sharp has developed a compact 3D camera module that can capture HD quality video when plugged into a mobile phone. the new devices will begin being produced this year and will be the first of their kind when they are released. the camera uses two separate lenses, which each capture video simultaneously allowing them to create 3D images.  the small module can be plugged into a mobile phone, piggybacking on thee phone’s built-in video functionality. the new device is not only the first of its kind but it will also put 3D video capturing into the hands of a much wider audience. 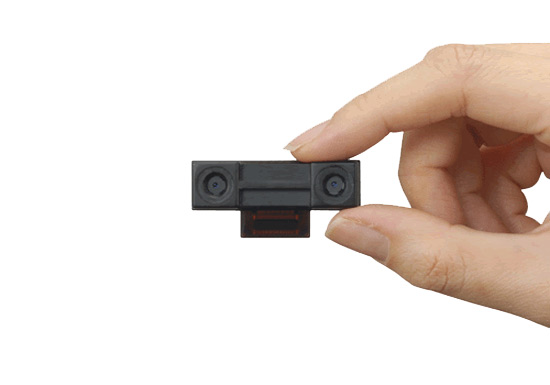