with a three-dimensional food printer, the future of food is just a mouseclick away.

not the only device of its kind, but arguably the most advanced, the 3D food printer is designed and being further developed in america by cornell university’s computational synthesis laboratory, headed by dr. jeffrey ian lipton. the team’s [email protected] technology, designed as a collection of open-source rapid prototyping systems, allows three-dimensional objects to be ‘printed’ by a syringe, whose movements are determined from computer blueprints and models. layering lines of material ultimately generates a three-dimensional object in a process they call ‘solid freeform fabrication.’ 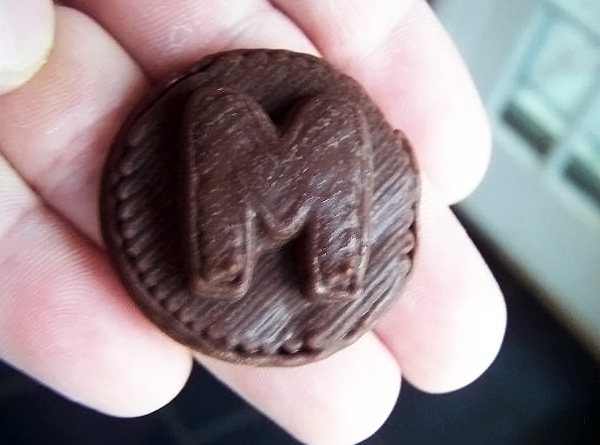 detail view of a piece of chocolate created with the machine

although they are in no way limited to food, [email protected] machines have already been used to print chocolates, cookies, and even domes of turkey meat. while previous models have typically used only one syringe, the cornell team is now working with them in multiple, to permit the combination of diverse ingredients in precise proportions.

currently, only liquids and gels can be used as cartridges, and the researchers have already experimented with cheese, cake batter, chocolate, and dough. promisingly, current research that involves mixing raw foods with hydrocolloids, creating a gel, may soon expand the repertoire of foods that can be used in the machine.

examples of the device in use, printing chocolate and frosting shapes

on a broad scale, the device would not only increase the ease and availability of healthful food to individuals who are unable or unwilling to cook for themselves, but also produce a number of ecologically beneficial effects, as it decreases the number of intermediaries involved between food production and ultimate consumption. some researchers wonder if one day, 3D printers would even permit the ‘growing’ of near-raw foodstuffs. 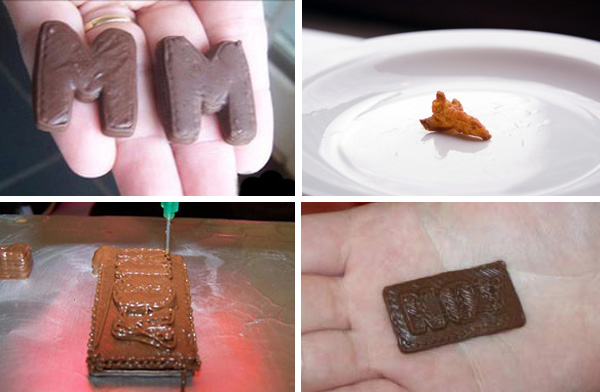 moving forward, lipton foresees the greatest difficulty to be allowing consumers at home to create their own custom food inks, because different materials will each behave differently.

nonetheless, he imagines ‘chefCAD’ software that will allow people to design and print their own food constructions, share recipes (fabApps), and easily modify blueprints to reflect personal tastes.

already, the use of 3D printing on frosting can be used to create easily degradable molds and casts. if it becomes difficult to release the object, the cast can be quickly dissolved in water or broken. because one of the major benefits of 3D printing is its consistency and repeatability, it is simple to create identical new molds. 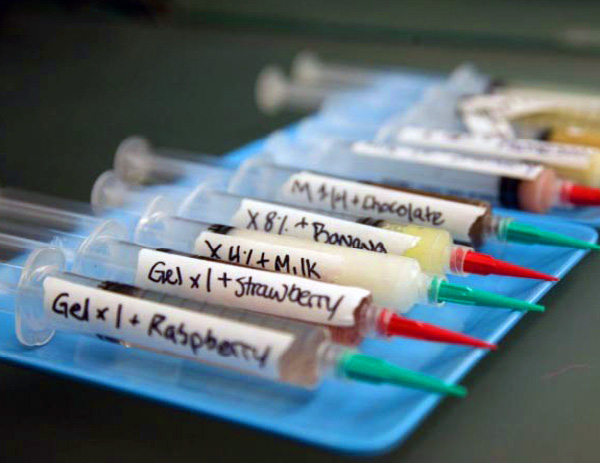 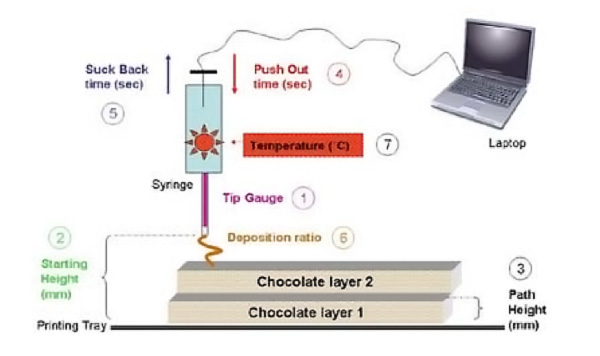 this diagram illustrates some of the variables that must be adjusted in printing chocolate, suggesting some of the ways in which recipes can be customized pending further developments of the printer