as one of the millions who eagerly watched the trailer for the upcoming star wars movie, le fabshop were fascinated with the new lightsaber configuration which appeared in the short, yet positive-responded scene showing an unknown sith lord walking through a snowy forest. like many others may agree, the french makers could not wait to see the design again so decided to 3D print their own called ‘customizable crossguard lightsaber‘, to investigate whether the form was in fact useful or just for show.

using their selection of 3D fabricators, le fabshop decided to make the product completely customizable so that users of markerbot’s thingiverse could download the files and create one themselves. the modular system that they formed, makes hundreds of features possible such as changing its color to appear like different jedis. however, due to the relatively brief and dark clip of the sith lord’s saber, the designers’ creation was influenced by both their imagination and interpretation of the video. 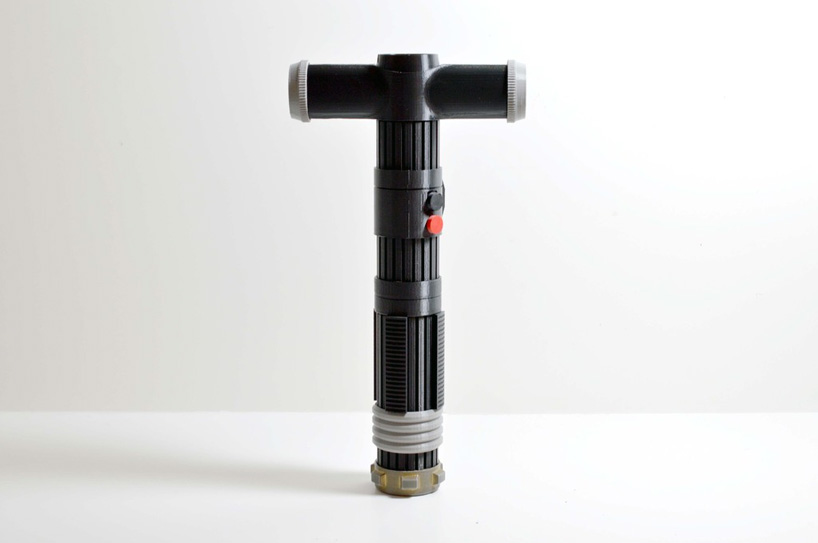 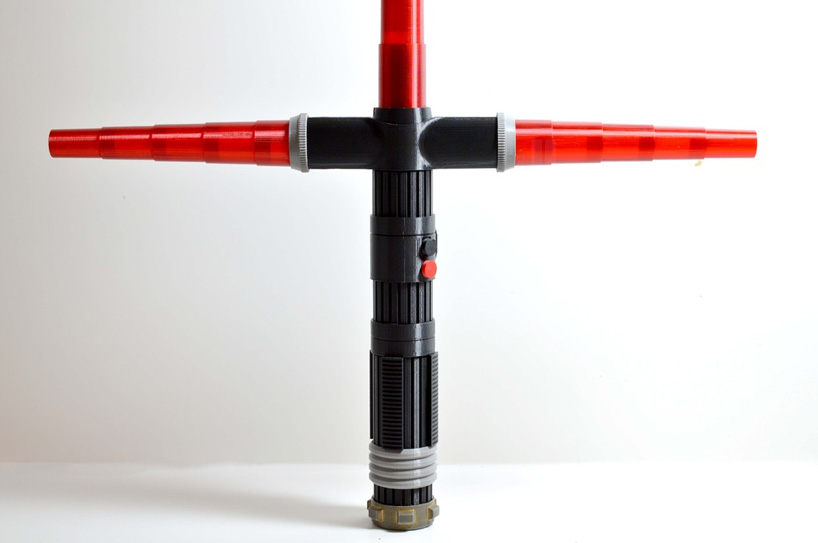 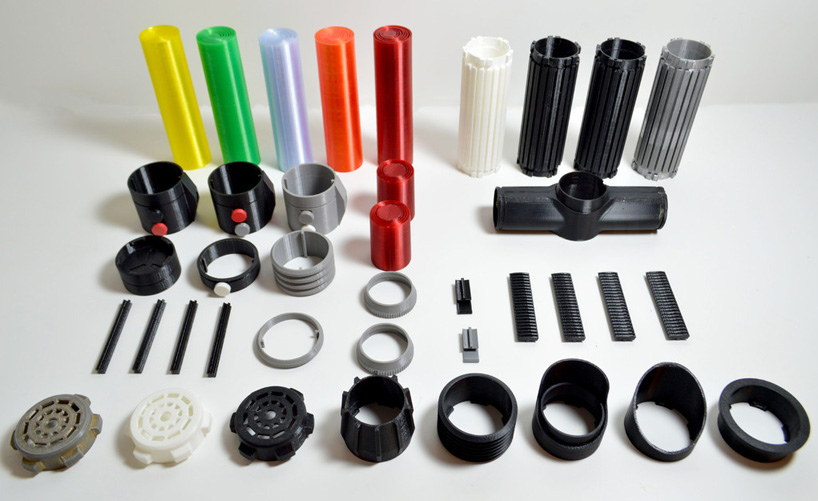 the 3D parts of many different lightsabers 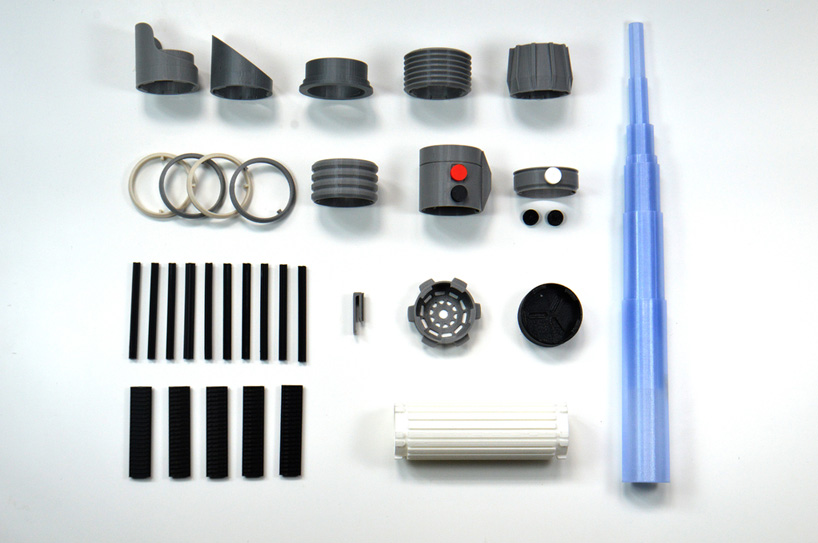 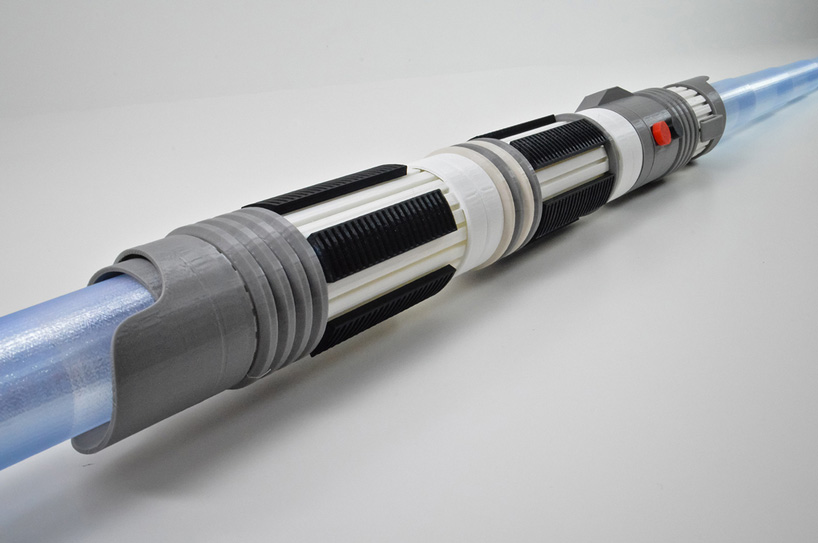 this double-ended saber is another product of le fabshop 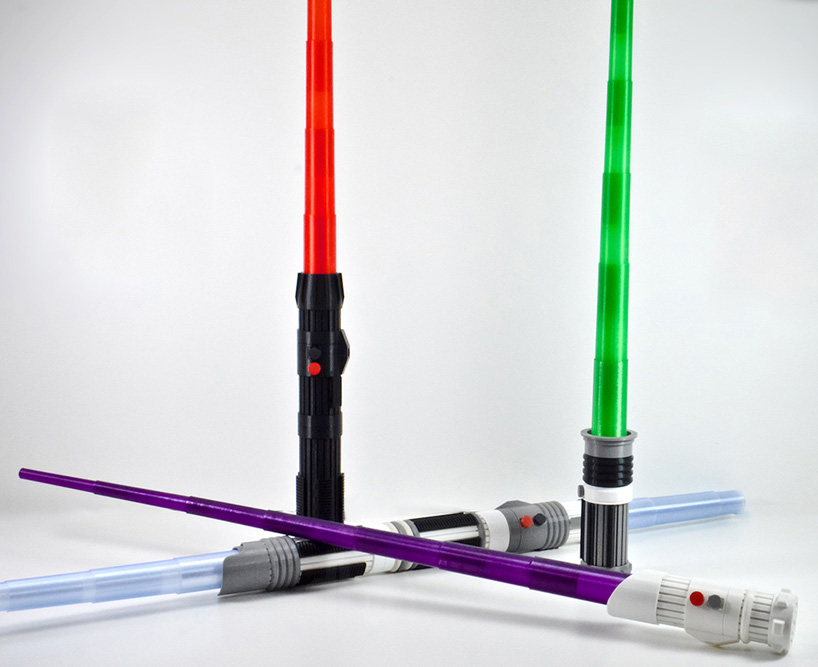 other possibilities of 3D printing 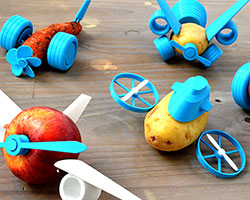 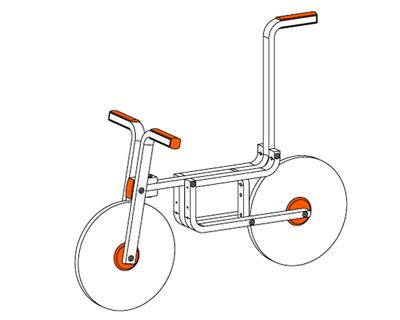