among his previous experiences of designing vehicles at mclaren automotive and working with landrover jaguar advanced design studio, london-based designer nir siegel has proposed the radical idea of a 3D printed car for his thesis project at the RCA that would assemble itself in front of the buyer. the concept, entitled ‘genesis’, utilizes a robotic 3D printer that comes in a monolithic box – ready for assembly. unlike traditional stationary additive manufacturing processes however, the 3D printer constructs the car around itself, and can be built according to a users specifications from home. 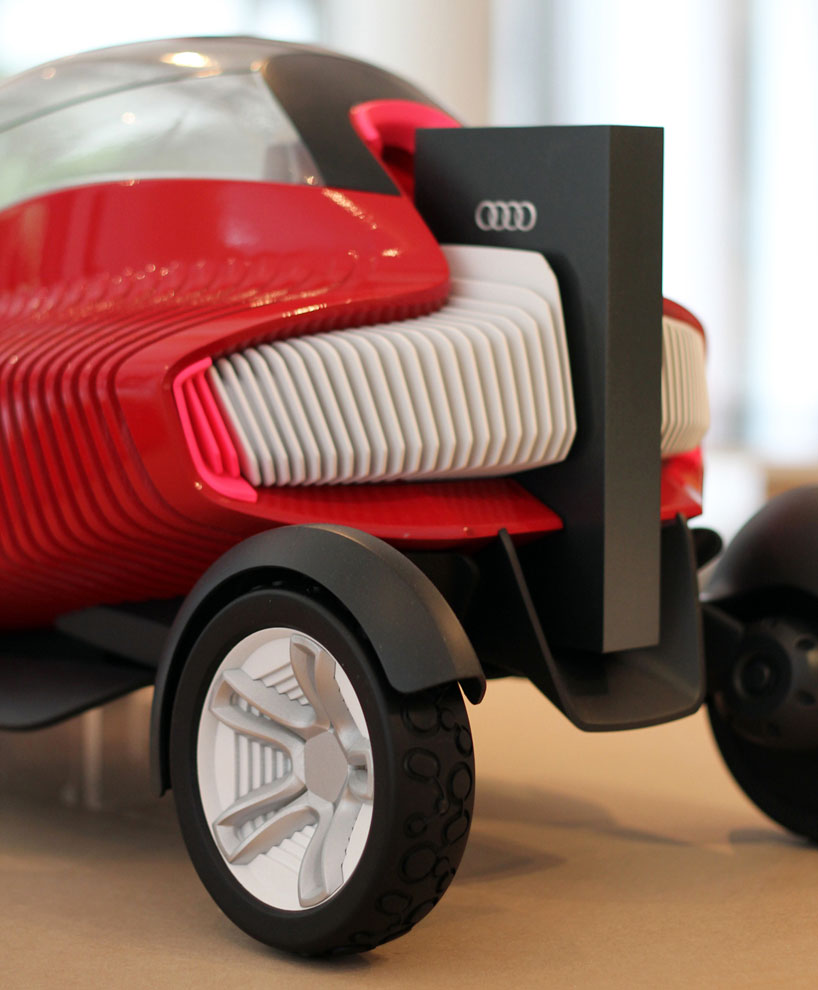 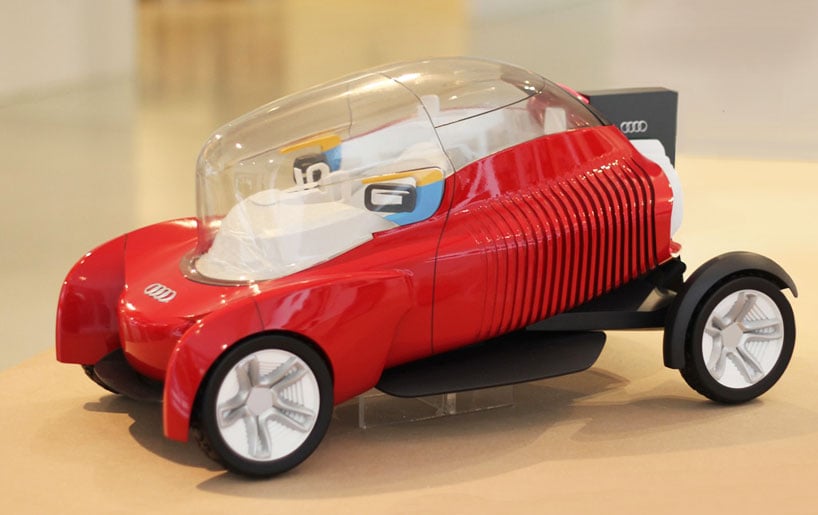 entitled ‘genesis’, the project utilizes a robotic 3D printer that comes in a monolithic box ready for assembly 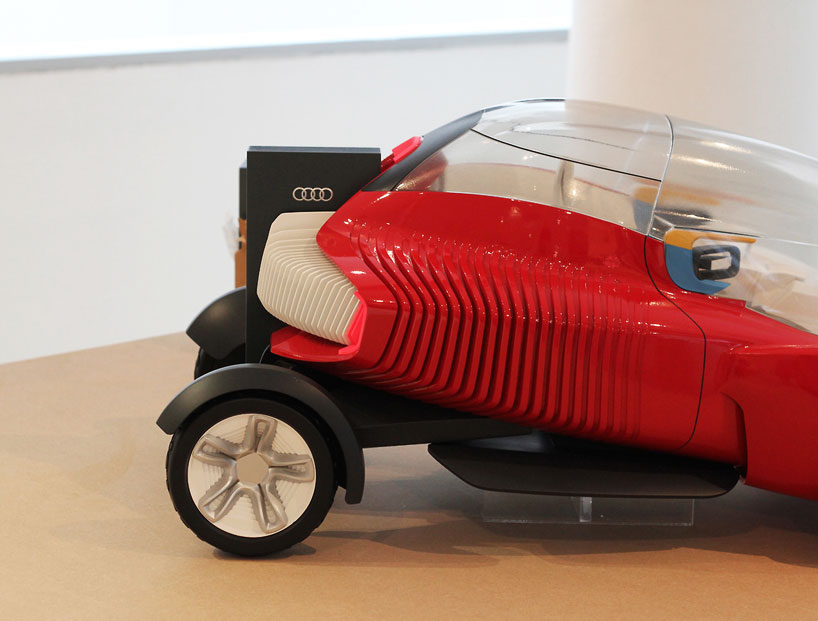 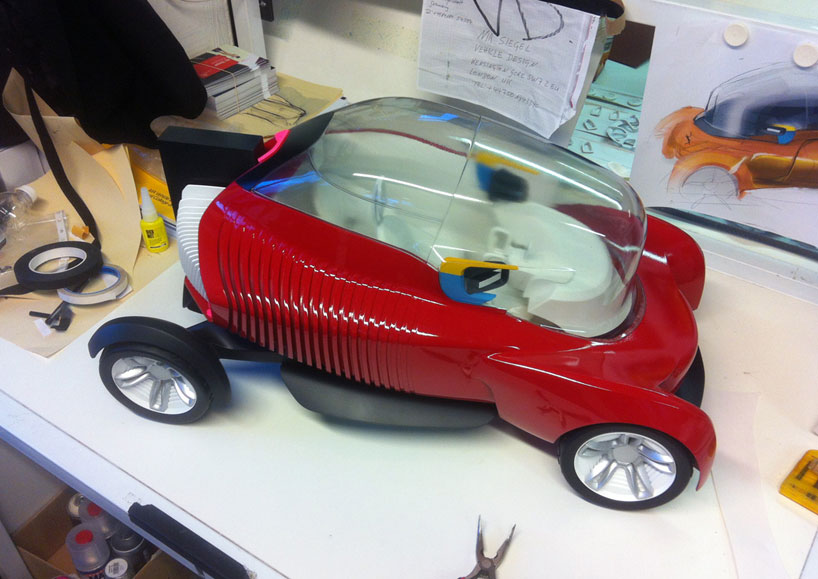 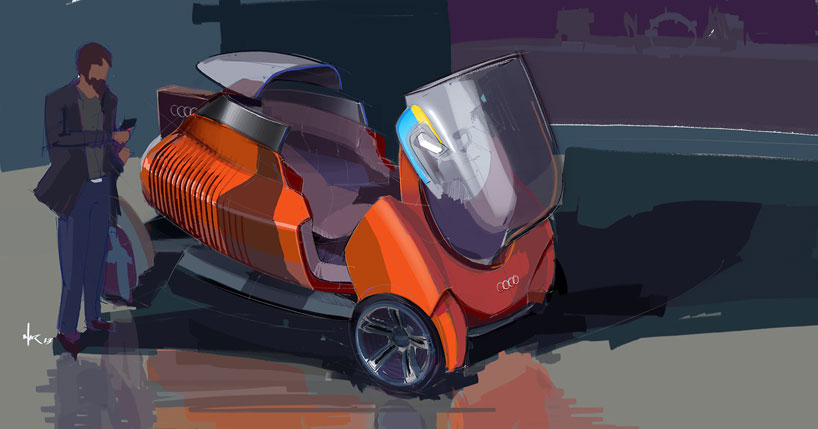 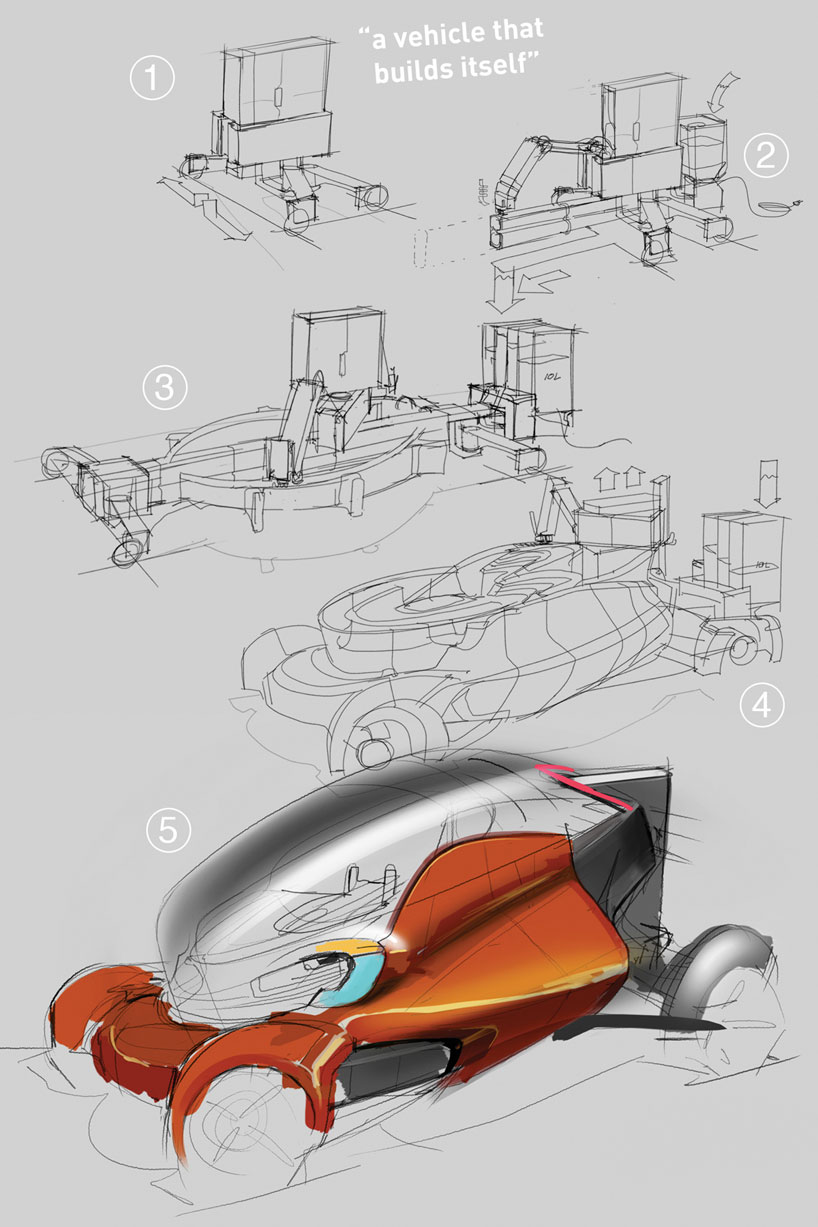 scenario – ‘a car that builds itself’ 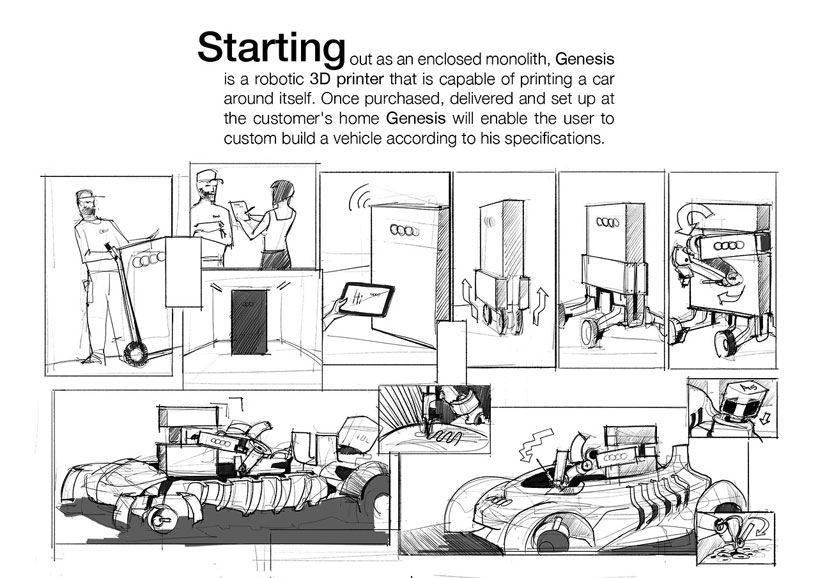