‘live park‘, created by interaction and theme park design company d’strict, is a 4D theme park, integrated with kinect, RFID-enabled bracelets, and data sensors to present a mixed physical/virtual -reality world for visitors. upon entering the park, a user creates an avatar for himself that will be his virtual reality doppleganger throughout the span of his visit. he is tracked via an RFID bracelet by each area of the park so that his avatar is automatically entered into the virtual world of the exhibit he is currently experiencing.

the park comprises over 16 interactive art and music installations, five virtual reality games, four performance spaces, a lounge, and ten other attractions, all organized under seven ‘stages’ or themes. ‘these seven attractions are comprised of themes of each different world,’ explains d’strict, ‘and spectators can experience the fourth dimension reality that actually covers a wide range of both virtual and real world [objects and events].‘ 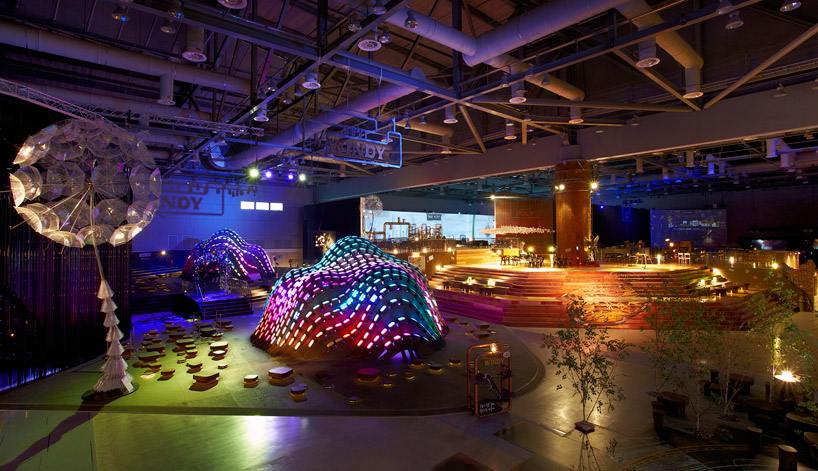 view from above of part of the park 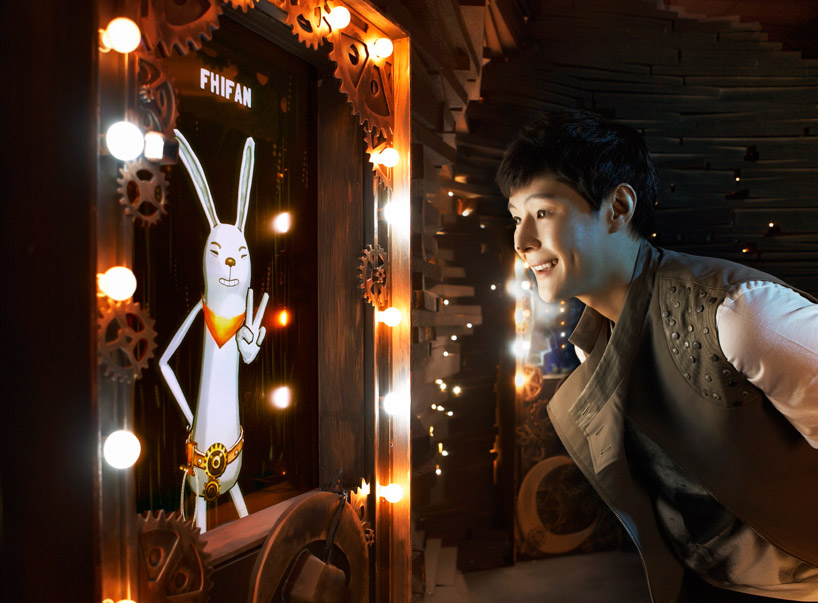 the park opens with ‘live gate’. here users create an avatar using RFID bracelets with mirror-like touchscreens or the ‘noi live’ app. this avatar will be their ‘identity’ throughout the park. several 3D art installations are also located in this area for visitors to interact with. 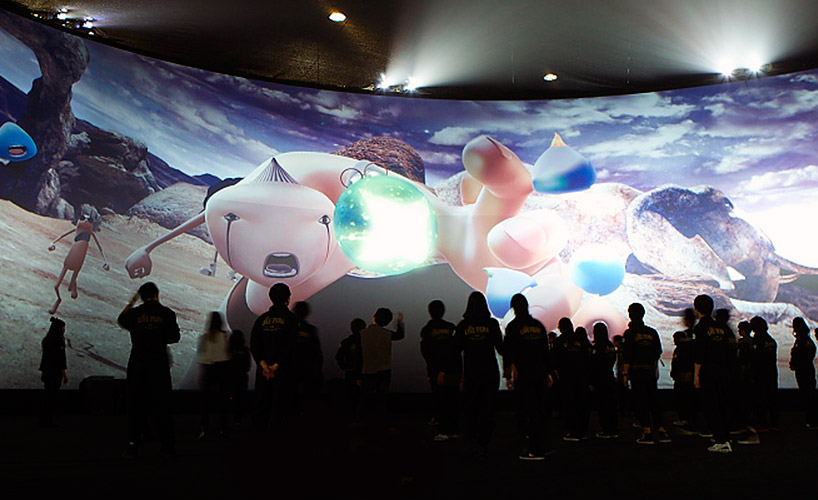 ‘live 360’ is one of the focal points of the park, a participatory space that is the world’s largest 360° cinema house at 27-meters in diameter. visitors are automatically ‘logged-in’ to the show from their RFID bracelets, and their avatars appear on screen. after watching a short immersive video (the ‘meta show’), the viewers themselves become the stars, with their avatars onscreen registering all of their movements and sound. it is these movements that collectively will determine the ending of the ‘meta show’. 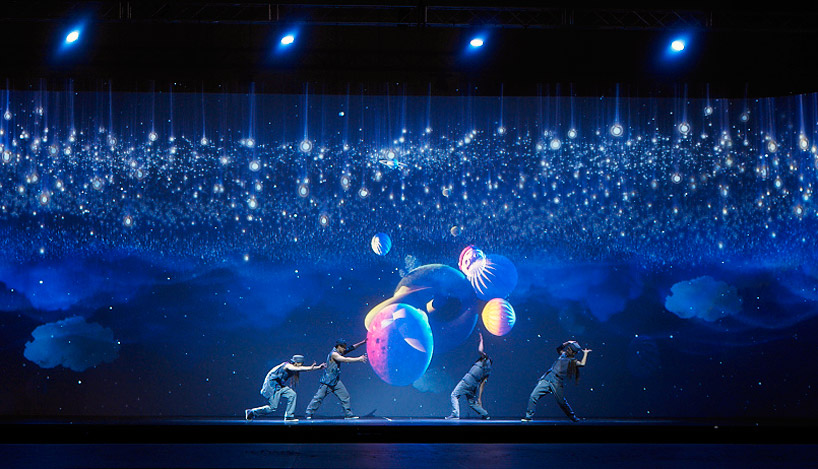 among the many interactive art and game spaces of ‘live park’ is ‘live square’ is a 150-meter piazza where several multitouch tables and a projection wall are installed to let users interact with eight games.

the ‘live holo’ room showcases ‘hologram performances’ of famous korean and international music stars. upon entering the concert hall, audience members can take the stage both physically and via their avatars to join the performance. 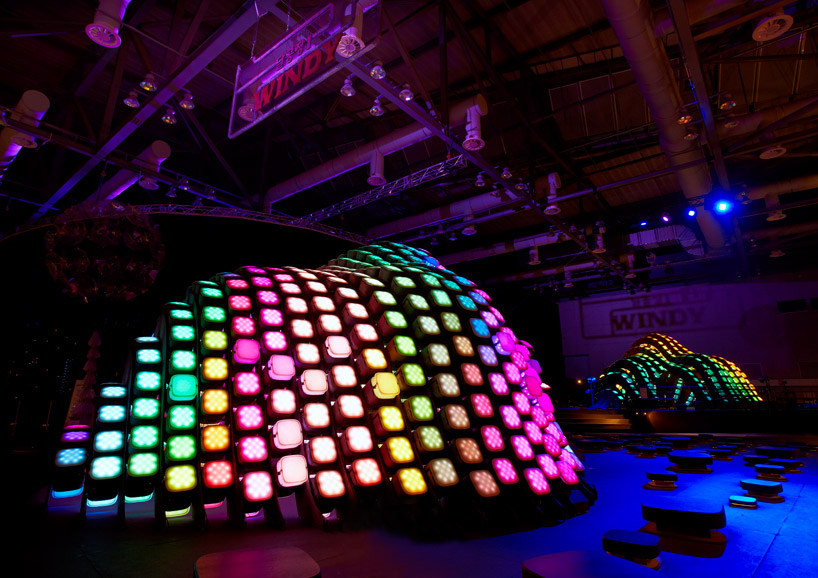 the ‘live capsule’ installation is composed of 1000 sensors, a playing space where visitors create light and sound effects by stepping on the multicoloured light blocks.

the 3D virtual space of ‘live miro’ invites two people at a time to create music through their body movements in an immersive space. a ‘body tracker’ connected to a 3D camera senses the motion of users’ joints, while polarized glasses that visitors can wear enhance the effects of the installation. 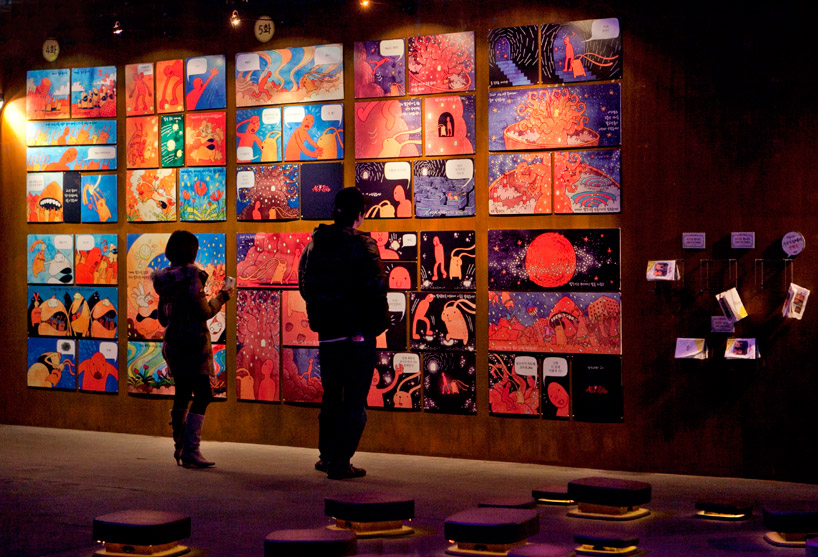 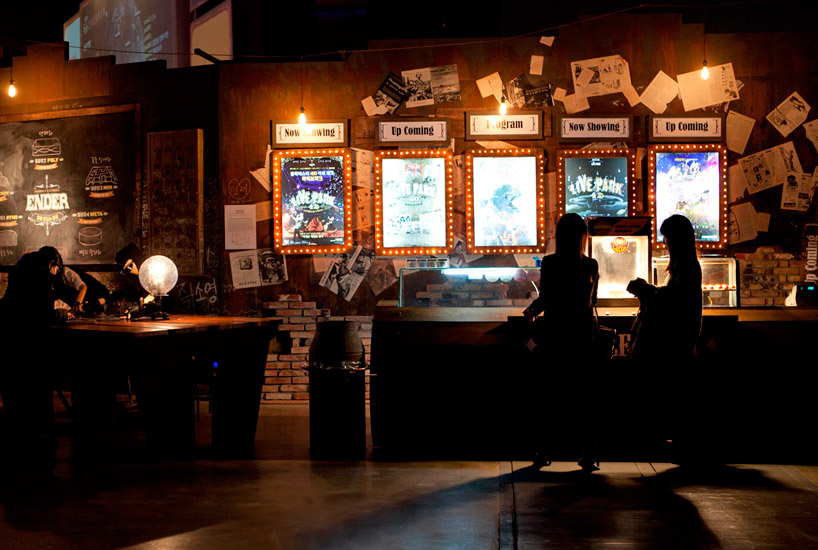 themed café-style lounges help direct visitors throughout the exhibition spaces without them losing the experience of a coherent, alternate world 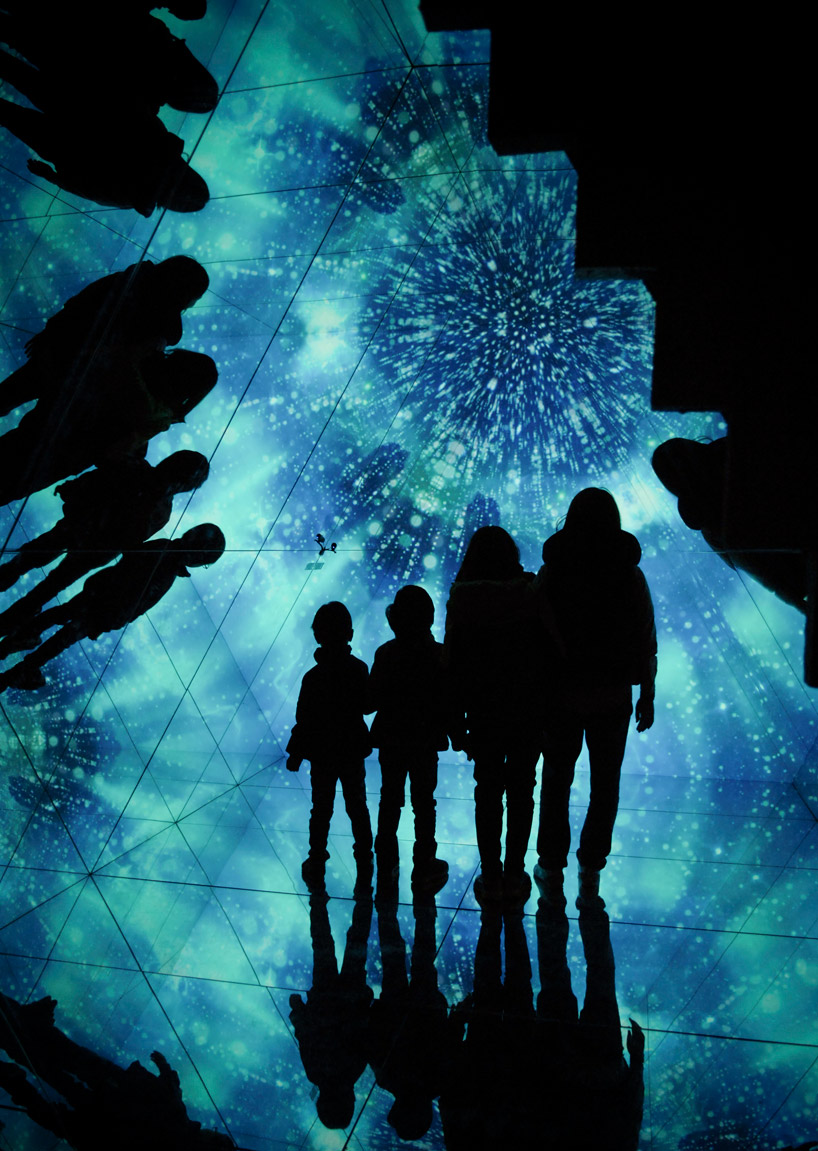 the ‘shuttle’ installation, part of the ‘ender’ theme of the park 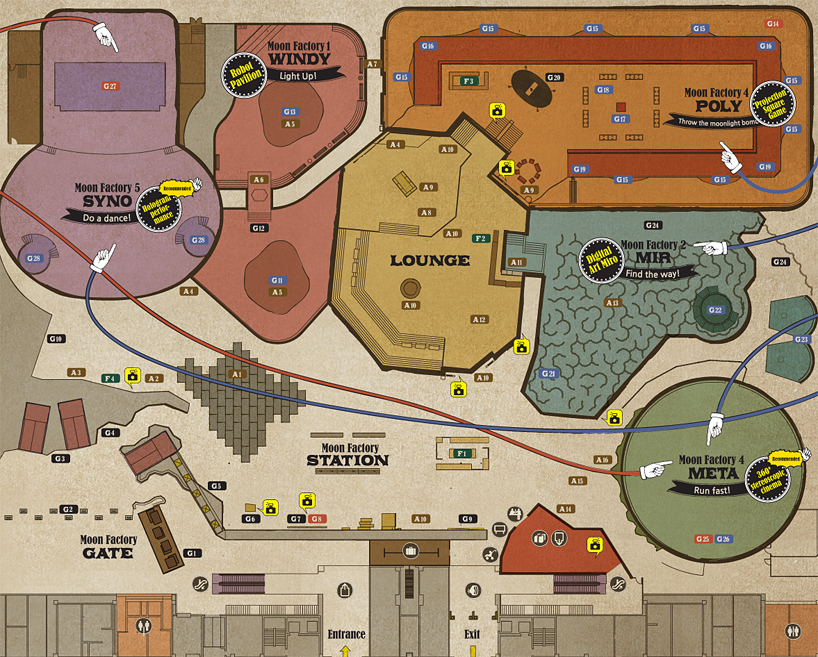 at present ‘live park’ is temporarily installed at the kintex center in south korea, but plans have already been set to construct permanent facilities in china and singapore. d’strict is currently in talks with hollywood companies and hopes to announce this march a version of ‘live park’ for construction in LA or las vegas.