drones, or unmanned aerial vehicles, are used without a human pilot aboard and are typically operated from automatic systems.

fourth of july celebrations get a little update this year as intel will provide a choreographed light show at travis air force base in california. instead of fireworks 500 shooting star drones will perform an aerial routine to form the shape of the US flag, altering an independence day tradition that has been ongoing since 1777.

the intel drones are the same drones that preformed at the super bowl earlier this year and similar to those used by studio drift and BMW to illuminate miami beach during art basel 2017. celebrating the base’s 75th anniversary, the choreographed routine honors active military and veterans. ‘this drone light show will be a more inclusive july fourth celebration that can be enjoyed by all families, especially those with sensitives to the sounds of firework explosions,’ says intel. 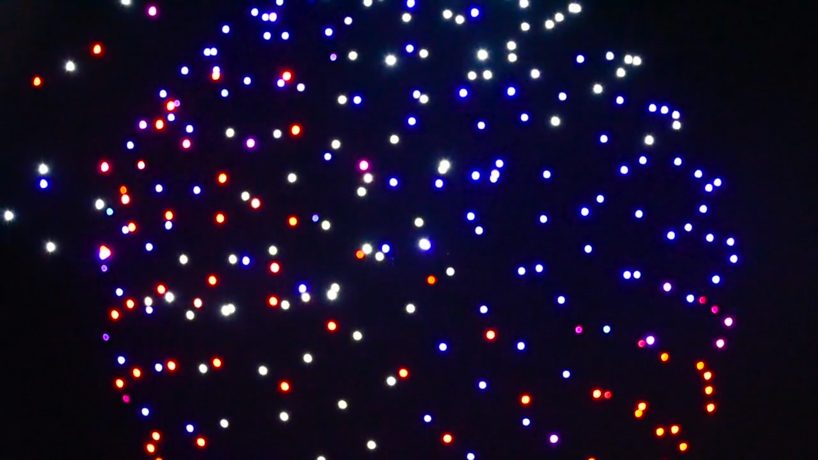 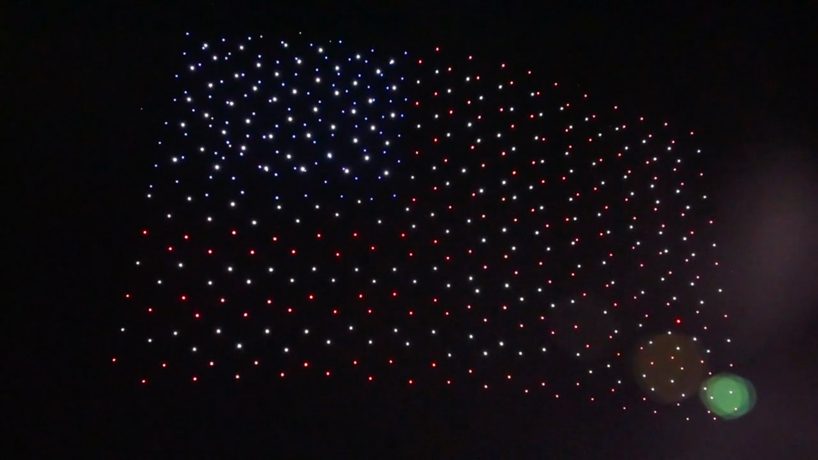 a reformation sees the US flag take shape 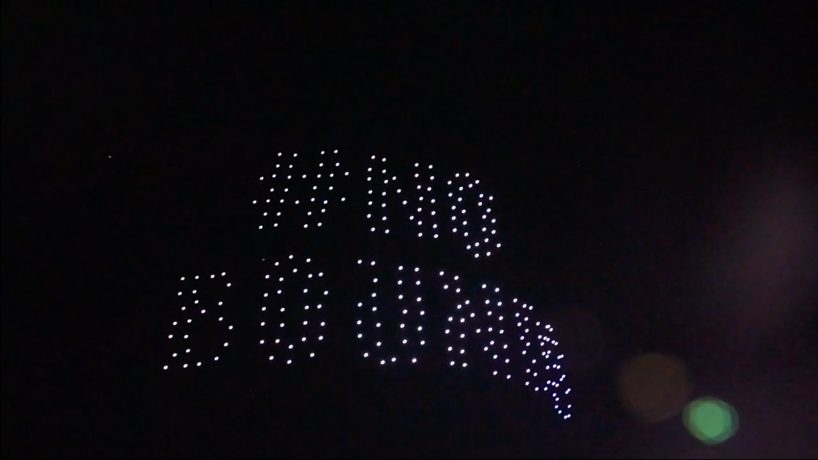 lastly, they reform one last time to express the hashtag ‘no bounds’ 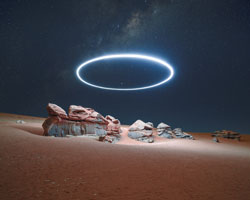