an impressive musical robot has taken the internet by storm, performing well-known masterpieces on a set of …calculators. dubbed ‘A-HOGE’, the artificial virtuoso is comprised of four robotic arms, which move thanks to a combination of stepper and servo motor mechanisms. once in place, the robot sits in front of four meticulously aligned calculators, pressing their keys to produce different melodies. 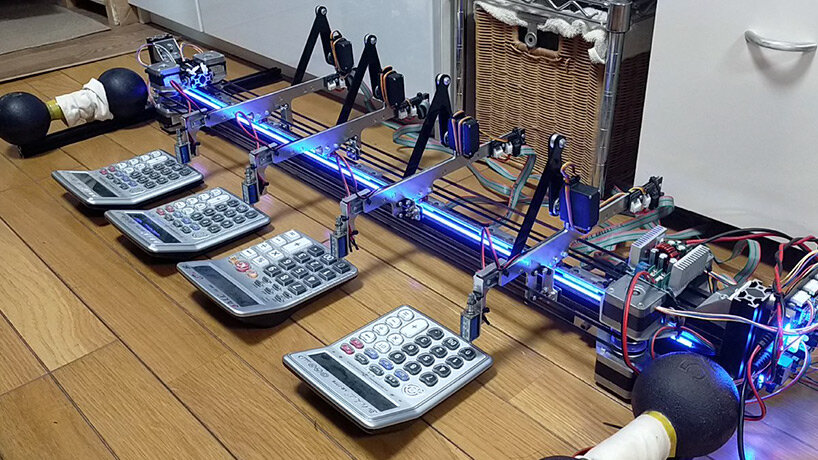 all images courtesy of @goto_statement

it seems like the idea behind this ingenious mechanism comes from mr. hitome, who is known for performing musical pieces on calculators. however, the robot is actually constructed by twitter user @goto_statement, who posted a viral video of A-HOGE performing the ‘turkish march’, one of mozart’s most famous compositions.

the same user has posted a couple of longer videos on their youtube channel, where the robot plays other well-known pieces, such as ‘canon in D’ (pachelbel’s canon) or ‘a cruel angel’s thesis’, the opening theme from the famed anime series ‘neon genesis evangelion’. 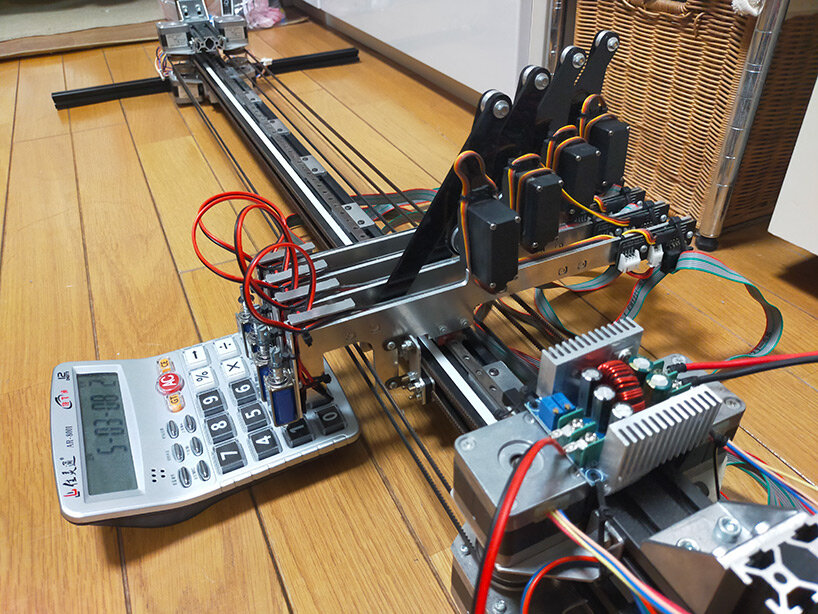 in these videos,  A-HOGE begins to hit the calculator keys with tremendous momentum, with each one of them producing a different note. the whole project could be described as an alternative electronic musical instrument, where funnily enough, the sound of the keystrokes seems to stand out more than the melody itself. this detail is what entertains most viewers, along with the precision and momentum of A-HOGE which cannot be reproduced by human hands. not only the sound, but also the arm that moves according to the flow of the song is full of visual appeal. 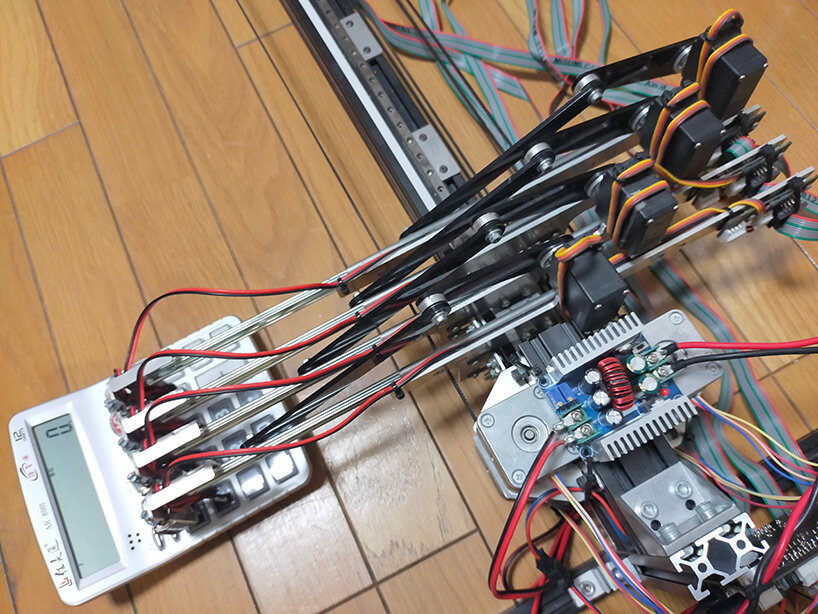