a spacecraft for all – a chrome experiment by google creative lab

the latest chrome experiment ‘a spacecraft for all’ by google creative lab allows you to explore the amazing 36-year-long journey of the International Sun/Earth Explorer 3 (ISEE-3). the website, which was made using the latest web technologies such as WebGL, WebAudio and threeJS features an interactive documentary and live updates from the spacecraft.

a spacecraft for all – official trailer

ISEE-3 was launched by NASA on august 12, 1978, into a halo orbit. it was one of three spacecraft, along with the mother/daughter pair of ISEE-1 and ISEE-2, built for the International Sun-Earth Explorer (ISEE) program to study the interaction between the earth’s magnetic field and the solar wind. after twenty one years of service it was finally decommissioned by NASA.

in 2014 dennis wingo and keith cowing formed the ISEE-3 reboot project, a crowd funded effort to attempt to get contact and gain control of the ISEE-3 spacecraft for the benefit of citizen science. the team raised almost $160,000 USD in funding and assembled top space experts for the cause. in may 2014 they began successfully communicating with the spacecraft in advance of it’s august lunar flyby.

a spacecraft for all by google creative lab tells the complete story of the ISEE-3, through film, 3D graphics and web tools. 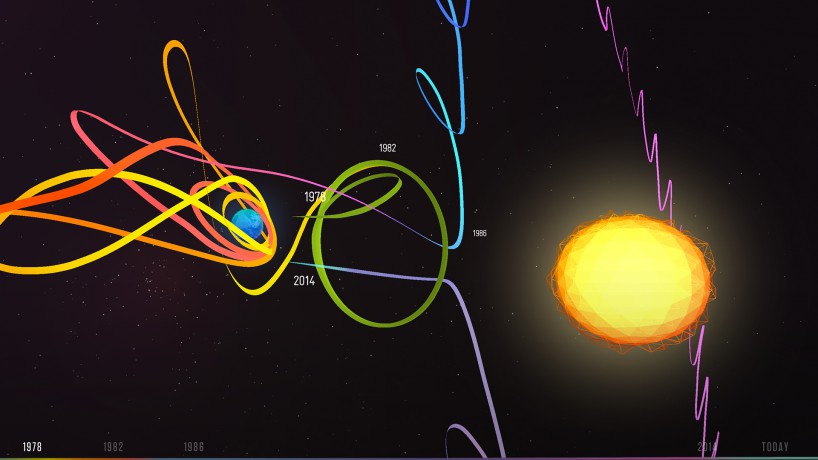 to learn more about the project designboom spoke to richard the from the google creative lab:

designboom: please can you tell us how the google creative lab became involved with the project?

richard the: we heard about the ISEE-3 reboot project’s crowdfunding campaign and got really excited about this unique citizen science effort. as designers and creative technologists we wanted to know what we could do to help.

the concept and design for ‘a spacecraft for all’ was carried out by the team at google creative lab, most notably: phillip stockton (film direction), suzanne chambers (production) and george michael brower (creative technology) but there were many more people involved [see credits at end of article]. the site was built by the incredible active theory and the story section was shot by flies collective. 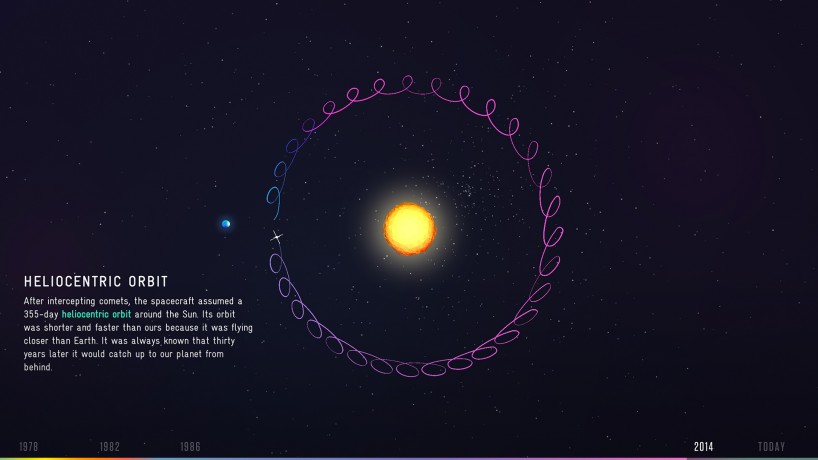 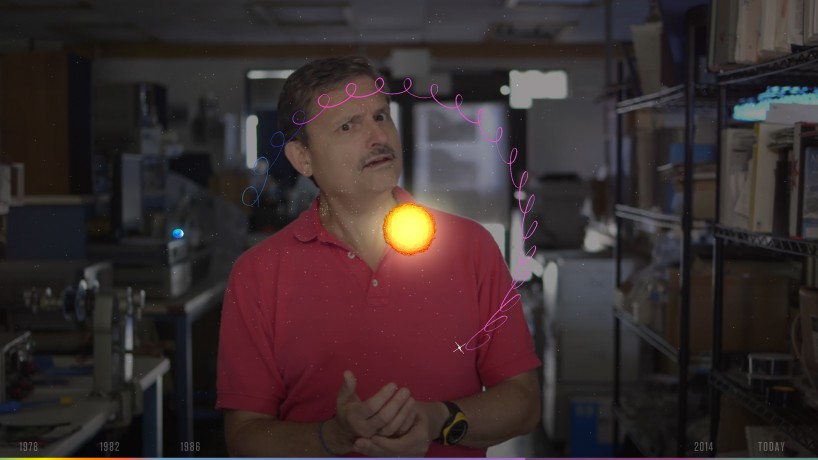 DB: what were some of the key stages in the project’s development?

RT: it was a super fast process; we designed everything 2 months ago, the footage was shot, edited and the site built within the last month.

we realized quickly that the most valuable things we could do were to tell the amazing story, help people understand some of the scientific concepts, and help the reboot team distribute the scientific data to the world. then it was all about how to best do this using the tools we have at our disposal.

the most novel and unique aspect was the journey section where we are combining linear video with interactive 3D graphic visualizations. here we had to plan a shot with a good composition, and then hope the final footage  worked well with our design. there was an amazing iterative process going between graphic and UI design, film and code until we got it to the point we wanted to have. 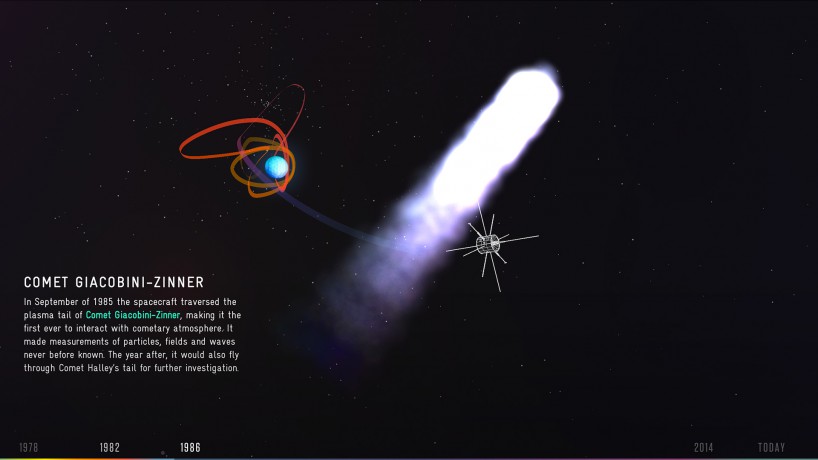 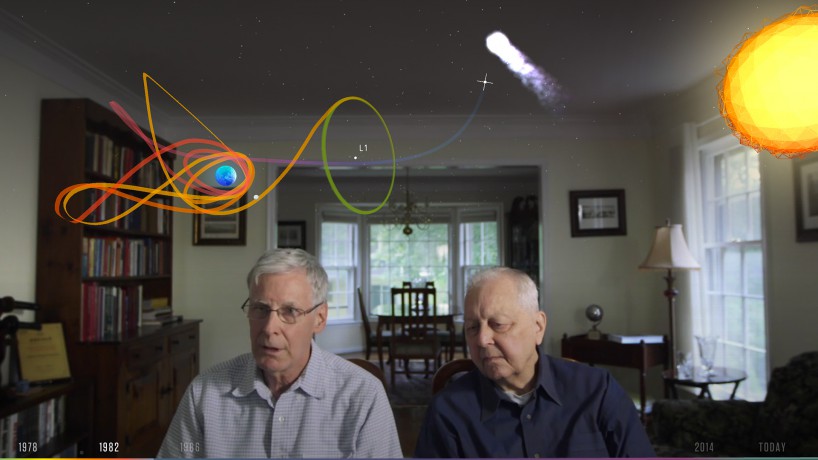 DB: what goals did the team set itself at the beginning of the project?

RT: our main goal was to amplify the signal this crowdfunding team is broadcasting to the world. we realized quickly that in order to reach a broader public we needed to make the mission, the science and the technology easy to understand and accessible.

we set out to do so using research, video, writing, graphic design and information visualization. we needed to make the invisible invisible, in a way. you can’t see the satellite, it doesn’t create any imagery, and even the raw data is not very easy to understand by itself.

first we came up with this somewhat novel visualization format, with video descriptions and interactive graphics and visualizations layered on top. second we set up a live system that displays the approximate current position of the satellite in space. we used this system during the live hangout on august 10, where the satellite was the closest to earth it’s been in more than 30 years. there is no way to see that, so we made it visible in a 3D visualization you can explore while listening in with the hangout. 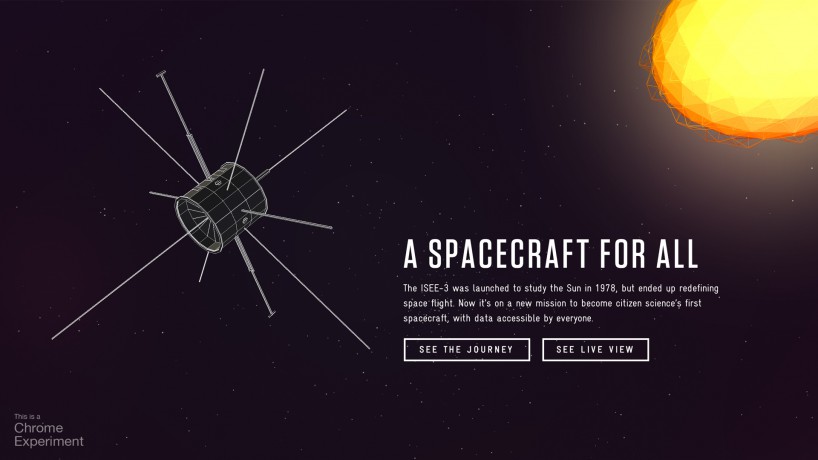 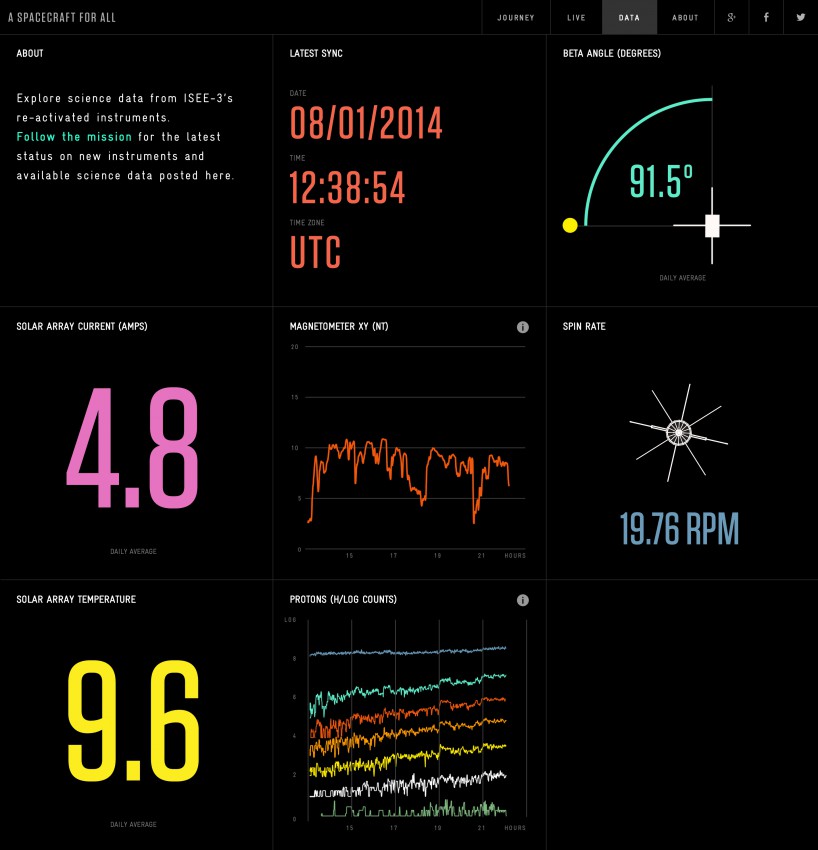 explore scientific data from the ISEE-3

DB: what were some of the biggest challenges in realizing the project?

RT: one challenge was to get the layered illustrations right – because we were dealing with interview footage you cannot really plan a shot 100% accurately and it requires a lot of back and forth between code, design and video editing.

the second challenge was that this story was unfolding as we were working on it. some things, like the failure of the propulsion system, were things that happened in the middle of our making process, and we had to incorporate that new reality into our overall story. 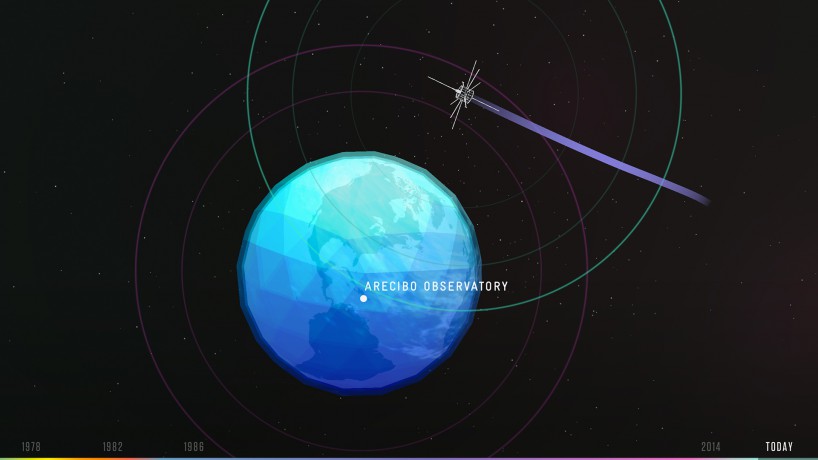 users can monitor the whereabouts of ISEE-3 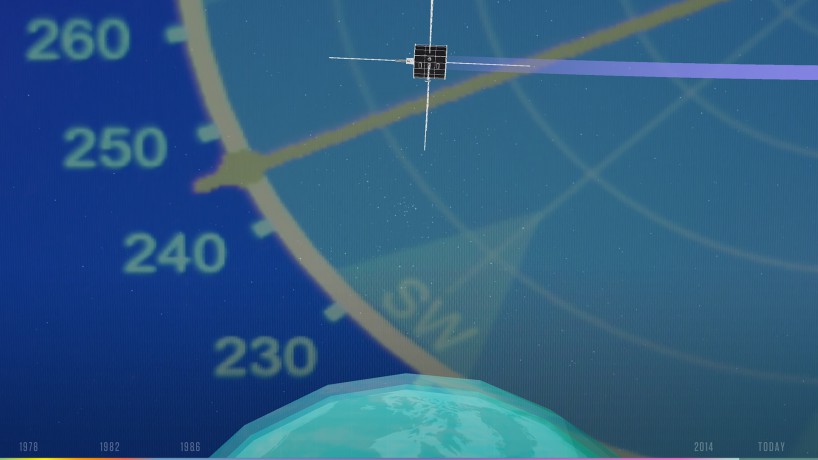 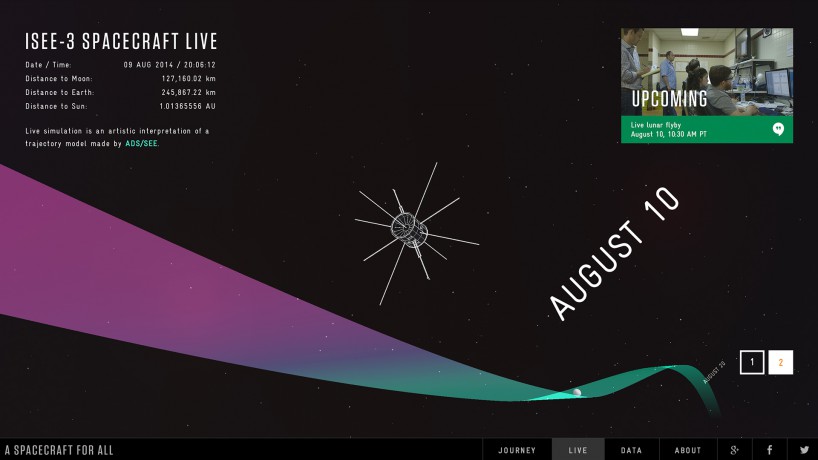 on sunday, august 10, the spacecraft was the closest to the earth that it has been in 30 years. to celebrate this fact some of the original scientists who worked on the project, as well as some of the new scientists who are taking it on, regrouped via a Google+ hangout. 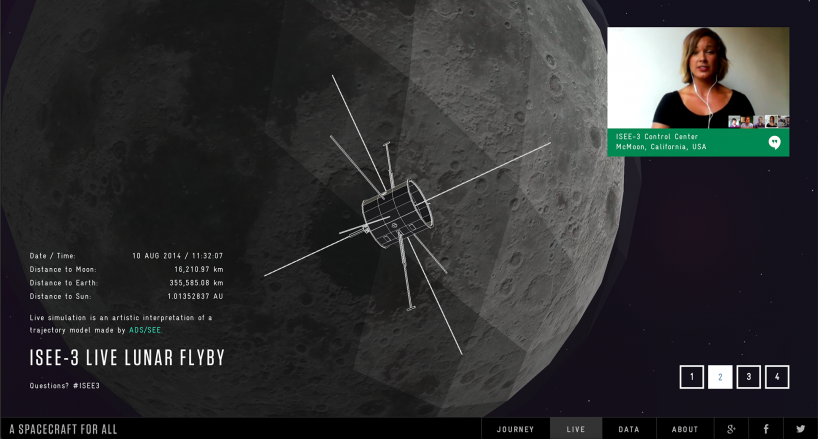 fire up chrome and explore a spacecraft for all »

Aug 17, 2022
MIT researchers use air in 3D-printed material to detect its pressure & movement
the researchers create sensing structures via a 3D-printed lattice material and incorporate air-filled channels into it as sensors.
technology
0 shares
connections: +1270