collaboratively created by new north press, A2-type and chalk studios, the ‘A23D’ is a 3D-printed letterpress font that was exhibited at the V & A museum as part of london design festival’s graphic weekend. the composition connects the newest and oldest forms of press-work by being fabricated using 3D-print technology and pressed in a traditional print studio. the form references the project’s manufacturing system nature with a wireframe mold construction. a documented film shows how scott williams and henrik kubel of A2-type and model-makers of chalk studios progress the project from preliminary sketches to the first inking. 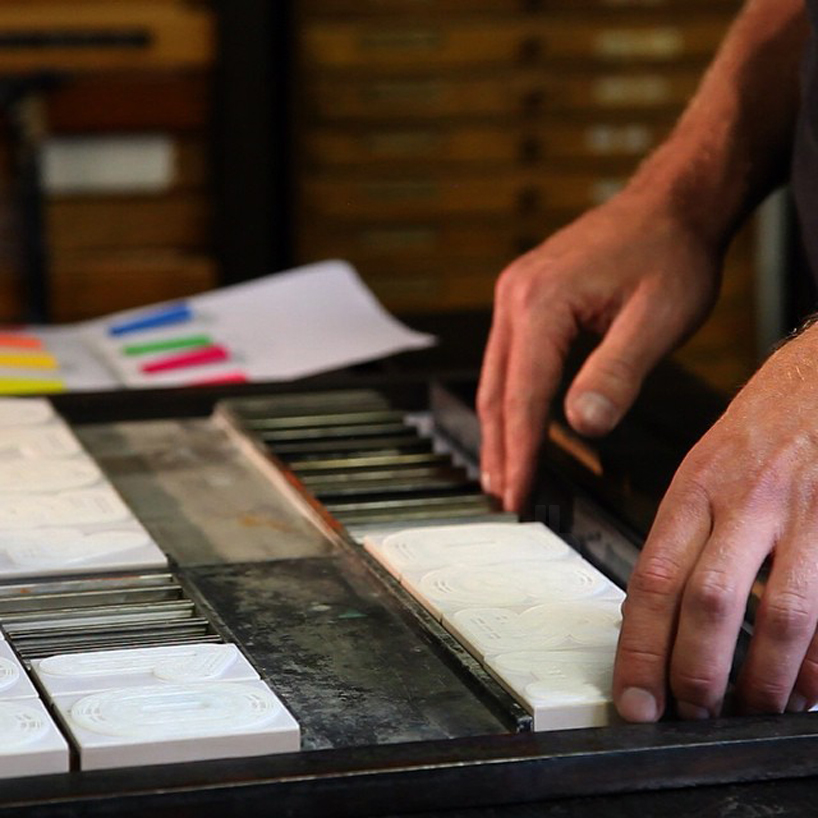 the project was funded by the arts council 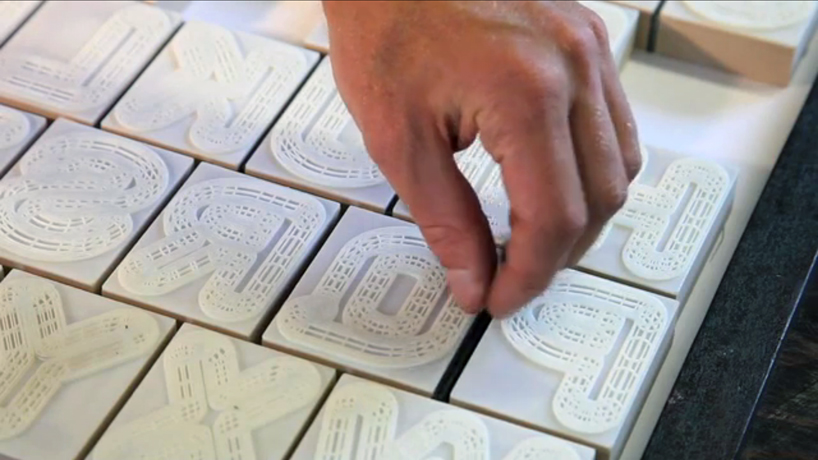 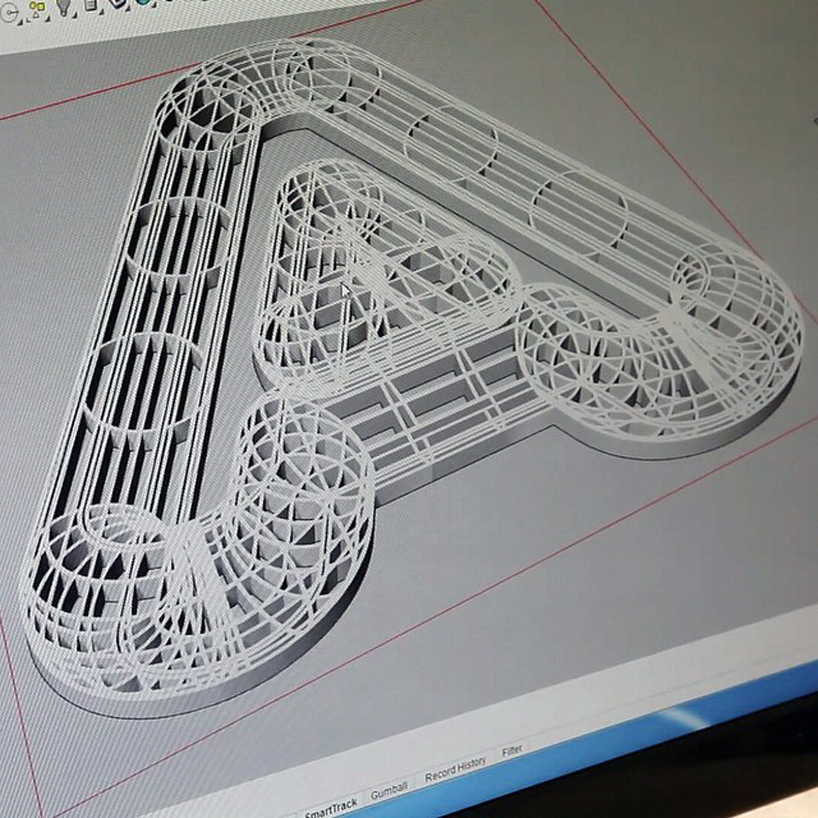 CAD software was used to construct the font 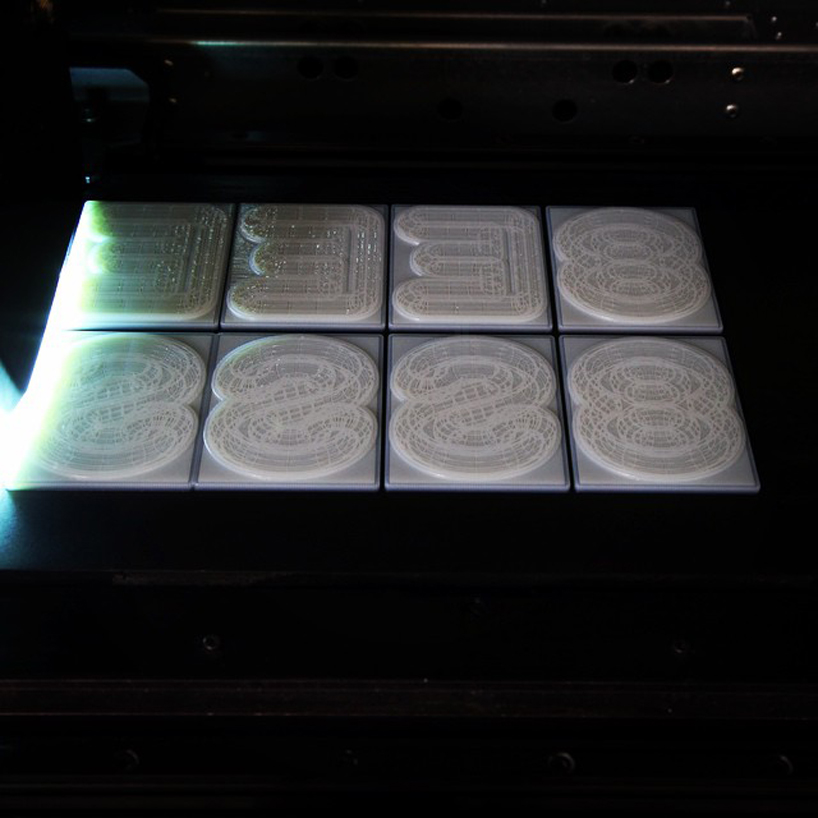 Es and Ss on the photopolymer print bed at chalk studios 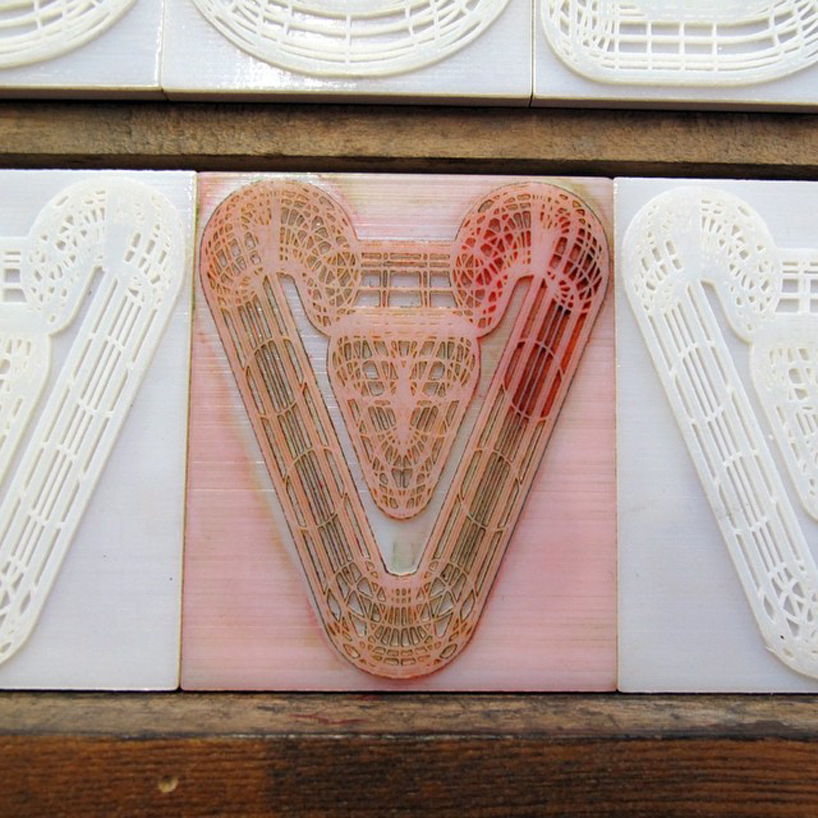 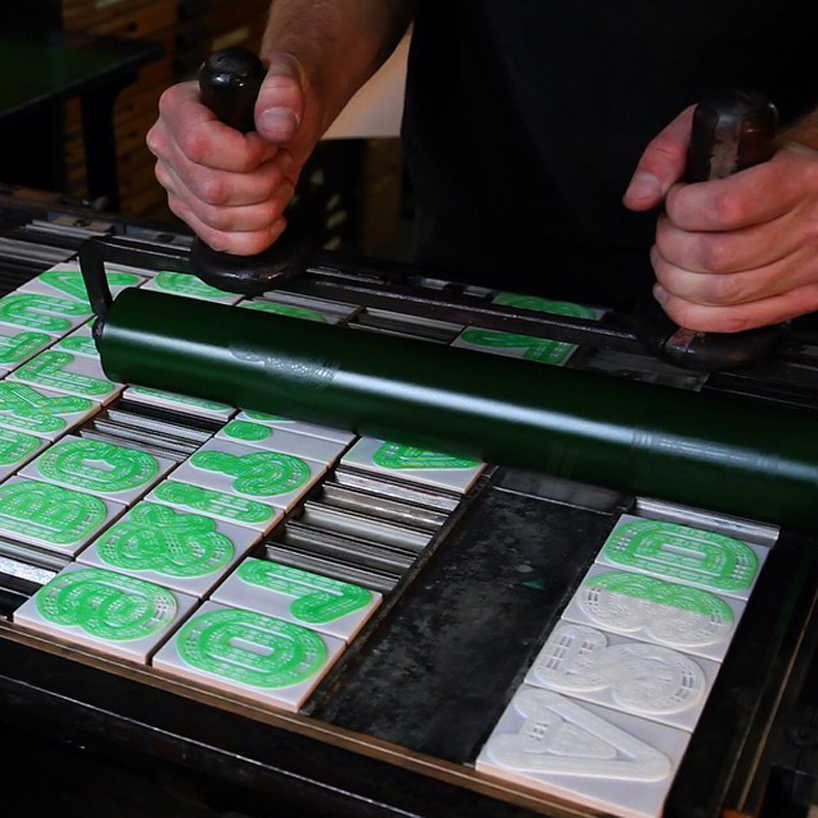 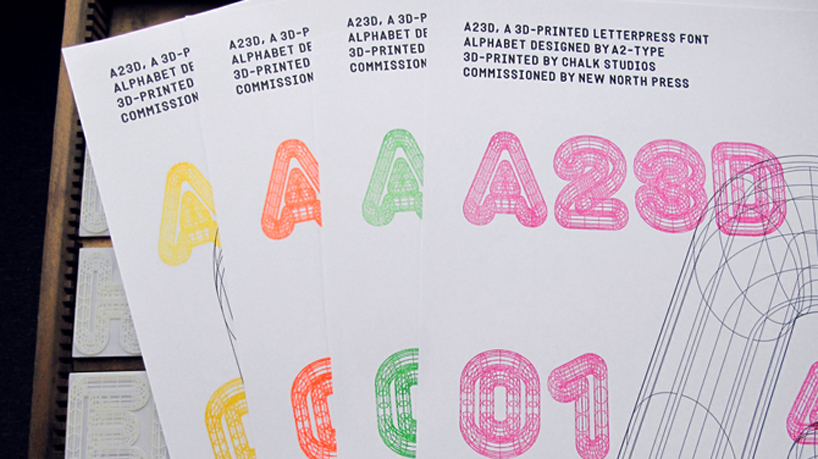