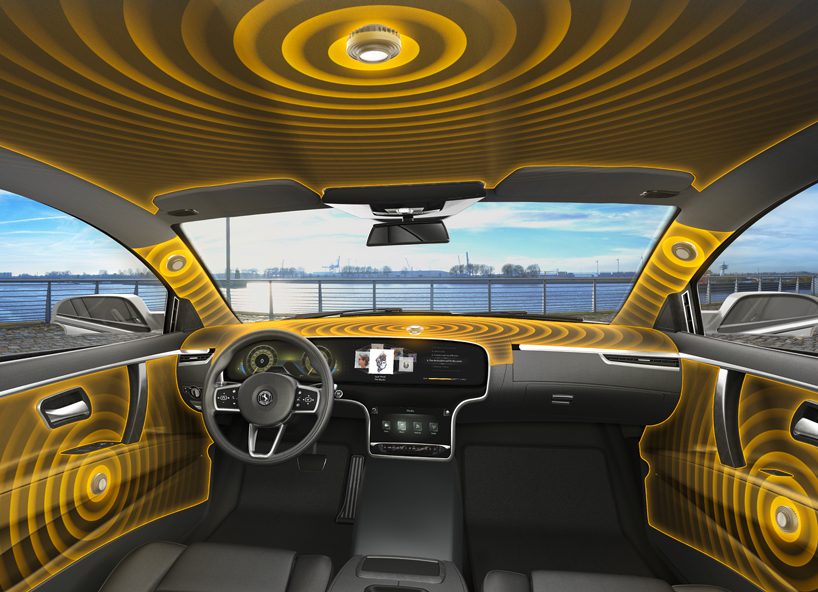 the ac2ated sound continental system replaces conventional loudspeakers with actuators that create sound by vibrating certain surfaces in the vehicle. the advantage of this is that it lowers weight, while reducing box volume and lower electricity consumption.

the sound waves are generated by compact actuators, which are similar to the core of a conventional speaker. these transducers consist of a magnet and a coil, which generate micro-vibrations. however, instead of an oscillating membrane which is part of a current speaker, larger existing components and surfaces in the vehicle are excited by the transducers to radiate the sound. ‘if you take a violin for comparison, the bow and strings are the transducer. the violin’s bridge equals the location and bonding of the transducer to the surface which equals the instrument body’, says dimitrios patsouras, director competence center NVH at continental engineering services. 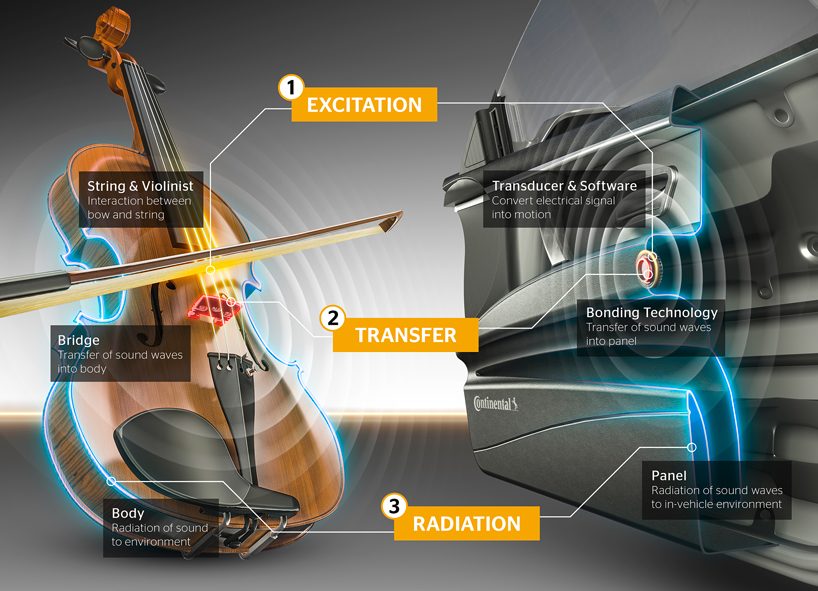 specific areas in the vehicle lend themselves to each of the required three main frequency ranges. ‘the a-pillar is suited for high frequencies, while the door panels, for instance, have the right properties for generating medium frequencies. similar to speaker technology, we use large components such as the roof lining or rear shelf to generate low frequencies’, patsouras explained.

to achieve a good 3d sound, conventional high-end car audio systems can easily require between ten and 20 or more speakers. owing to a conventional speaker design this gives the system a weight of up to 15 kilograms and a total box volume of 10 to 30 liters. continental’s speaker-less audio system can weigh as little as 1 kilogram and requires as little as 1 liter of total box volume. ‘however, the main benefit is the quality of the sound. even experts listening with a discerning ear have given us the highest praise for our invisible system’s acoustics’, patsouras said.