the acura ‘precision concept’ made its world debut at the 2016 NAIAS, pointing toward a bolder, more distinctive future for the company’s vehicle design. the concept was developed by the acura design studio in california to express the company’s brand DNA of precision crafted performance. with an emphasis on high-contrast details and the intersection of modern, sheer surfaces and organic sculpting, the concept communicates acura’s focus on performance and prestige through its low and wide stance, long wheelbase, deeply sculpted surfaces and the debut of the pentagon grille.

‘the acura precision concept is more than simply a concept vehicle, it is a design study model that literally will shape the direction of all future acura products around our precision crafted performance DNA,’ explains dave marek, acura global creative director. ‘the acura precision concept is the leading edge of a renewed commitment to delivering precision crafted performance in every facet of the product experience and creating a powerful and very exciting direction for the next generation of acura models.’ 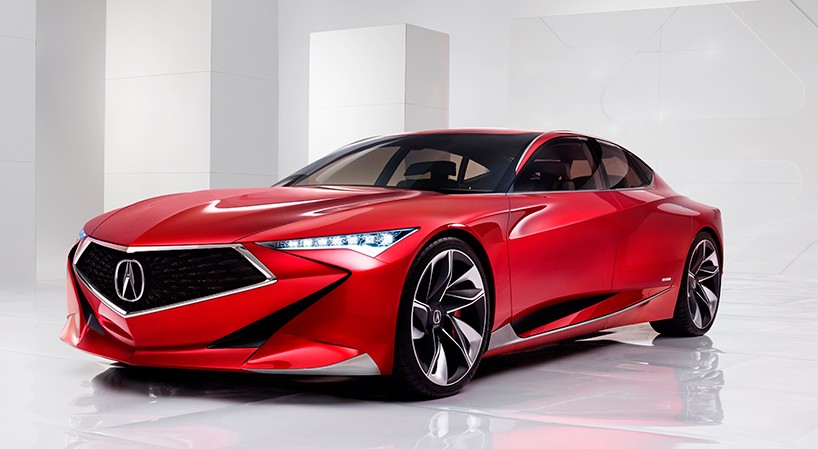 the concept communicates acura’s focus on performance and prestige

a key design theme acura is calling ‘quantum continuum’, is seen in the transition of materials and structure from the exterior to the interior of the vehicle, which is further highlighted by the absence of a b-pillar. the large doors flow into the interior side sill, transforming into a cantilever for the floating rear seats. the back center high-mounted stoplight becomes an architecture element piercing the rear glass and then flowing down to help form the structure for the metal airfoil shape of the rear headrests. 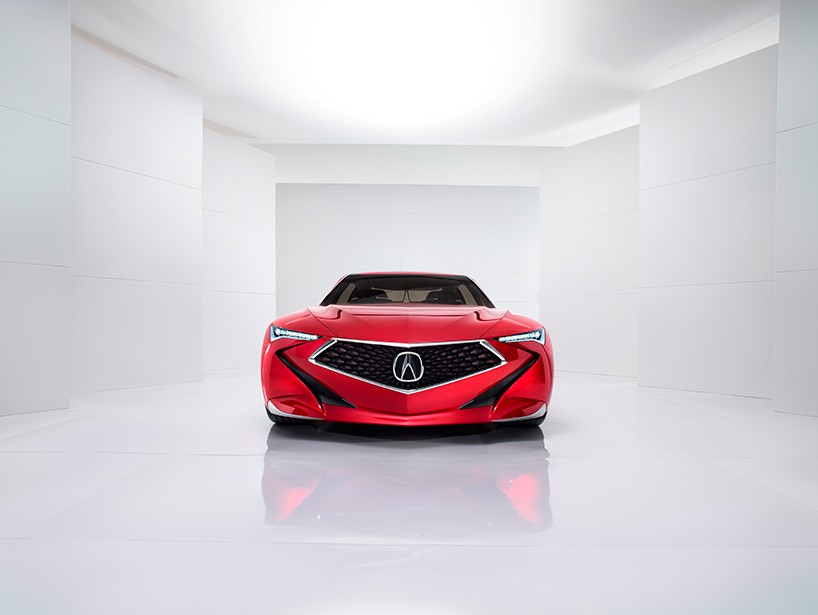 acura debuted the pentagon grille with the concept

the exterior is matched by its interior design, where cantilevered surfaces meet with striking tones, expressive surfacing, and modern detailing. of particular note are the double-layered instrument panel, the high-contrast seat surfaces, the thin floating rear seats, evoking the look of a modern lounge furniture, and the hand-crafted audio speaker grilles made of wood. 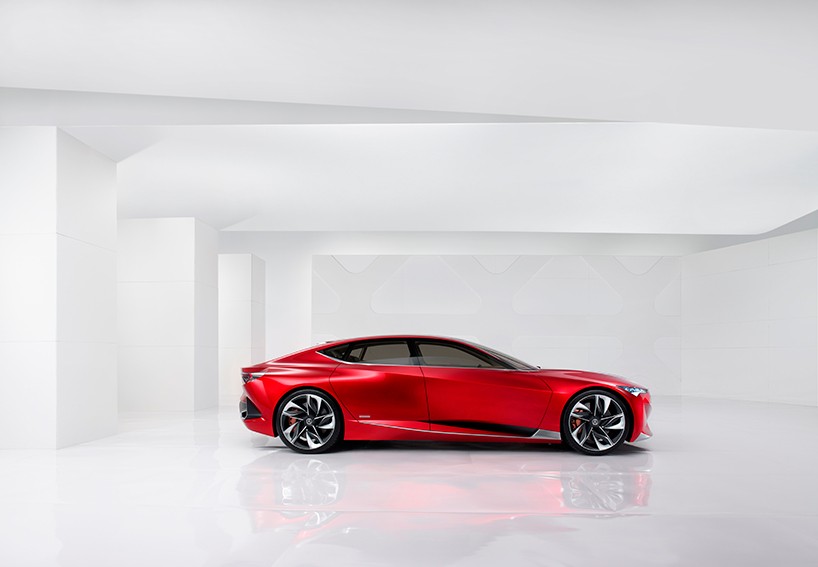 the sedan sits low and wide with a long wheelbase

the ‘precision concept’ also explores a fresh approach for acura’s digital-machine interface, enabling a more intuitive, advanced and seamless connection between driver and machine. the ultra-wide and curved center screen is operated by a floating touch pad suspended on the center stack. upon entry, the system scans each occupant and selects personalized features and functions, including maps, audio and customized vehicle performance settings. 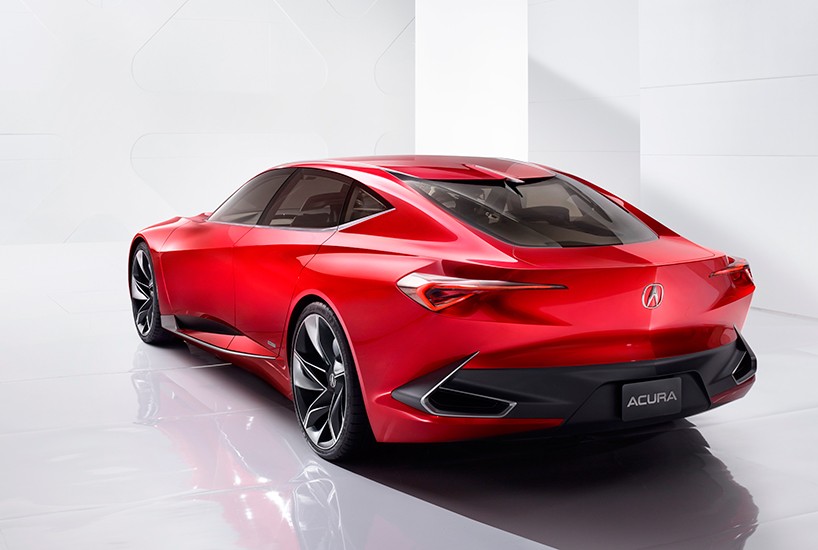 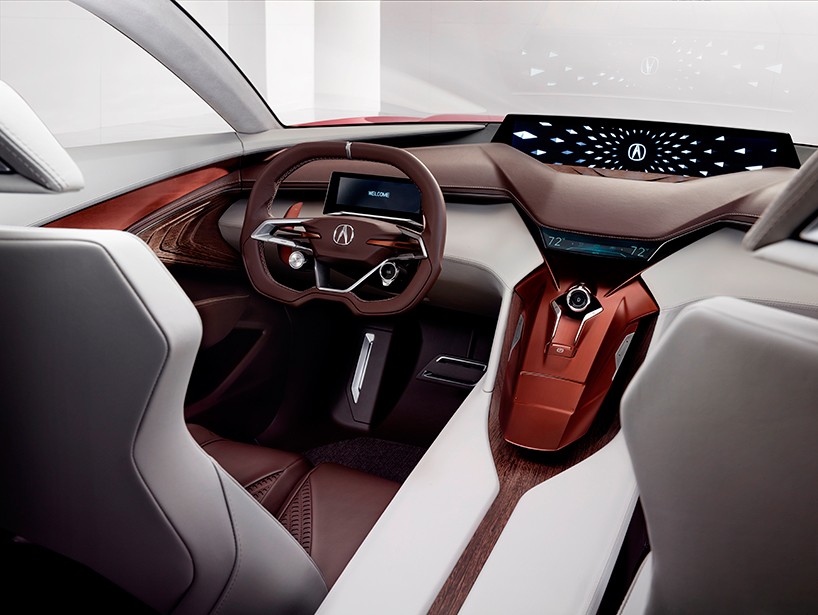 the interior cabin with a ultra-wide and curved center screen 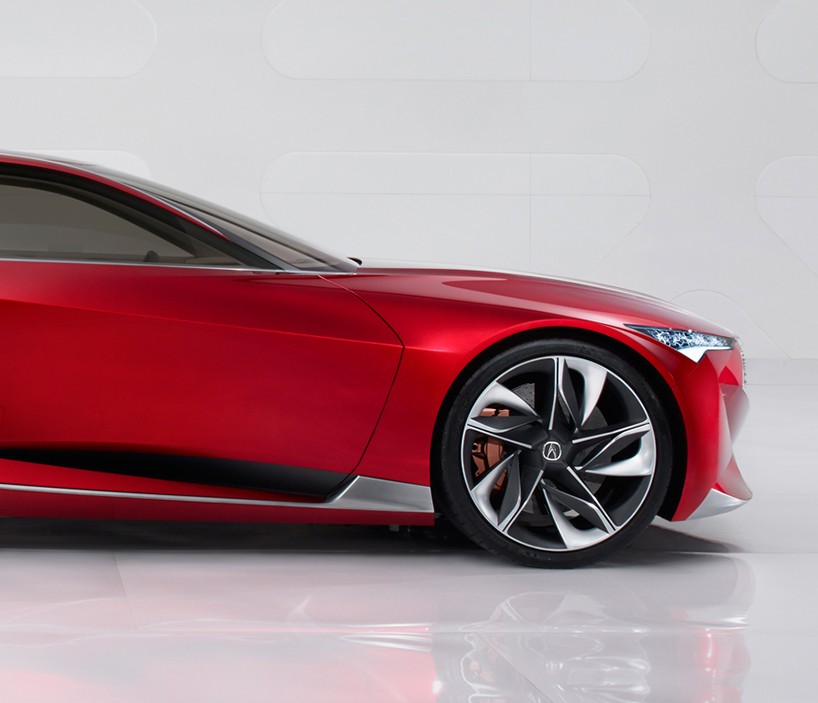 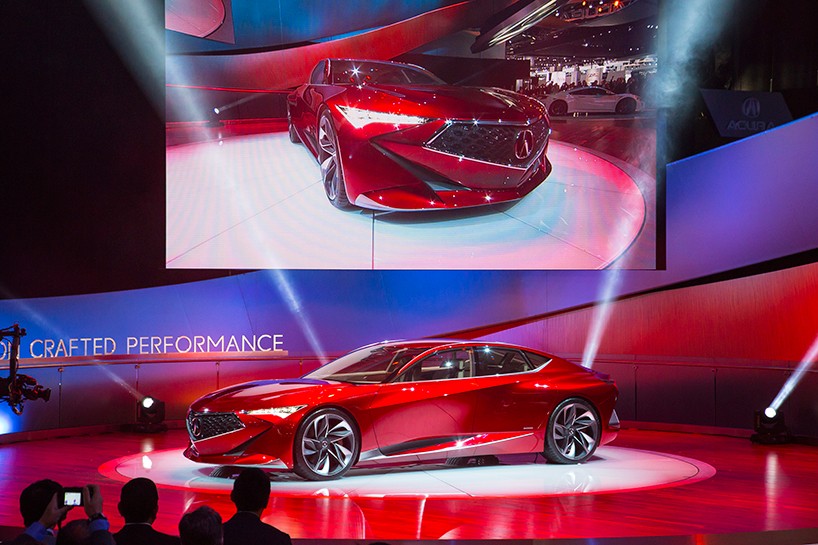 the unveiling of the acura ‘precision concept’ at the NAIAS 2016 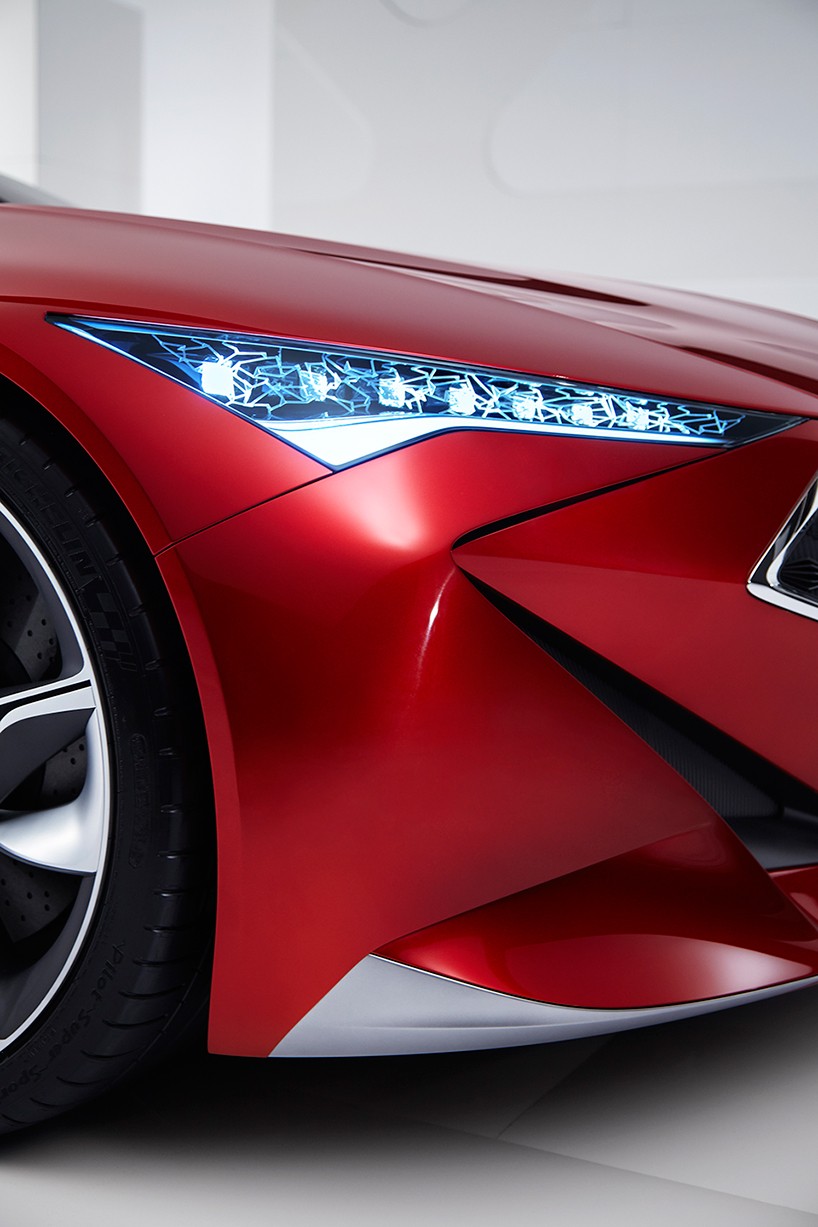 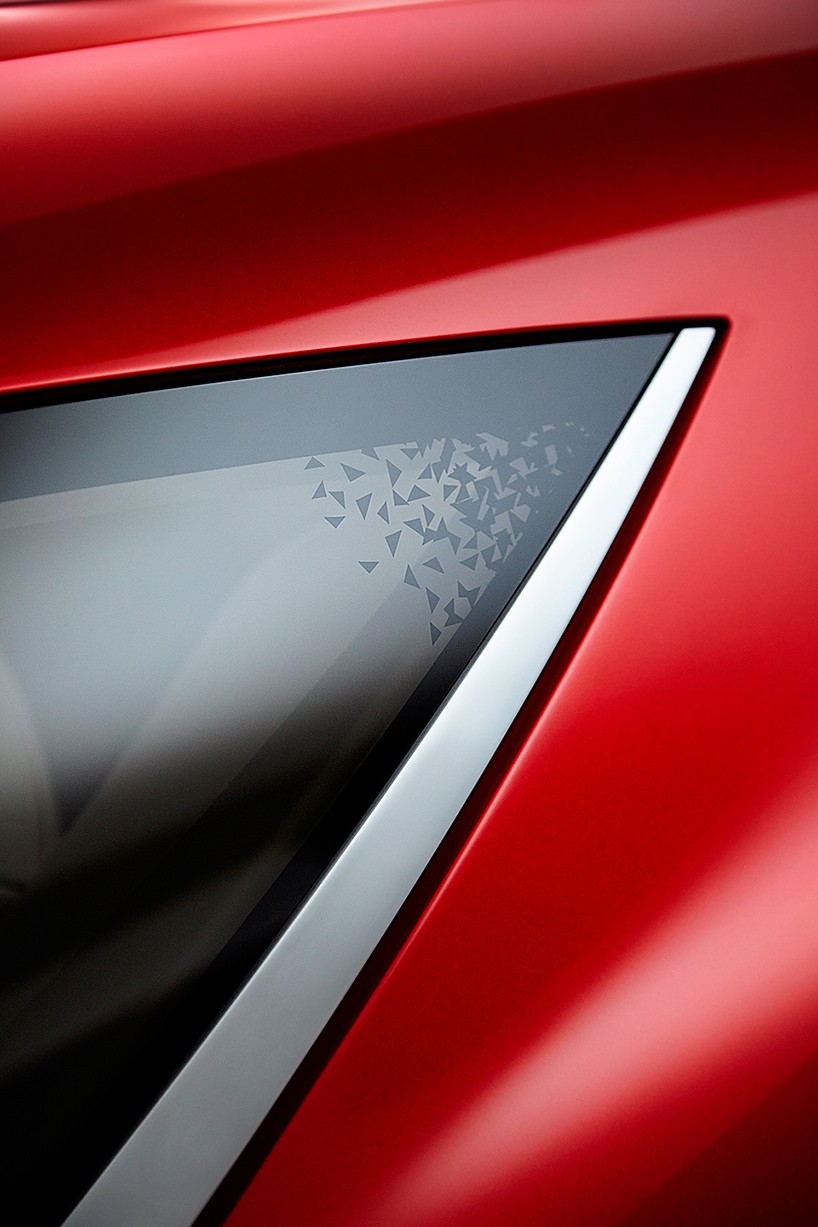 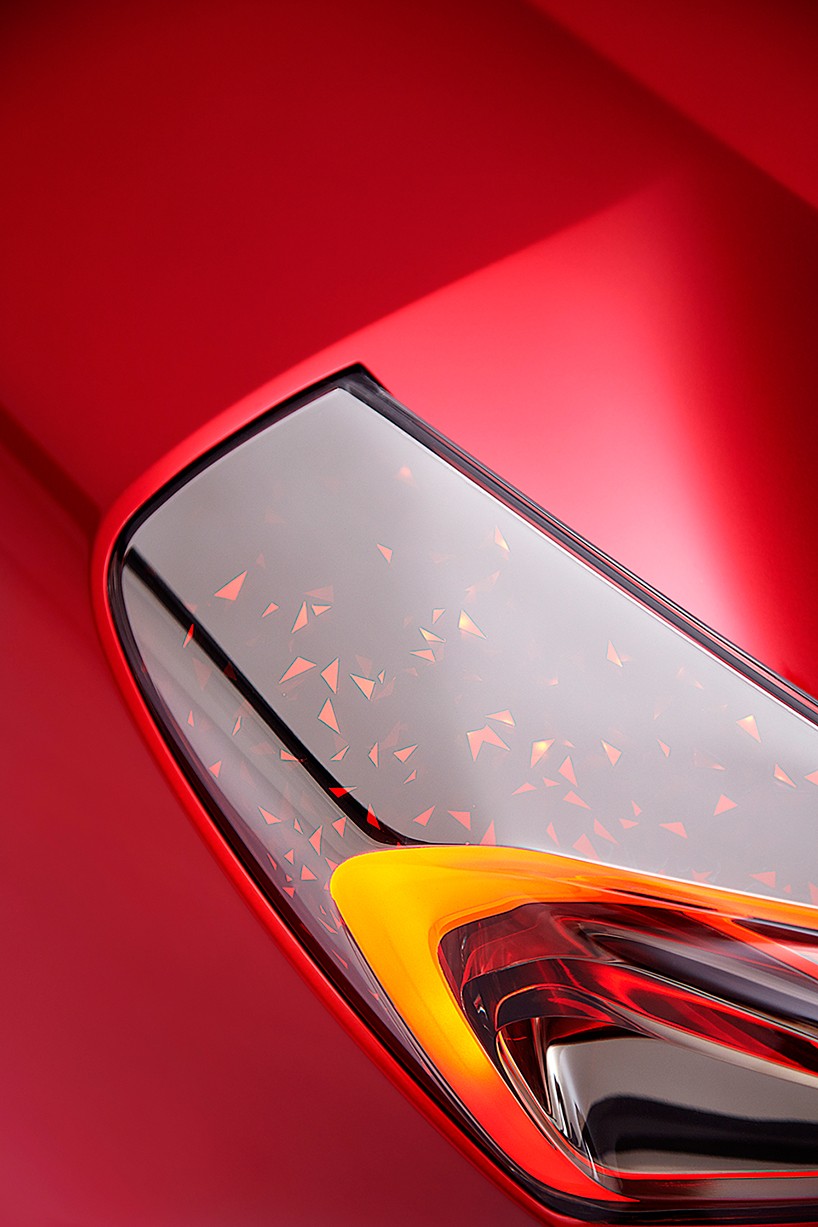 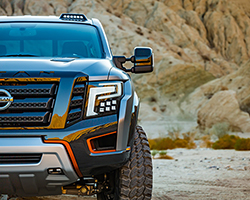 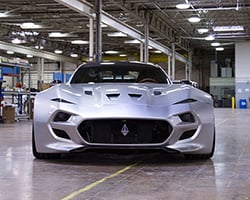 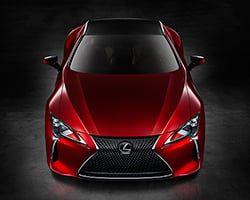 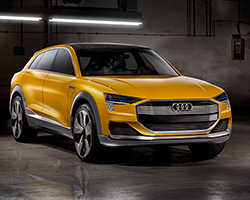