for the 2013 season, a collaboration between adidas and major league soccer (MLS) will see all members of the league’s 19 teams sport data-tracking technology that permits coaches and fans to track the athletes’ heart rates, speed, field position, power, acceleration, and other performance metrics in real-time.

the technology behind the initiative is adidas’s ‘micoach’ elite system, which comprises a small data cell that fits onto players’ shirts through a protective pocket between the shoulder blades. connected by a series of electrodes and sensors woven into the fabric of this base layer, the cell wirelessly transmits the player’s data to a central computer, which analyzes and transmits the insights to other computers via iPad app.

coaches and users can monitor individual athletes, compare one player with another, or view data simultaneously of the whole team. forwarding an estimated 200 data records per second per player, the system is designed to enhance athlete performance, through both accountability and the prevention of overtraining or injury.

‘micoach’ will be implemented on the field for the first time for the 2012 MLS all-star game on july 25th in philadelphia, USA, when the league’s players confront UEFA champions league winners chelsea football club. 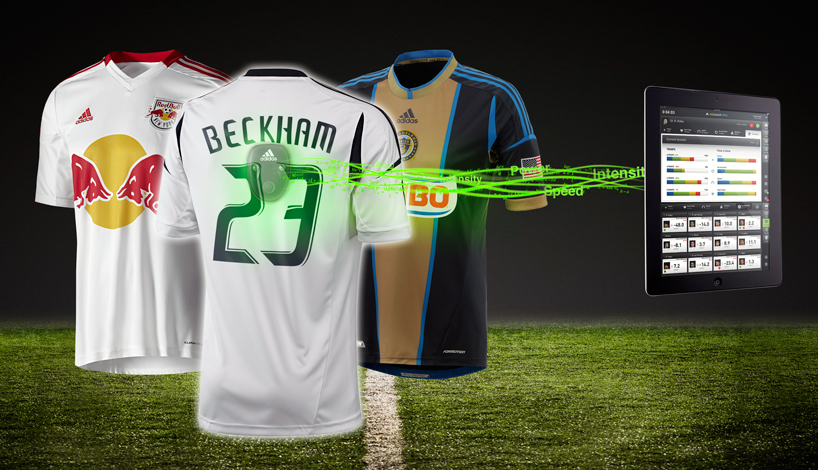 concept composite of the system: placed between the shoulderblades, the ‘micoach’ cell relays body metric information to an iPad app 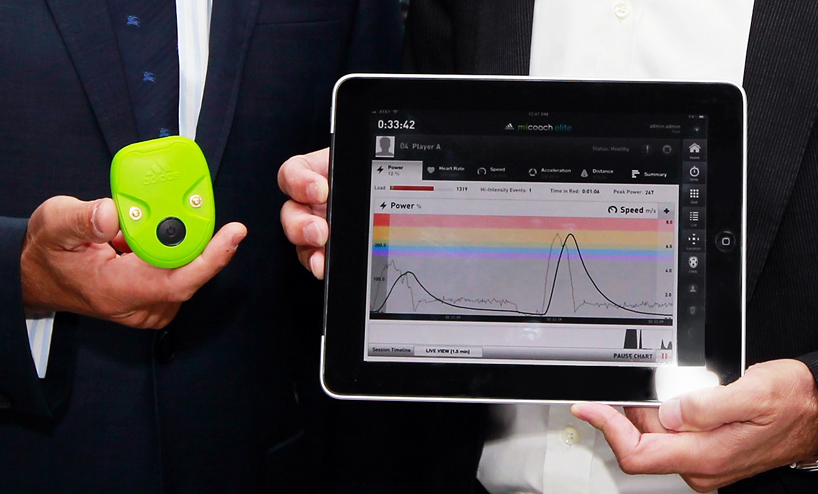