since 1990 aeromobil has been perfecting its flying car prototype, unveiling its 3.0 model unveiled back in 2014. now the slovakia-based company has revealed an electric edition which allows for vertical takeoffs but still the ability to drive on roads. 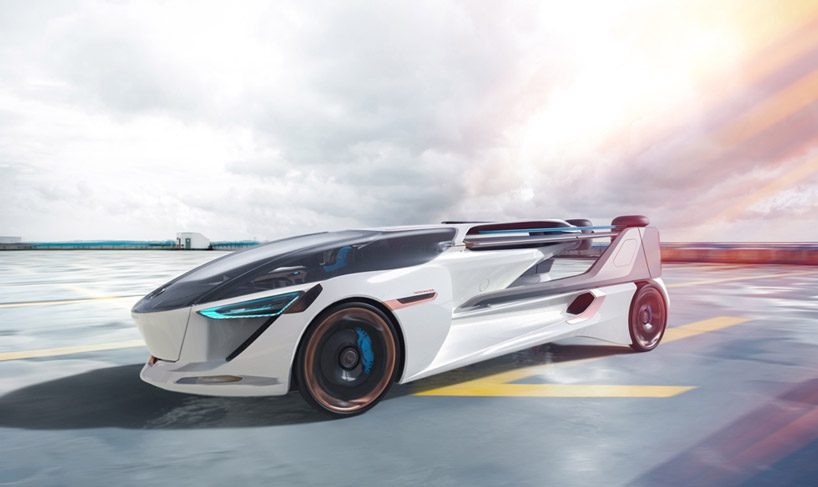 all images courtesy of aeromobil

it will seat four passengers providing similar comfort and user experience as next generation electric vehicles. each occupant will have access to a personalised inflight experience, with flight or drive data and advanced communications and media to ensure occupants stay connected while in the air or on the road.

production of the aeromobil 5.0 VTOL model is expected to follow the roll-out of the aeromobil 4.0 STOL (short takeoff and landing ) which will be available in a limited series to private owners around the world in 2020. this depends on the progress made in building and scaling the infrastructure of the vehicle as well as the development in legal regulations.