the guggenheim museum in bilbao has unveiled a new initiative that wants to help purify the city’s air through its outdoor advertising campaigns by coating them with a material that turns the banners into active air purifiers. this treatment is based on the natural process of photocatalysis, which causes a purifying effect similar to that of trees.

the guggenheim museum bilbao has kickstarted the initiative by treating its outdoor advertising campaigns with pureti® print. found on the large banner announcing the exhibitions on the museum’s façade, the ones found along the city’s lampposts and on a tram which is entirely covered with advertising vinyl, the present impact of this outdoor advertising campaign could be equivalent to the air purifying effect of over 700 trees. 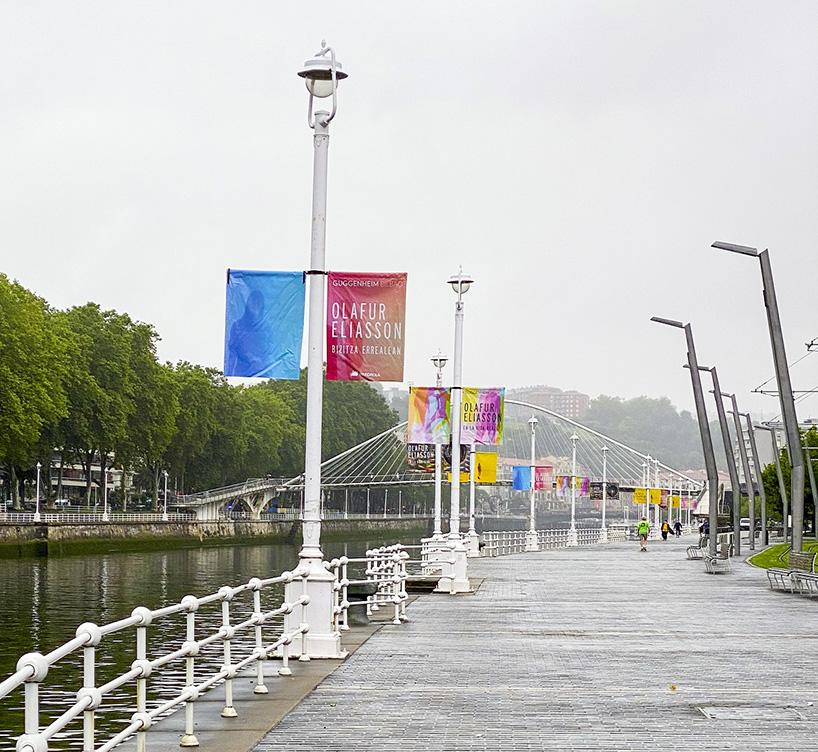 ‘a technology that allows us to help purify the air in our city was a great opportunity to go a step further in the museum’s commitment to contribute, in all aspects possible, to stop climate change,’ comments juan ignacio vidarte, director general of the museum. ‘just as we are cutting down power consumption thanks to the change of the lighting systems in the museum galleries, the possibility of purifying the air while acquainting our audiences with our art program was a great chance.’ 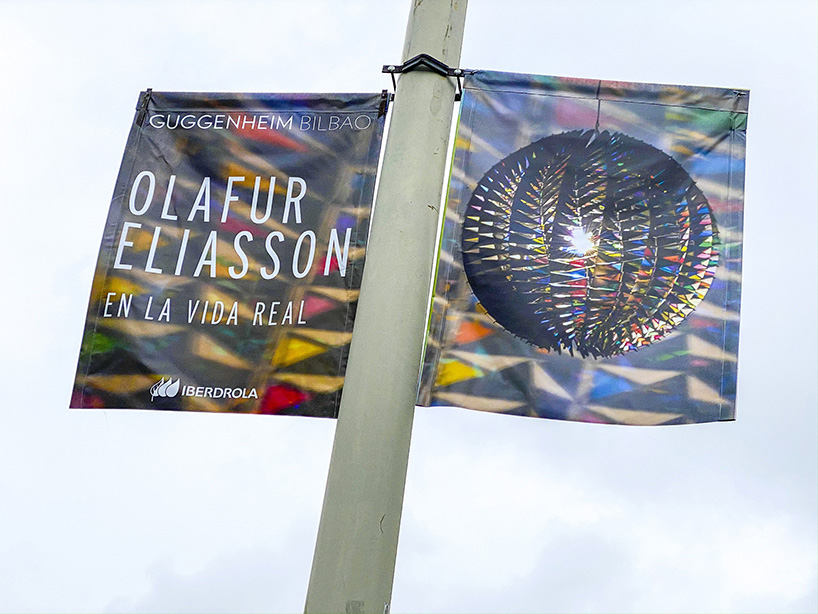 developed in collaboration with NASA and certified by different international laboratories, pureti® print uses the scientific basis of photocatalysis — a chemical reaction triggered by sunlight that turns oxygen and water vapor in the air into cleaning agents of pollutants such as NOx, SOx, or VOC’s, as well as bacteria, mold, and bad odors. pureti® print is part of the european project iSCAPE, conceived to respond to the most important challenges that europe will need to face in the future, with measures such as the development of actions to improve air quality and reduce pollution.