nicknamed the ‘whale in the sky’, french aircraft manufacturer airbus’ beluga XL made its first flight on thursday. the beluga is a cargo plane designed to transport major sections of airbus planes from its suppliers around europe to its assembly plants in toulouse, france and hamburg, germany. 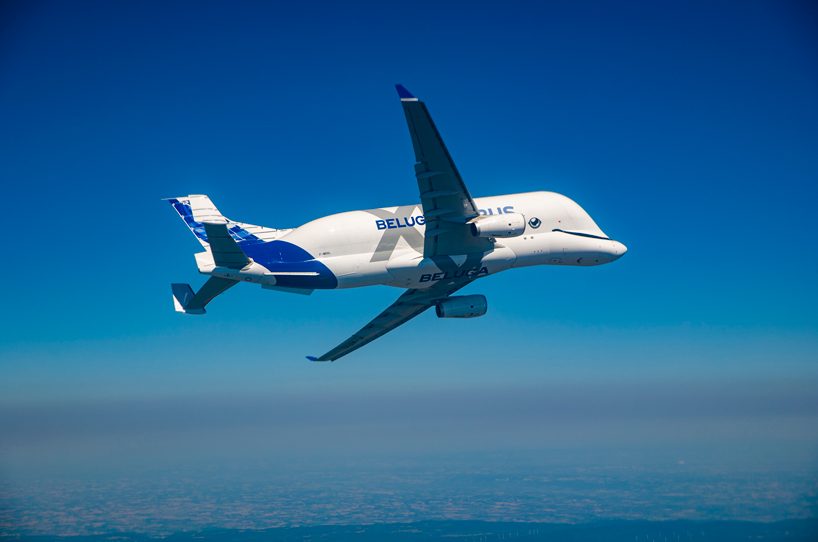 the strangely shaped aircraft — named for its resemblance to the whale of the same name — is the first of five XL models that airbus expects to build by 2023. airbus has modelled aircrafts after the beluga whale since the mid-1990s. 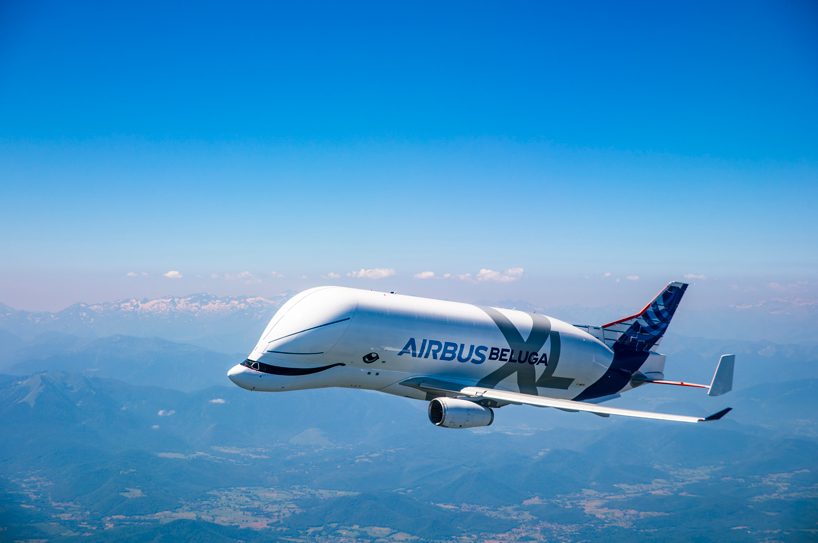 the beluga XL has been dubbed the ‘whale in the sky’

the beluga XL is 63.1m long, 18.9m high, and an advanced version of the beluga super transporter A300-600ST. it is one of the largest aircrafts in existence, measuring six meters longer and one meter wider than its predecessor, the beluga ST transporter which will be phased as each new beluga is complete. it features a large bubble-type airframe with an 8m long, 2.1t enlarged upper fuselage and spacious cargo bay. 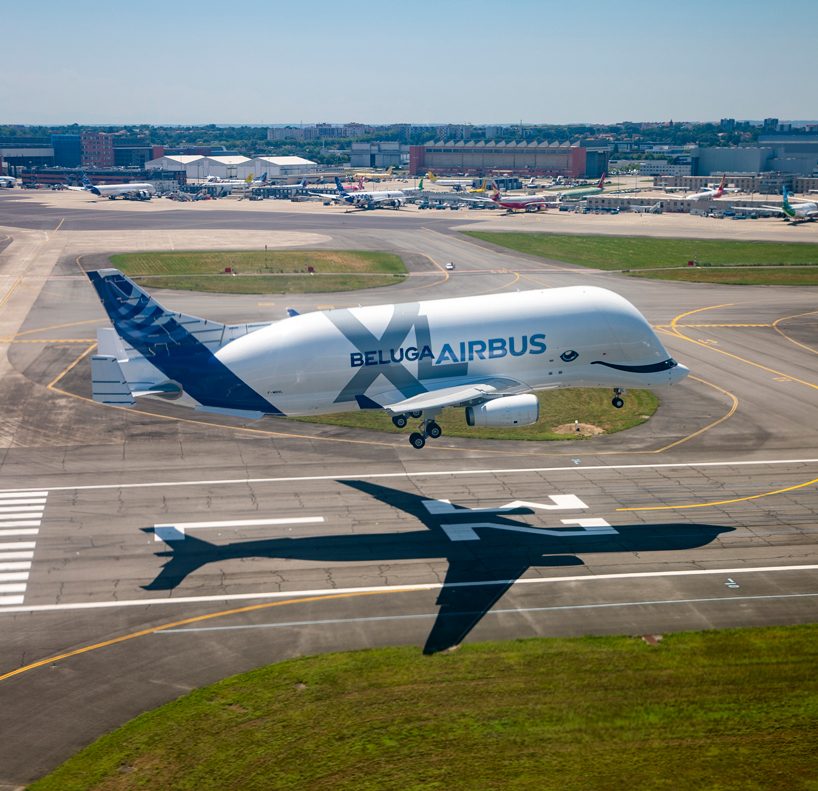 it is one of the largest aircrafts in existence

the plane, which weighs 125 tonnes, can carry up to 53 tonnes in the hold for a distance of more than 2,500 miles. it is equipped with narrow wings made from carbon-fibre reinforced polymer materials, covering an area of 361.6m² and a wingspan of 60.3m. a single vertical fin with twin horizontal stabilisers is located in the tail section, fitted with a pair of auxiliary vertical tailplane end-fins. 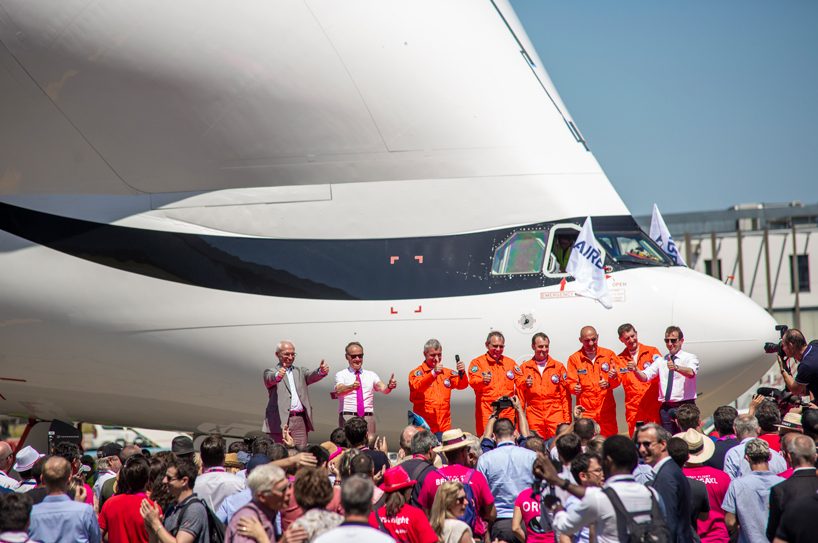 airbus debuted the plane in front of a crowd of more than 10,000 near its headquarters in toulouse, france

now the plane faces a 10-month plan of flight tests, hopefully completely them all to achieve its certification. airbus plans to put the first belugaXL into service sometime next year. 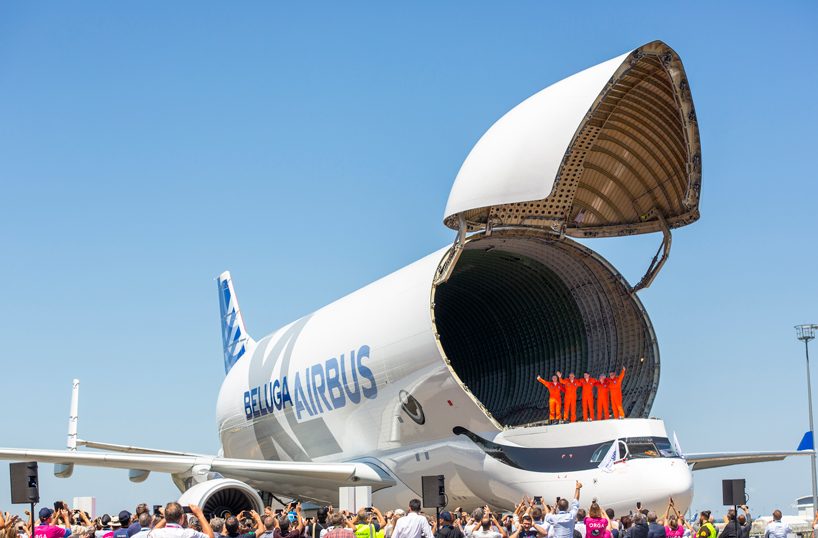