australian start-up alauda racing has launched its ‘airspeeder mark 1’, a low altitude quadcopter aircraft it hopes will be the start of a sort of formula one for flying cars. the single-seat aircraft effectively merges an f1 car with a racing drone and will make its debut at the uk’s goodwood festival of speed this thursday (july 2nd 2019). 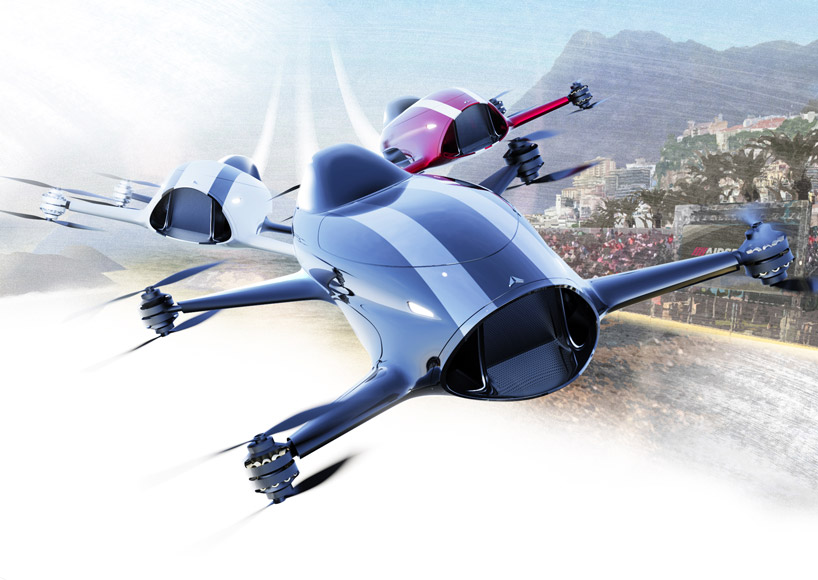 powered by a set of LiPo batteries capable of 500kw power, the ‘airspeeder‘ has a maximum altitude of 900m and is claimed to possess a greater power to weight ratio than an f1 car or f-18 fighter jet. it flies around 20 meters off the ground and is capable of reaching speeds up to 200km/h, measures 4.03m long, 3.42m wide and just 0.9m high. it weighs only 230kg. 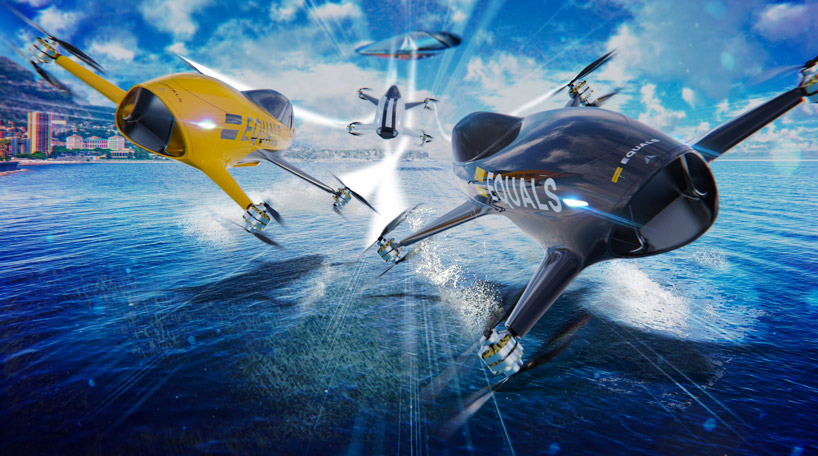 alauda has previously flown a series of prototypes, documenting the builds and flight testing over the last two years. it hopes that one day, a grid full of similar vehicles will race each other head-to-head through the air by 2020. 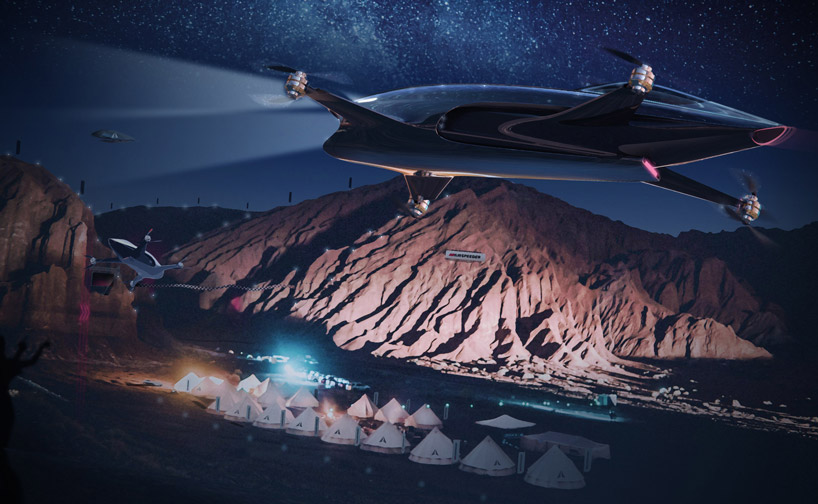 the airspeeder race series is slated to kick off within 18 months and will feature individual time trials. alauda hopes this will help lead to consumer-grade manned multicopter technology and eventually a flying sports car on sale to the public.

‘flying cars are no longer a fantasy, they are a reality and goodwood festival of speed is the perfect place to introduce airspeeder to the world,’ says matt pearson, founder and ceo of alauda racing.

‘we’ve taken design cues from the golden era of racing, and we’re sure the tens of thousands of enthusiasts present will instantly appreciate this evolution of motorsport. totally absorbing, and all electric, it will appeal to a whole new generation of race fans.’