finnish studio aivan has designed a pair of headphones made exclusively from microbially grown materials. the ‘korvaa’ headset was created to showcase the potential of synthetic biology in the form of a three-dimensional object. 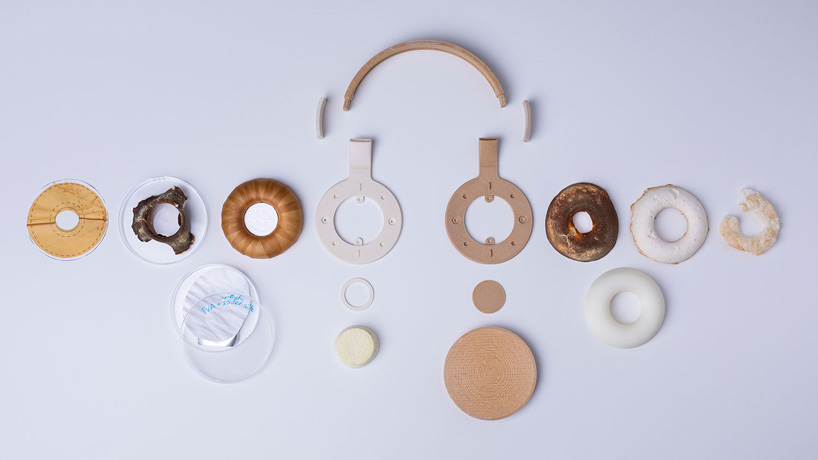 aivan worked with synbio scientists from the VTT technical research center of finland and aalto university to develop the necessary components. synthetic biology involves the application of engineering principles to biology, with various outcomes including fabricating materials, producing energy, and enhancing human health.

aivan chose headphones for their consumer appeal and because of the variety of materials in the product itself. from hard, foam-like, pliable, rigid and solid materials, as well as mesh fabric materials, the headphones feature six different microbially grown substances, including fungus and yeast-based bioplastic. 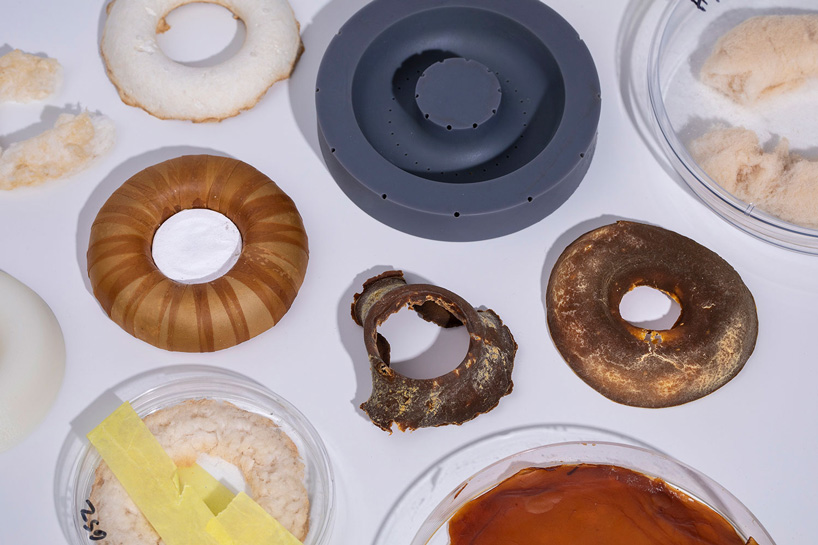 the rigid material used for the frame of the headphones is a petroleum-free, 3d-printed bioplastic. it was grown using the lactic acid in baker’s yeast, saccharomyces cerevisiae, and is completely biodegradable.

the ear padding is made using a fungus called trichoderma ressei, which the aivan team calls ‘nature’s strongest bubble-maker’. this produces a foaming protein called hydrophobin, which aids fungal cells growth into air from a moist soil. the hydrophobin is then mixed with plant cellulose to create a stable but soft structure. 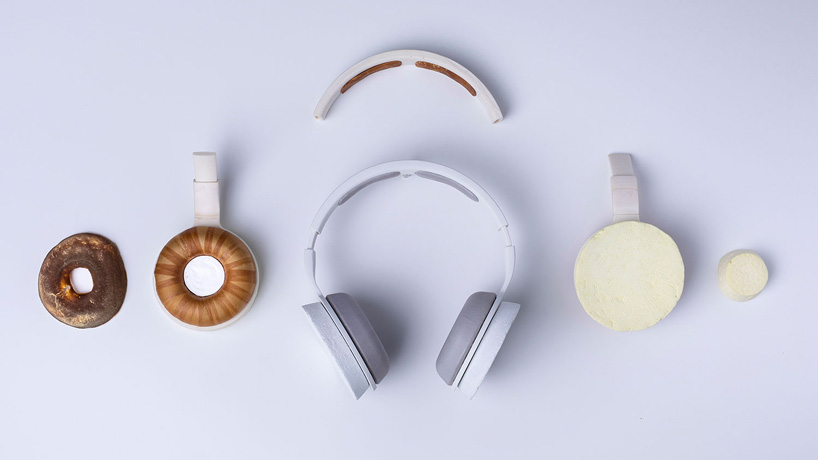 covering the foam is mycelium – the long, thread-like roots of fungus, which has recently been used in both clothing and architecture. in this case, the growth of a fungus called phanerochaete chrysosporium creates a leather-like material.

to form the inner mesh, korvaa uses biosynthetic spider silk produced by microbes. the material is made with an electrospinning method, where a negatively charged extrusion tip shoots the protein nanofibres to a positive-charged plate. this creates a nonwoven structure that can be made into a strong flexible yarn. the biosynthetic version can be used to produce tough fibers for many different applications — even bullet-proof vests.

other parts of the headphones were created using a biosynthetic cellulose, the primary structural component in plants. the cellulose was grown in bioreactors using enzymes or microbes, and therefore made much faster than with plants.

‘we designed different moulds to produce the parts. the soft materials were grown directly into 3d-printed moulds and the leather-like material was grown on a liquid growing base,’ says aivan product designer saku sysiö.

‘growing the materials takes days (generally speaking), depending on the material and volume, and some materials require additional freeze-drying to evaporate out all moisture.’ 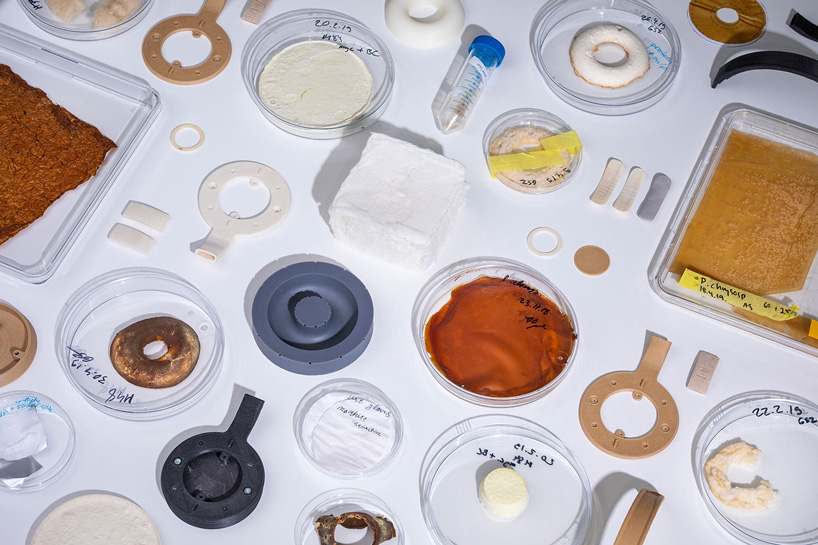 korvaa – which gets its name from the finnish for ‘ear’ as well as ‘to substitute or replace’ – took aivan 6 months to develop. whilst not fully functioning, the product demonstrates the real-life application of microbially grown materials.

with more research and development, sysiö says new materials with improved properties could eventually replace plastics in the future.

‘we’ll probably see the change first in high-end products because of the higher cost of production, before becoming more norm,’ he adds.

the team will present korvaa at the fiskars village art & design biennale 2019, open from 19 may until 19 september, and during helsinki design week 2019 from 5-15 september.