mexican based aldekas studio has unveiled a proposal that takes the beloved volkswagen beetle and turns its fenders into a cool-looking kart. called bugkart wasowski, the designer repurposed the fenders from a type 1 model, melding them together to create a retro-styled, custom-frame mini kart. 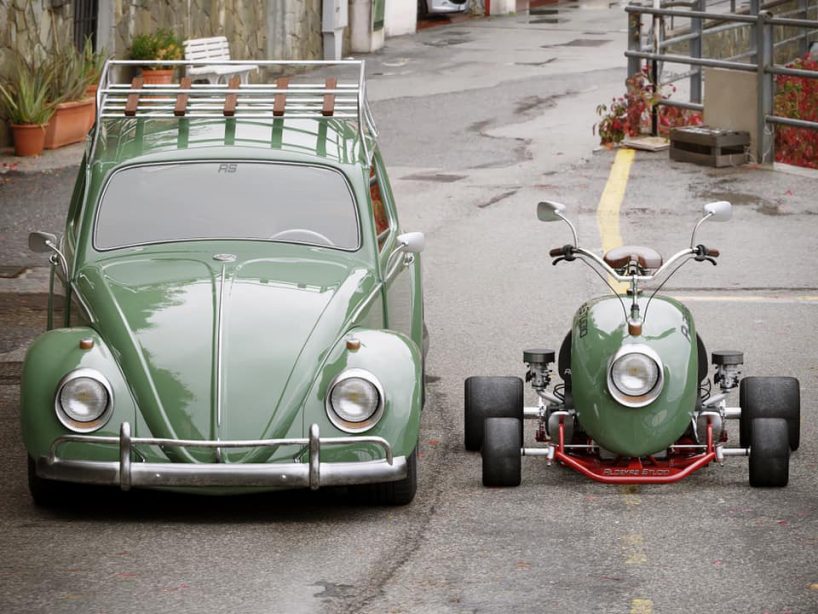 featuring an olive green look, the bugkart wasowski by aldekas studio takes the volkswagen beetle’s fenders, headlights and turn signals and transforms them into a kart that features the car’s distinctive round shape. the red kart frame contrasts with the green of the fender, adding charm to the kart as well. a round, tall handlebar acts as the steering system while the original chrome side mirrors add to the classic look. regarding the engine and transmission, there’s not enough info as here we’re only seeing the renderings. 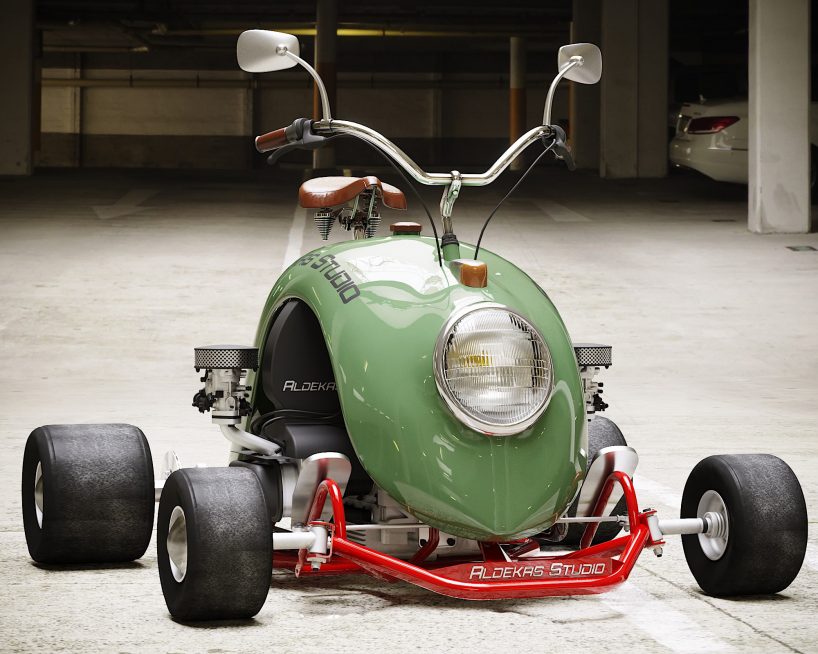 overall, the bugkart wasowski by aldekas studio pays homage to the volkswagen beetle type 1, or the ‘bug’, which has gained iconic status since its release. designed in the 1930s, civilian beetles only began to be produced in significant numbers by the end of the 1940s due to world war II. the car was then internally designated the volkswagen type 1, and marketed simply as the volkswagen. later models were designated volkswagen 1200, 1300, 1500, 1302, or 1303, the former three indicating engine displacement, the latter two derived from the model number.

if you like this design, make sure you check out this original volkswagen beetle that was taken apart to create a mini bike. 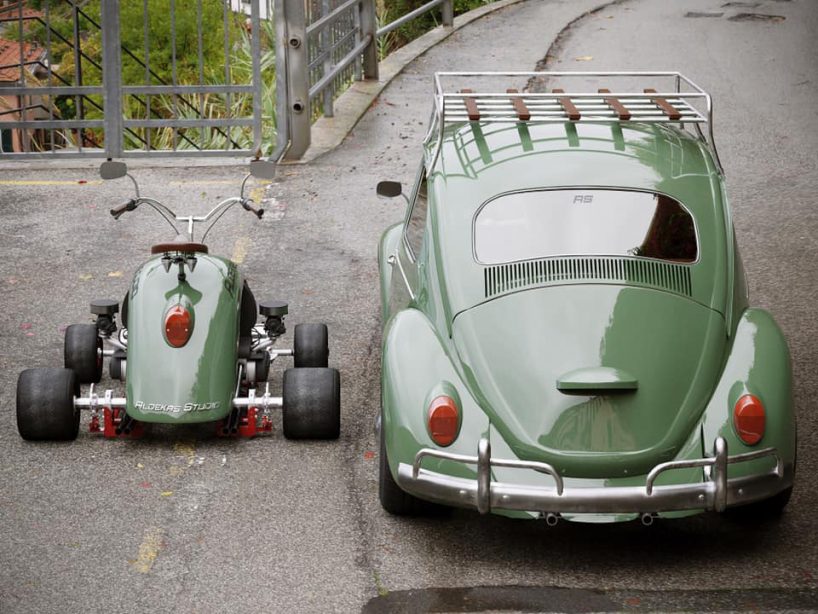 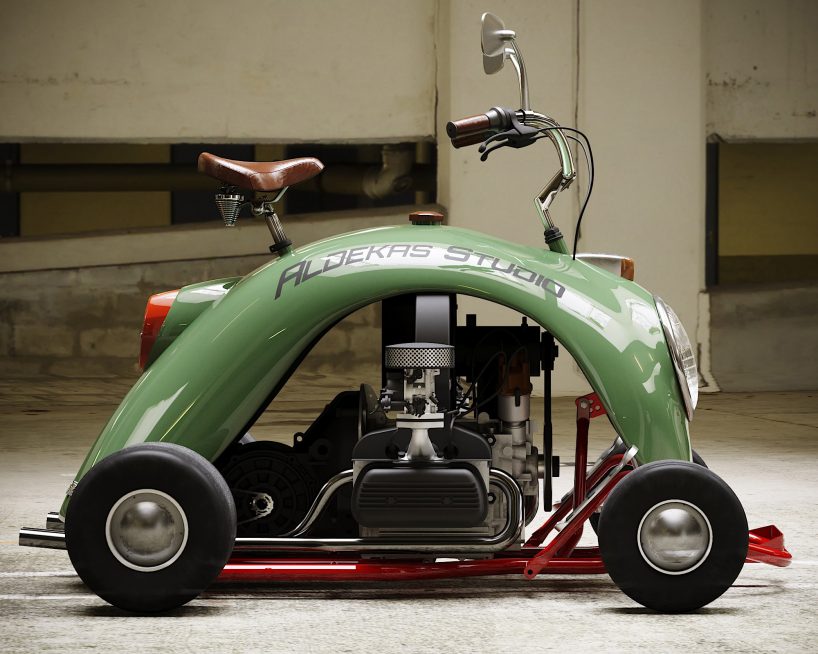 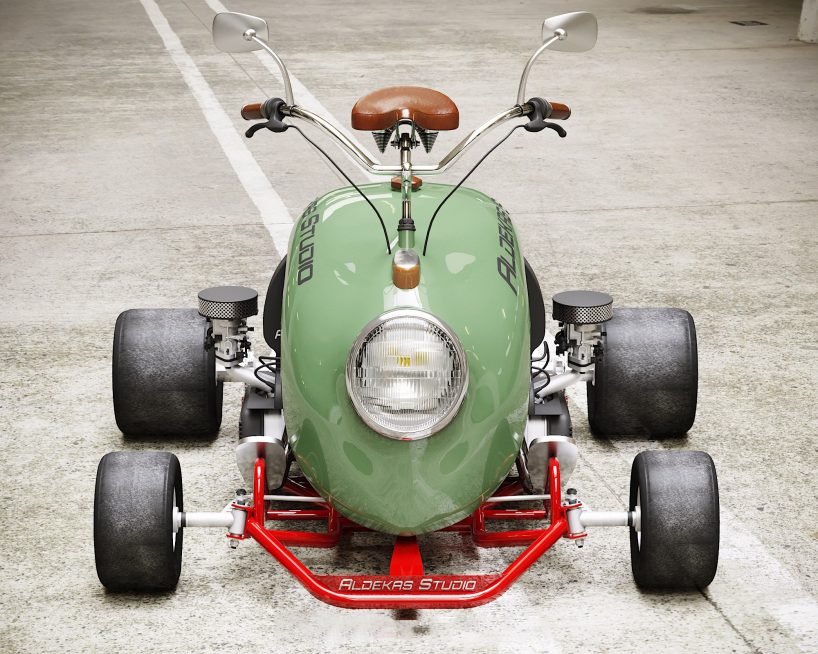 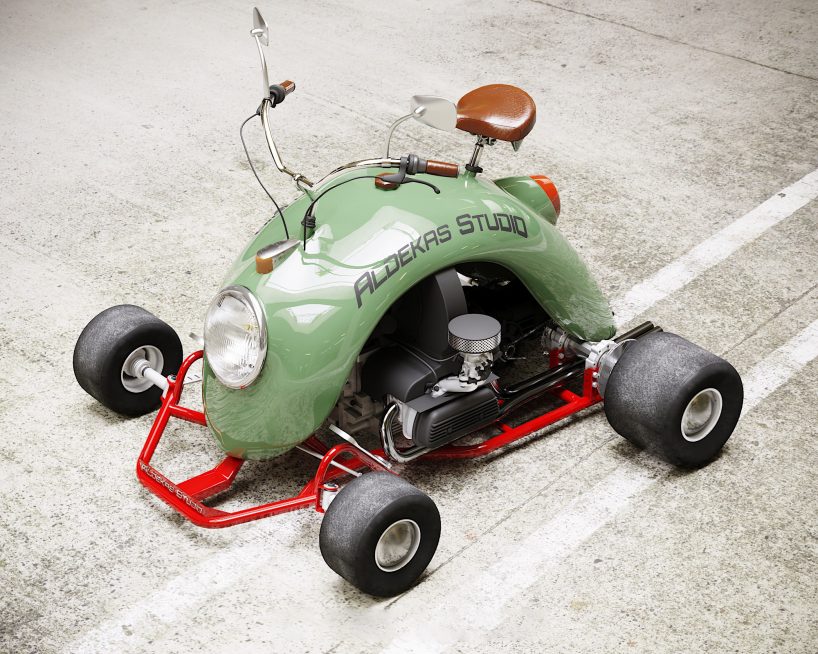 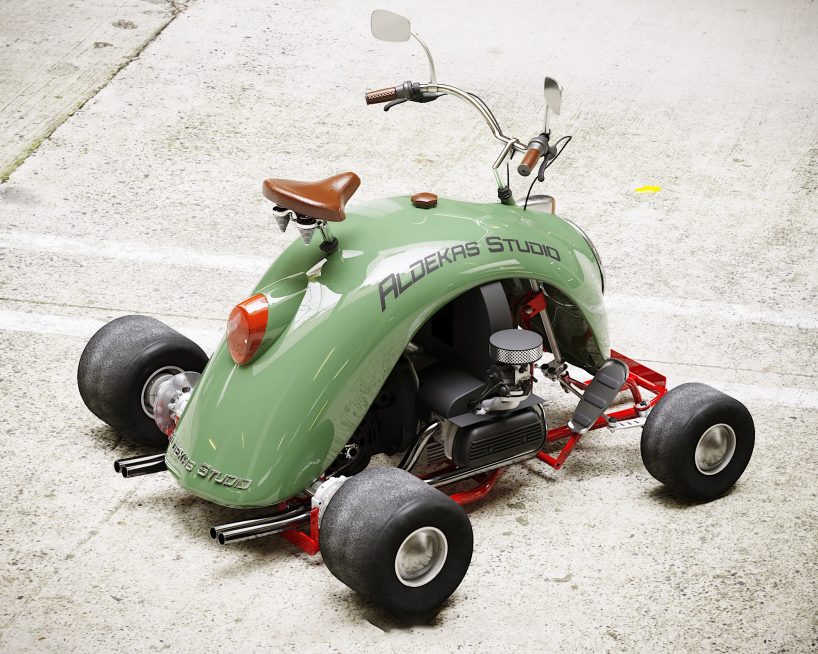 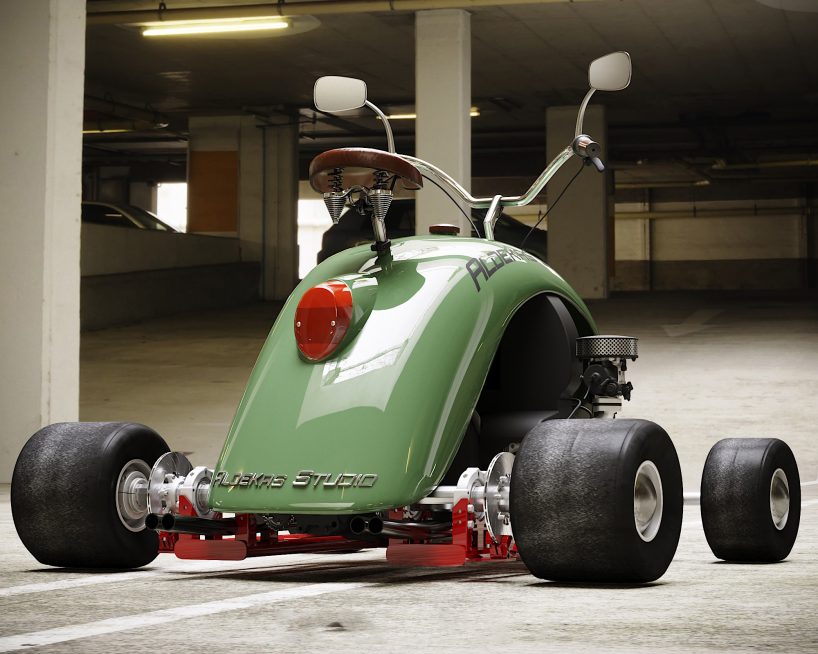 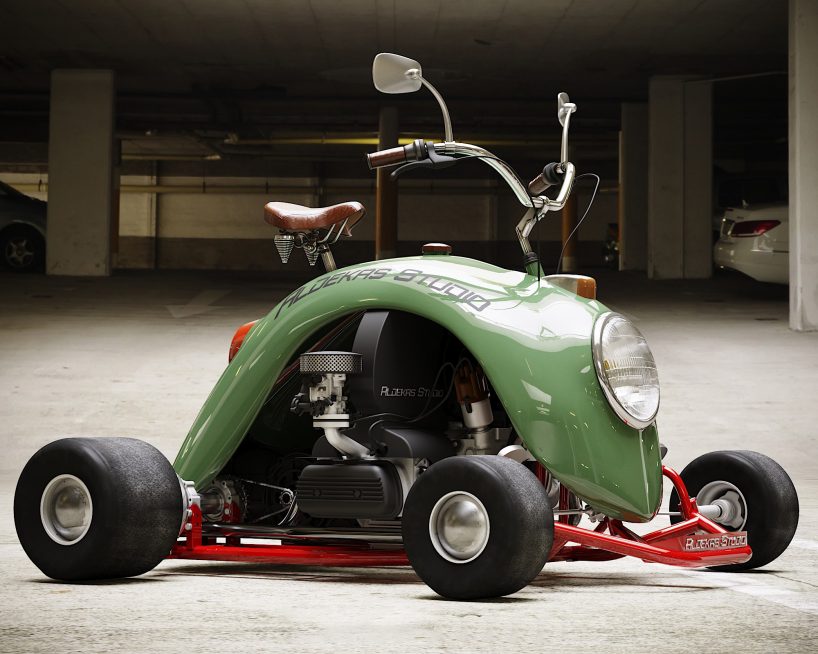 type: kart made from a volkswagen bettle’s fenders