designed by stefano giovannoni ‘alessiTab’ is an interactive multimedia tablet developed from the partnership between alessi and promelit. based on google’s open source android operating system, which is destined to become the most popular system for smartphones and tablets, it is designed as a simple and versatile domestic tool to be easily used by everyone. 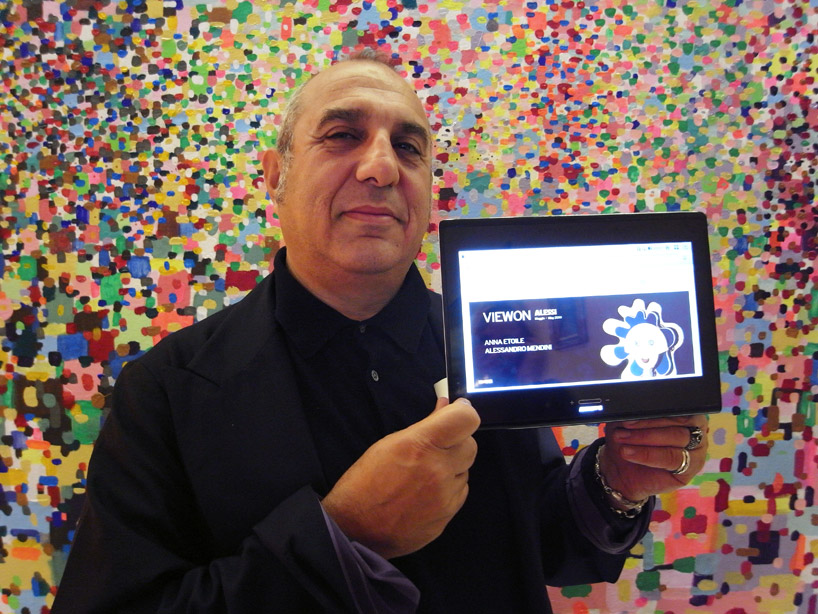 designboom joined the first official presentation at giovannoni’s private home. he gave us insight into his design approach: there are some features the device must have and there are other things that it will need to keep out of its tablet in order for it to compete with apple’s iPad, samsung’s galaxy tab, and other competitors that are coming along. a great new feature is the incorporated video camera to make voice and video calls, the SD cart slot and the USB port, which enables us to directly import data without the need to connect the device to a computer. of course, it can be used to access the internet, to manage emails and to watch digital terrestrial television, web TV, movies and to listen to mp3 music files or web radio. it has a 6 hour battery life and comes with a docking station. 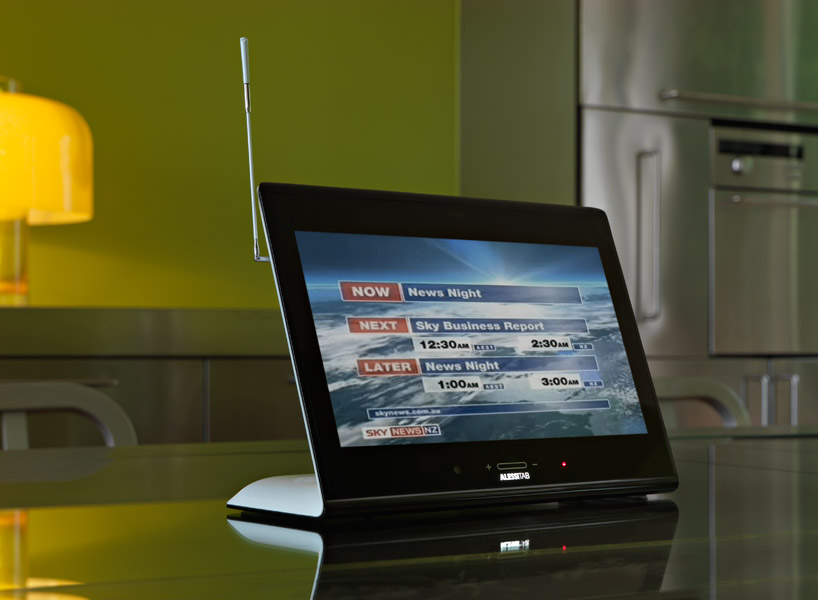 currently, apple’s online store, for example, has over 250,000 applications. ‘alessiTab’ has a fraction of that. the applications that it does offer in no way match the massive offerings in competing markets, but a carefully chosen selection of interactive services is targeted especially for the home environment : real time news updates from italian news agency ANSA, weather reports (epson), cooking recipes from the ‘cucchiaio d’argento‘ recipe book published by editorial domus, 13,000 radio stations from all over the world via radiotime application, nutritional information from the INRAN institute, … 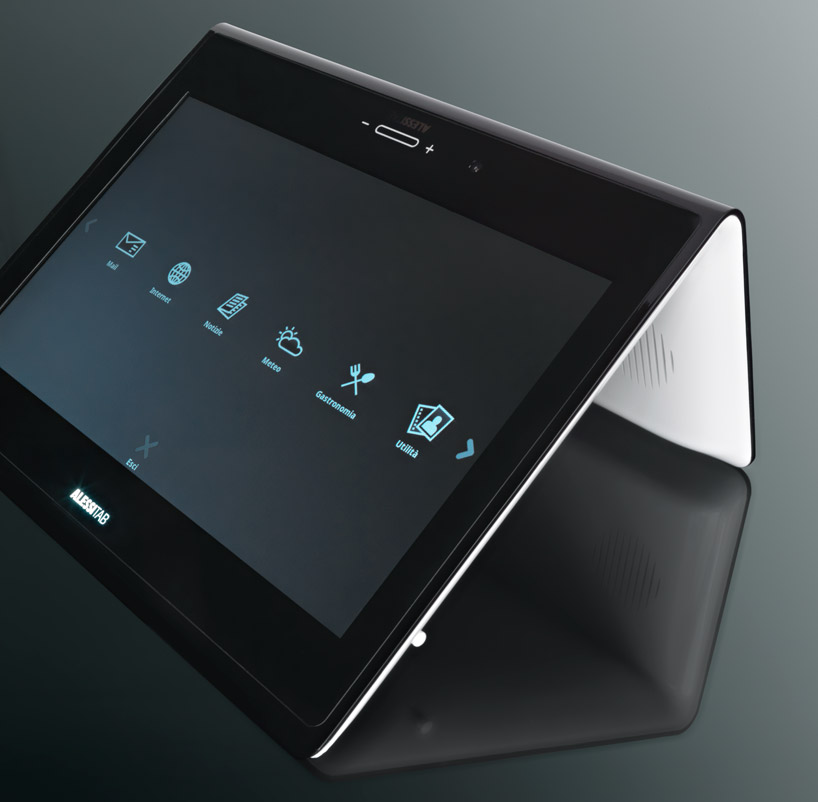 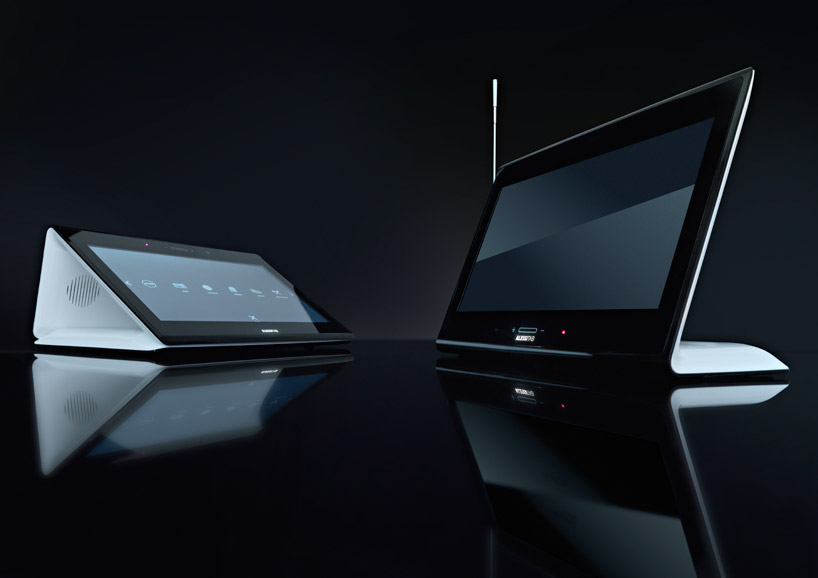 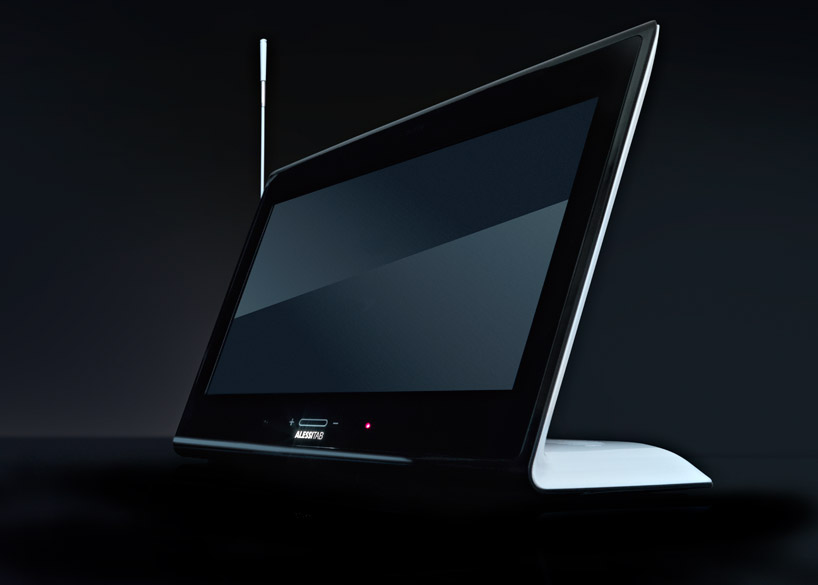 alessiTab for those who want to watch TV 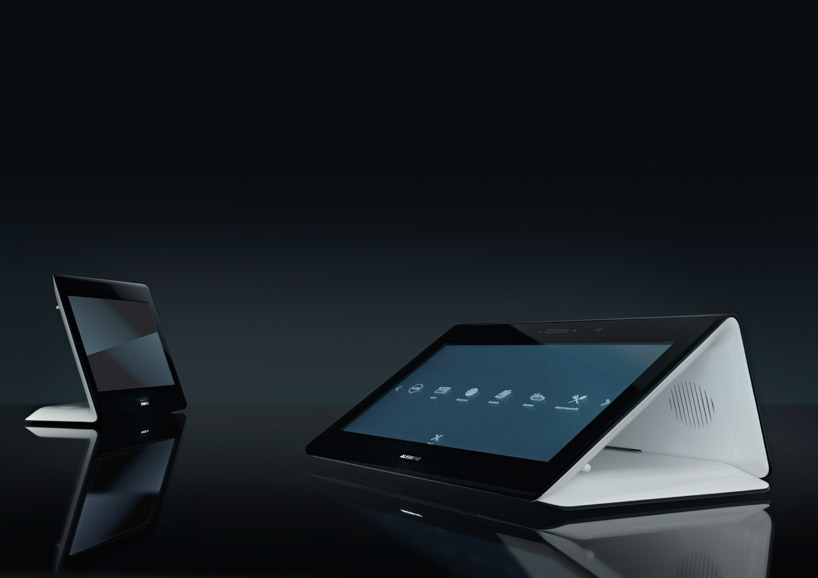 on sale (for now only in italy – starting from november 2010) in alessi stores and through consumer electronics chains. estimated price at 399 euro.