two research groups at london’s cambridge university— the ‘engineering and physical sciences research council’ (EPSRC) and the ‘design in science‘ project– have come together to create a table, alongside a series of product concepts, that integrates biophotovoltaic (BPV) technology. BVP devices generate renewable energy through the photosynthetic processes of living organisms such as algae and moss, in a way that scientists estimate will become a competitive alternative to solar panels within the  next five to ten years.

looking towards the future of BPV technology, doctoral candidate paolo bombelli worked with designers alex driver and carlos peralta on products that range from a ‘moss table’ that generates its own electricity for a built-in light; an array of solar panels for domestic use; and a floating biophotovoltaic generator that is designed to harvest desalinated water.

the team also designed an off-shore power stations that consists of several large floating ‘lily pads’ covered in algae, capable of outputting 5-6 watts of electrical energy per square meter. on land, a ‘forest’ of solar collecting masts could draw water from the ground or rainfall to support the algae in land-based applications. the researchers note that such power stations can even generate energy by night, as a result of excess electrons naturally being stored within the algal cells during daylight.

while realization of these concepts may yet require years of development, the exploration is designed to spur further research and investment in BVP technology. ‘moss table’ is on exhibition as part of designersblock, during london design week 2011 from september 22nd to 25th. 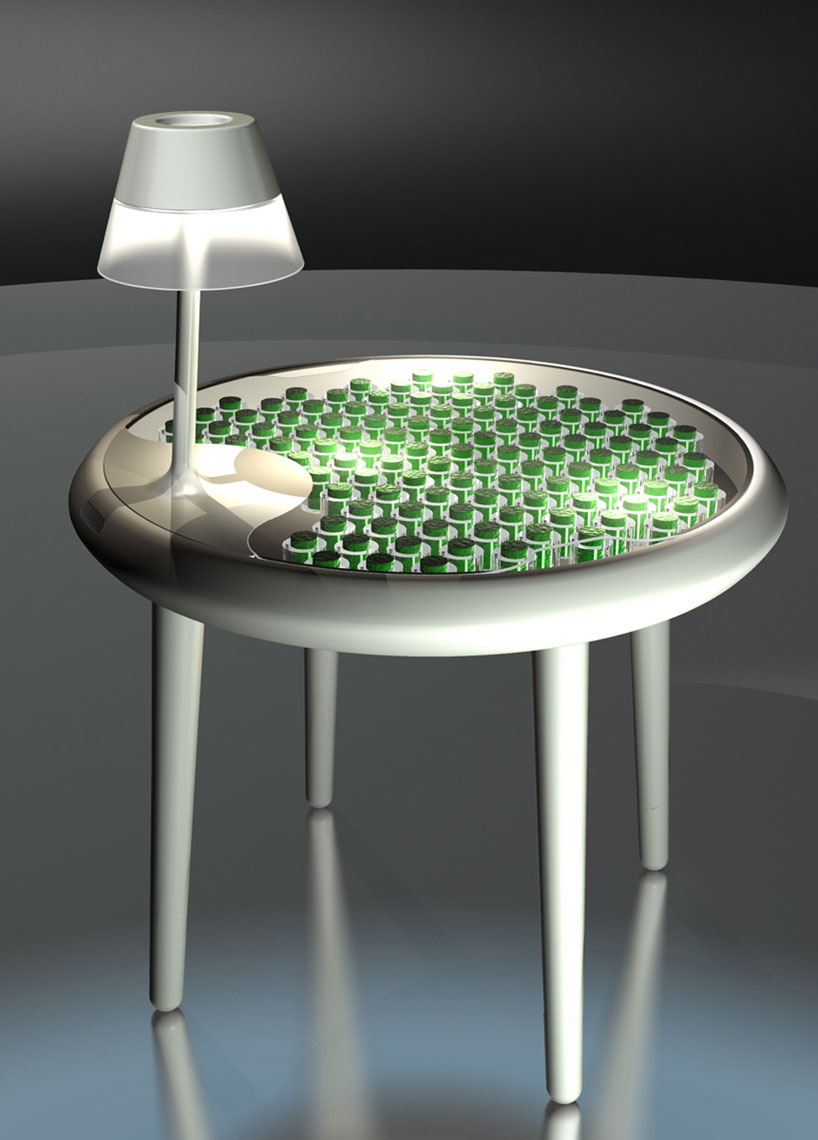 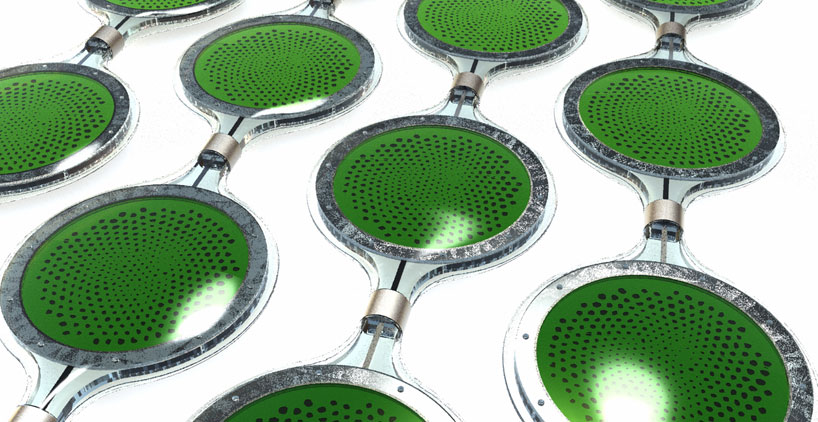 a design of BPV solar panels for home use 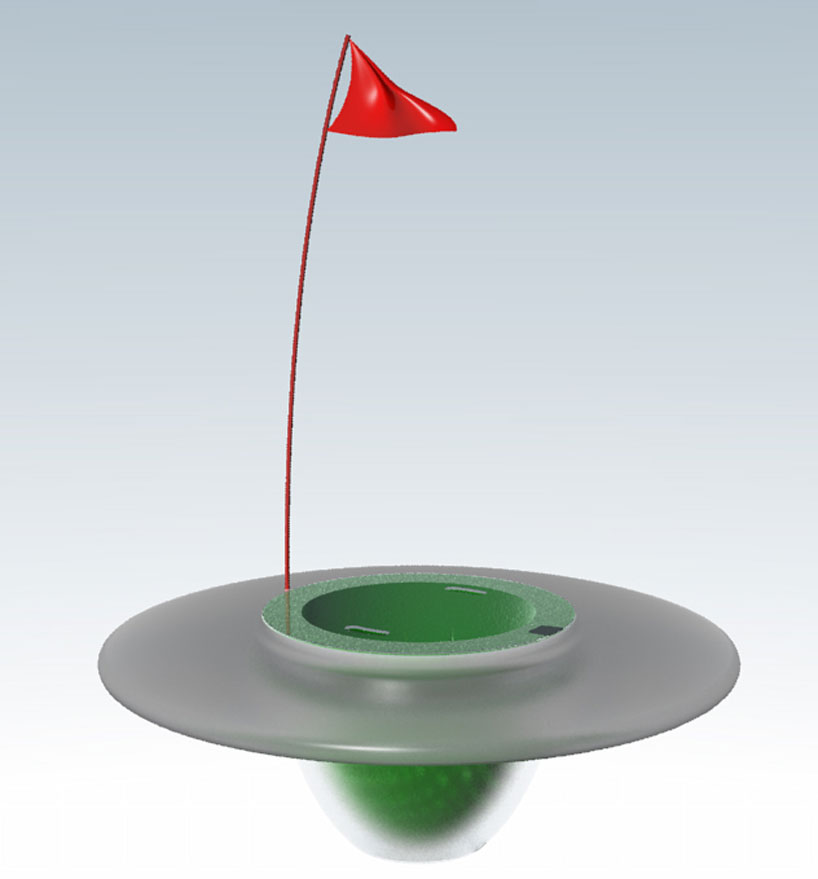 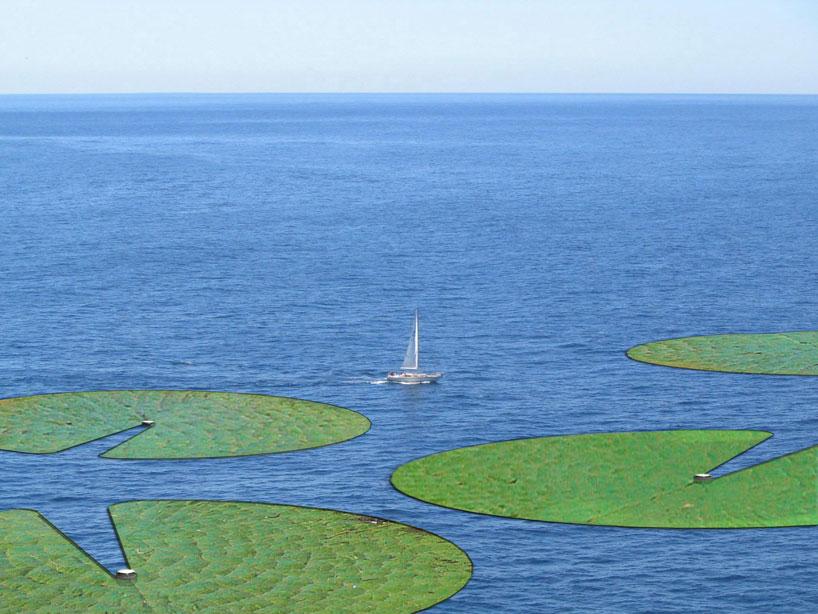 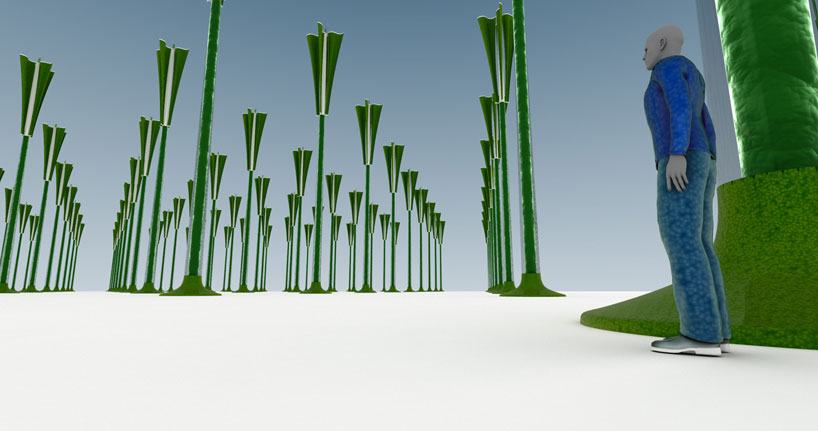 visualization of algae-coated masts that draw water from underground to feed the organisms, making the system self-sufficient 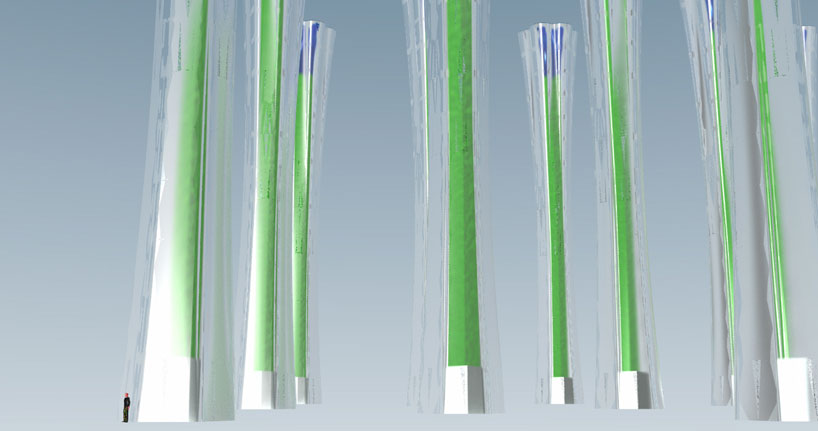 in this alternative example, BPV masts harvest rain water to feed the algae