after announcing that it would eventually sell an all-electric version of its F-150 pickup truck in 2017, ford has revealed plans to start selling a hybrid version by 2020. ahead of this release, the american automaker has teased fans with a video demonstration that shows off the prototype’s impressive torque. 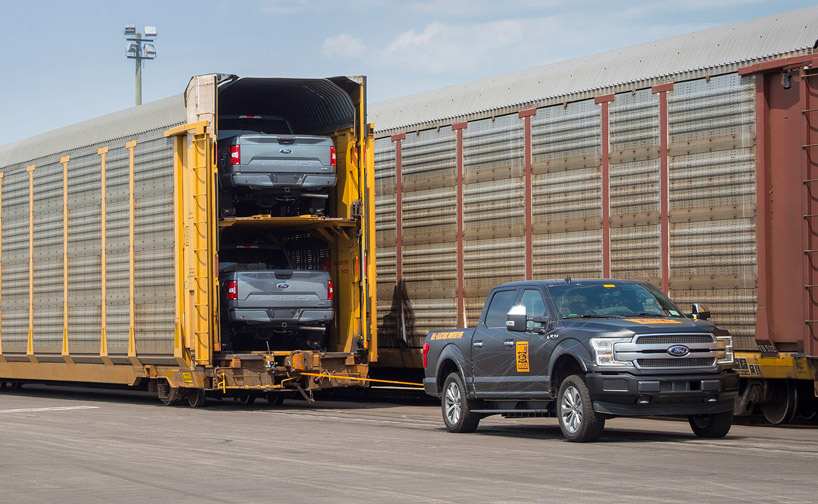 in a video ford published on tuesday (july 23), the electric F-150 prototype can be seen towing 10 double-decker rail cars carrying 42 current-model F-150s. weighing over a million lbs (500 tons) in total, the vehicle can be seen towing the weight over a distance of more than 1,000 feet (300m). 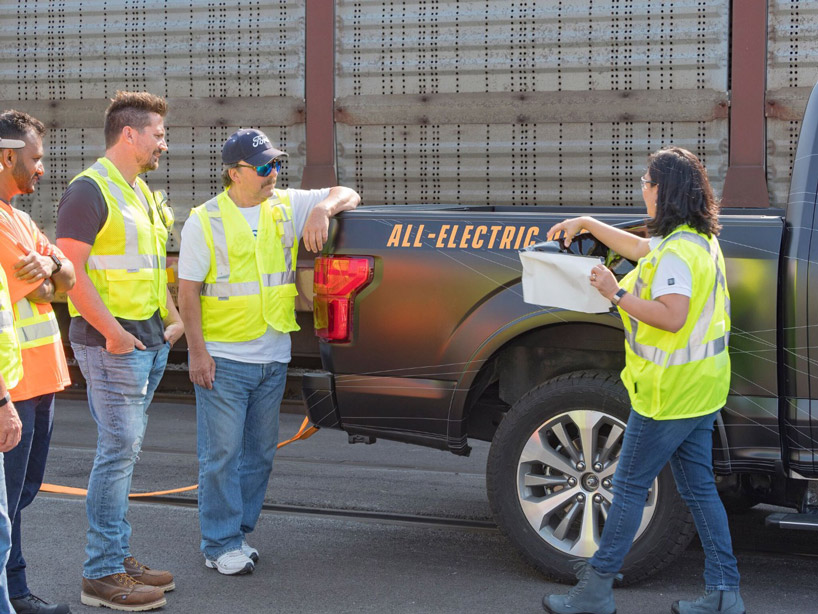 while the video is only a demonstration, it shows promise that the hybrid release could beat the current F-150, which features a 3.5l twin-turbocharged V6 and can tow 13,200 lbs. ford makes a careful point stating that the towing stunt is a ‘one-time short event demonstration’ and claims it is ‘far beyond any production truck’s published capacity.’

‘what we’re trying to show is the benefits of that instant torque from that electric motor,’ said linda zhang, chief engineer of the f-150. ‘the electrified f-150 will be able to add new possibilities that are only possible with an electric motor.’ 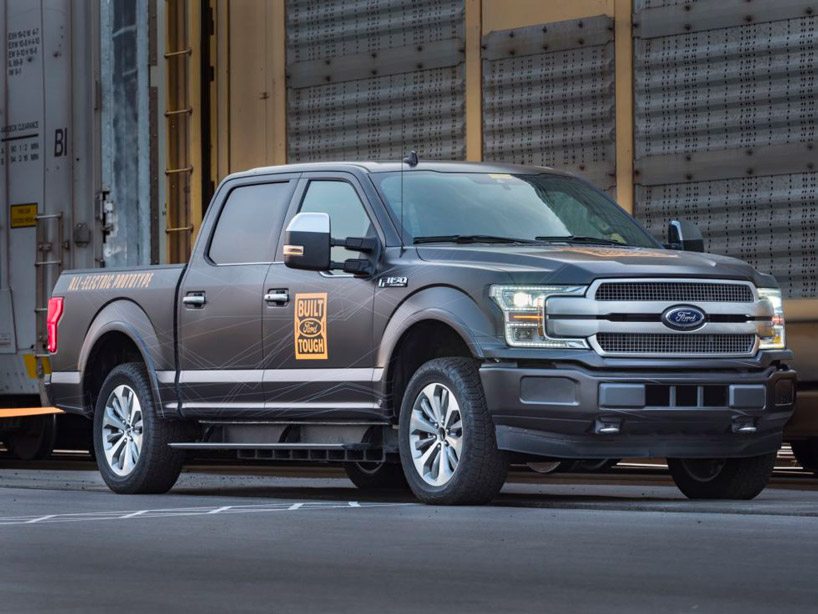 the automaker hasn’t released any specs for its future EV, which was first announced earlier this year. the company has said it will spend $11.5 billion to produce over a dozen electrified models by 2022. tesla and rivian are both on its heels with their own electric pickups in the works.