following the adventures from 2021, rebellion racing partners up again with designboom for the 2022 edition of the famous dakar race. rebellion is an independent geneva-based brand dedicated to unique timepieces, cars, and racing. the whole team, which is composed of two racing buggies and two assistance trucks, has arrived in ha’il, saudi arabia, where the dakar race will start on january 2nd.

more than 500 experienced and amateur pilots will compete at the wheel of cars, trucks, motorbikes, SSVs and quads. designboom races with REBELLION, the official timekeepers of the dakar rally 2022, from january 2-14 – scroll down if you want to learn more about the custom-made cars, and the daily life during the race. 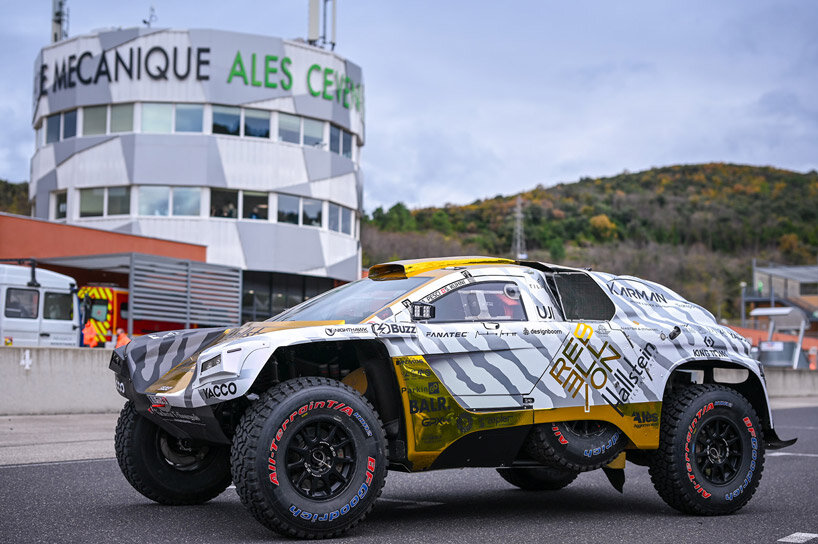 rebellion will race with two DXX buggies that have been custom-produced by RD limited, romain dumas’ innovative company, who is racing together with alexander pesci, chairman of rebellion, on car #215. the vehicle gets its chassis from a peugeot buggy, while the body is custom made. the main upgrades from last year are related to the rear suspension arms, the shock absorbers, and the overall weight distribution.

the petrol engine – which is lighter and needs less cooling than a diesel engine – is inherited from a ford mustang, and delivers a two-wheel drive that is also easier to maintain and allows for inflating/deflating from the cockpit. the whole assembly is made in france and the final result is tested in morocco. 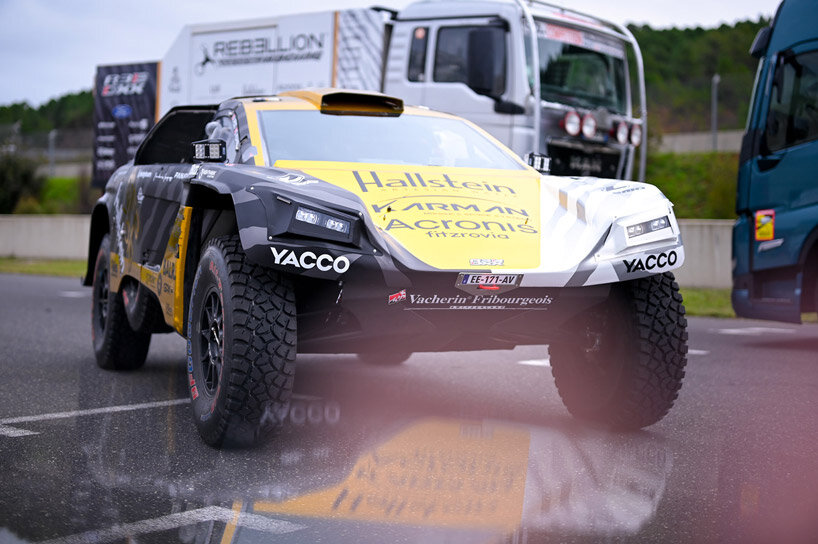 the 2WD buggy’s has a peugeot chassis while the petrol engine comes from a ford mustang.

two support trucks follow the team in the desert. one is for spares and one for tooling. all the repairs and meetings are done under inflatable tents. a quick repairs car is also available for rapid assistance during the race. when the night comes the drivers and copilots will stay into different RVs while the guests and rest of the crew sleep inside tents under the stars. the rebellion racing team has its own cook and kitchen equipment sorted out, but you can always go to the dakar-organized restaurant which can host up to 3000 people. 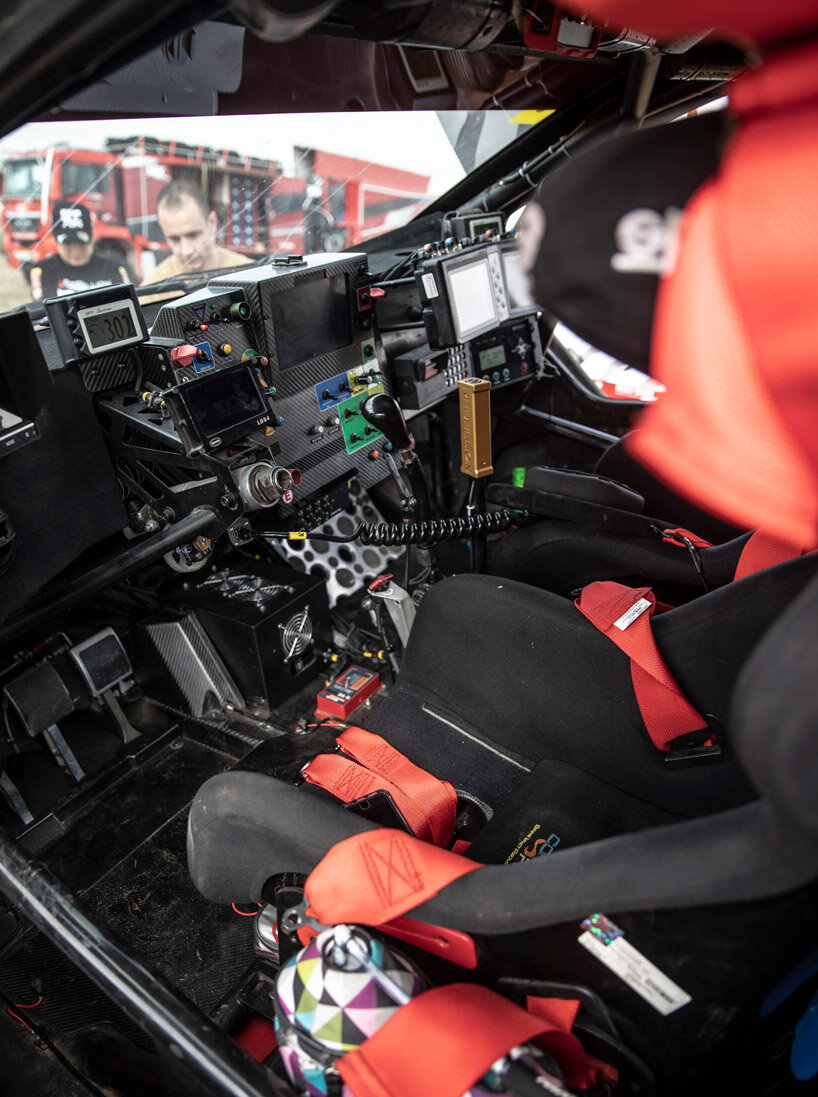 the buggy’s interior. one car will be driven by racing legend romain dumas, and one by rebellions’ alexander pesci. 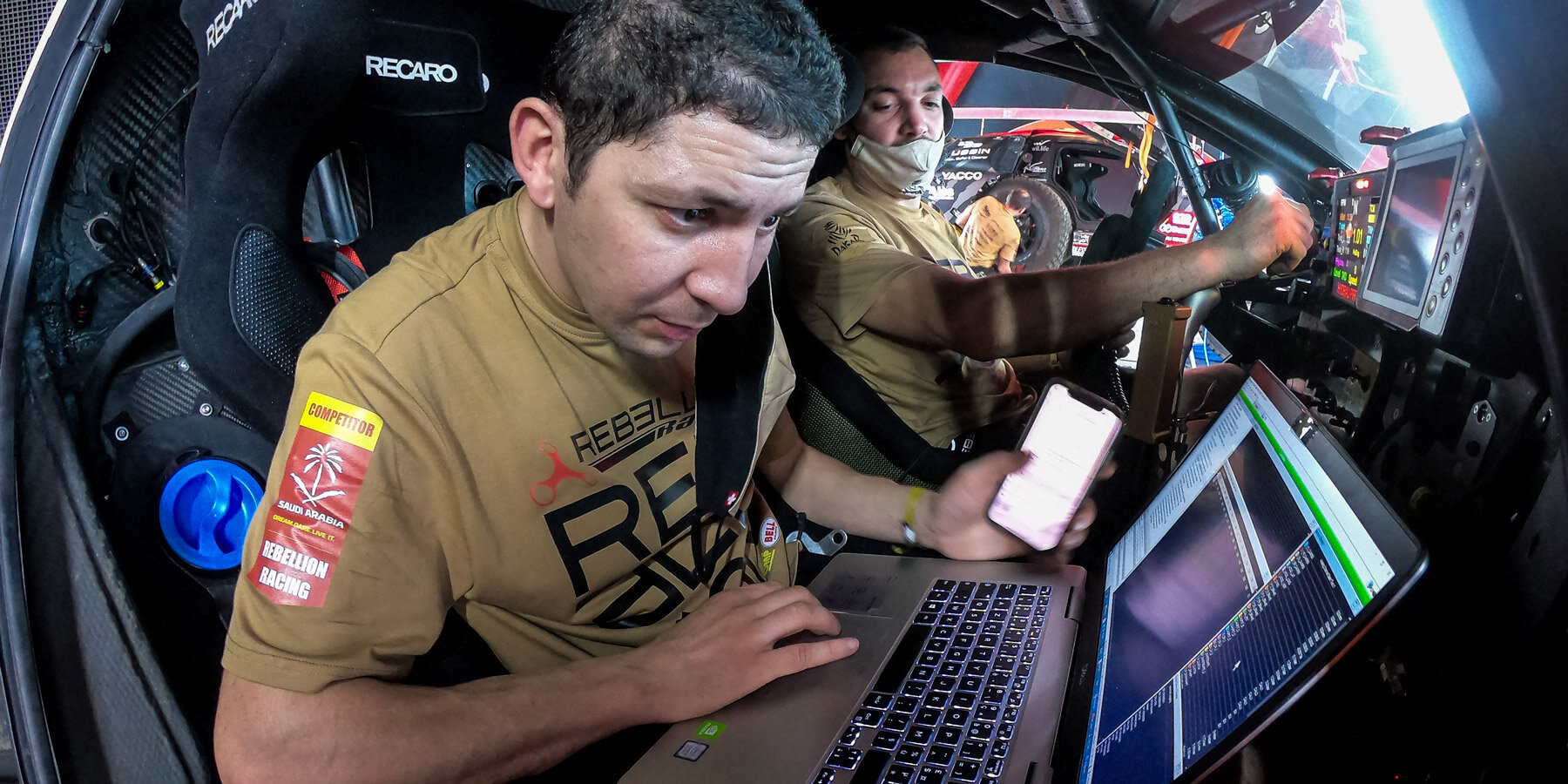 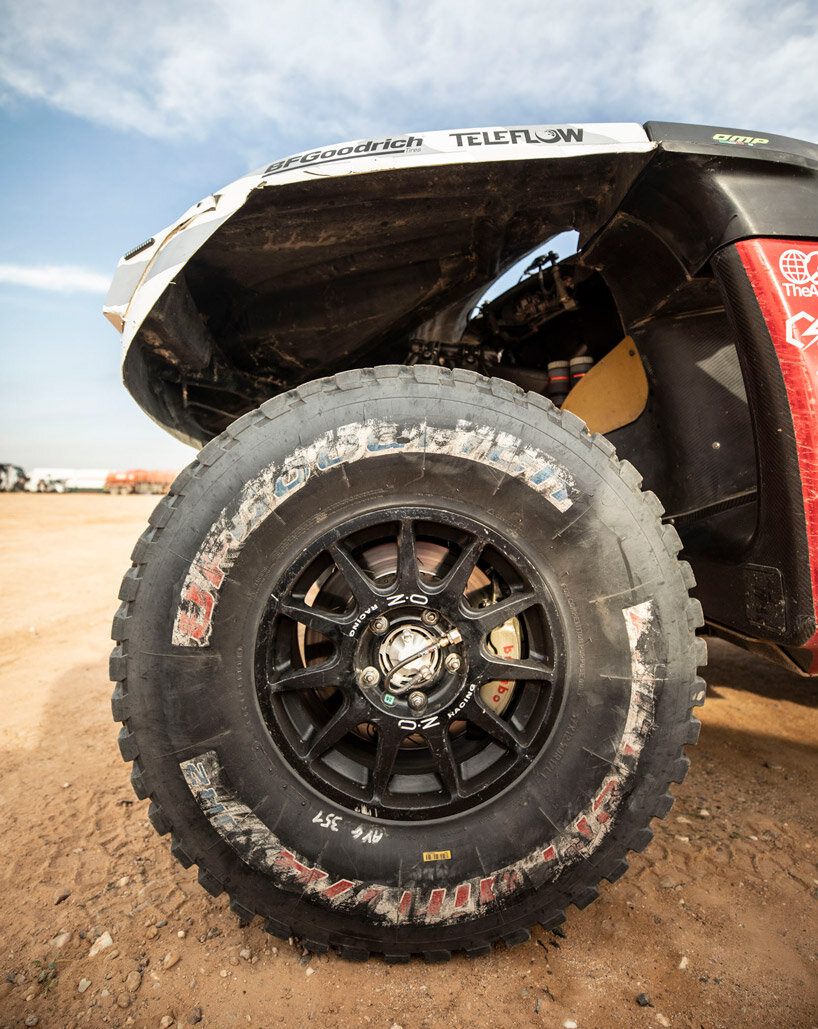 THREE WATCHES IN THE COLOURS OF DAKAR 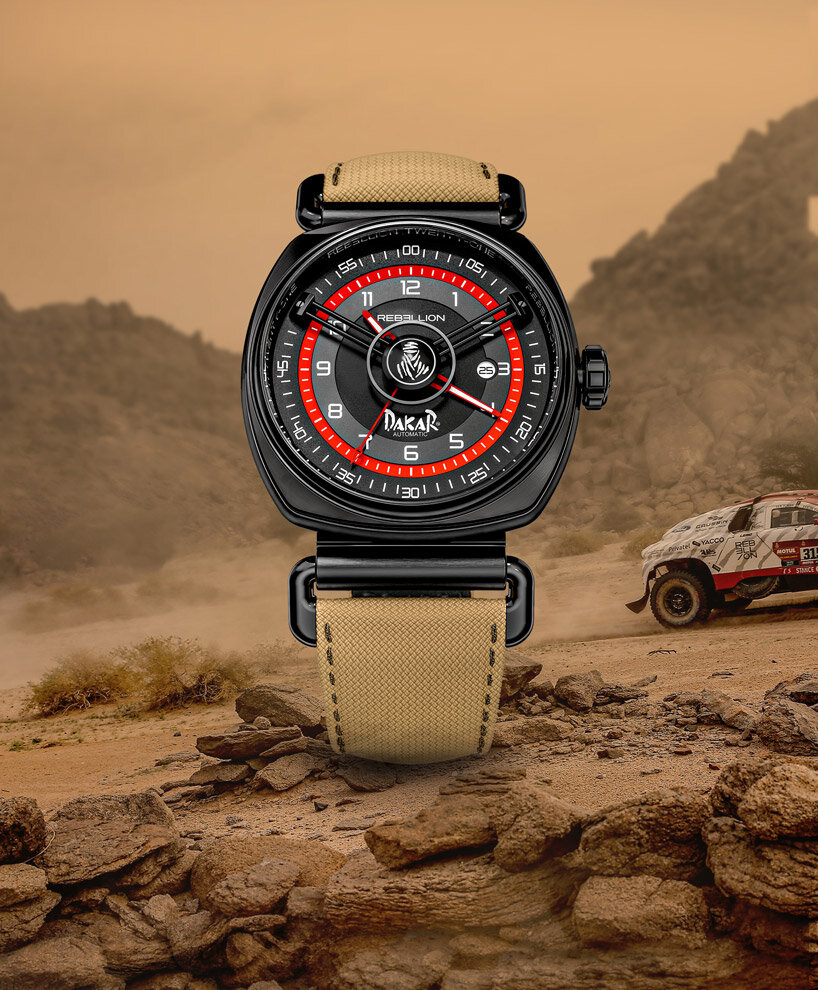 the twenty-one 3 hands dakar is distinguished by a grey and red dial, which is stamped with the race logo. 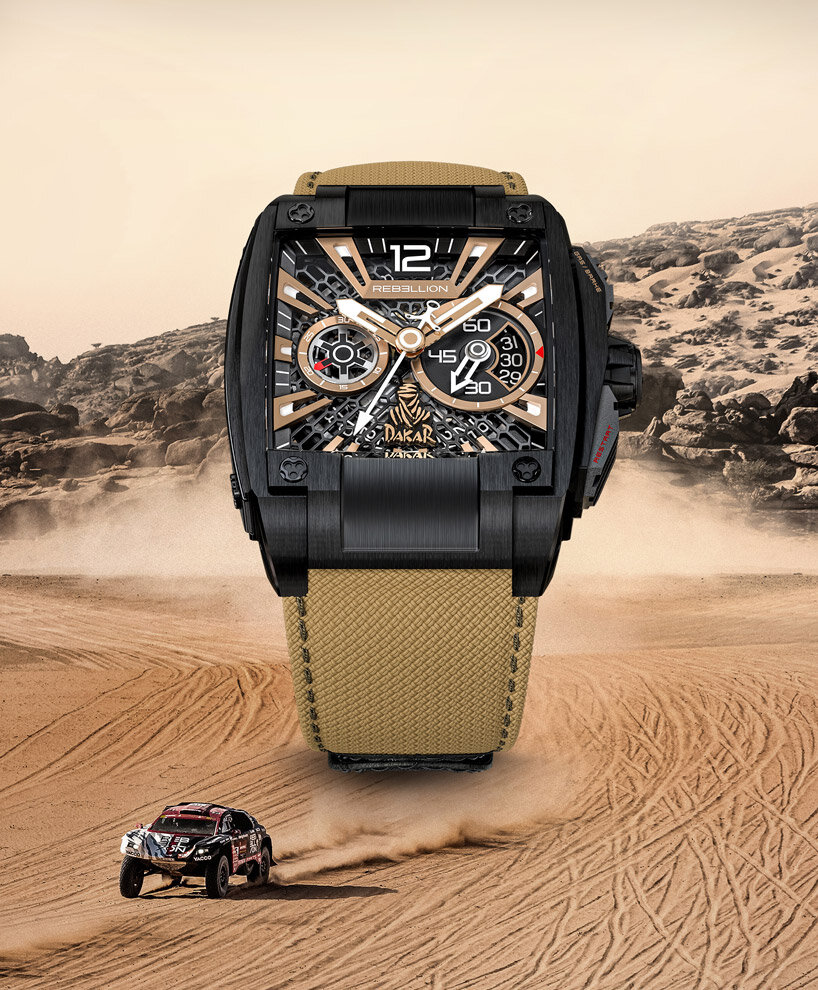 the re-volt chrono dakar is a concentrate of the racing spirit. this limited edition features a striking open architecture built around a titanium case with aerodynamic lines. 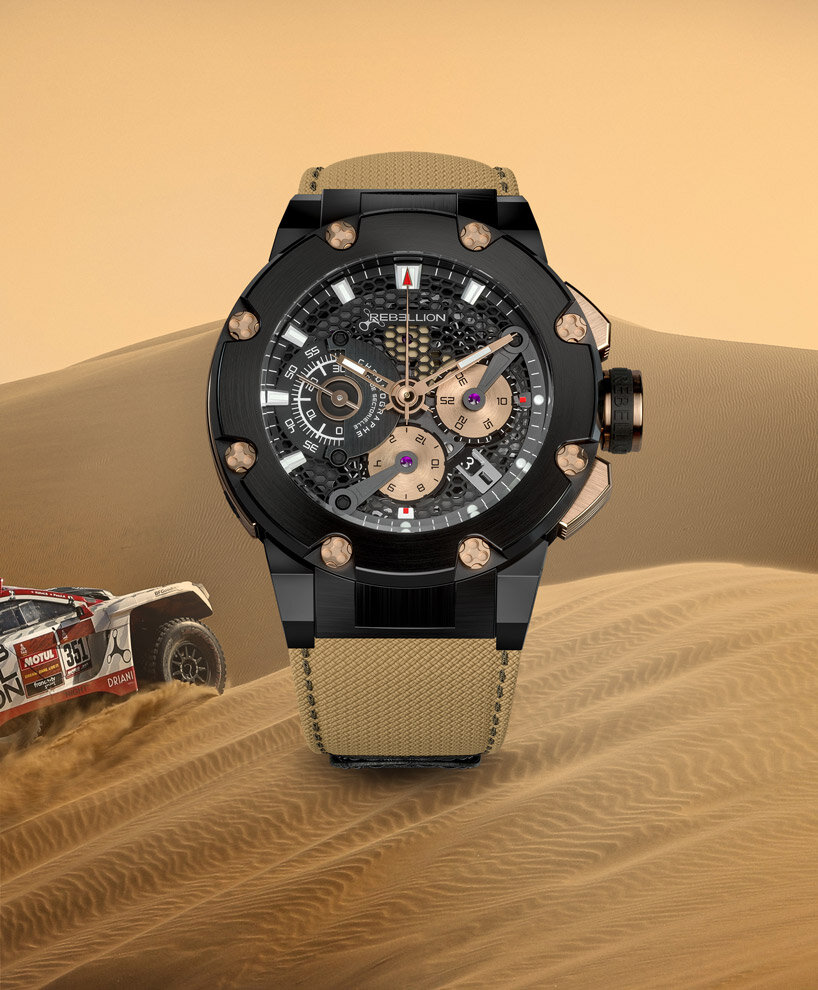