the world’s only hydrogen powered train has uccessfully completed its first journey along a test track in germany. the french rail company alstom are the masterminds behind the fuel-cell passenger train, which goes from a to b without emitting a single molecute of carbon dioxide. the train, named the coradia iLint is the first ever train to complete a journey using only electrical power from a hydrogen fuel cell, and can reach speeds of 80 km/h. the zero-emissions train is completely silent, and gives off only steam and condensed water when it runs. 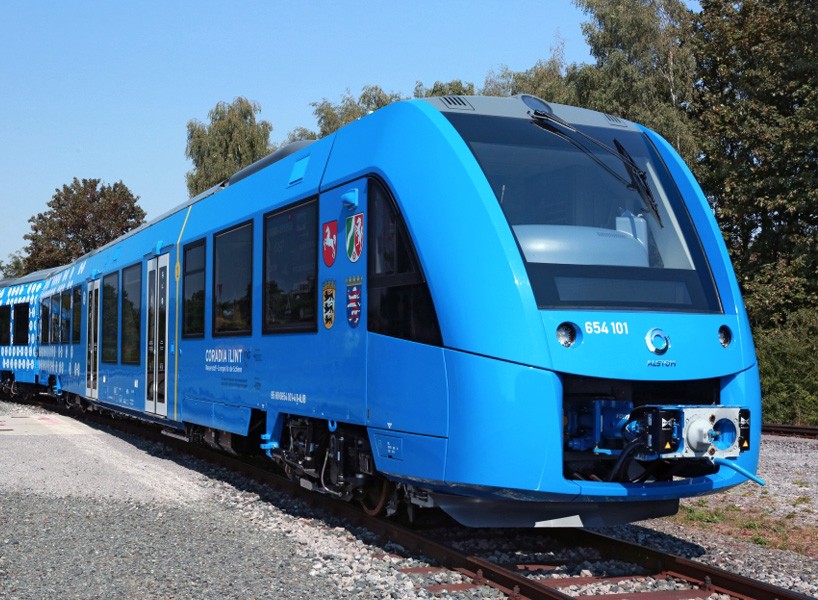 coradia iLint is special for its combination of different innovative elements that enable it to run off only hydrogen, including a clean energy conversion, flexible energy storage in batteries, and a smart manaement of traction power and available energy. didier pfleger, VP of alstom germany and austria, explains that ‘the test run is a significant milestone in environmental protection and technical innovation. with the coradia iLint and its fuel cell technology, alstom is the first railway manufacturer to offer a zero-emission alternative for mass transit trains, which is a major step towards cleaner mobility in europe.’ 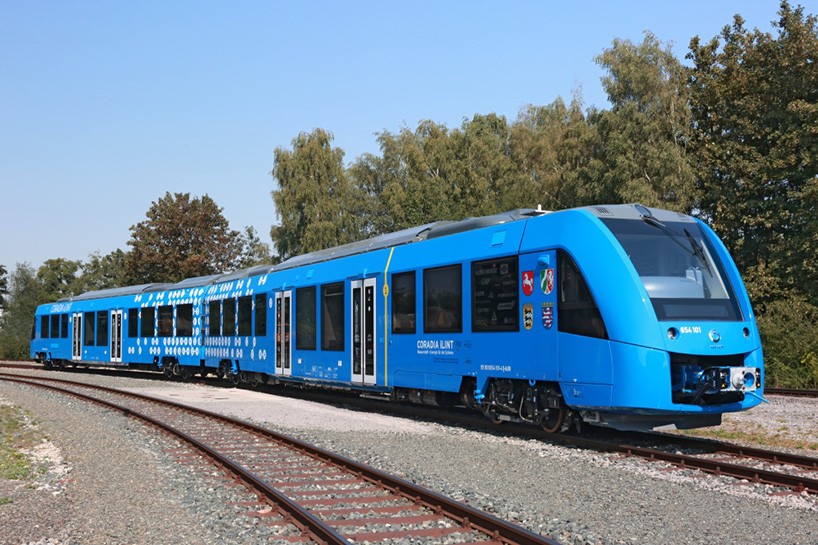 alstom plan to continue testing the vehicle over coming months, before the train is set to perform it’s first passenger journey at the beginning of 2018. the company has already signed letters of intent for 60 trains with germany alone. 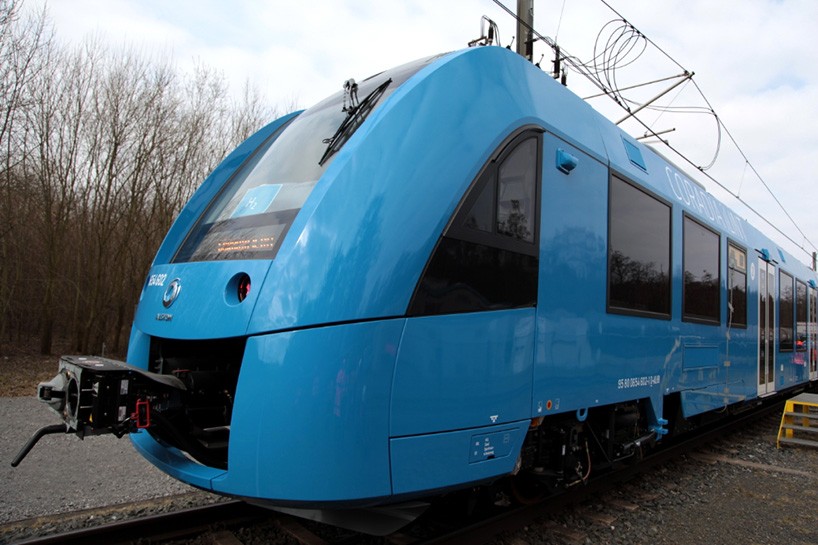 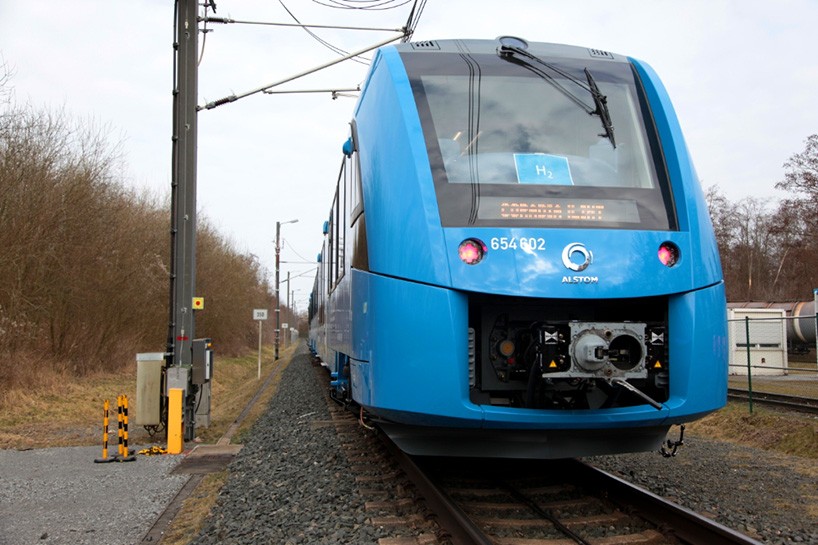 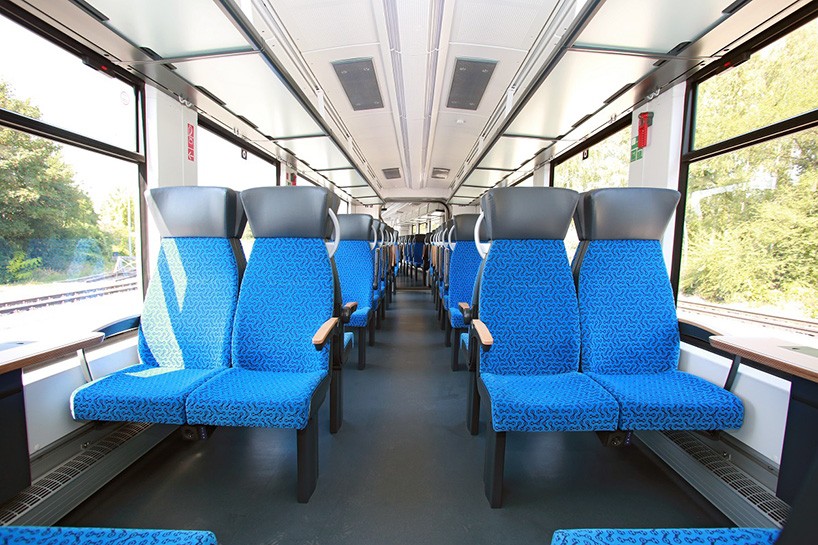 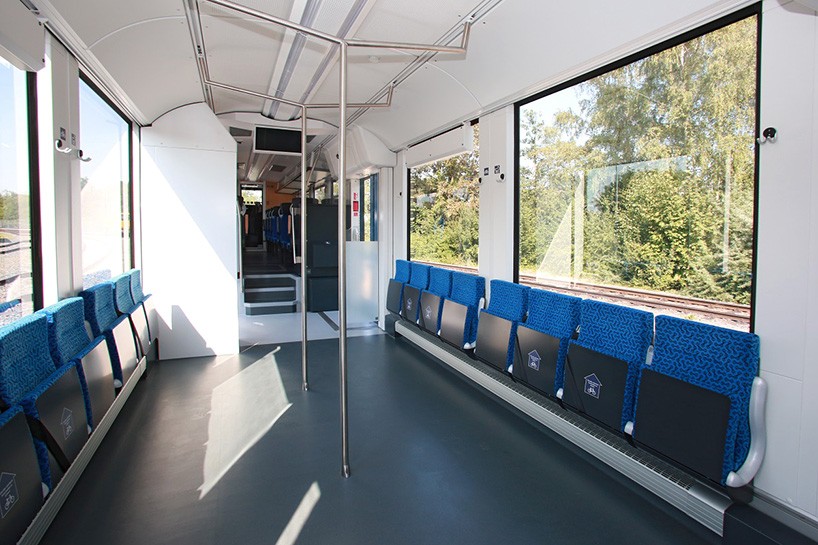