while amazon currently has the most popular ereader on the market, they announced an application to read ebooks on apple’s soon to be released ipad device. the new application is designed for tablet computers which make use of touch sensitive displays, something amazon’s kindle reader lacks. the kindle software was redesigned to make use of this type of interaction adding colour to the program and much richer animations like page turning. amazon previously released an ereader application for the iphone and standard apple computers. the application will give users access to around 450,000 ebooks when is presumably launches in april with the ipad. 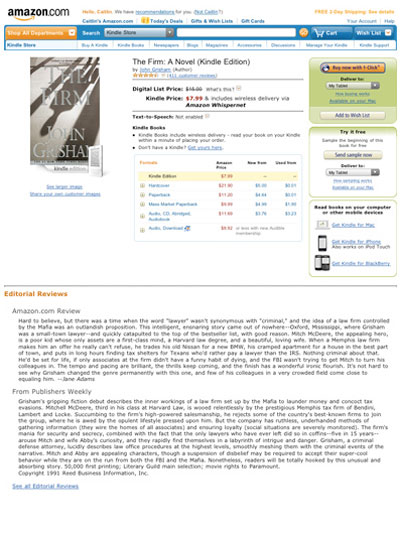