a video of a giant amazon blimp deploying a swarm of delivery drones has made the rounds on twitter this week, showing what one user described as a ‘borderline dystopian’ image of the future. amazon has been experimenting with drone delivery for some time now with the retail giant’s research and development lab have been hard at work conceptualising the future of ‘prime air‘ since 2013. 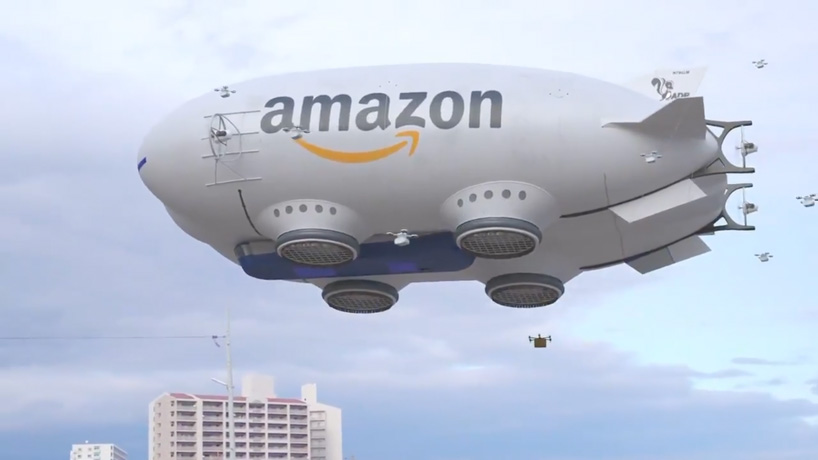 the video, which has been shared 17,000 times and liked by more than 52,000 users, was one of many april fool’s day jokes to flood the internet on monday. the clip was created by a digital artist in japan, who was inspired by the lockheed martin P-791, an experimental hybrid airship.

There was a talk about delivery by drone, but it had already started. I thought it was a story ahead.#エイプリルフール #zozi撮影 pic.twitter.com/hFrmGOKwof

but the concept isn’t so far-fetched. in fact, the patent brings to life a very real patent that amazin filed back in 2014 for a drone delivery service with an ‘airborne fulfillment center.’ amazon patented the idea of blimplike airships that would deploy ‘unmanned aerial vehicles,’ or drones, that would pick up items from the blimp and deliver them to customers. 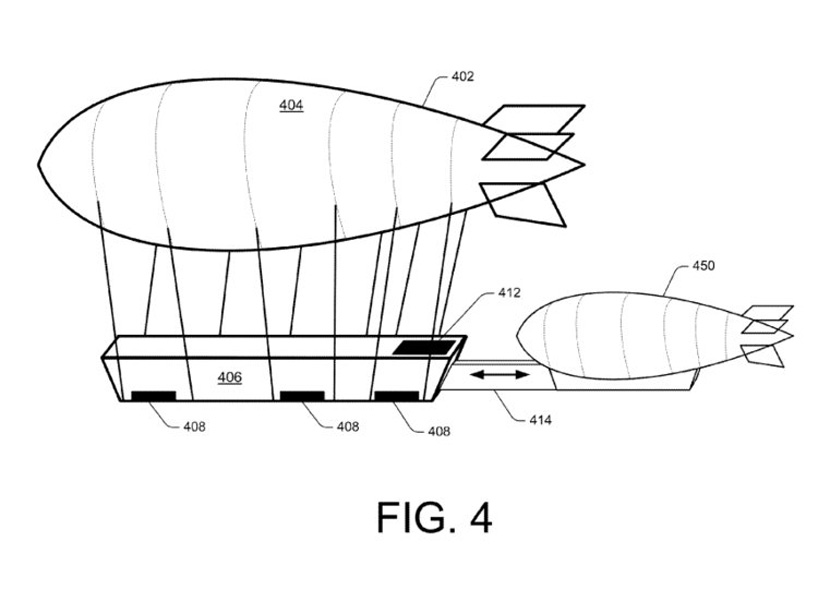 image via US patent office

the patent was awarded so could become a reality one day, and with the recent developments in airborne technologies, whose to say that day wont be soon. amazon would likely need regulatory approval from aviation authorities which could be complex but not impossible. 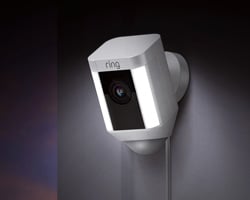 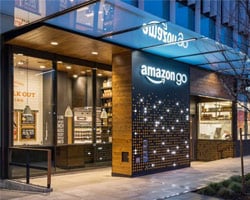