‘cozmo’ built by san francisco-based startup anki is a charming robot that is small enough to fit in the palm of a hand. it resembles a toy truck with forklift-like technology for lifting light objects and has an animated face displayed on a CRT-styled screen that holds two large, blue eyes. 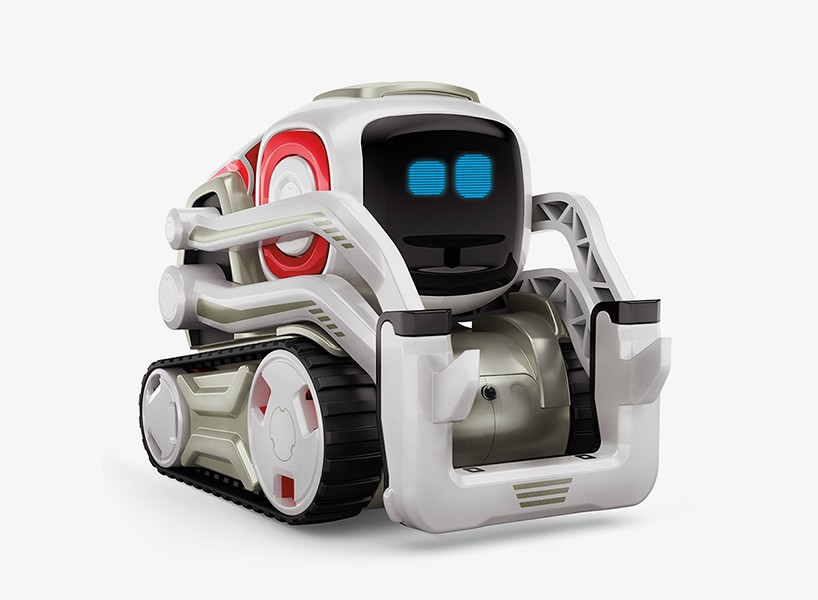 for decades charismatic robots have come to life in hollywood films, from which ‘cozmo’s’ appearance draws a direct influence. professional animator carlos baena, who worked on features like ‘Toy Story 3’ and ‘Wall-E,’ lead anki’s team of animators and designers (some of whom worked at animation studios like pixar and dreamworks) who developed the way it moves and interacts with its surroundings. it’s animated eyes are hugely important for conveying it’s ’emotions’. 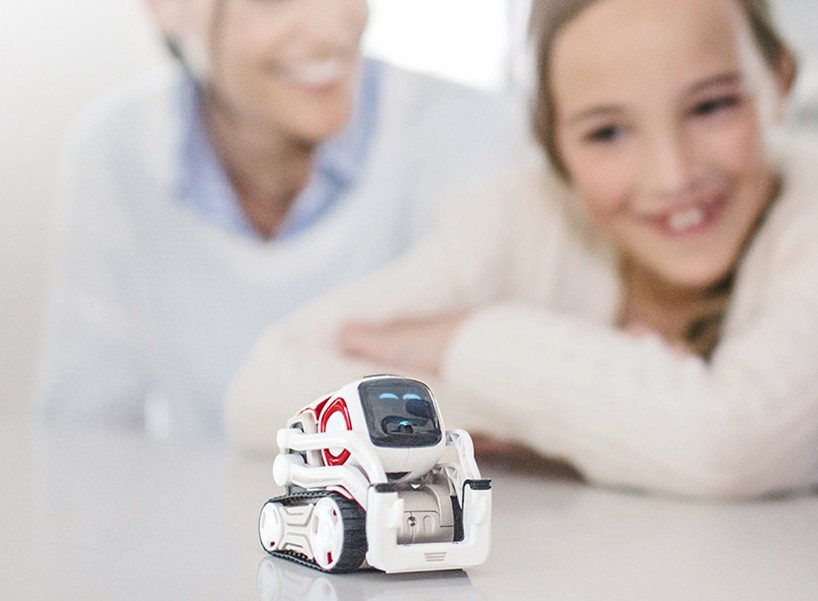 it’s eyes are engaging for the viewer

cozmo’s pupil-less eyes shape-shift to reflect its mood, so if it’s feeling happy, its eyes compress into little slits in a cartoonish manner. if a player hasn’t interacted with cozmo for a while, its eyes quickly morph into a little game of pong, indicating that it is bored. 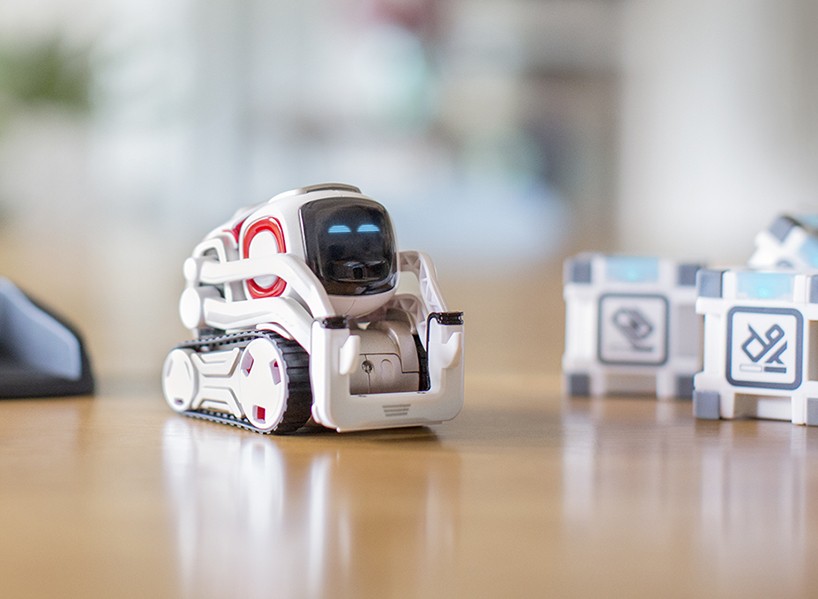 owners connect the robot to a mobile app through wifi, and the app acts as it’s brain, so to speak. Once turned on, it’s piercing eyes light up and indicate that the little robot is scanning its surroundings. using artificial intelligence technologies, ‘cozmo’ can lock on and remember a person’s face through facial recognition so that it knows whom it wants to play games with. anki built software models that were fed ‘thousands of examples of faces’, which helped train it in identifying people. 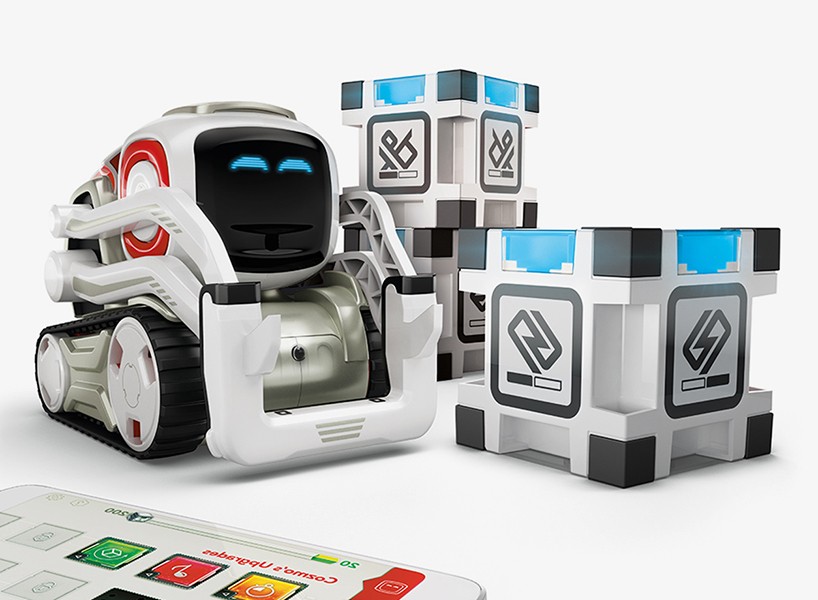 cozmo sat next to the cubes used for gaming

the robotic companion is intended to play custom games with its owners. a series of games involving three cubes (each slighty smaller than the robot) has been created in which each side blinks in different colors depending on the game. in one game called ‘Speed Tap’, both cozmo and the player are assigned one of the cubes, and whenever the cubes flash the same color, the player must tap his or her cube before the robot can. it has been programmed to react to each win or loss, and if it wins a lot, its confidence will grow and it will antagonize the player to continue playing the game. if it loses, it can become frustrated and will throw it’s little forklift arms around in disappointment. 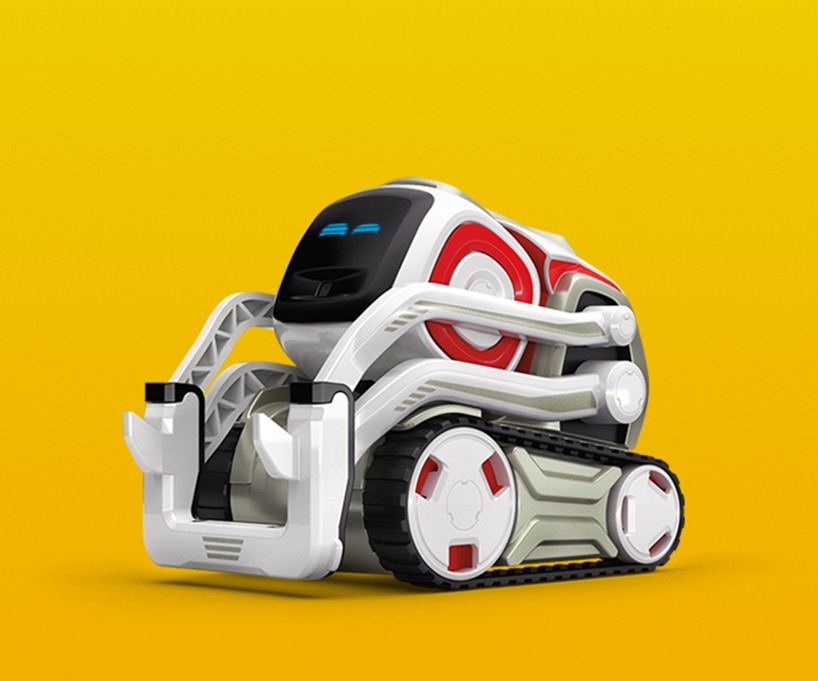