the ‘anthromod mk2’ is a 3D-printed, fully articulated robotic hand

the  ‘mk2’ by open-source humanoid robotics developers anthromod is a 3D-printed, fully articulated robotic hand, complete with opposable thumb. the underlying structure is 3D printed as a single piece including the hinges, and thus requires no assembly. to this hand, anthromod strung ‘tendons’ (microfiber housed within a PTFE tube), connected to servo motors to enable movement.

the hand itself (without tendons) is available at the anthromod shop on shapeways. in the future, anthromod plans to produce kits that include the bowden tubes, tendons, servos, and controls so that users can make their own articulated hand. additionally they plan to develop a forearm system, built-in sensors for the unit, as well as clip-on shells to ‘skin’ the hand.

making-of info at the anthromod development blog; and keep posted to designboom for demo videos and upcoming news about the ‘mk2’! 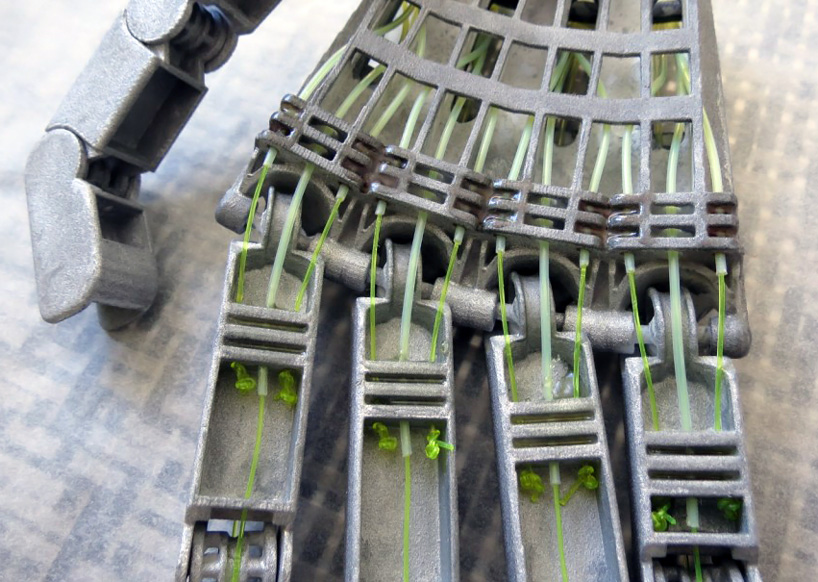 march 2012 test of an ‘anthromod mk1’ (not the current ‘mk2’) prototype, which shares some of the structure of the ‘mk2’ 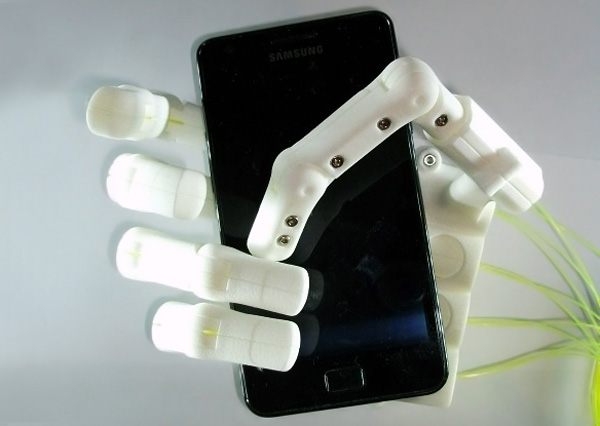 grasping demo of an earlier model, the ‘mk1’ 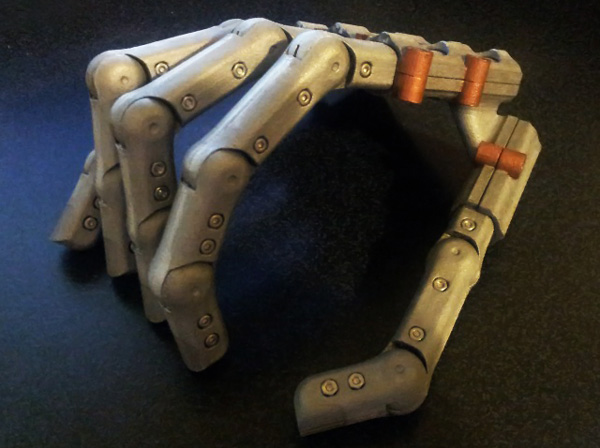 the 3D-printed hand can be custom painted as shown here 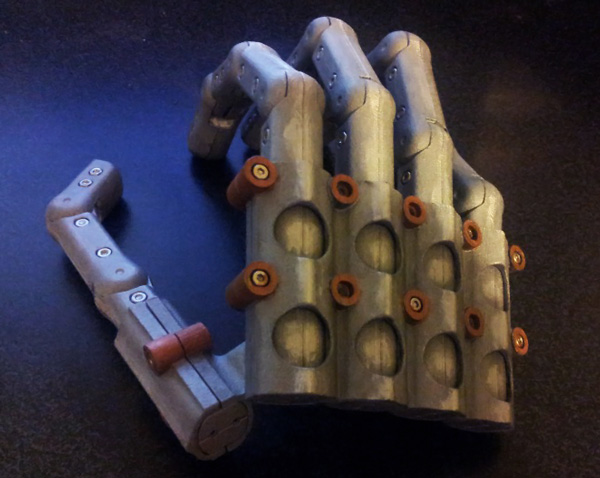 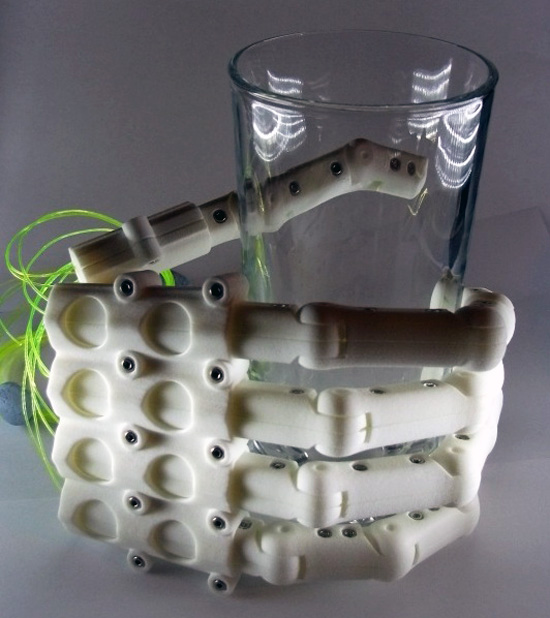 view of the ‘mk1’ in another grasping demo