fifty years ago, on july 20th, 1969, the world watched neil armstrong’s giant leap for mankind, becoming the first person to set foot on the moon. to commemorate the anniversary of the historic apollo 11 moon landing, discovery channel has aired a documentary dubbed apollo: the forgotten films. the film features never-before-seen footage of the audacious mission, revealing the incredible lengths a group of engineers, scientists and astronauts went through, to achieve one of america’s greatest technological feats. 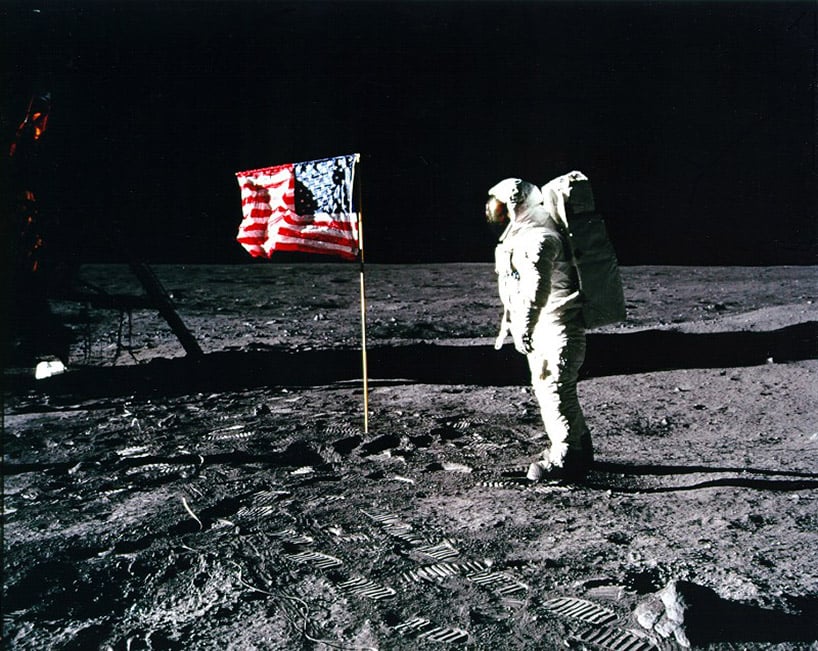 aldrin salutes the U.S. flag
all images courtesy of NASA

discovery’s apollo: the forgotten films showcases footage from a number of different resources  including the NASA research centers, the national archives, and news reports of the time. the two-hour documentary by duncan copp discloses the quarantine the astronauts had to go through after returning to earth, as scientists made sure they did not carry alien pathogens back from outer space, as well as the exhaustive preparation that went into sending the first humans to the moon. 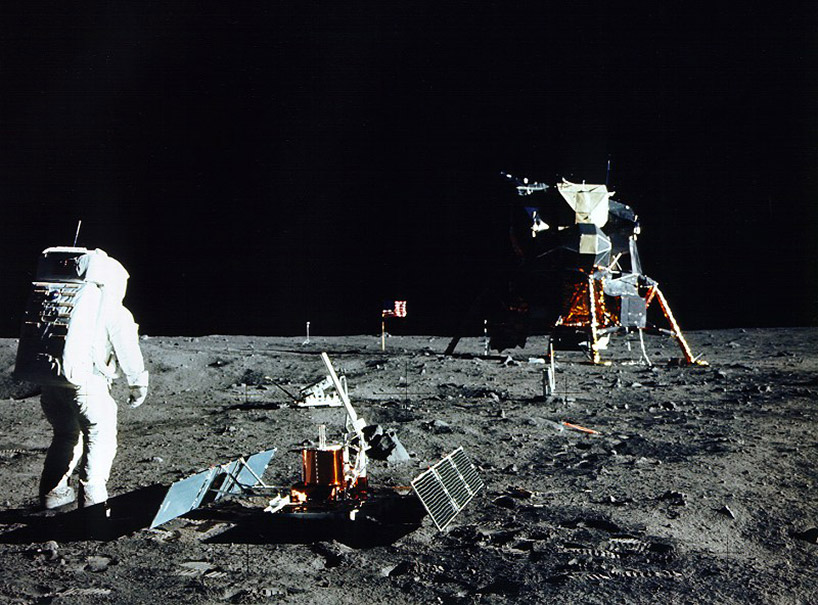 ‘the approach to this commemorative special is to celebrate and honor everyone who made this most incredible of missions possible,’ said howard swartz, senior vice president of production and development, discovery. ‘with only the use of archival footage from the time, this will be is an immersive experience for the viewer, transporting them back to a time of hope, fear, and ultimately, triumph.’ 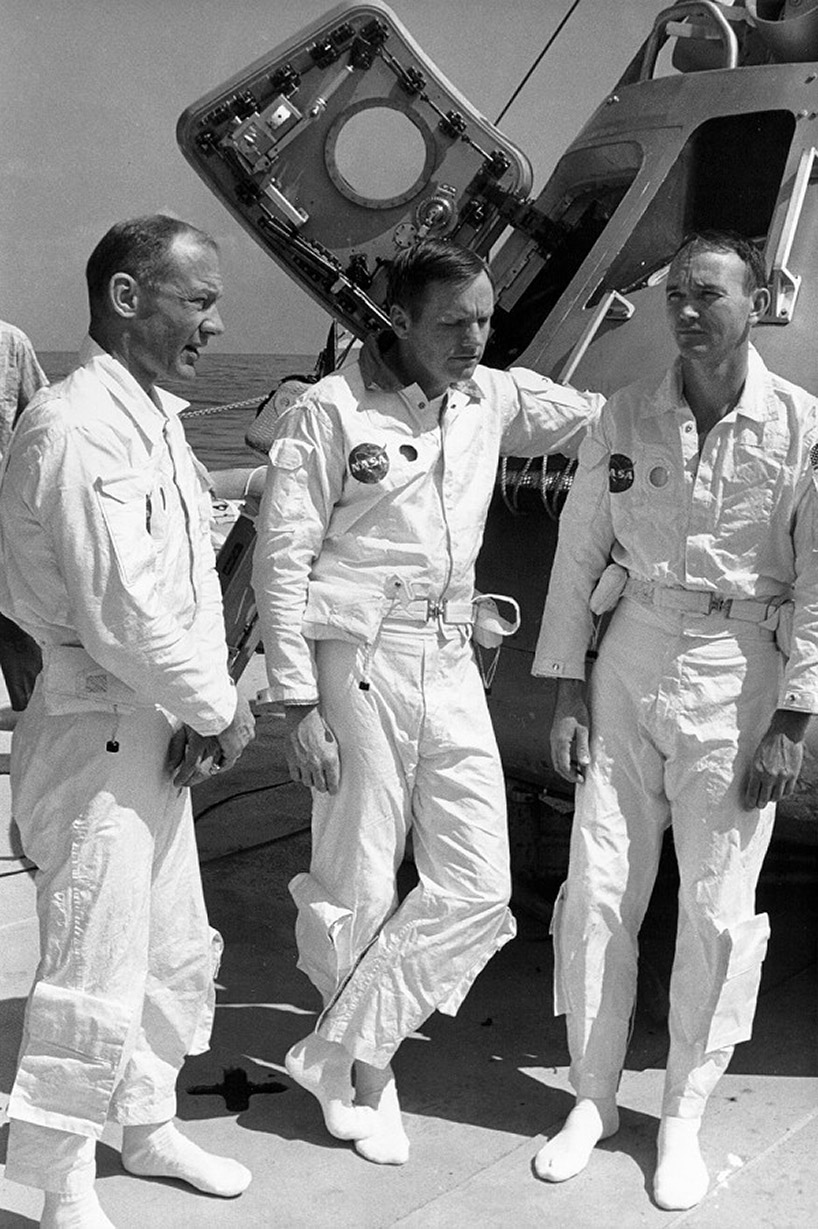 involving half a million people, america’s race to the moon was no easy mission. the team of scientists and engineers who devoted their lives to realize the dream of a nation faced one obstacle after another. they overcame gigantic challenges to build a rocket so powerful it could break free of earth’s gravity with a fearless group of astronauts, who risk their lives to fly a spaceship that would land on a precise spot on the moon, 250,000 miles (402,336 km) away. 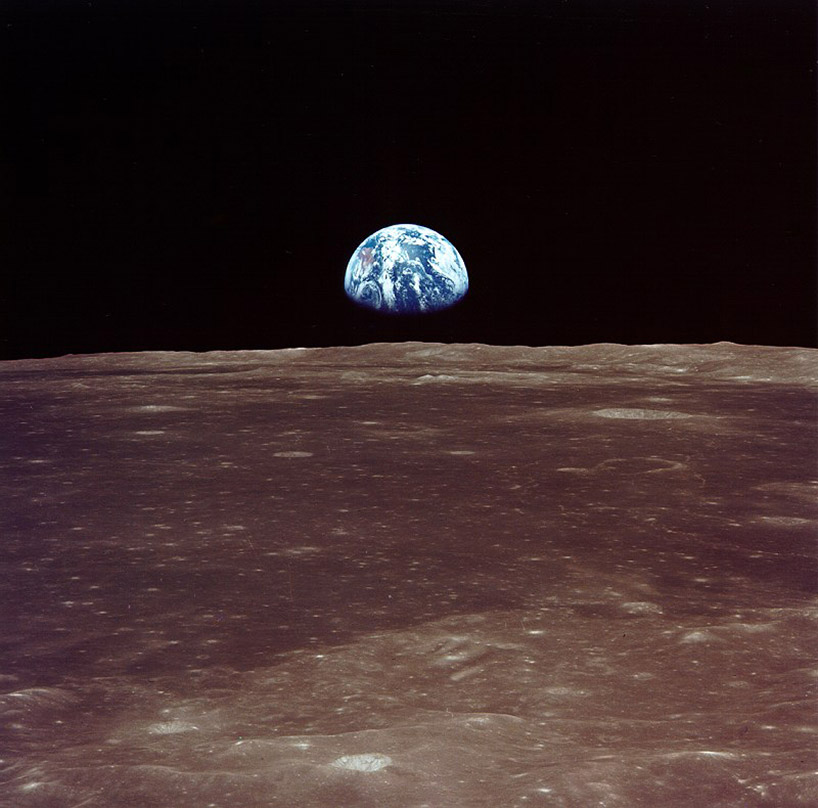 earthrise viewed from lunar orbit prior to landing

apollo: the forgotten films begins at the NASA facility in florida’s kennedy space center where the apollo 11 crew — neil armstrong, buzz aldrin and mike collins — start putting their spacesuits on, three hours before the launch. inside the control room, the tense moments are presented while an engineer describes the challenges of propelling the astronauts to the moon. once inside the spacecraft, the documentary shows the trio of astronauts exchange notes while they catch a glimpse of the moon: ‘fantastic! look at the mountains,’ says collins. ‘my gosh, they’re monsters.’

overall, the documentary provides a minute-by-minute narration of the historic moment, with breathtaking, slow-motion clips that capture the event. 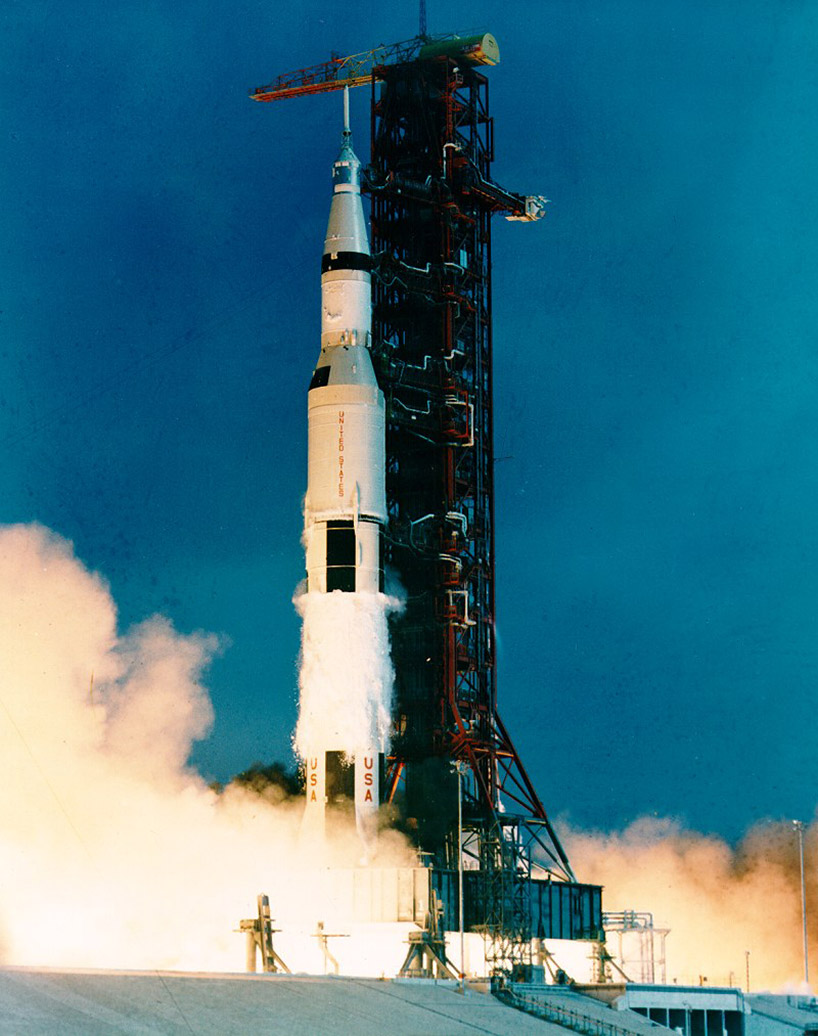 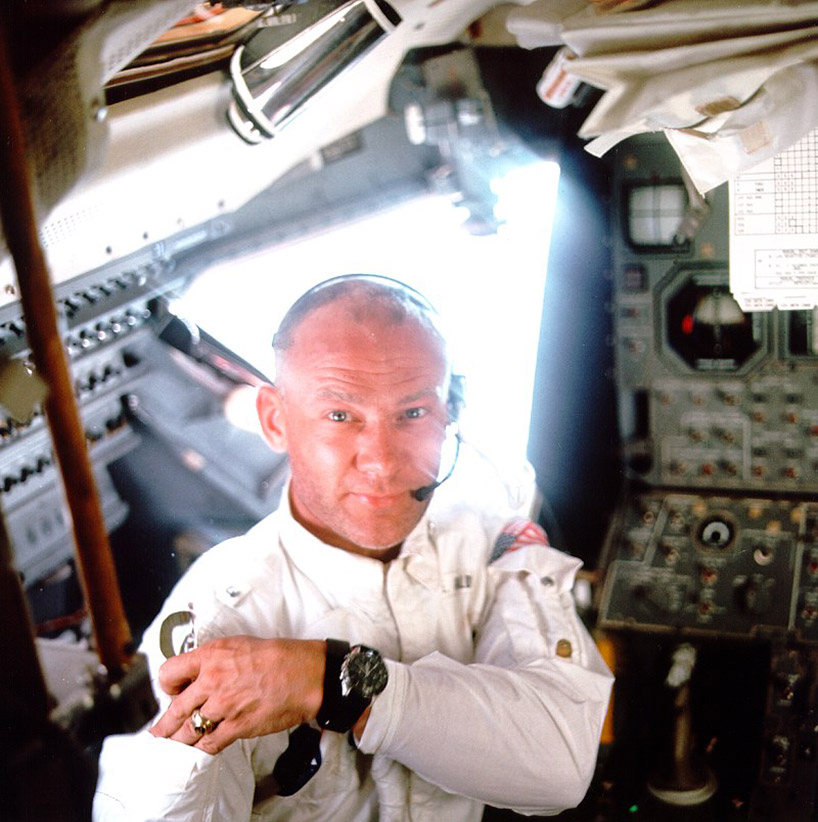 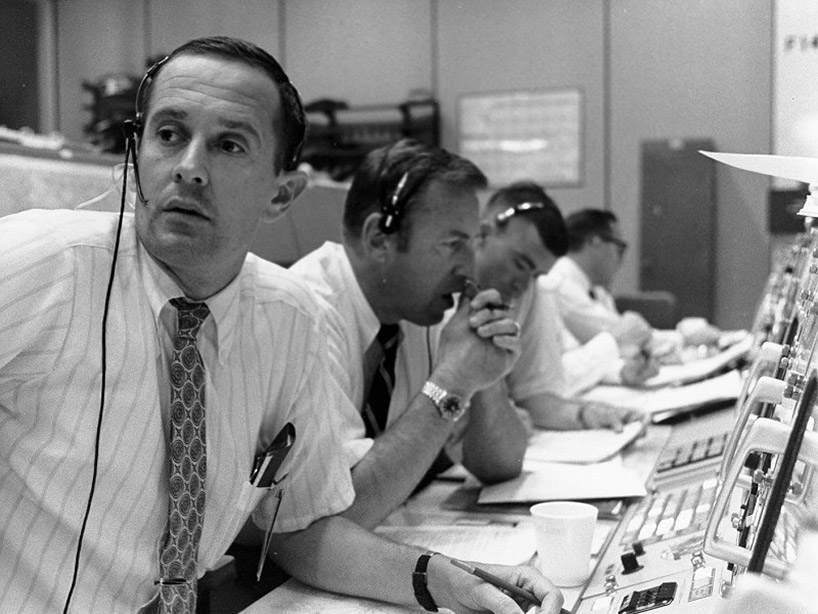 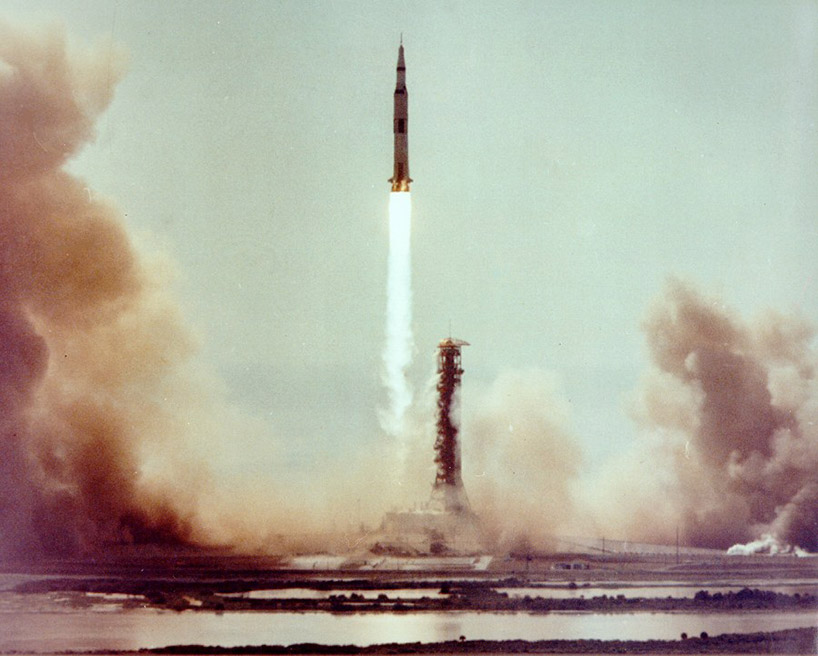 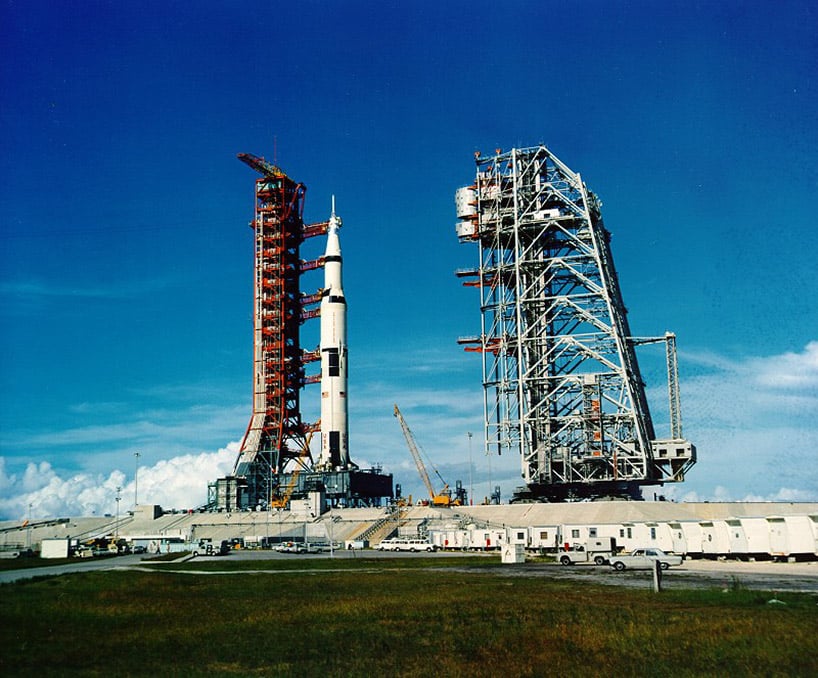