shin seung back and kim yong hun from shinseungback kimyonghun, a seoul-based artist collective have created an unusual fashion statement for self-defense – an interactive wearable surveillance system with a built-in alarm system. entitled ‘aposematic jacket’, the tailored suit is outfitted with an assortment of tech features that could aid in preventing possible theft and assault. integrated into the coat are a raspberry pi computer with a series of different sized lenses – each paired with its own miniature camera, a WiFi module for transmitting information to the internet, and a battery pack for powering the bespoke wearable device. ‘when the wearer pushes a button under threat, the jacket records the scene in 360 degrees and can send images to the web,’ explain the korean duo. ‘the lenses on the jacket can also give off a warning signal; ‘I can record you’, to prevent an attack.’ 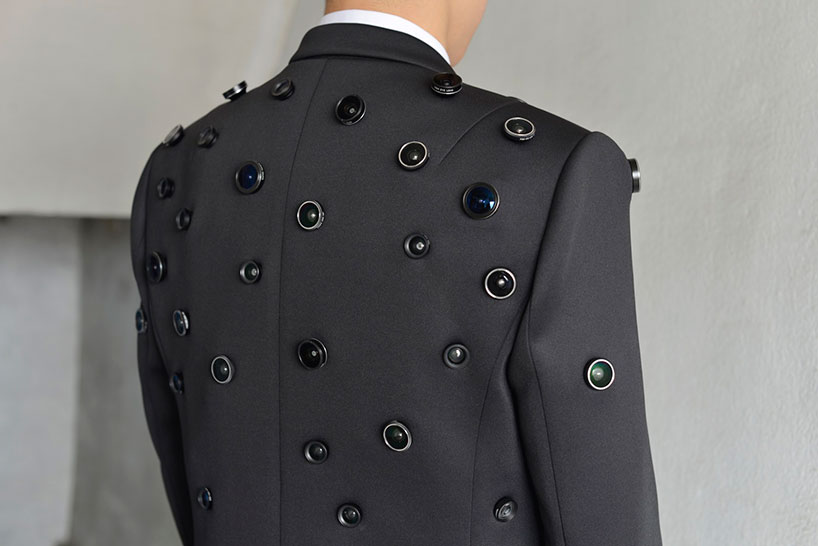 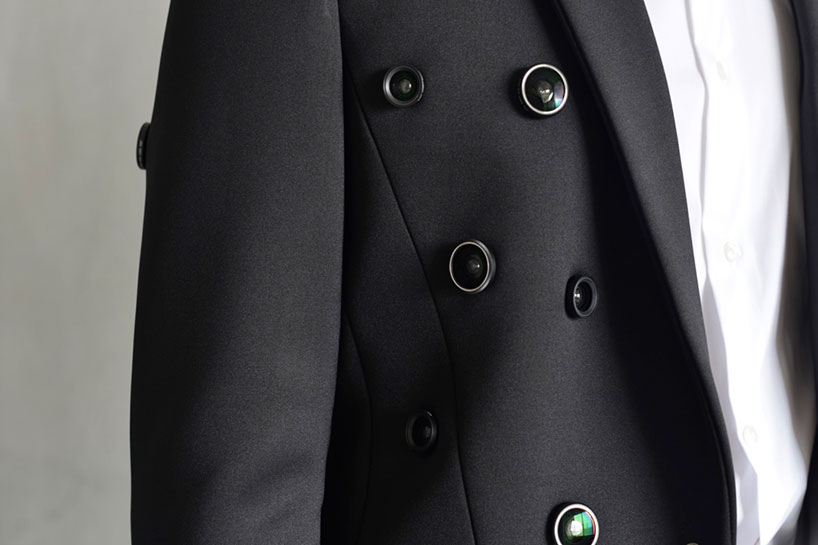 in case of an immediate threat, the jacket records the scene in 360 degrees and sends images to the web via WiFi 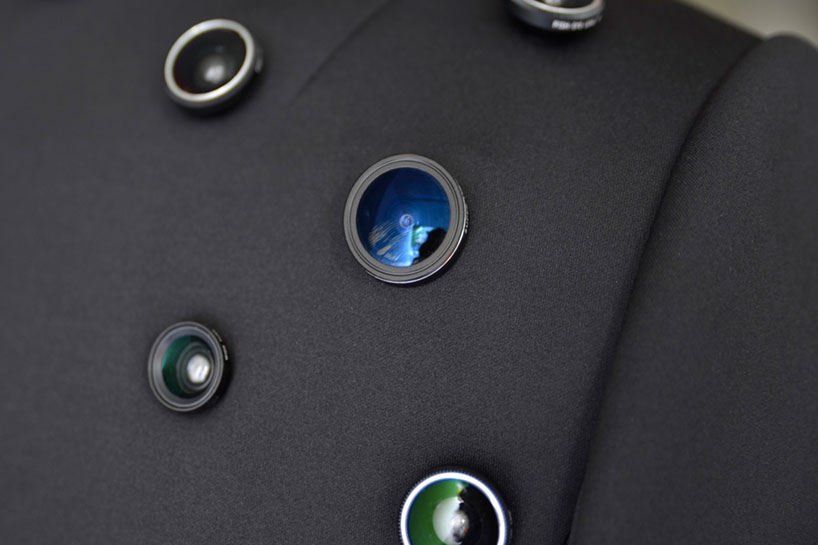 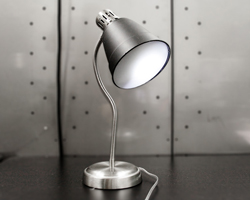 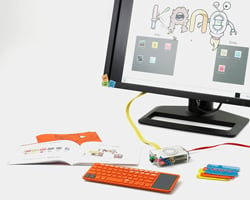 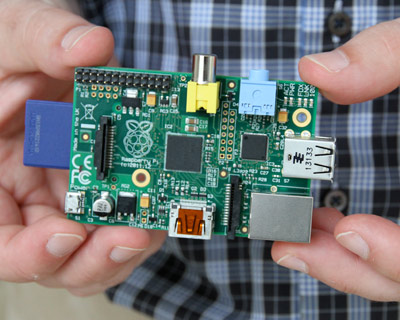