last friday, a bright yellow black lives matter mural appeared in washington D.C., taking over two blocks of 16th street — recently renamed black lives matter plaza by the city’s mayor muriel bowser. the oversized mural appeared in support and solidarity with americans protesting police brutality and racism following the killing of george floyd in minneapolis. as these protests continue across the world, tech-giants apple and google have updated some of their services to support the movement.

to aid the black lives matter movement, apple and google have adjusted their maps and AI assistants. when it comes to maps, the tweaks now offer users updated information on anything protest-related, including road changes. apple, for example, has already updated the satellite images of the newly-named black lives matter plaza, and anyone who has an apple product, can see the massive mural from anywhere in the world. 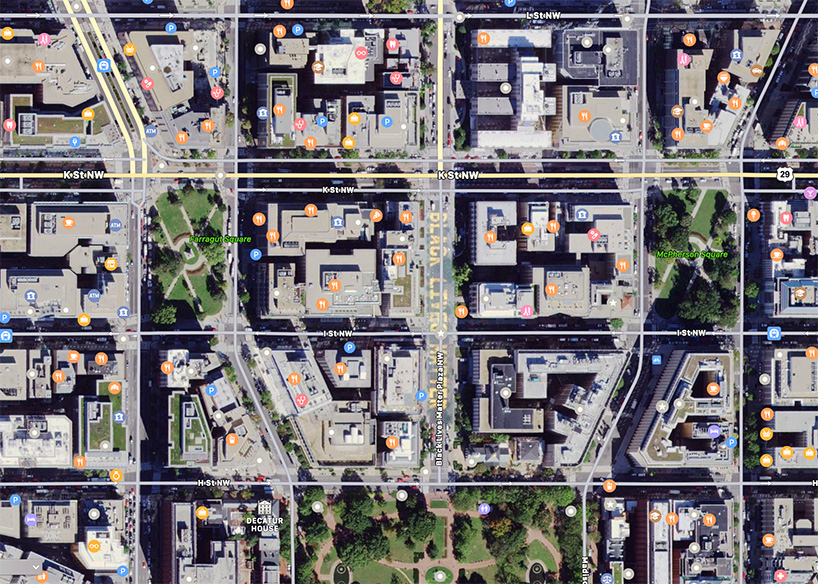 as for the AI assistants, both of them now have precise answers to the ‘do black lives matter’ questions. the google assistant response says that ‘recognizing the injustice they face is the first step toward fixing access to the same freedoms afforded to everyone in this country.’ after that an automatic google search option appears saying — how can I help the black community? when asked ‘do all lives matter?’ the assistant goes ahead and replies with ‘black lives matter’ doesn’t mean that all lives don’t. it means black lives are at risk in ways others are not.’