apple has announced the latest update to its iMac desktop computer range with a HD 5120 x 2880 pixel retina display. according to apple, the newest addition to the apple product family incorporates ‘the world’s highest resolution display’ packed inside a 27-inch enclosure. the device outputs seven times as many pixels as an HD television, with 14.7 million in total, and also performs with 67 percent more pixels than a typical 4K display. 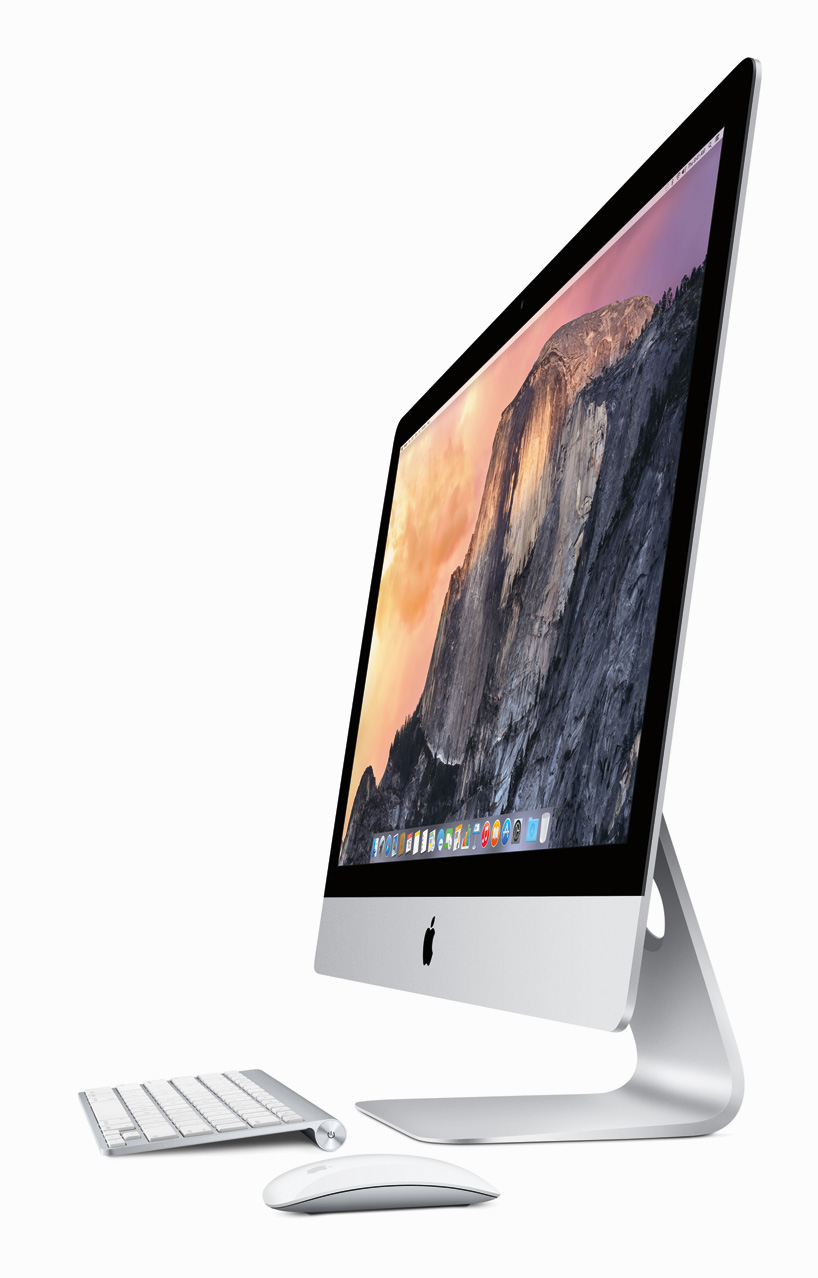 in apps like final cut pro, 4K video can be viewed at full size

text looks as sharp as it does on a printed page, and users can now see high-resolution photos with pixel-for-pixel detail. the display on the 27-inch desktop computer has been engineered for performance, power efficiency and visual quality. the newest member of the mac family uses a precisely manufactured oxide TFT-based panel to deliver vivid display brightness from corner to corner. apple took huge leaps in the design of the 27 inch model; from reengineering the brains of the display to maintaining 1/100th of a micron tolerances within the display cell. 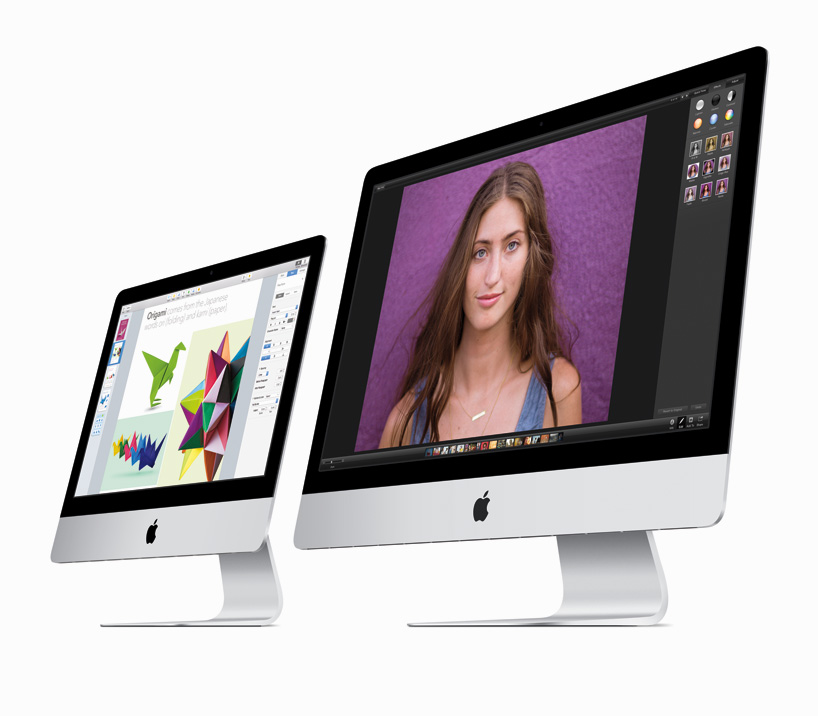 a single supercharged apple-designed timing controller (TCON), with four times the bandwidth as the previous model, drives all 14.7 million pixels powering the display. the screen also uses highly efficient LEDs and organic passivation to improve image quality and reduce display power consumption by 30 percent, even while driving 400% more pixels at the same brightness. to improve the contrast ratio, the iMac uses a new photo alignment process and a compensation film to deliver blacker blacks and more vibrant colors from any viewing angle. 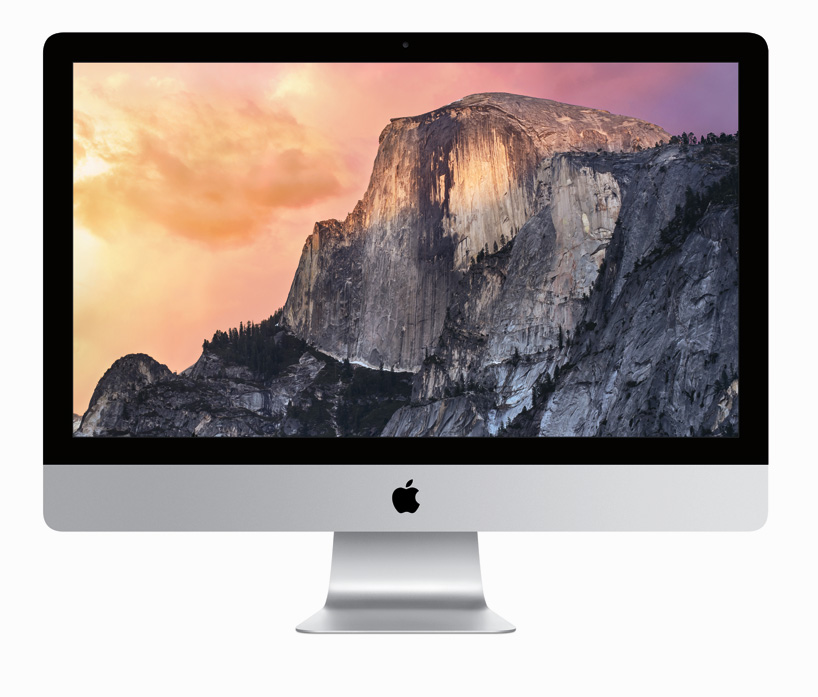 the iMac with retina 5k display comes standard with 8GB of memory, 1TB fusion drive and can also be configured with up to 32GB of memory with a 3TB fusion drive. in addition, it includes two thunderbolt 2 ports that deliver up to 20gbps each, twice the bandwidth of the previous generation. 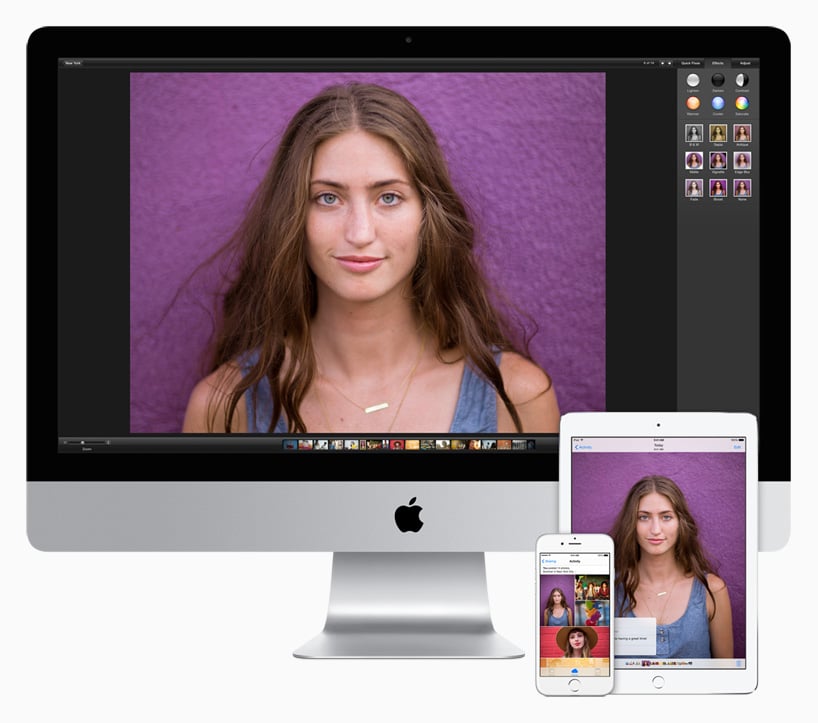 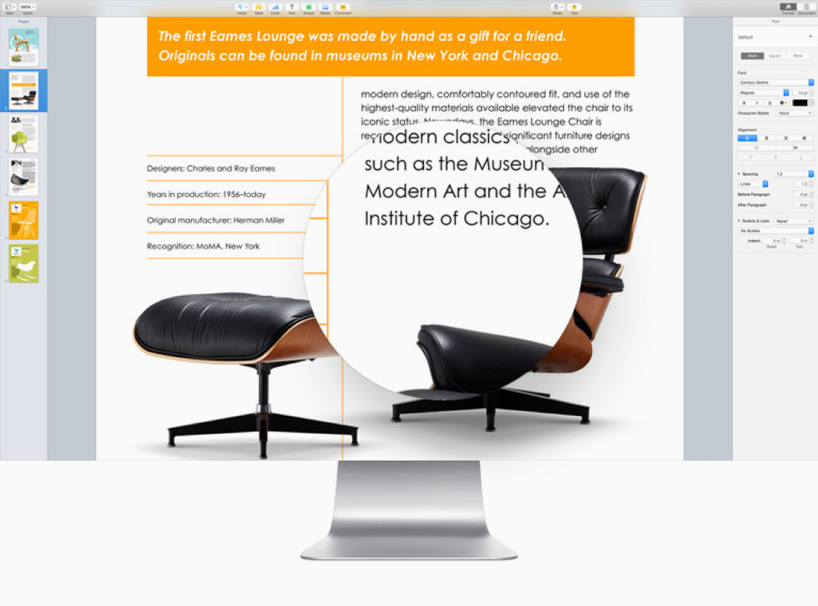