presented alongside the iPad air (see designboom’s coverage of the super thin model, here) apple has unveiled the iPad mini with a retina display. boasting a 7.9 inch high-resolution screen at 326 ppi, the new tablet renders crisp and clear text and extremely detailed photos and video. like the iPad air, the new portable computer boasts apple’s new A7 chip with 64-bit architecture, providing up to four times faster CPU and up to eight times faster graphics performance than the previous generation without sacrificing battery life. using two antennas instead of one, the iPad mini also delivers twice the Wi‑Fi performance of its predecessor to support multiple-input multiple-output. 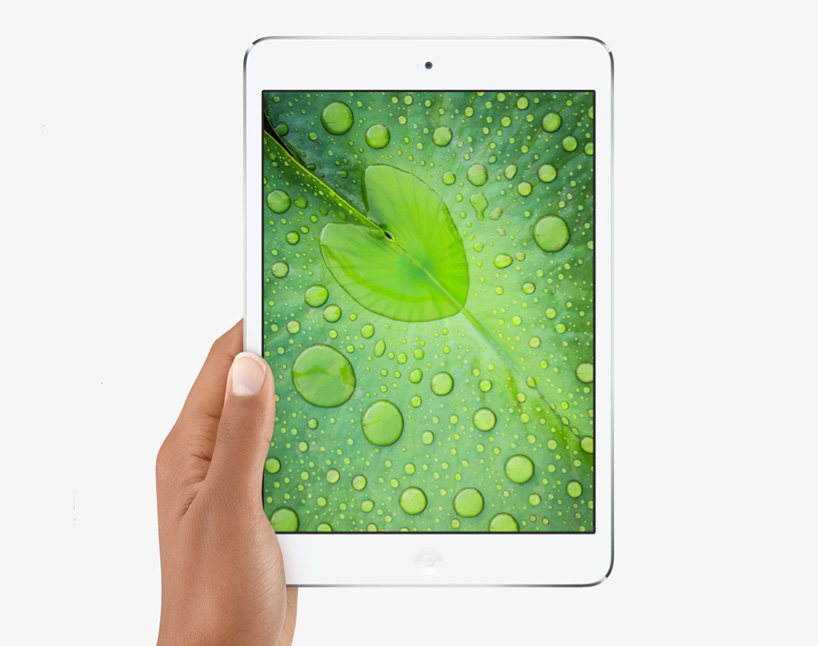