according to the korea times, apple has reportedly commenced production on its ‘iPad pro’, scheduled for an early 2014 release. in the translated article by unwiredrview, the source, an official at a local apple supplier in korea claims the 12.9-inch retina display tablet will have improved picture quality. ‘as the apple partner intends to boost its lineup for displays that have almost ultra high-definition (UHD) quality, the upcoming iPad will provide very clear quality similar to that of UHD. the display is now being manufactured by the supplier’s plant (LG electronics) in korea.‘ with rumors of apple also in the stages of developing a new iPhone with large 5.5 inch curved glass screens, it wouldn’t be a surprise to see a larger iPad in the family to accompany the most recent ‘iPad air’ in the coming year. 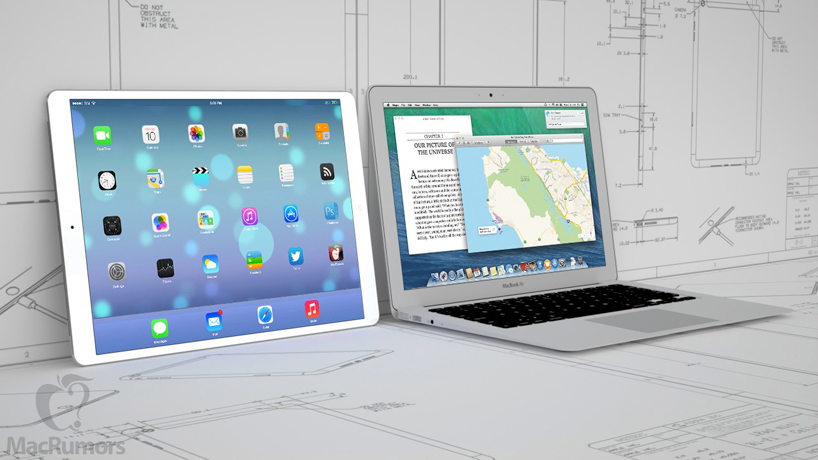