the hyperloop is a conceptual high speed transportation system put forward by spaceX and tesla motors founder elon musk, that incorporates tubes in which pressurized capsules ride on an air cushion driven by linear induction motors and air compressors. mr. musk released the idea to the public in august 2013, in a 57 page document for others to further evolve the ‘hyperloop’. through spaceX, the entrepreneur plans to construct a test track in texas to accelerate development of a functional prototype.

with that argo design released a series of conceptual renderings to show what the ‘hyperloop’ terminals, platforms, capsules and capsule interiors would look like to the public. 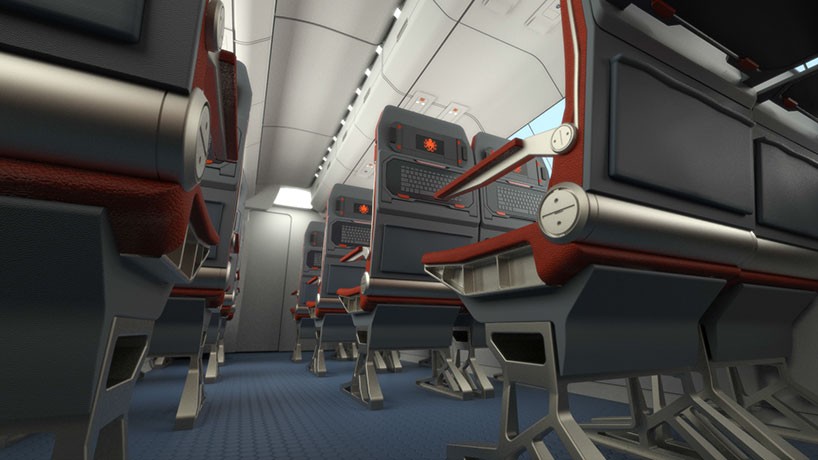 the coach capsule / all images courtesy of argo design

‘from trains to cars to airplanes, there’s always been a certain romance associated with modern travel,’ describes mark rolston, founder and chief creative officer at argo design. ‘we wanted to explore how the hyperloop could take shape as a delightful and memorable experience for travelers.’ the creative concepts contain four removable capsules for carrying passengers, vehicles and cargo. when ready, the capsules are fastened to the ‘hyperloop’ sled. 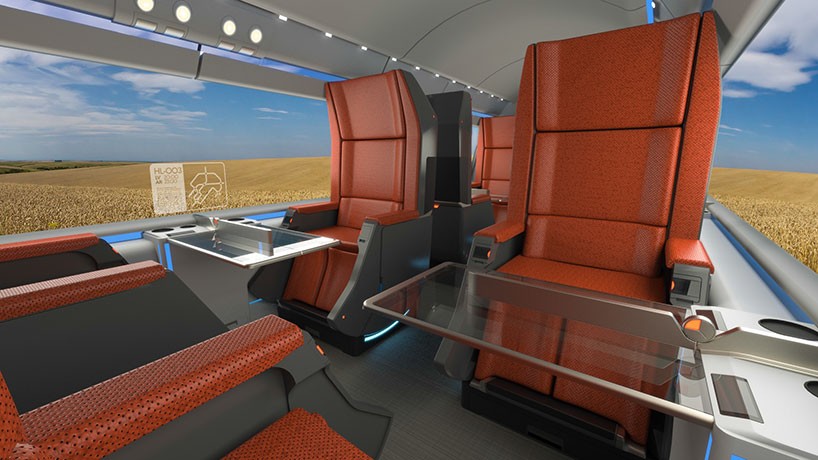 they incorporate a multi platform layout that allows for specific cargo types, for example, one platform for passengers and a lower one for maintenance and loading of vehicles. each capsule would be assembled in a line, using a lift between platforms. there would be five types of capsules: vehicle, cargo, executive meeting capsule, business work capsule, and a coach capsule. 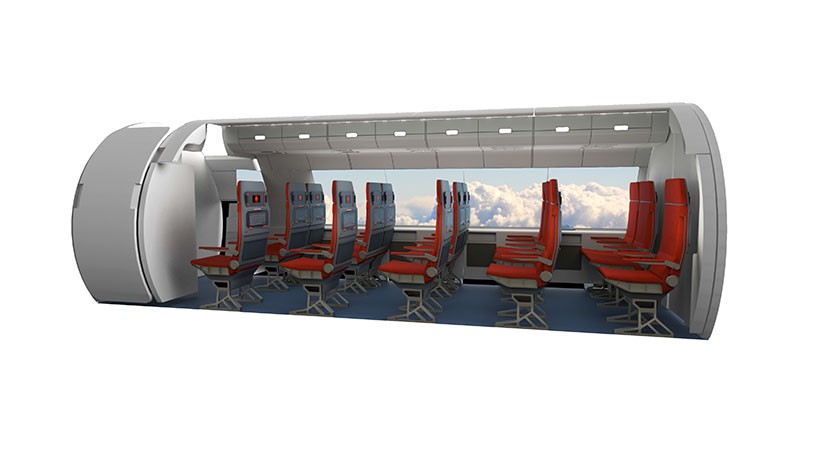 the layout of the coach capsule with digital display windows

designer chipp walters explains, ‘after studying both the initial plans and the engineering assessments we realized it would be critical for our design to expedite the exchange of passengers, vehicles, and cargo. to that end, we developed the concept of a capsule jukebox, which would lift capsules off the hyperloop sled and onto the departure/arrival platform. there they could be changed, configured, loaded, and unloaded. a second platform would be used for maintenance and loading of vehicles.’ argo design’s blueprints of the ‘hyperloop’ spark a creative conversation about what the future of mass public transportation could look like, and the direction it should take. 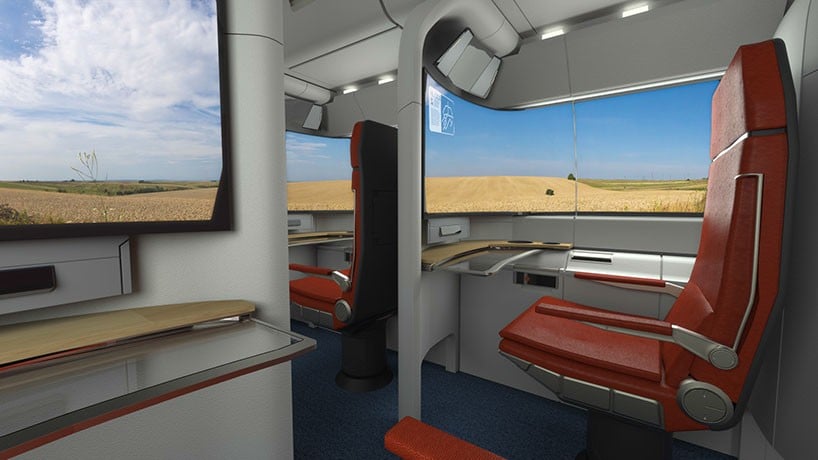 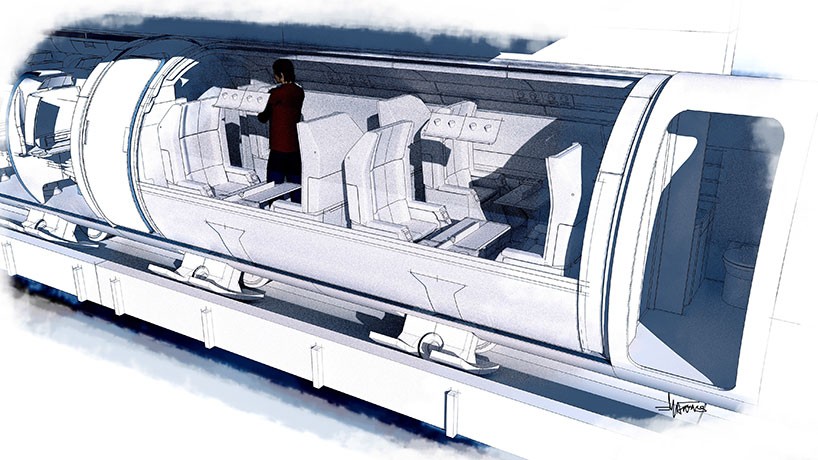 each capsule a lines to form a sled 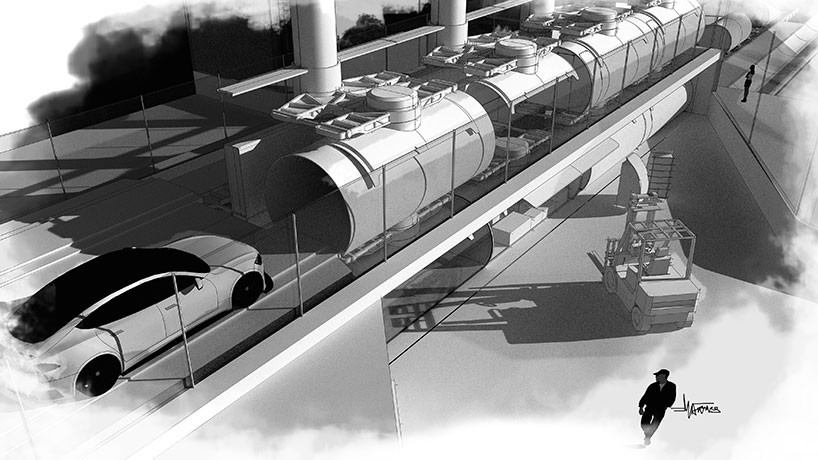 the cargo platform for vehicles and maintenance 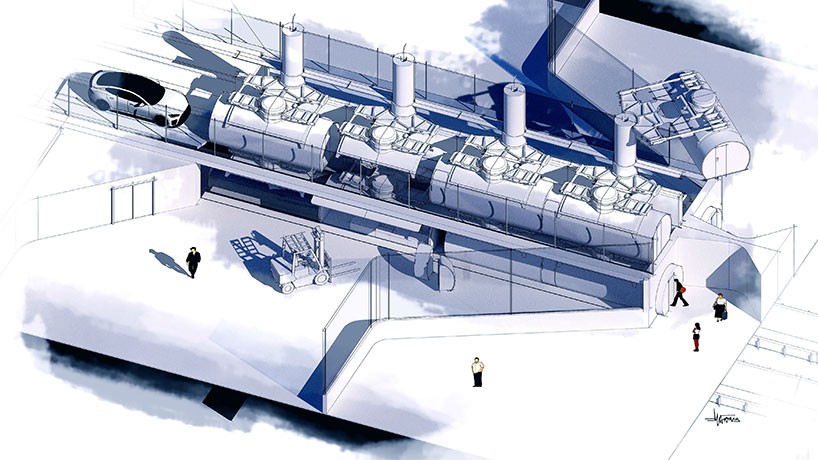 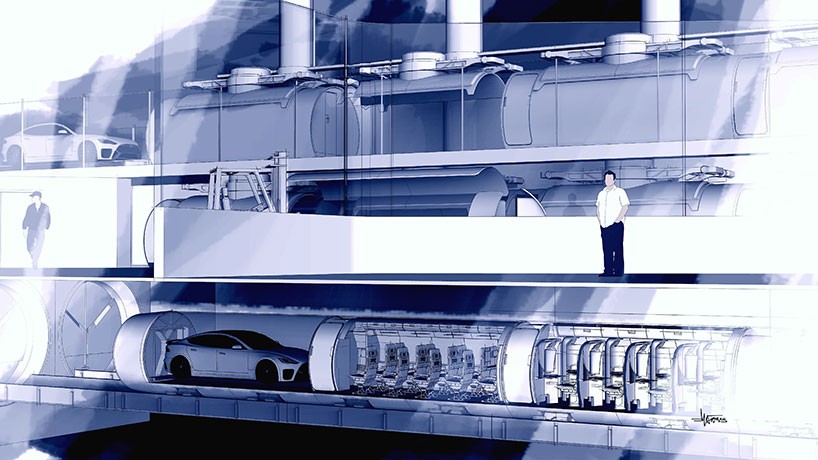 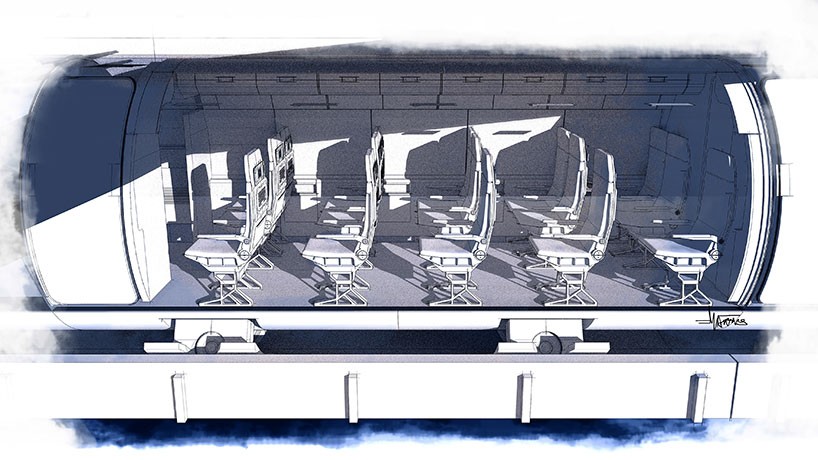 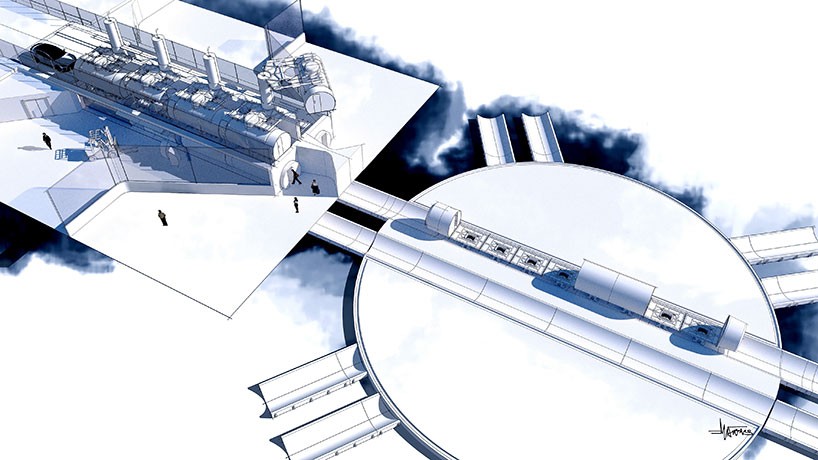 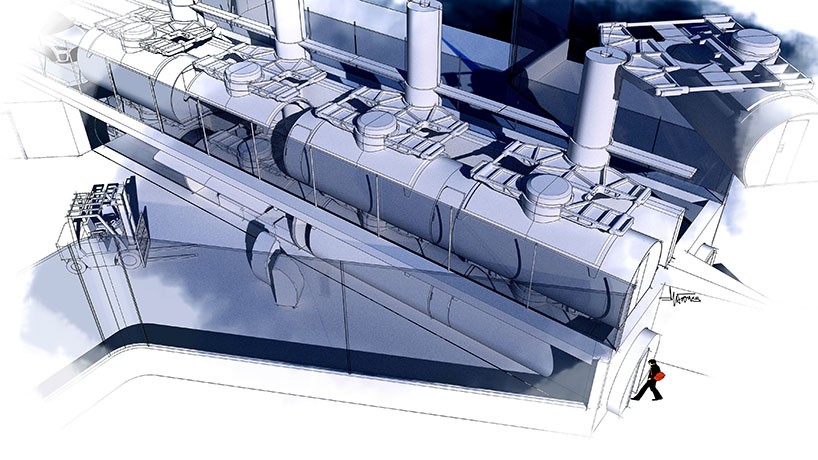 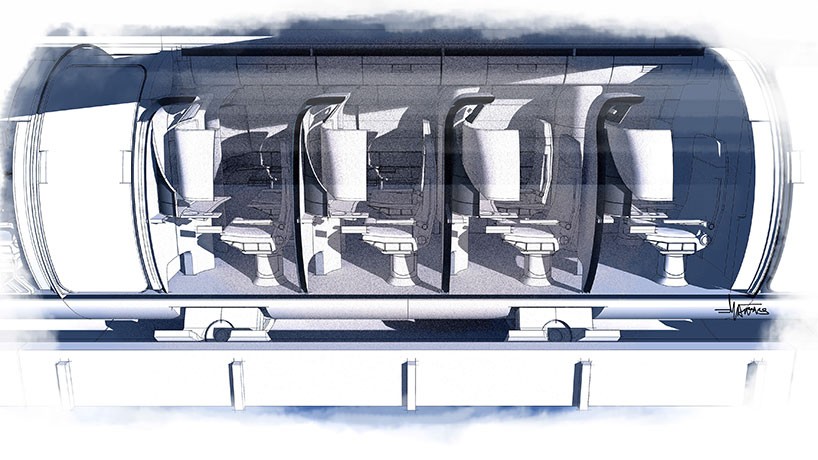