after an unsuccessful pitch to cadillac, mark wilson’s ‘lanesplitter’ car idea was conceptualized by designers at argodesign, where renders were made of the model. with ‘an idea of an automobile that splits into two closed-top motorcycles, or tiny SYD mead style vehicles’ as the brief and three minimal sketches, the team transformed the objective into a tangible design. the front wheels collapse when in quad mode, whereas they expand during its bi-wheel alternative. the automated chassis lock secures the two motorbikes together but can release the pair at the push of a button. with the arogdesign’s renders, mark was able to propose the concept to car companies at the 2015 new york auto show. 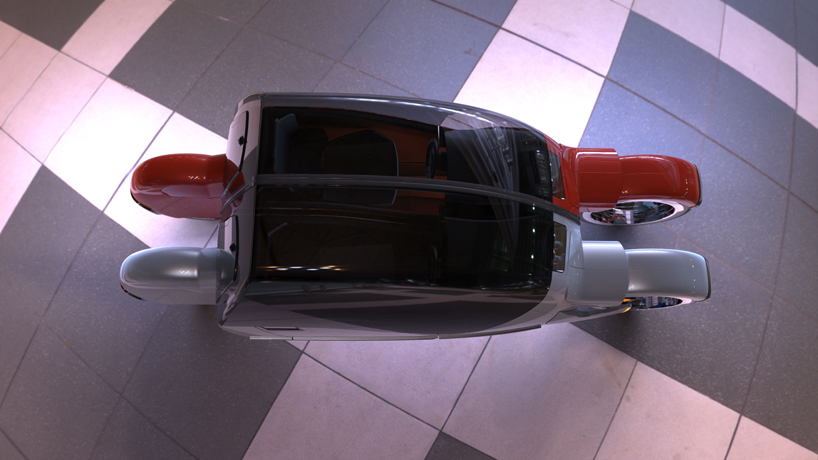 top view of the car in its four-wheel mode 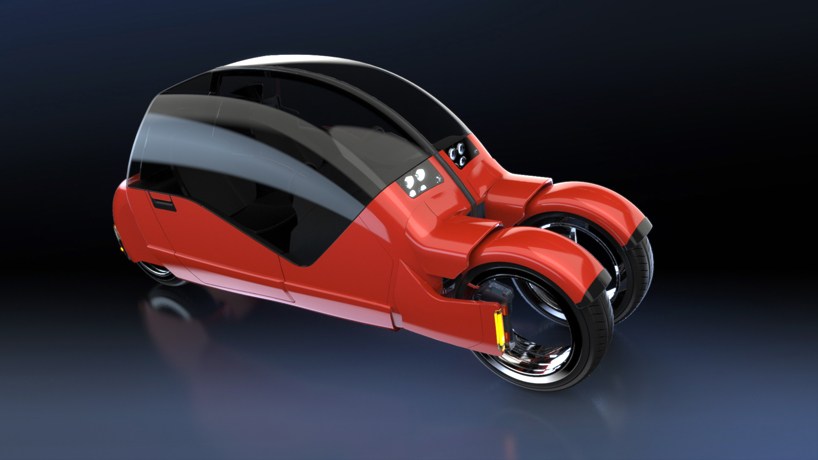 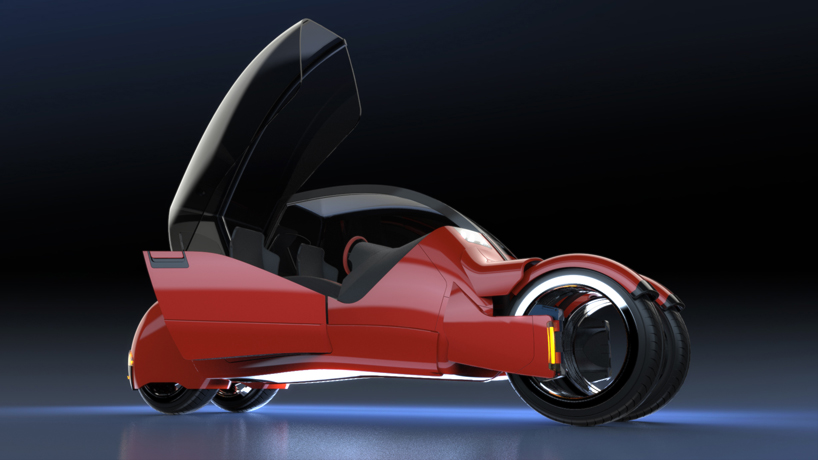 each part provides two seats, one for the driver and one for a passenger 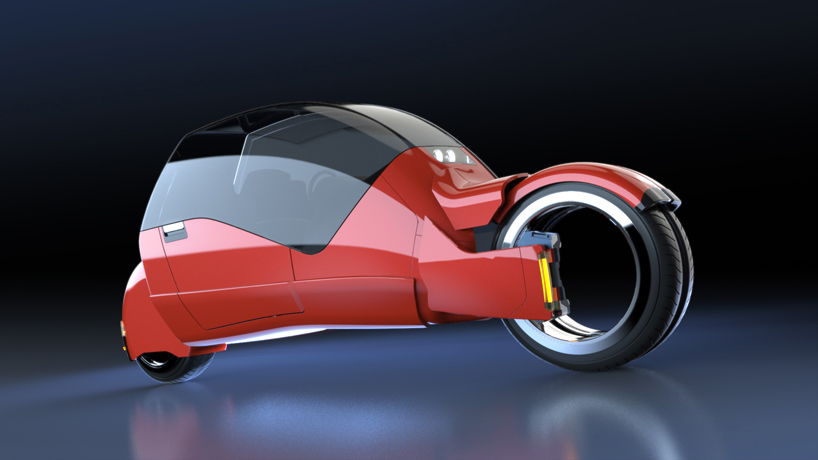 in its bi-wheel mode, it’s front wheel expands to perform more like a bike 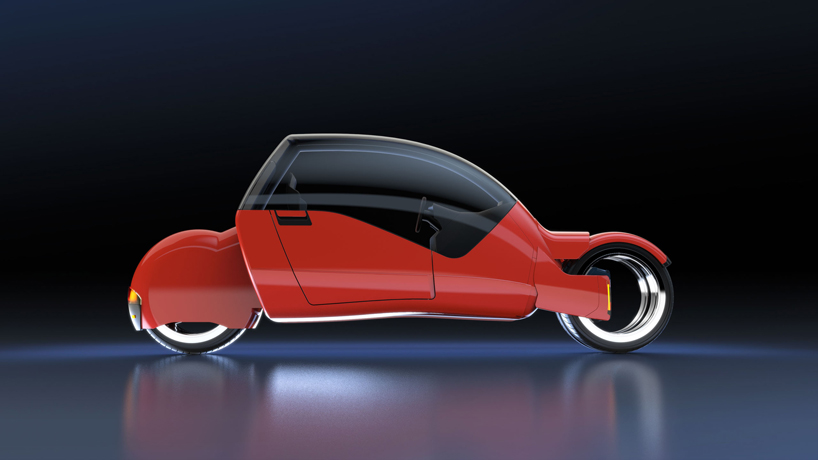 side profile of the concept vehicle 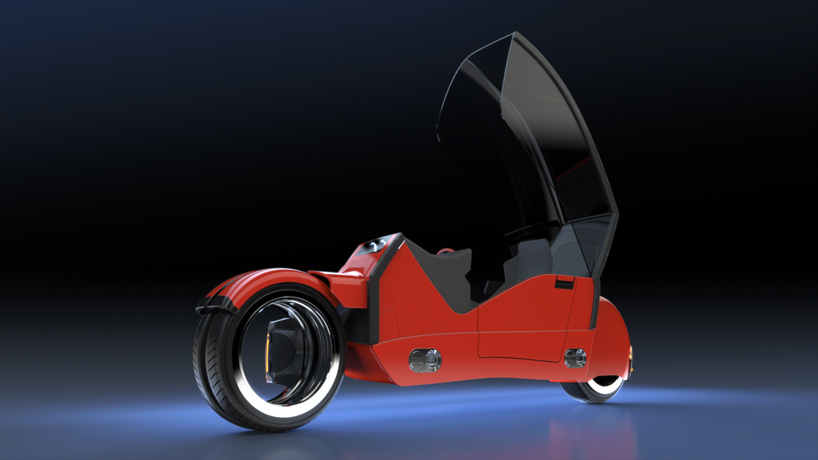 the automated chassis locks on the side, secures the two motorbikes together 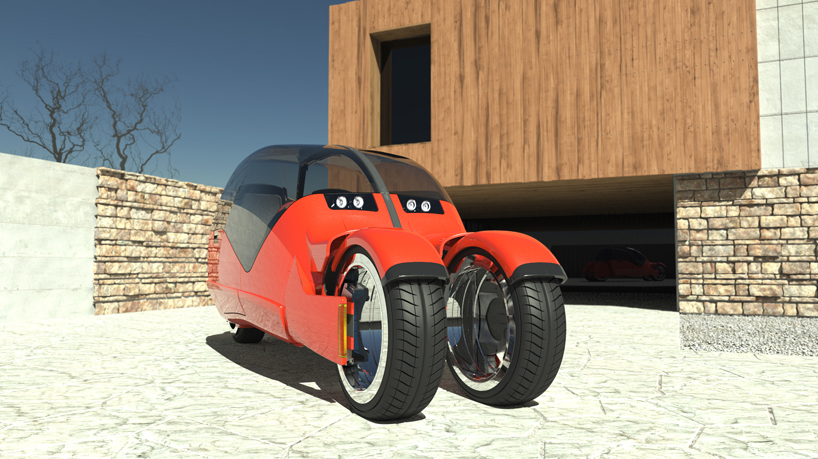 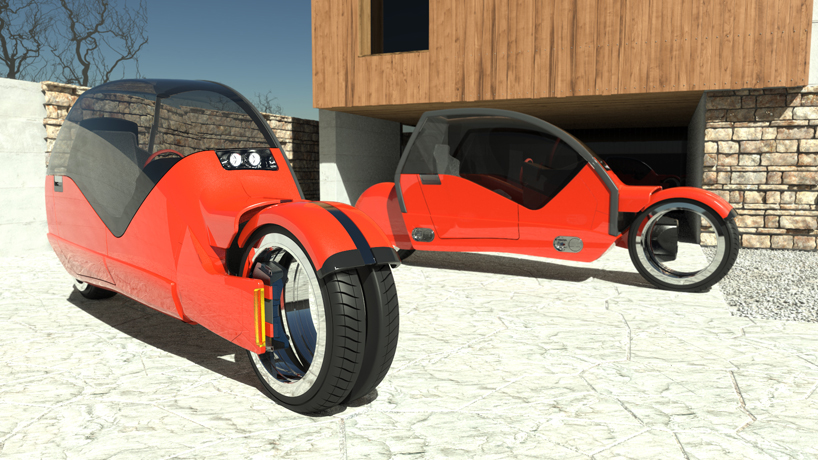 with a push of the button, the car splits into two