scientists have developed a soft artificial skin that provides haptic feedback and could be used to help users of virtual reality feel their surroundings. the artificial skin is made up of silicone and electrodes, and thanks to a sophisticated self-sensing mechanism, has the potential to instantaneously adapt to a wearer’s movements.

scientists at EPFL’s reconfigurable robotics lab (RRL) developed the technology, which uses a system of soft sensors and actuators. this enables it to conform to the exact shape of a wearer’s wrist, providing haptic feedback in the form of pressure and vibrations.

strain sensors measure the skin’s deformation so that the haptic feedback can be adjusted in real-time to produce a sense of touch that’s as realistic as possible. soft pneumatic actuators make up a part of the membrane layer and can be inflated when air is pumped into it. the soft electrodes in the artificial skin haptic technology are contained in the sensor layer that measures the deformation of the skin and then transmits this data to the microcontroller.

this haptic artificial skin can stretch up to four times of its original length for up to a million cycles. scientists are still refining the technology but have already tested it on various users’ fingers. according to a press release, it could be used into various wearable applications such as the testing of a patient’s proprioception in medical uses. 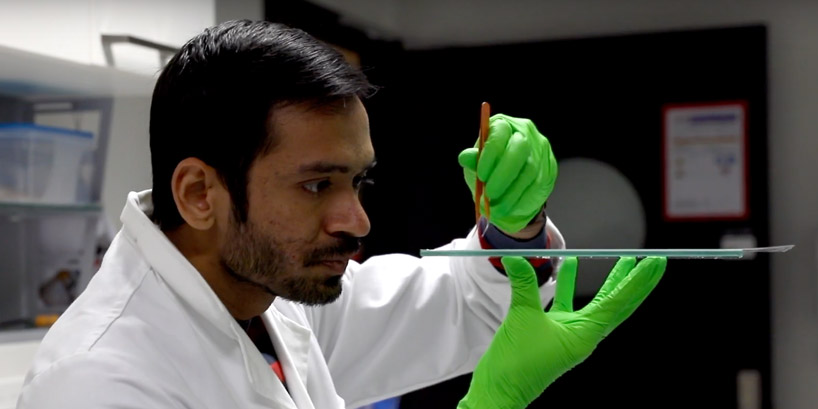 ‘this is the first time we have developed an entirely soft artificial skin where both sensors and actuators are integrated,’ harshal sonar, researcher at EPFL and the lead author of the study, said in a statement. ‘this gives us closed-loop control, which means we can accurately and reliably modulate the vibratory stimulation felt by the user. this is ideal for wearable applications, such as for testing a patient’s proprioception in medical applications.’