ASICS originally planned to announce its new shoes at an innovation summit, which should have taken at its japanese headquarters in tokyo. instead, the company recreated its presentation in virtual reality and shipped oculus quest headsets to journalists to watch over the weekend. 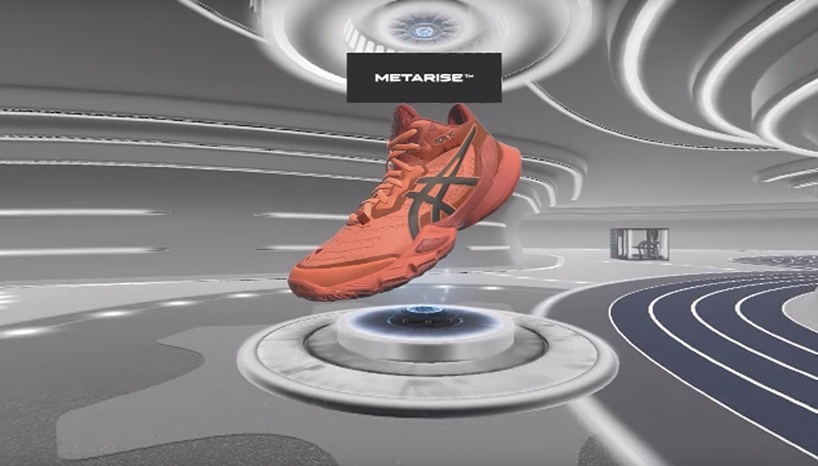 ‘we believe that now, more than ever, it’s really important to remember the positive impact of sport for individuals and society: exercise uplifts people, so they achieve a sound mind through a sound body,’ said yasuhito hirota, the president & chief operating officer of ASICS. ‘and what better way to showcase ASICS innovation than taking people to a virtual innovation lab that brings our technology to life.’

the METARACER has an improved toe-spring shape that reduces the load on the calf muscle by up to 20 per cent for better energy efficiency. it also features a lightweight but supportive engineered mesh upper that keeps feet cool in hot and humid weather. 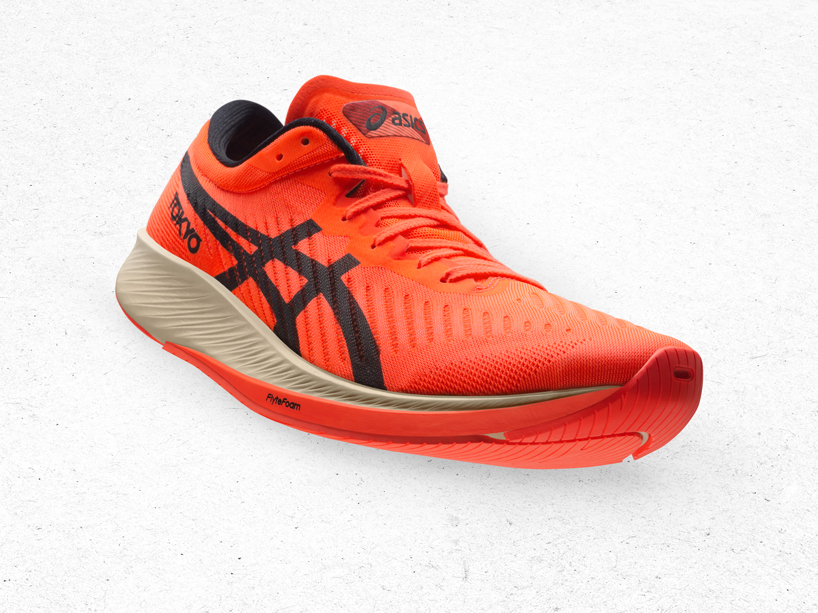 ASICS scientists have found that every degree less heat in a running shoe dramatically improves an athlete’s well-being. flytefoam technology in the midsole is lightweight and gives both a softer run and improved responsiveness. the superior materials used on the sole – with ASICS grip and wet grip rubber™ sponge – enhances grip even in wet conditions.

the three new high-performance models cover the areas of long-distance running, volleyball, and track sprinting. they include the METARACER, described by the brand as its ‘most advanced long-distance racing shoe yet,’ the METARISE volleyball shoe, designed to give wearers high jumps and faster movement, and the METASPRINT, a lightweight and spikeless track shoe. 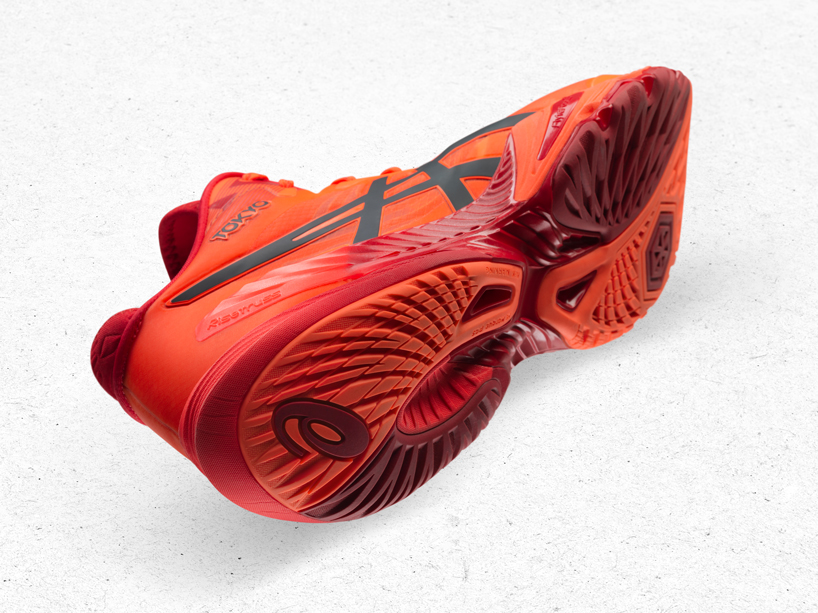 the METARISE volleyball shoes combines flytefoam propel technology in the midsole with the winged midfoot support called risetruss technology. a curved heel design supports smooth transition and lift off for the attack. research at the ASICS institute of sport science has shown that the METARISE gives players an extra 3 per cent lift for higher jumps – which for athletes can mean a difference of up to 2cm in the air.

finally, the METASPRINT track shoe replaces traditional spikes with a honeycomb carbon fiber outsole that optimizes and enhances traction and delivers explosive speed with each stride. with no spikes inhibiting stride, athletes can transfer additional power with every step and increase speed. 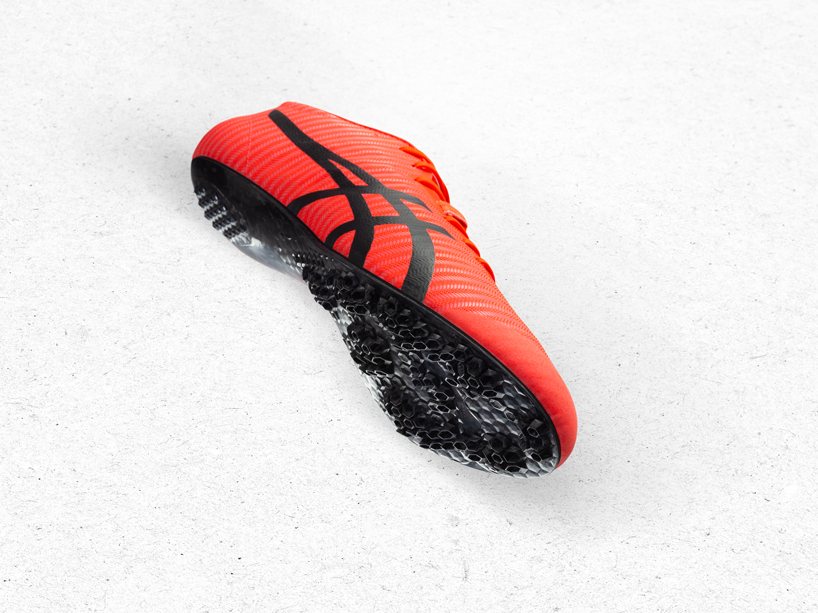 the shoes provide an amazing fit thanks to the stretch hl-o mesh seamless upper, which is lightweight and feels like a second skin. the ASICS dynawrap technology – with supportive panels that wrap from the midsole across the arch – securely locks the foot in place for increased stability.

all three new shoes will be available in limited quantities from selected ASICS retail and online stores and specialist run outlets, starting with the eagerly awaited METARACER in japan from april 17th and followed globally from june 26th. the METASPRINT will also launch globally starting from april 17th and the METARISE from june 12th. 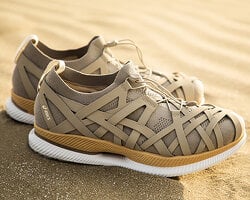 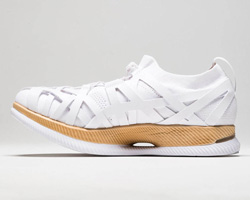 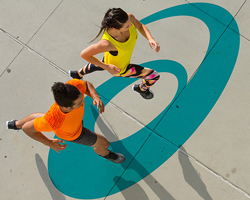 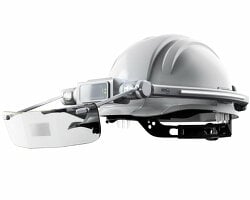 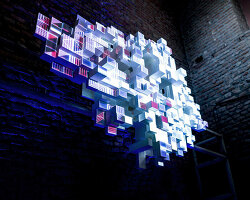