on the 007 stage at pinewood studios, the new aston martin ‘DB10’ developed in collaboration with EON productions, is unveiled as james bond’s unique car for the upcoming ‘spectre’ film. the 24th movie will once again feature the spy in a model of the luxury british sports brand, but more specifically, it was designed in close partnership with director, sam mendes, in order to create bond’s ultimate vehicle. celebrating the company’s half century with the franchise, the ‘DB10’ offers a hint to the future design direction of next generation astons. the bespoke car’s production will be strictly limited to 10 models and built by the designers, engineers and skilled craftsmen at their gaydon headquarters. 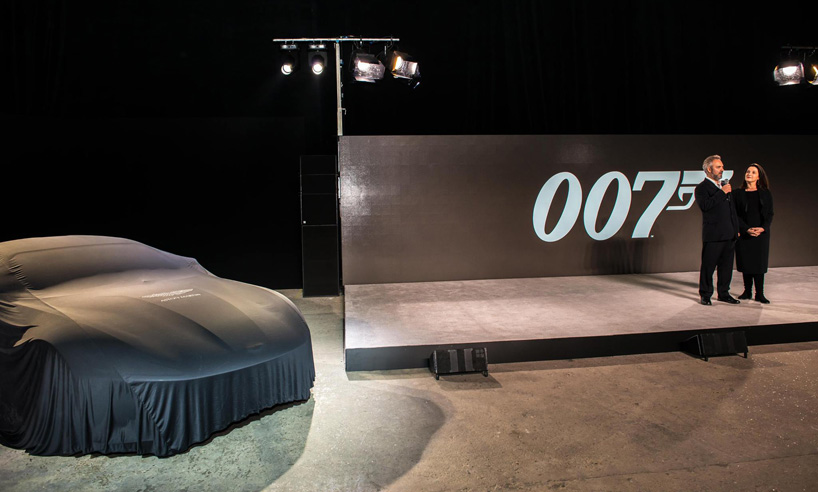 the presentation took place at pinewoods studio during the announcement of the new film’s title, ‘spectre’.

dr andy palmer, CEO of aston martin, said: ‘in the same year that we celebrate our 50-year relationship with 007, it seems doubly fitting that today we unveiled this wonderful new sports car created especially for james bond.’

‘to be partnering once again with EON productions is great news for this company and for everyone around the world that loves to see bond at the wheel of an aston martin. I’m incredibly proud of everyone in the team at gaydon who have brought this special project from concept to reality,’ he added. 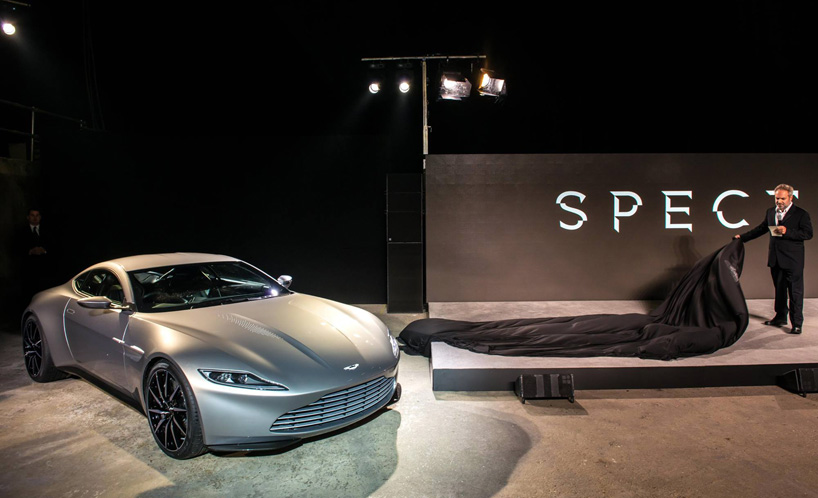 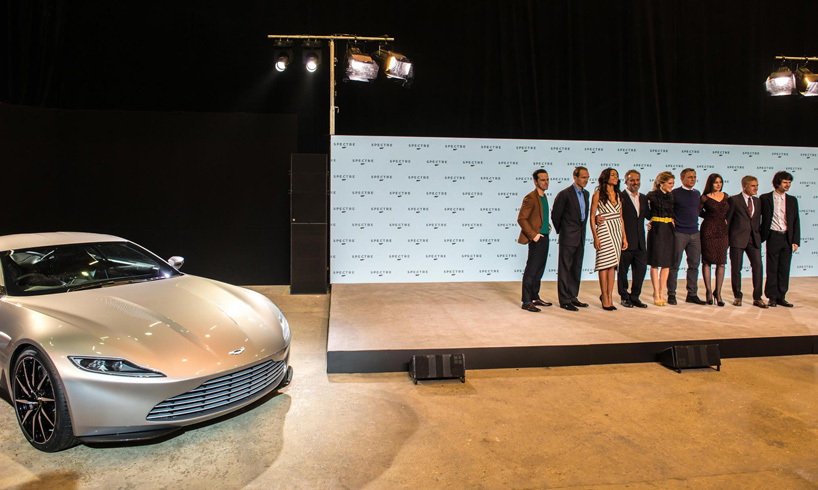 the unique sportscar with the upcoming film’s cast.