built by UK-based bespoke auto producers evanta motor company to commemorate the 50th anniversary of the aston martin zagato, the ‘DB4 GT zagato evocation’ is actually a modern, V12-engine DB7 car that has been converted to resemble the iconic zagato.

the one-off car features an ‘oxblood red hide’ interior with a vintage DB4 dashboard and seats, while retaining the modern conveniences of air-conditioning, airbags, remote controlled doors, and heated seats. its one-piece body shell is composed of carbon fiber and kevlar, finished in solent silver paint, with 16-inch wire wheels. evanta notes that any commissioned models of the ‘evocation’ will feature pedal lengths and other modifications custom-tailored to the client.

evanta posted an abbreviated photo journal of the making-of the ‘evocation’. 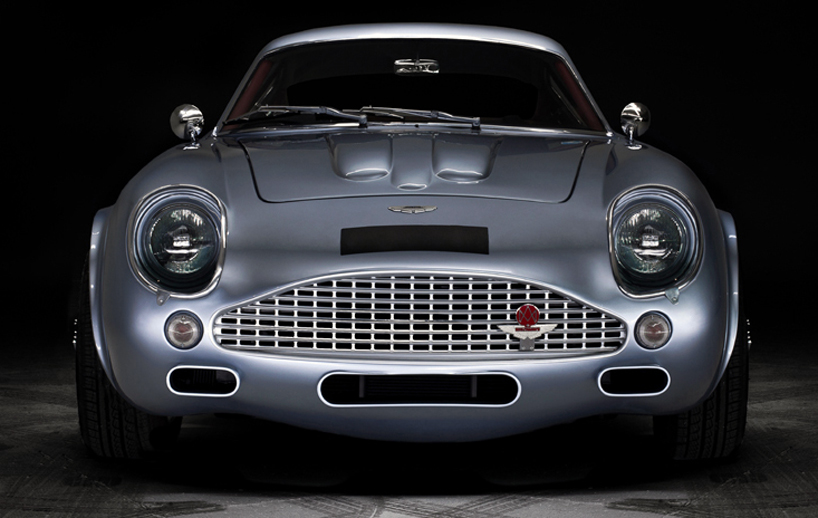 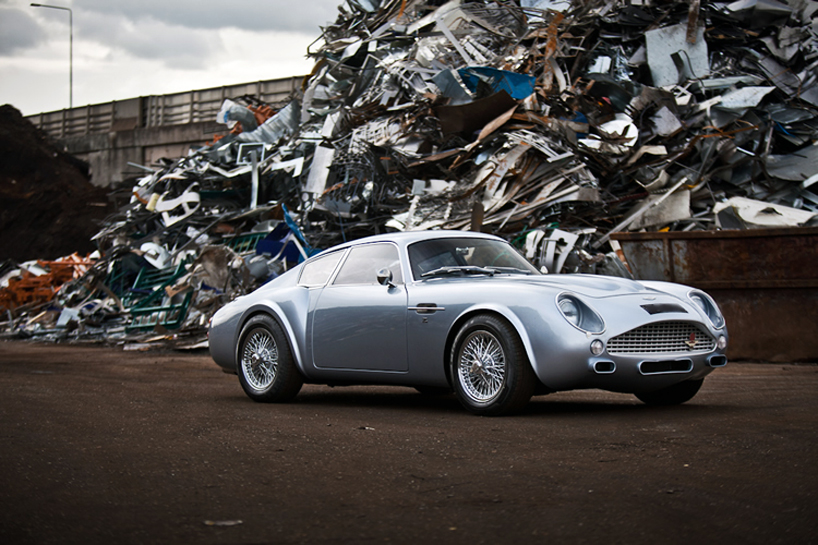 3/4 side view at the junkyard photo shoot 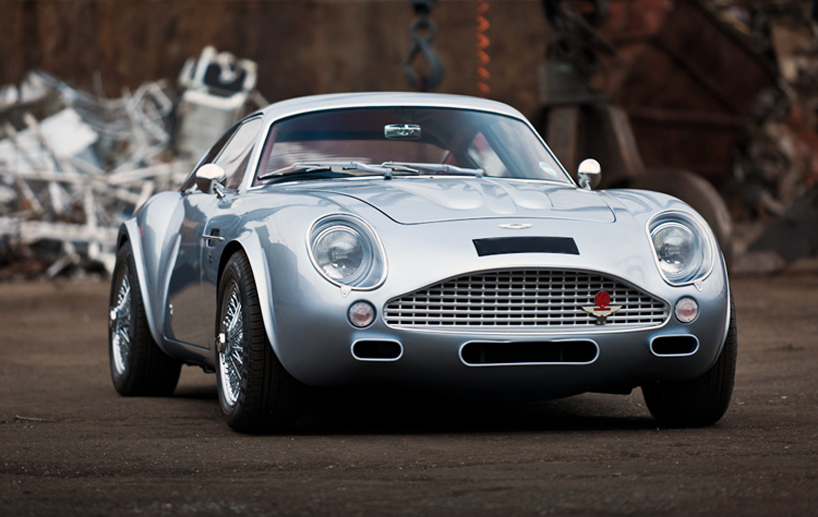 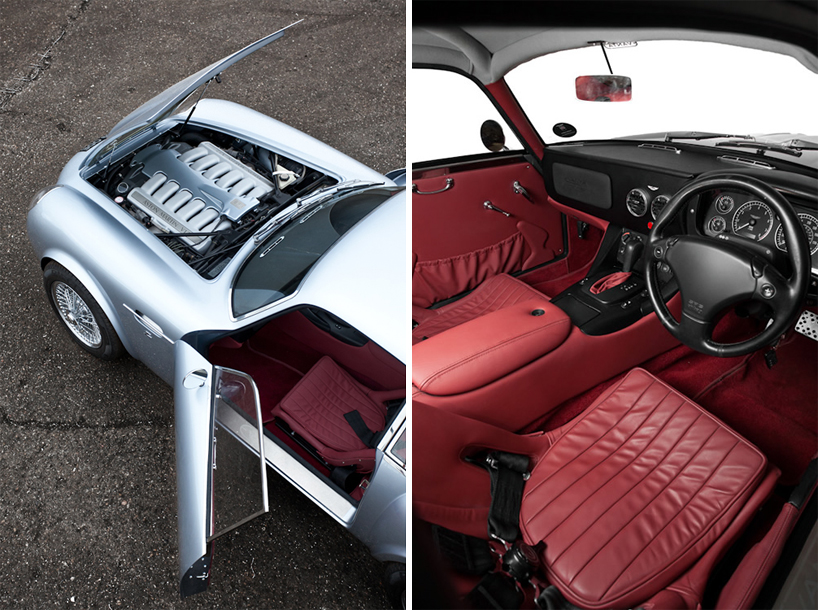 left: view from above with hood and driverside door open right: interior view 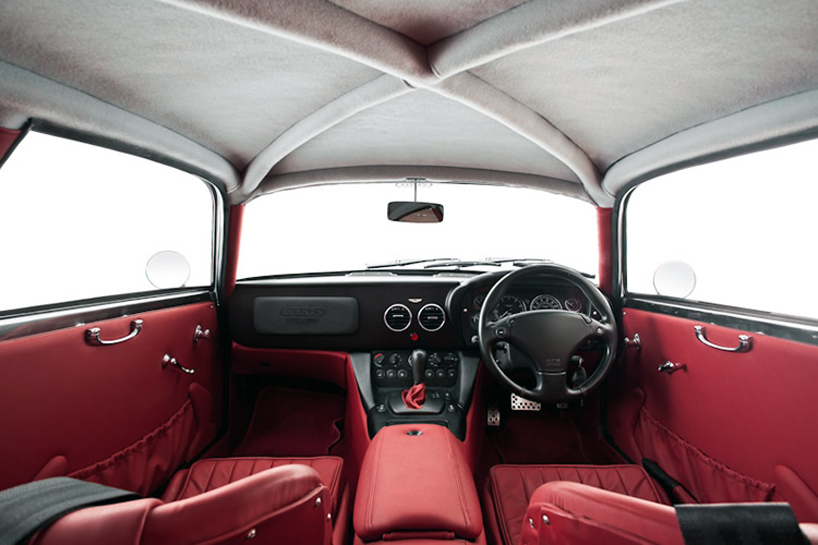 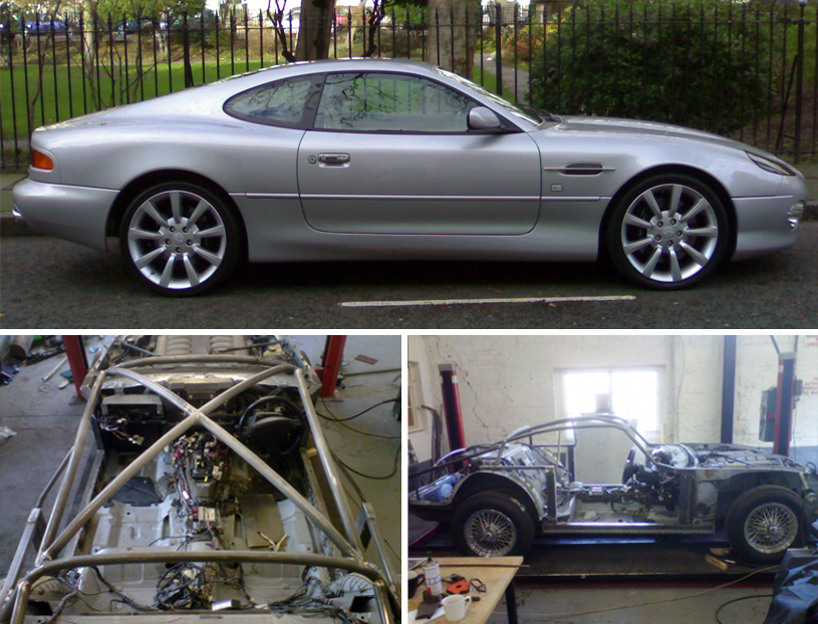 above: the original DB7 car that became the ‘evocation’ below: process photos