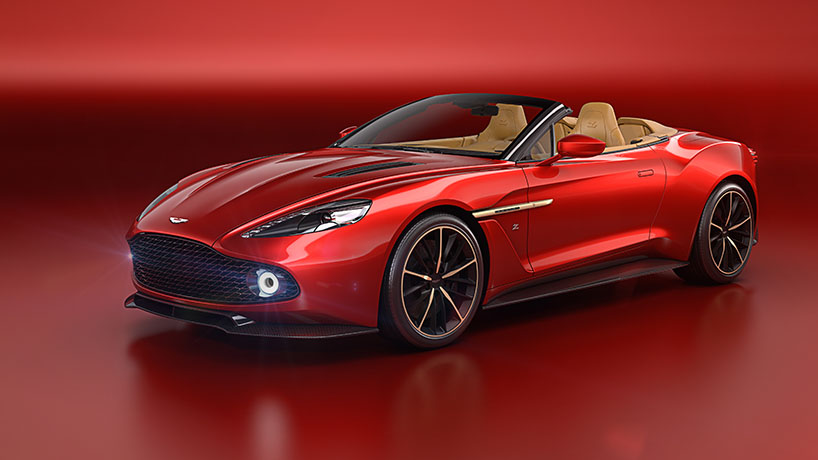 driven by overwhelming interest for the previously revealed coupe, the luxury racer will be strictly built to a limited production run of 99 cars at aston martin’s headquarters in gaydon, england. this is the latest creation from a collaboration that reaches back over nearly six decades, beginning with the beautifully muscular ‘DB4 GT zagato’ race car of 1960 and includes the ‘DB7 vantage zagato’ of 2002, 2011’s ‘V12 vantage zagato’ and the most recent ‘vanquish zagato coupe’ announced earlier this year. previous aston martin ‘zagato’ convertibles have included the striking ‘V8 vantage volante’, first shown in geneva in 1987 and the ‘DB AR1’ in 2003. developed as an open-topped zagato-bodied ‘DB7’ and also limited to 99 units, ‘DB AR1’ was similarly designed for the north american market and is considered today an established collectible by automotive connoisseurs worldwide. 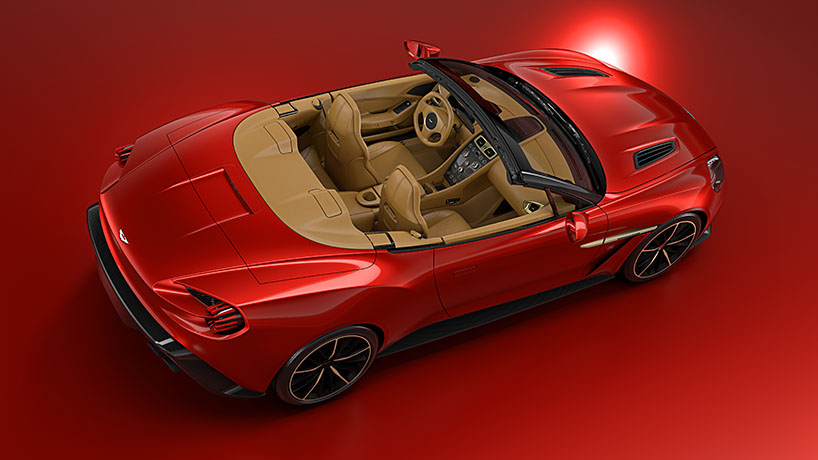 the ‘vanquish zagato volante’ will be a powerful addition to the aston martin and zagato lineage, embodying inherent refinement and capabilities, as well as zagato’s characteristic design details. both cars share an enhanced version of aston martin’s V12 powertrain, increasing its output to 592bhp with a projected 0–60mph time of 3.7 seconds. it shares its proportions with the coupe, a quintessential aston martin form with a classic zagato twist, evoked by round tail light reflectors that use the same ‘bladed’ LED technology as the aston martin ‘vulcan’ supercar. the twin cowls on the rear deck blend into the leading edge of the luggage compartment, concealing a bespoke folding hood derived from the mechanism used in the ‘vanquish volante’. carbon fibre sills around the lower body create a pronounced horizontal emphasis that runs from front to rear. 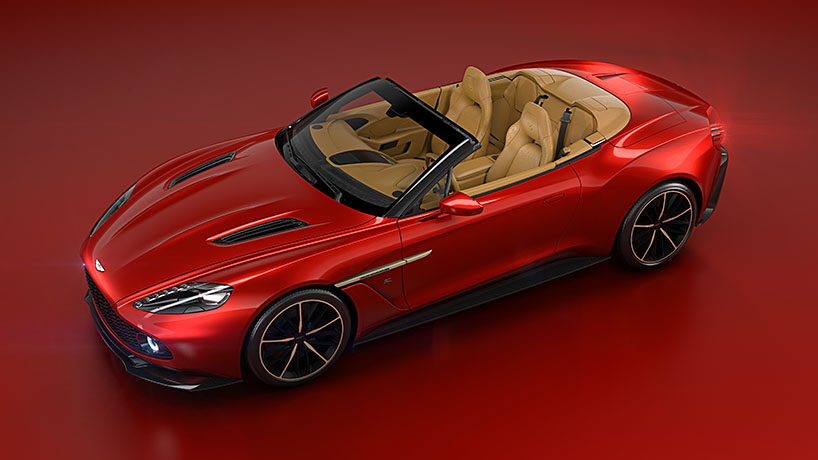 ‘just like the coupe, we have emphasized the way surfaces change and intersect to create a muscular form. we’ve endeavored to create an elegant, flowing shape that really works to emphasize the car’s sculpted rear haunches,’ says aston martin’s EVP and chief creative officer, marek reichman.

inside, the ‘vanquish zagato volante’ continues aston martin’s fine tradition of craftsmanship. its specialist ‘Q’ division can add further personalization and enhancement to a cabin finished with rich and highly luxurious materials, including herringbone carbon-fibre, anodized bronze detailing and the finest bridge of weir leather. the ‘volante’ features the unique signature ‘Z’ quilt pattern stitch on both seat and door sections, as well as the celebrated trademark zagato ‘Z’ embossed on the headrests and stitched into the centre console. 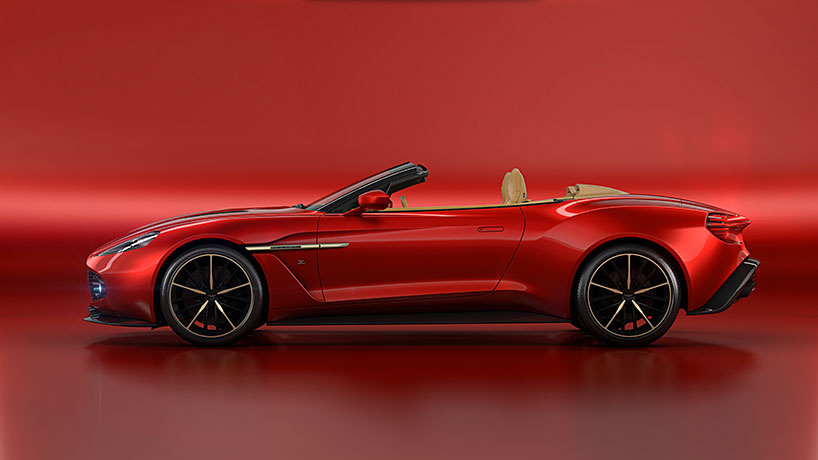 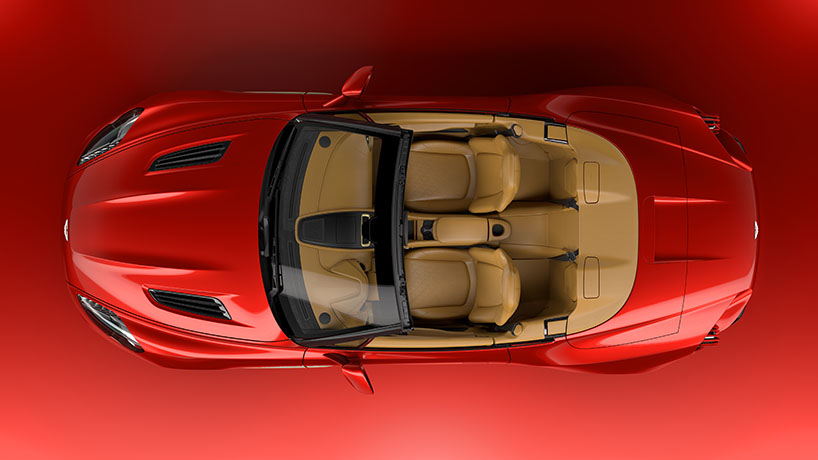 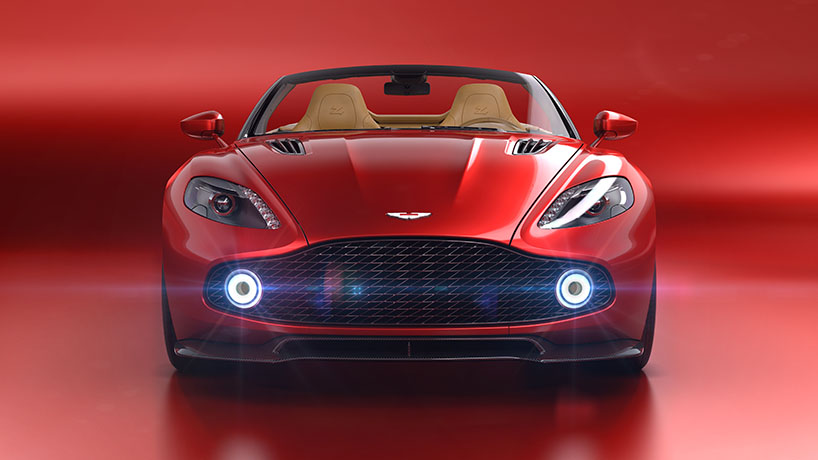 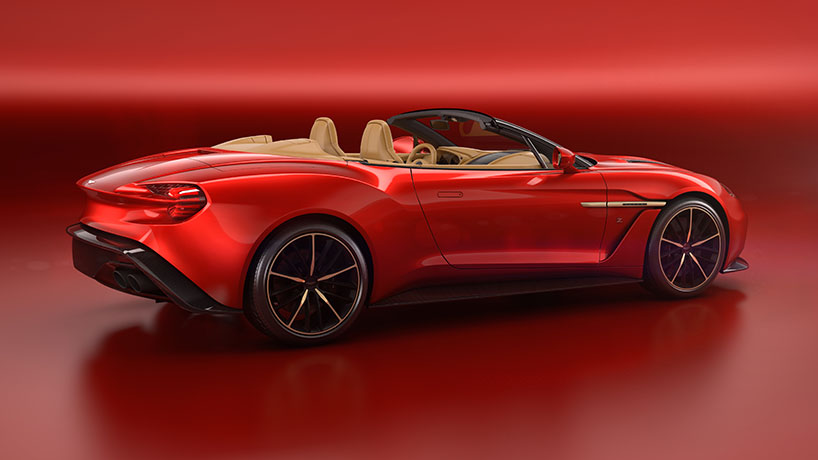 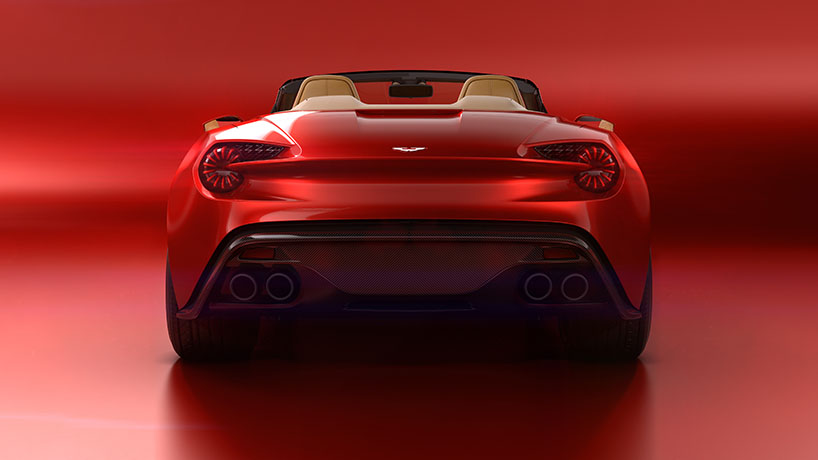