six bespoke cars celebrate aston martin works 60th anniversary with each one incorporating aluminum pistons from a specific decades models, dedicating the first to the 2005-2015 original vanquish. marking the diamond jubilee at their newport pagnell home, the other five limited edition sports automobiles derive from the; 1955-65 DB 2/4 Mk II saloon, 1965-75 DB5, 1975-85 V8 coupe, 1985-95 V8 vantage X-pack and 1995-2005 V8 vantage supercharged eras. all styled as the current vanquish super GT in either coupe or volante form, and equipped with its 6.0 liter V12 petrol engine that can accelerate from 0-60mph in 3.6 seconds and to a top speed of 200mph, they were created in collaboration with their design team and personalization service, Q by aston martin.

‘this project has been a harmonious co-operation across the whole business, developed uniquely to celebrate 60 years of aston martin works at newport pagnell.’  explained aston martin works commercial director, paul spires, ‘I’m thrilled to be unveiling the first of these cars at our christmas celebration, and look forward to seeing the remaining models being built and delivered to customers throughout the course of our anniversary year in 2015.’ 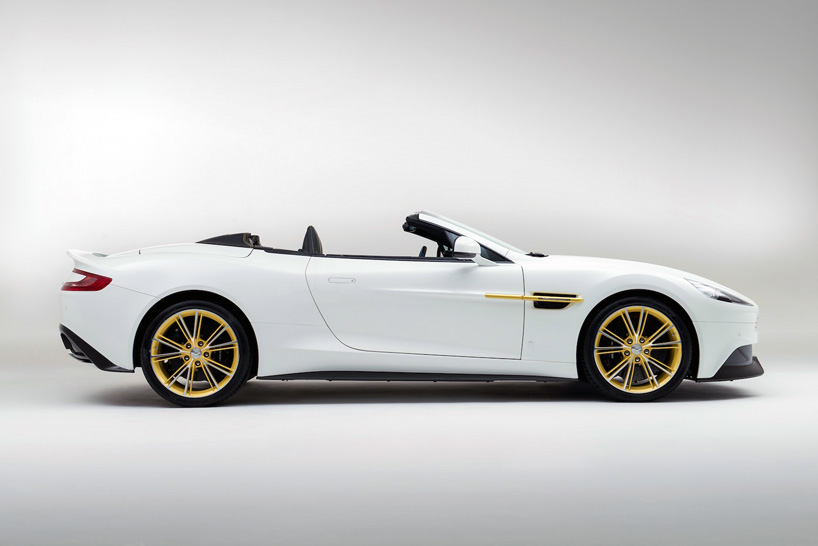 the first edition starts the 12 months of subtly different anniversary releases which form a collection of rare sports cars. each feature emotive bespoke rotaries drawn from old models’ engines, with fine wording laser etched on. each car will include unique colors and trim treatments to ensure their exclusivity, with the first’s interior fitted with black leather, carbon fiber weave and contrasting yellow stitching. 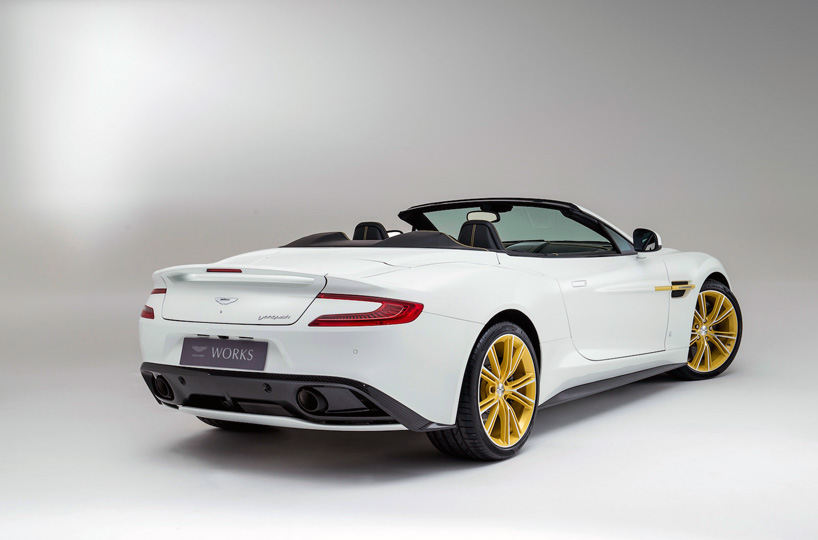 ‘the colors of these six unique cars have been very carefully chosen to reflect and celebrate the progress of aston martin works over those six decades.’ said dr matthew bennett, general manager of VIP and Q by aston martin sales at gaydon, ‘celebrating the past, but pointing very much toward a bright and exciting future, too, these vanquish models will, I’m sure, very quickly become a notable feature of the brand’s history at newport pagnell.’ 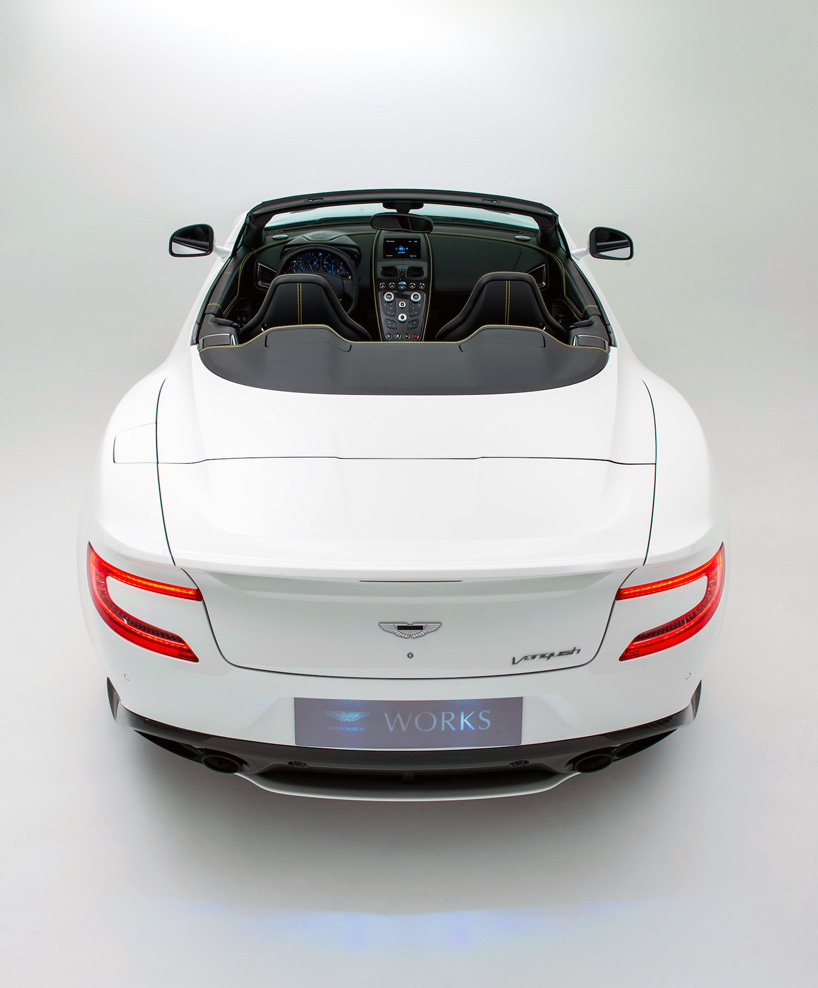 the rear view of the car 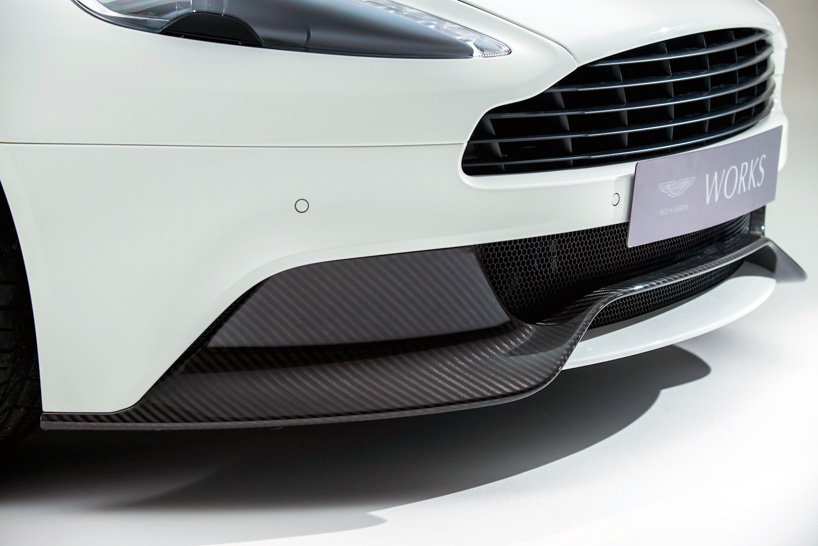 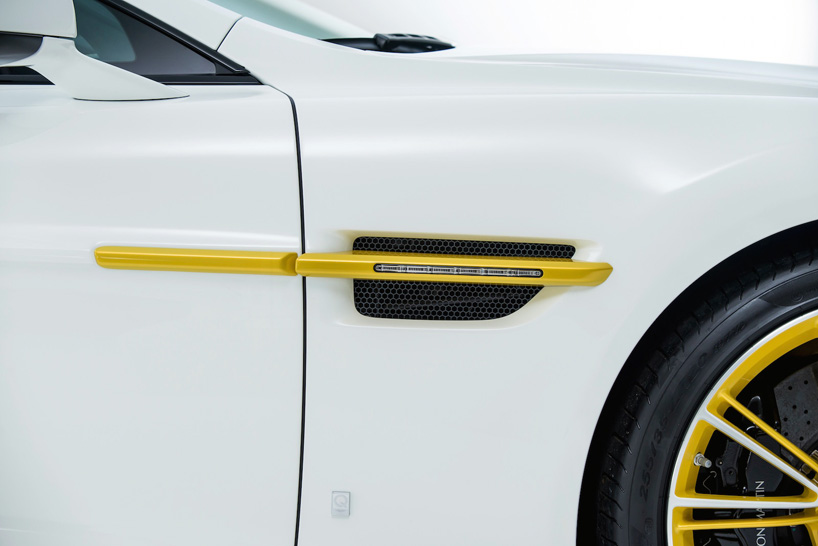 Q by aston martin’s logo is present on the side 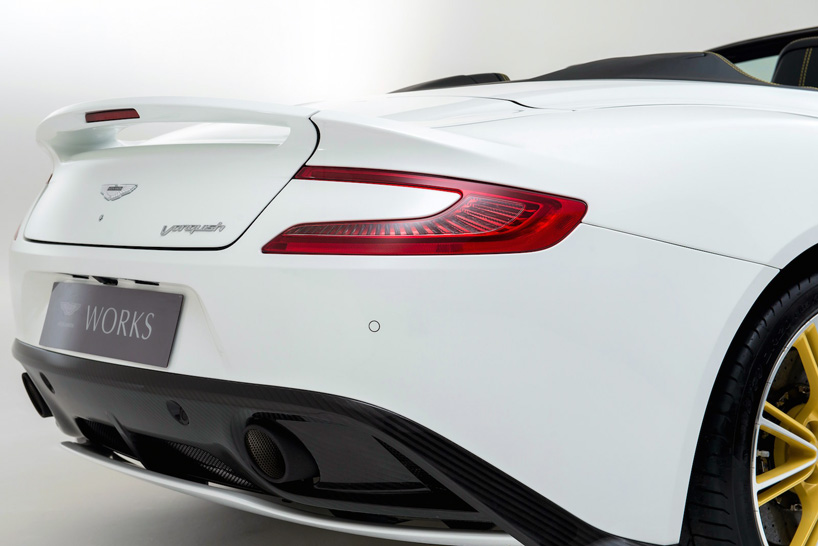 each model is equipped with V12 petrol engine 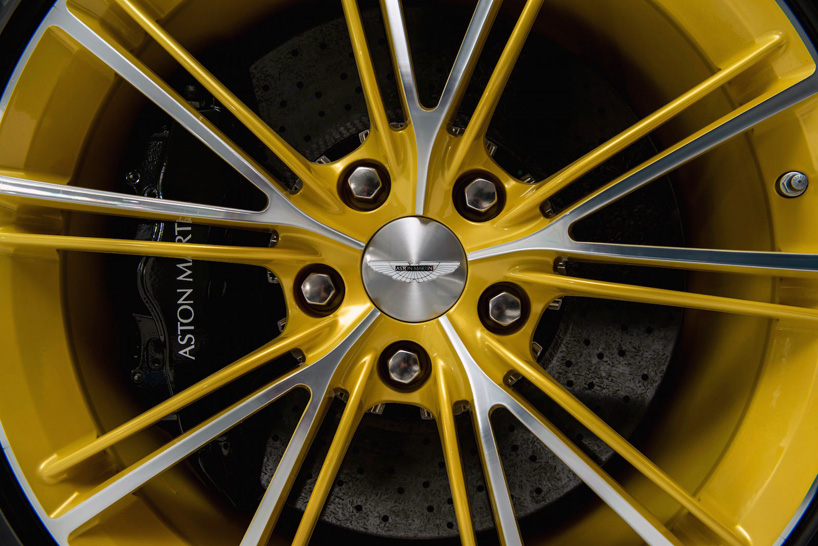 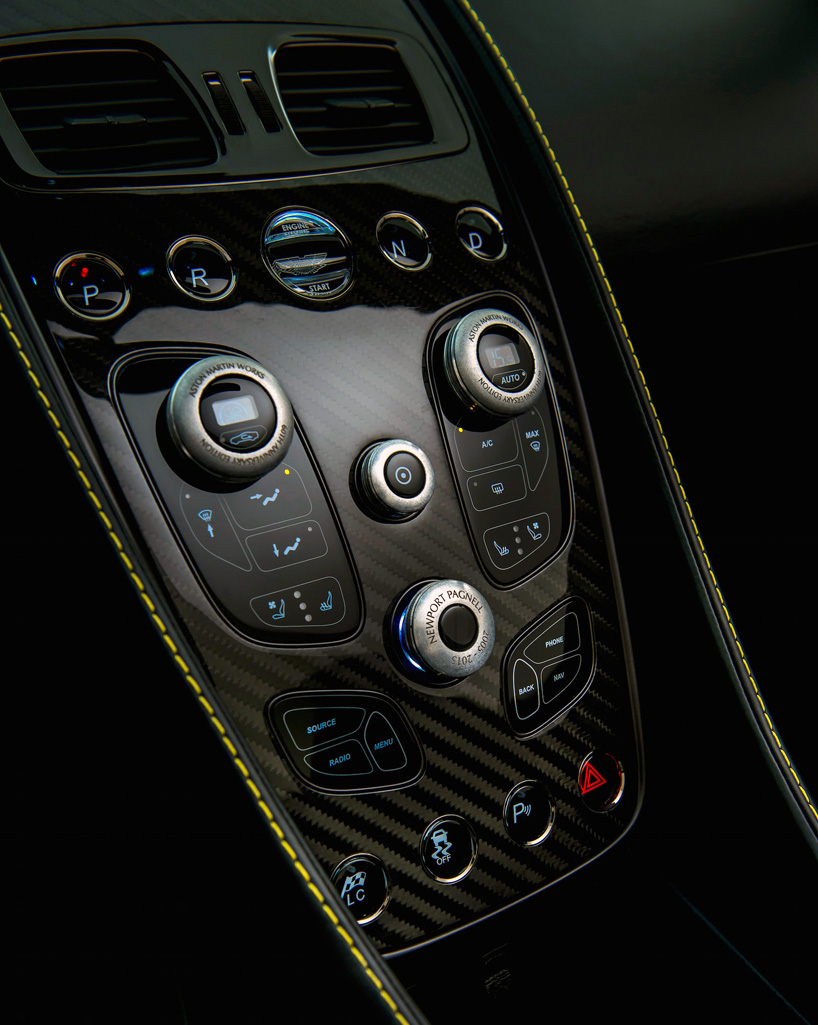 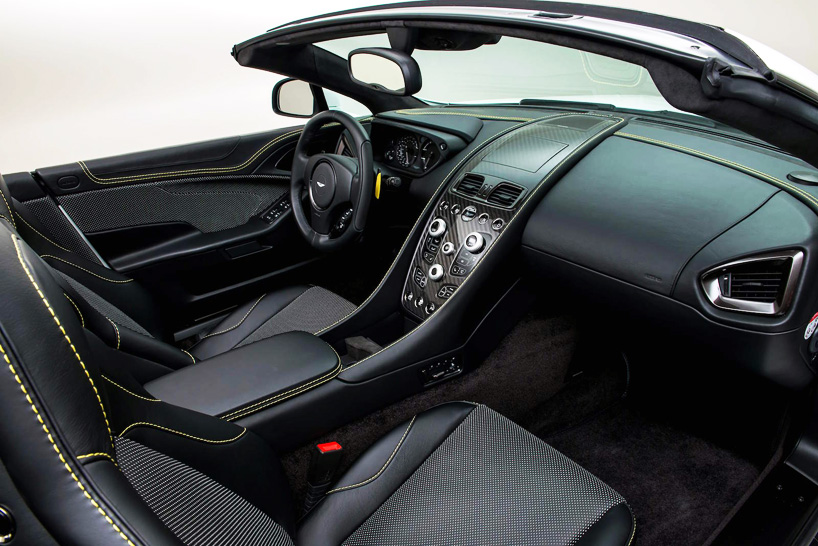 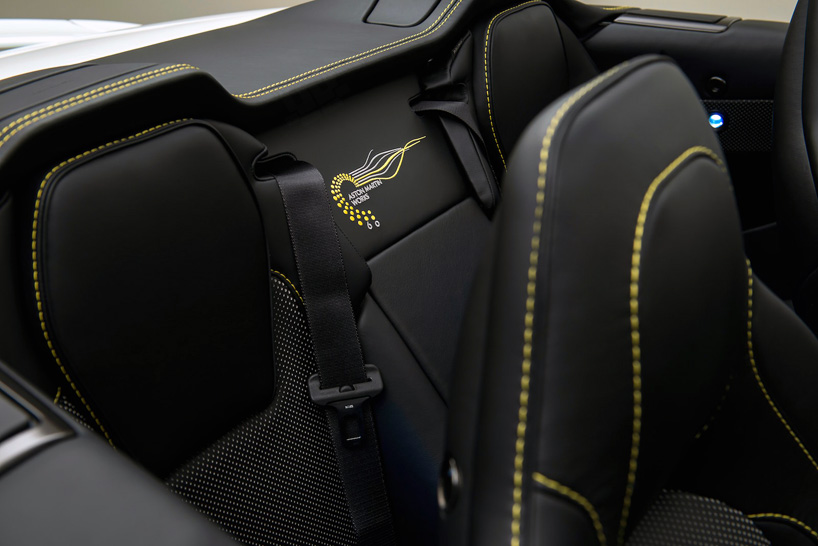