in this video, ESA (european space agency) astronaut thomas pesquet, gives an in-depth view of the spacesuit that the crew wears during spacewalks. these outfits include many different components that allow astronauts to work in various conditions. thomas reveals all the necessary equipment, speaking from the international space station’s airlock, a compartment with doors used to prepare for and carry out spacewalks. 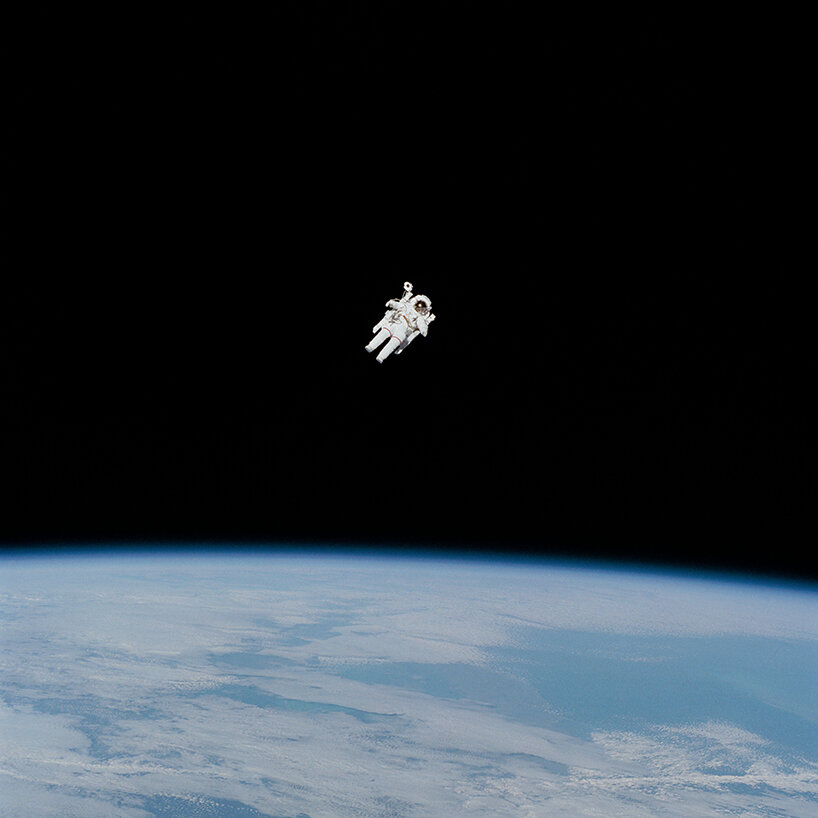 in this 1984 photograph of the first untethered spacewalk, NASA astronaut bruce mccandless is in the midst of the first ‘field’ tryout of a nitrogen-propelled backpack device called the manned maneuvering unit

the spacesuit is adaptable but the gloves are personalized, so each member has its own pair allowing maximum mobility in their hands and fingers. the ESA astronaut shows the lighting system and cameras that ensure the crew members a vision when they are to the side of the earth that is not lit by the sun. he also presents the additional equipment on the helmet, dubbed golden visor, protecting against the harsh light, and the cooling garments worn inside the suits that retain their bodies at the correct temperature. 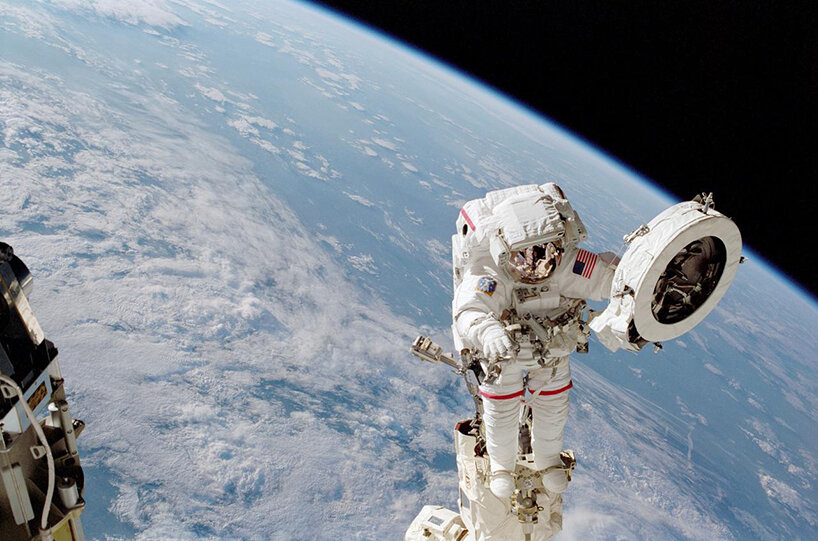 chang-diaz positioned on the RMS holding PDGF against earth limb

thomas explains further, the importance of securing the tools with tethers.‘the last thing you want is to let a tool slip out,’  he mentions. ‘the astronaut’s biggest concern, biggest fear is to let something slip out in the void’. last but not least, he explains the equipment lock and the crew lock, where astronauts breathe in a controlled way to rid their blood of nitrogen and adjust to the lower pressure of space. 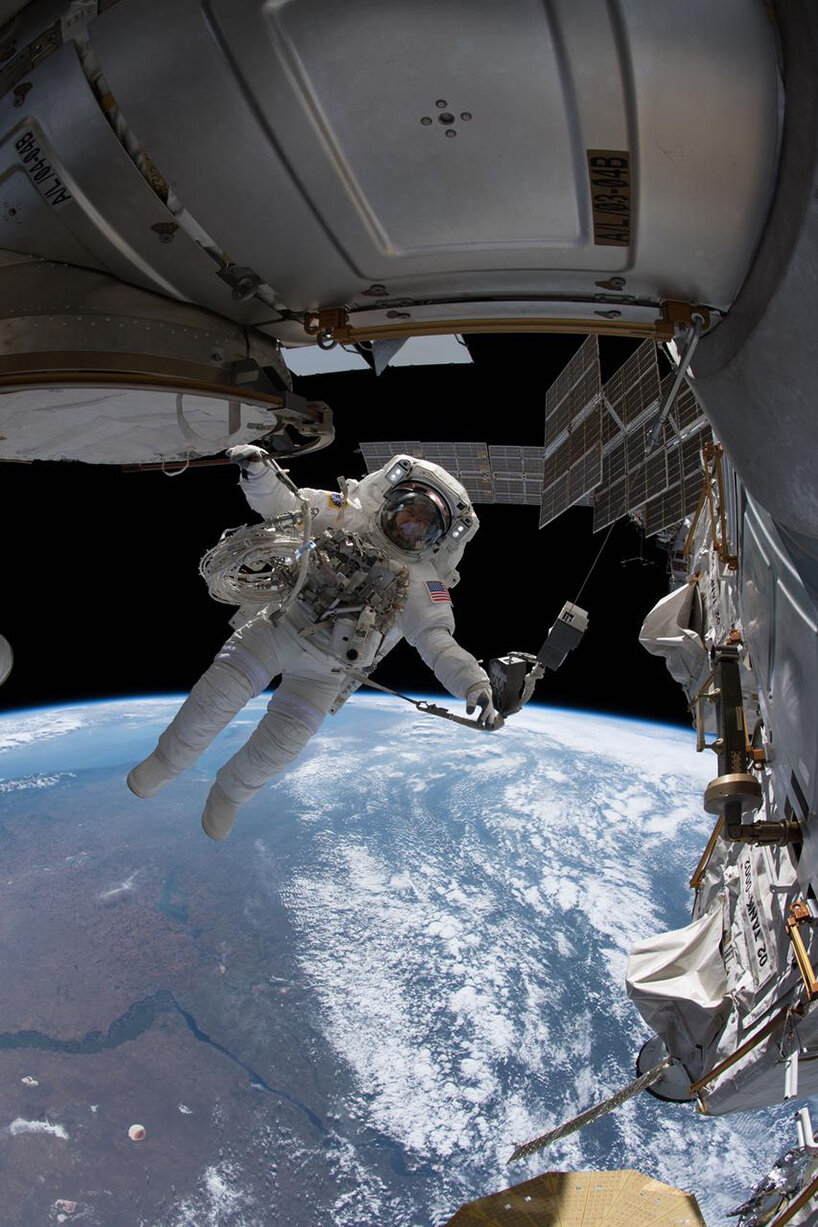 NASA astronaut drew feustel is pictured tethered to the international space station just outside of the quest airlock during a spacewalk on june 14, 2018 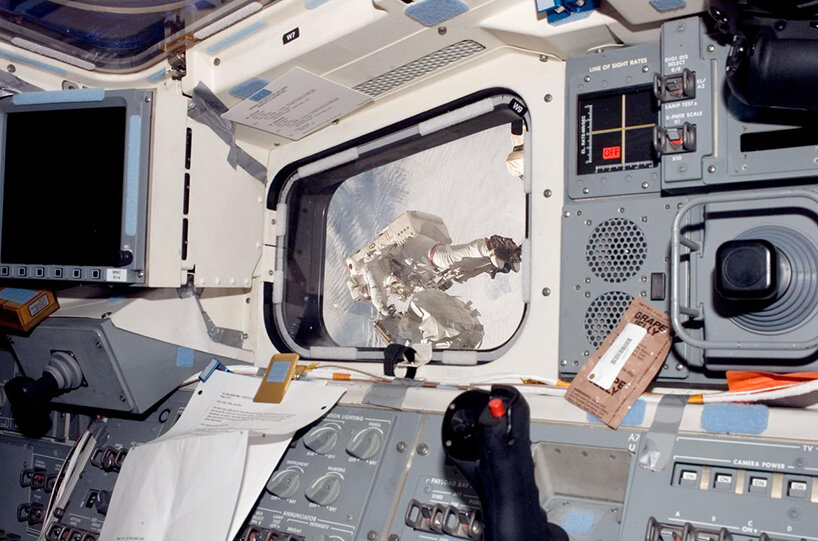 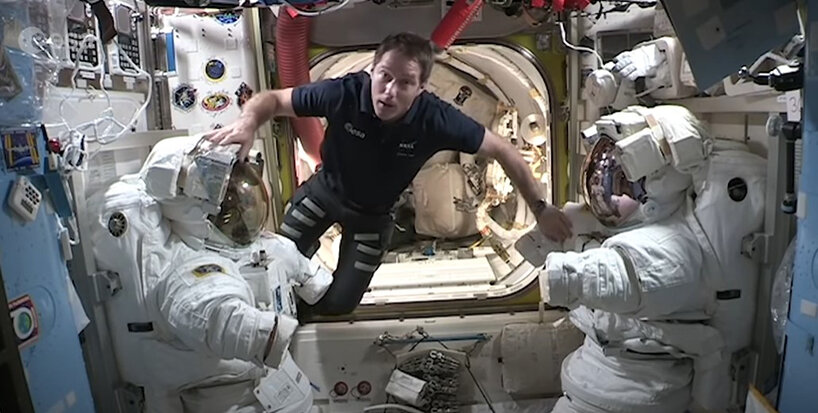 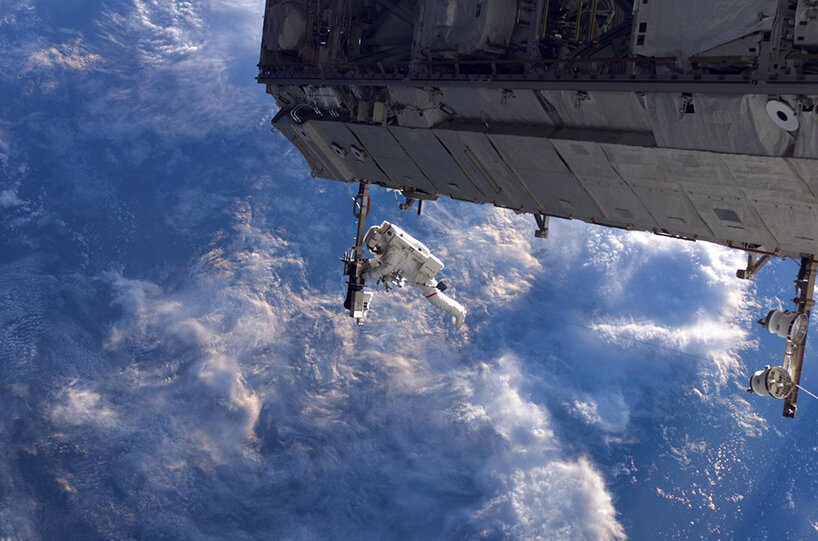 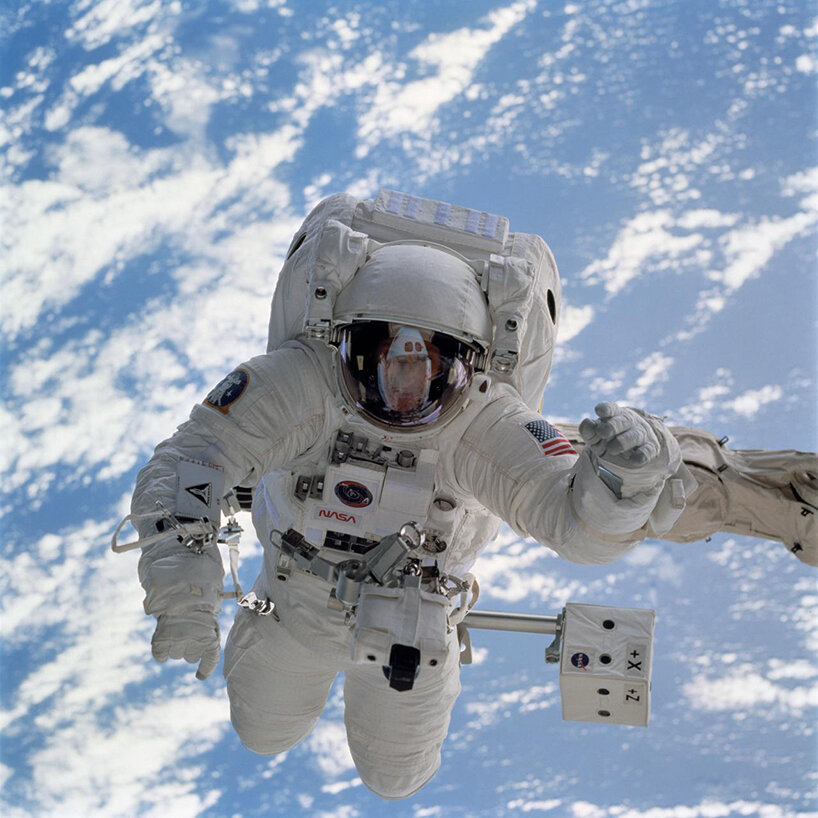