currently under development by panasonic subsidiary atoun, a japan-based company specialized in wearable robots, koma 1.5 is an innovative machine designed for heavy labor. this android is a step toward overcoming human physical limits. even though the available videos do not yet show impressive weight lifting, it is intended to help carrying hefty objects. featuring two modes – buggy and two-legged – this strength and movement enhancing robot can operate in many different conditions.

atoun has previously presented other robots that assist humans. model Y has been their most succesful product so far, which we covered here.

TWO modes for any environment

koma 1.5 combines the benefits of wheels, which are more energy-efficient but only suited for flat surfaces, and robotic legs, that conversely can overcome many obstacles – stairs or pot holes – one may find on her way. the design and movement of this machine have reminded many metal gear players of the dystopic bipedal mecha (giant robot controlled by people) widely present throughout the famous console game. 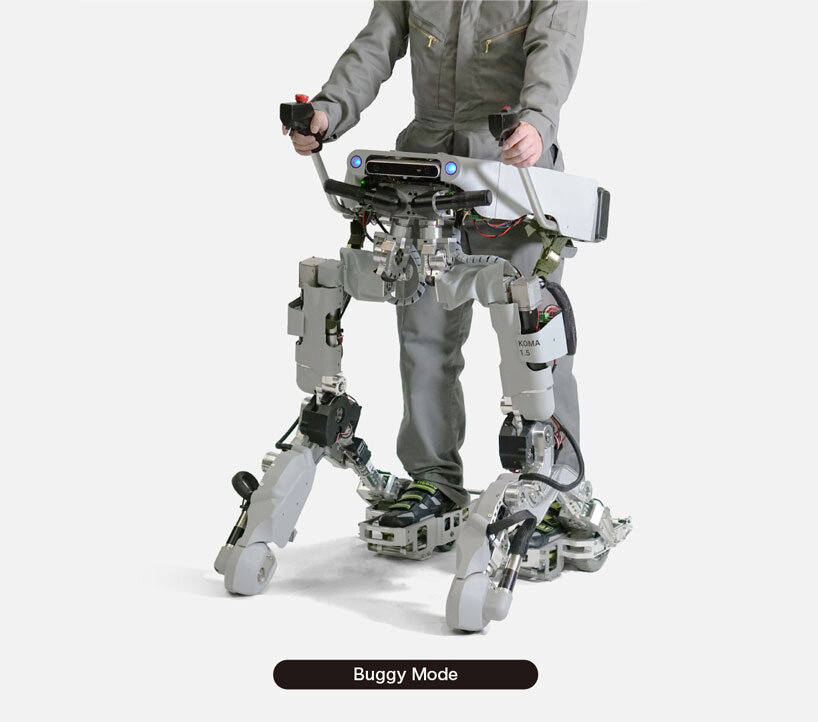 the user always holds the two joystick-shaped controls with his hands while standing on the metal platform. during buggy mode the robot is composed of four legs. two in the back, each equipped with a pair of knobby-tire wheels, and two in the front with smaller wheels. the movement speed is not of public domain but rapidity is not its main attribute. 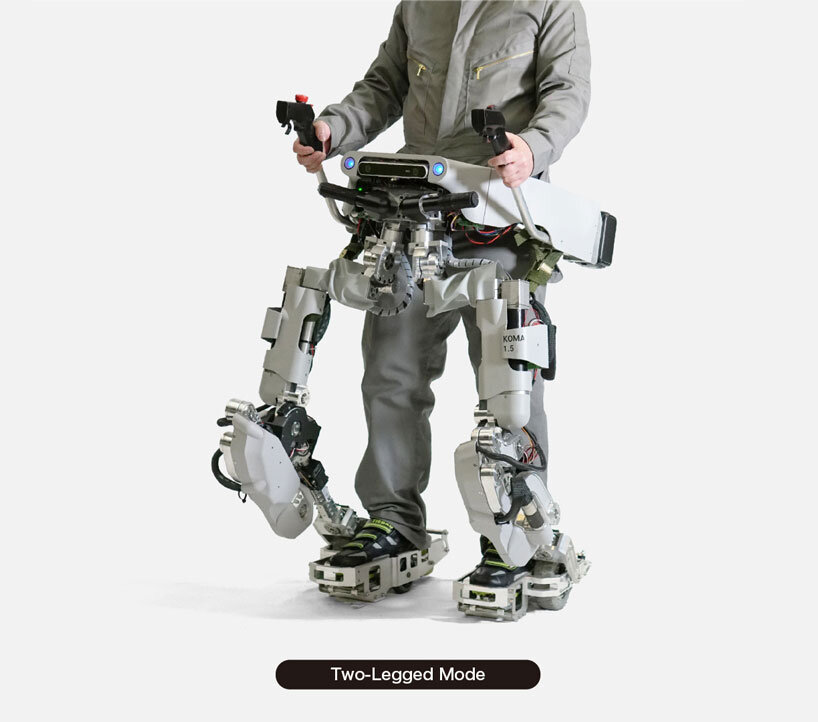 with the push of a button the front mechanical limbs quickly fold back into the main structure, leaving the robot upright in its two-legged mode. now the articulated exoskeleton can accompany the user movement as she steps up and down. an integrated camera and an AI software create a computer vision system capable of recognizing and avoiding obstacles. 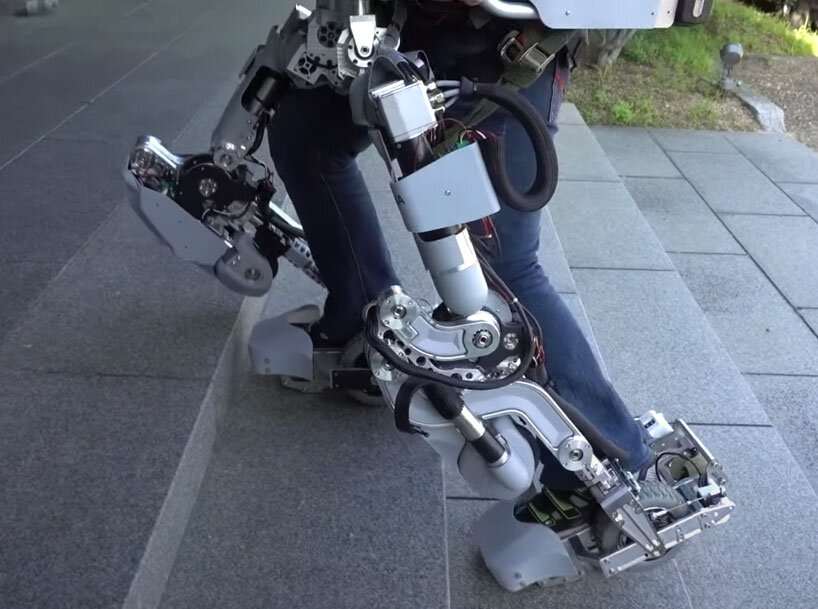 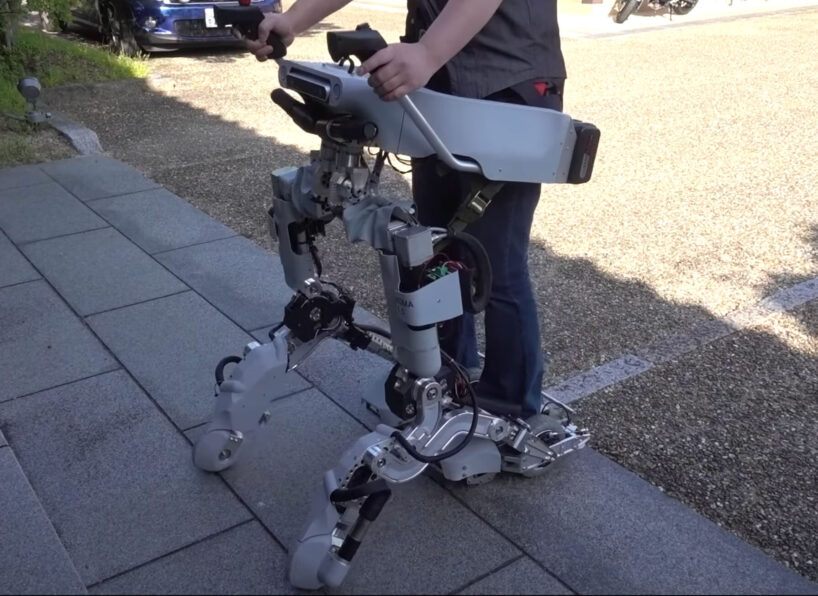