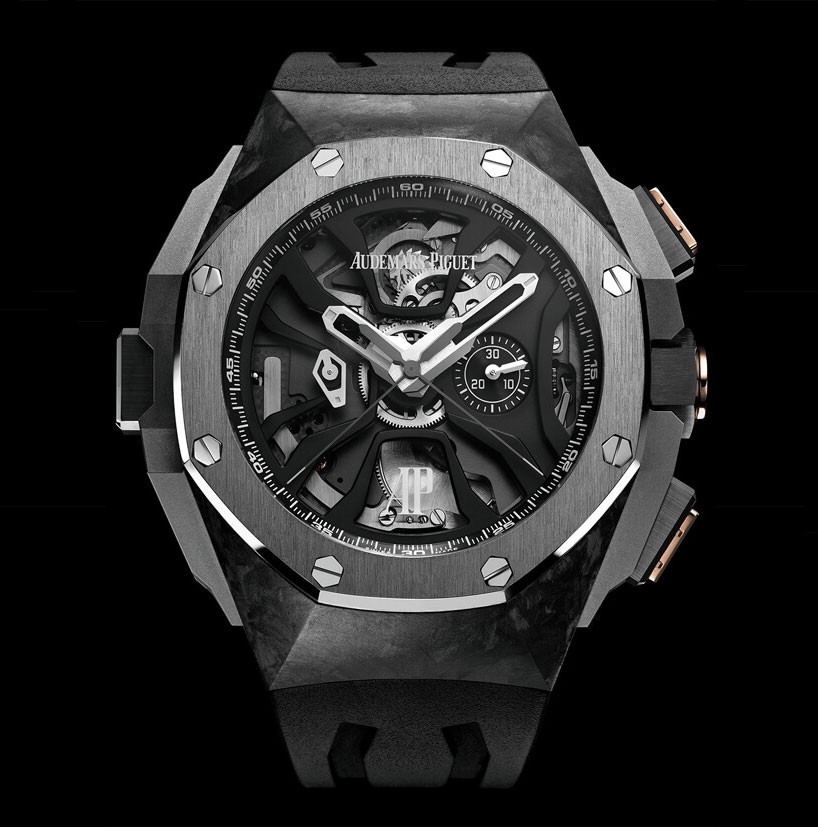 traditional chronographs are very complicated timepieces to create. to manifest the well established relationship with seven time world formula one champion michael schumacher, audemars piguet designed the ‘royal oak concept laptimer’ dedicating the german race car driver. regular chronographs that date back all the way to 1816, tend to have one independent sweep second hand that can be started, stopped and returned to zero by successive presses on one push piece. 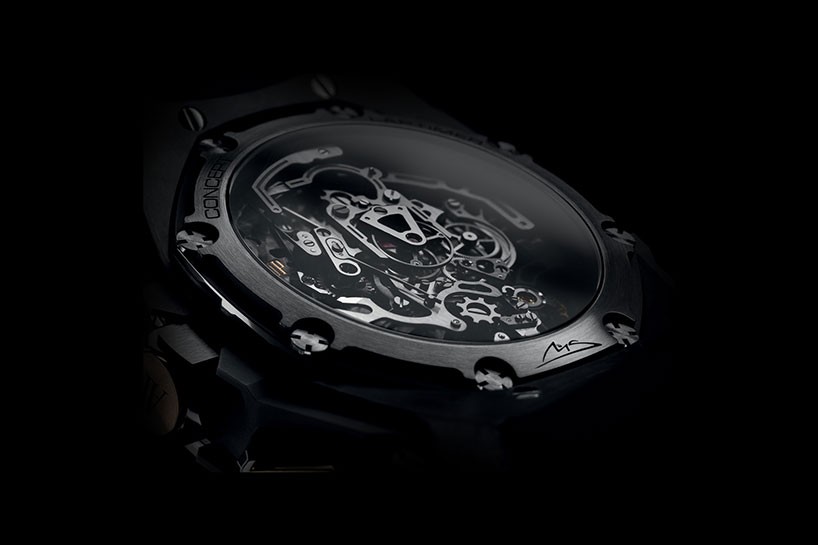 this advanced timepiece raises the benchmark with a single chronograph that moves two central hands that can be controlled with three push pieces. that means the owner can record the time of one lap, while the other one starts. these complex calibre 2923 is hand wounded by audemars piguet, and took five years to design. Which is why there are only 221 ‘royal oak concept laptimers’ being made, at a cost of $229,500 each. the 44 mm case is forged from carbon in ceramic and pink gold, with titanium edges, bezel and back. they will be sold only at audemars piguet boutiques in new york and bal harbour. the royal oak concept laptimer is perfect for race car drivers and perfect for michael schumacher. 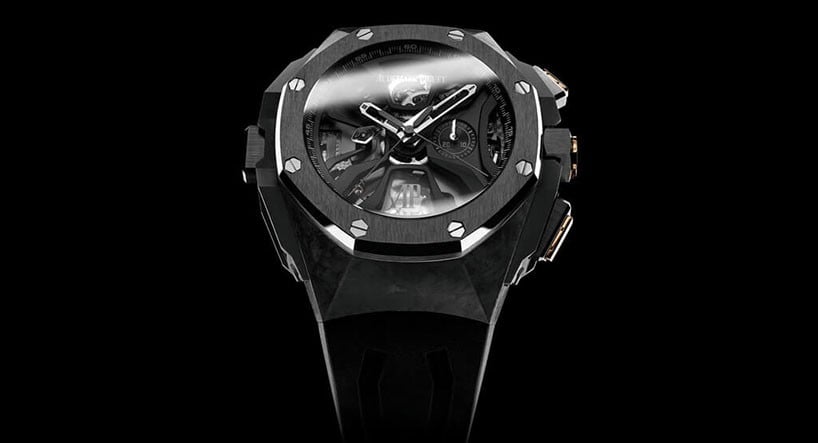 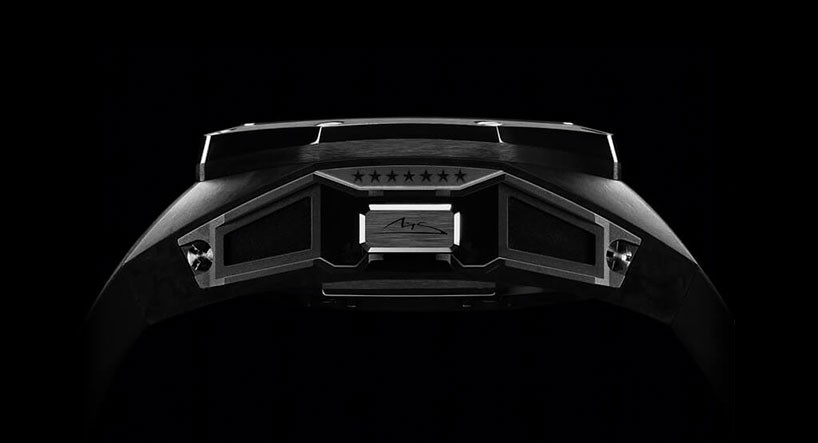 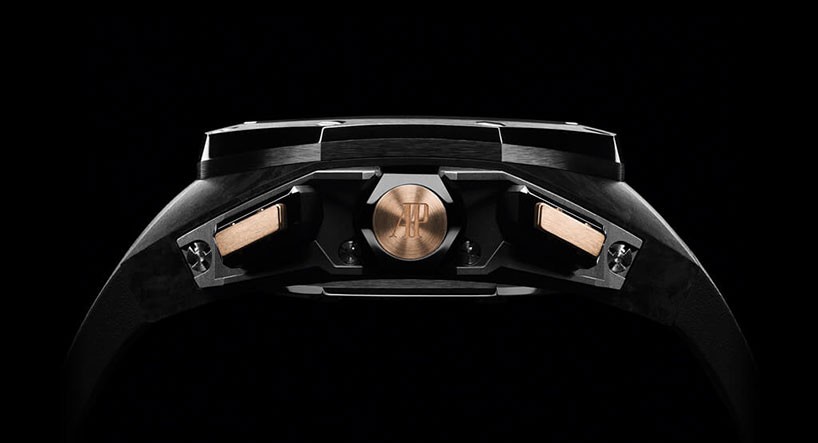 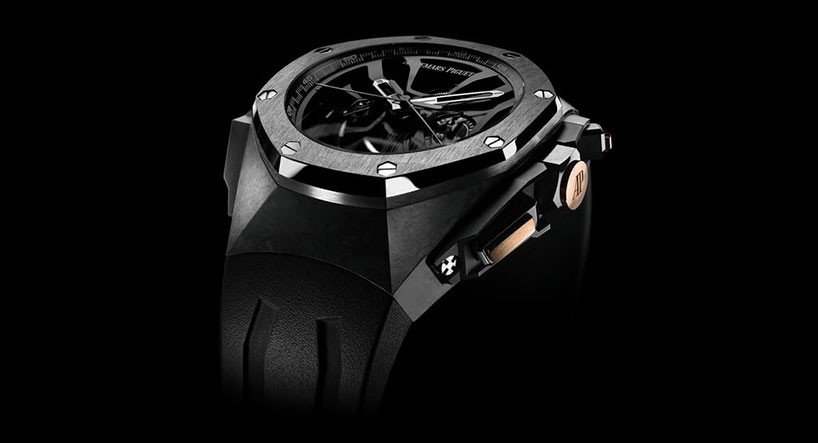