at the wörthersee tour in austria, AUDI unveiled its ‘wörthersee’ performance electric bike for sports and trick cycling. designed incorporating technology from AUDI cars, with testing and feedback from competitive cyclist julien dupont. the bicycle also offers smartphone connectivity for the recording of stunts, and optional automatic stabilization when performing wheelies and other tricks.

completely designed and manufactured at AUDI, the ‘wörthersee’ offers the highest output of any production electric model at 2.3kW (a power-to-weight ratio of 9kg (19.8lb) per kilowatt). riders can use one of five travel programs, including the human-powered only ‘pure’ mode; ‘pedelec’ mixed-use, with a top speed of 50 mph (80 km/hr) and range of 31-44 miles (50 – 70 km) per charge; or ‘eGrip’ electric-only mode, with a top speed of 31mph (50km/hr). the e-bike’s nine-speed, hydraulically actuated gear shift is modeled after the quick response of the R-tronic transmission of AUDI R8s.

the lithium-ion battery pack of the ‘wörthersee’ is easily removable, charging completely in 2.5 hours.

continue reading for more about the production model of the e-bike, or see the concept sketches, early renders, and design notes at designboom’s exclusive feature, ‘designing the AUDI e-bike wörthersee‘. 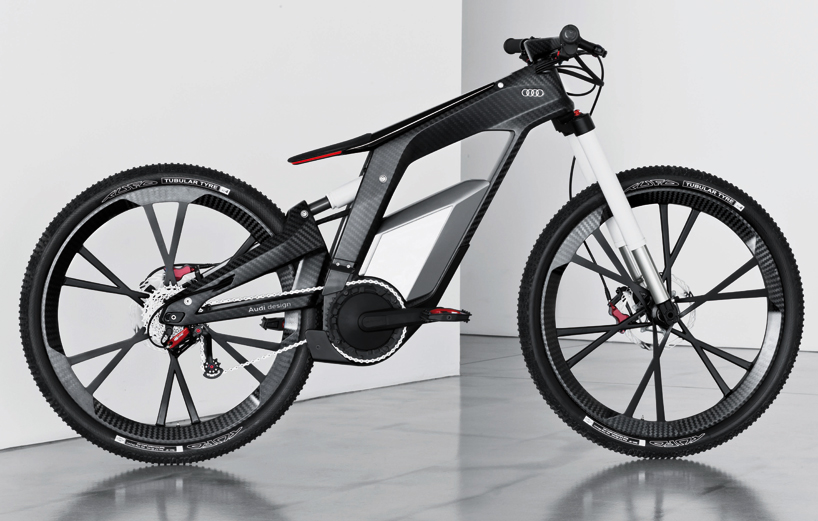 the frame of the bike is composed of lightweight carbon-fiber-reinforced polymer (CFRP) and weighs 3.53 pounds (1.6 kg); the wheels feature 2-inch CFRP rims and blade-pattern spokes, the flat design of which increase the transmission of pedal power. including the battery and motor, the bike weighs 46.3 pounds (21 kg).

LED lighting is integrated into the handlebar and seat. the seat’s height can be adjusted through controls on the handlebar; for example, for trick cycling, the bike’s seat can be lowered to run flush with the frame, returnable to normal riding position with the touch of a button. a multimode electronic control system also supports the rider when performing backwheeling, wheelies, and other tricks.

an on-bike touchscreen computer interfaces with smartphone via WLAN, and video can be recorded via the in-helmet camera and uploaded via the mobile device to the web. an online portal lets trick cyclists compete against one another, earning points for successful tricks that have been videotaped and uploaded. 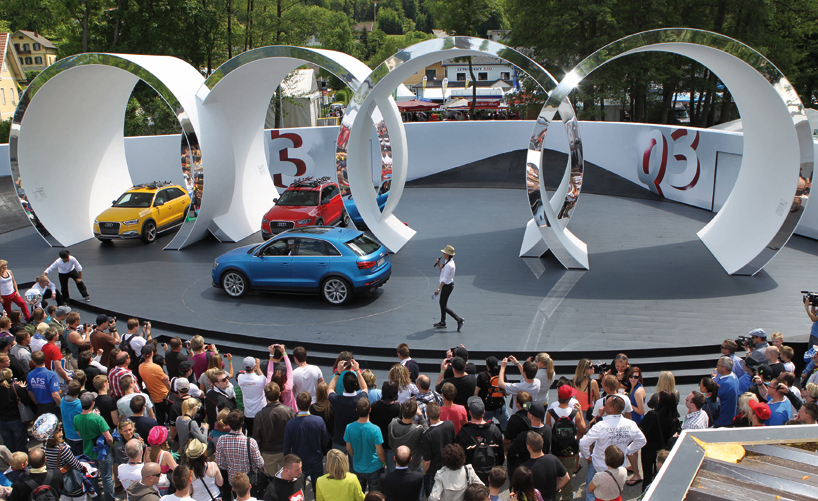 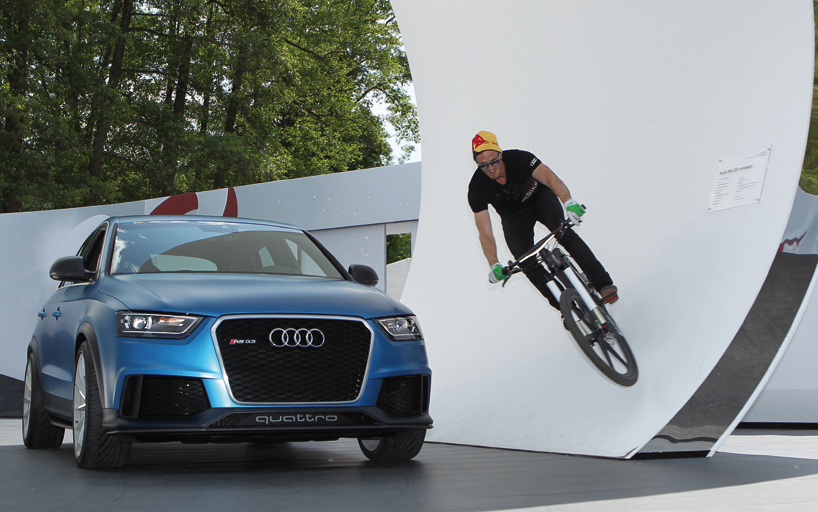 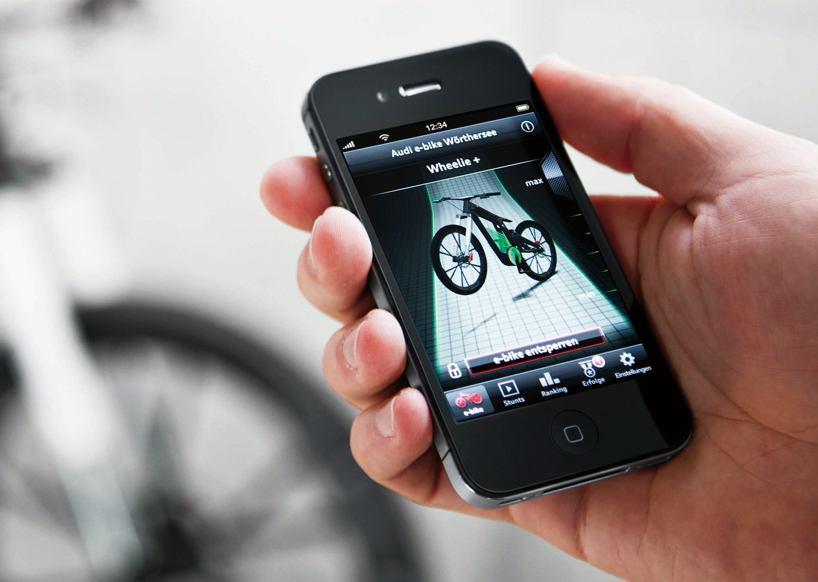 via smartphone app or handlebar control, the bike can be set to automatically stabilize for the performing of wheelies and other tricks 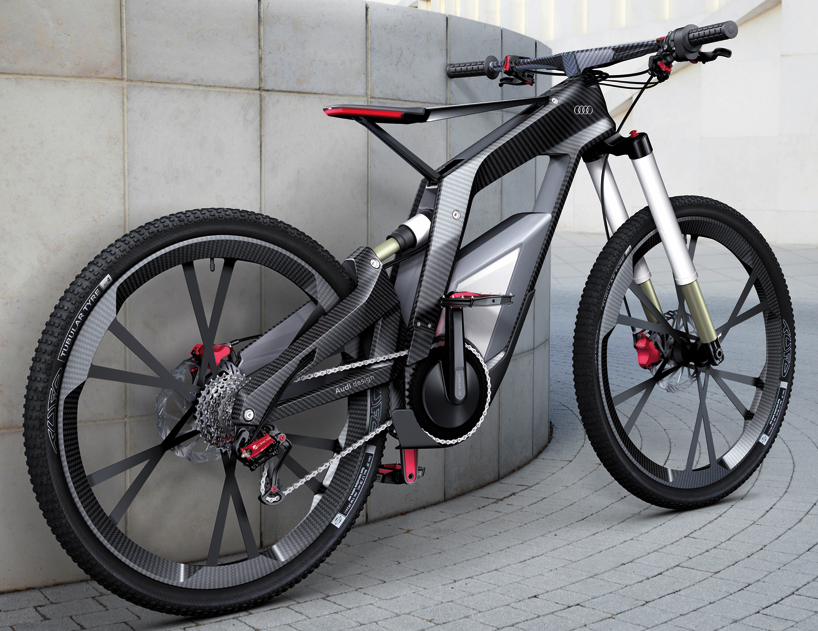 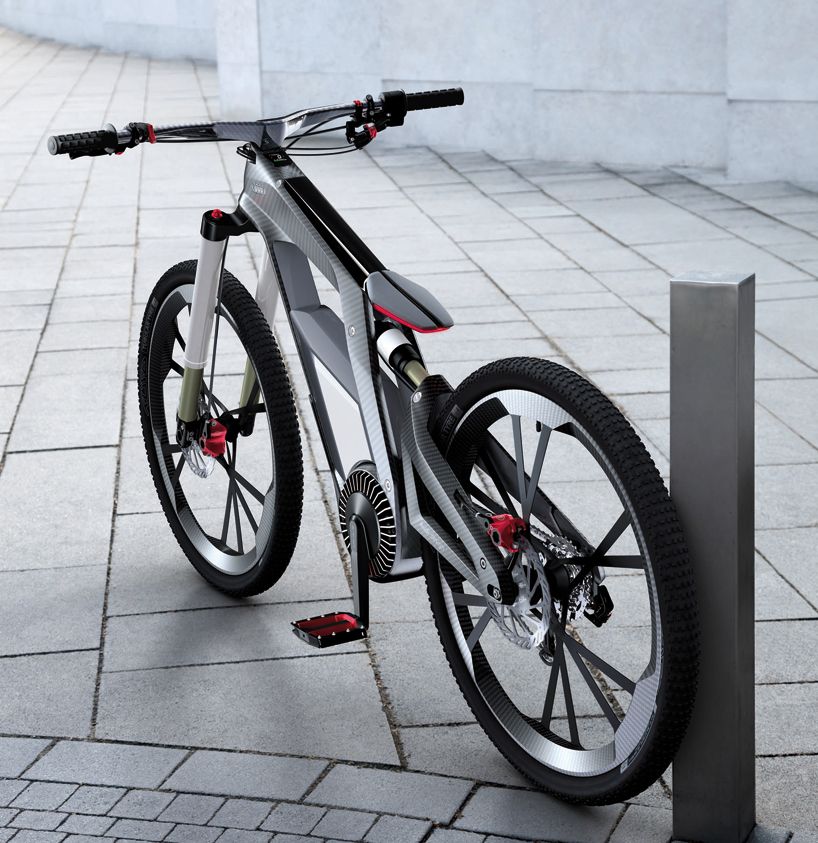 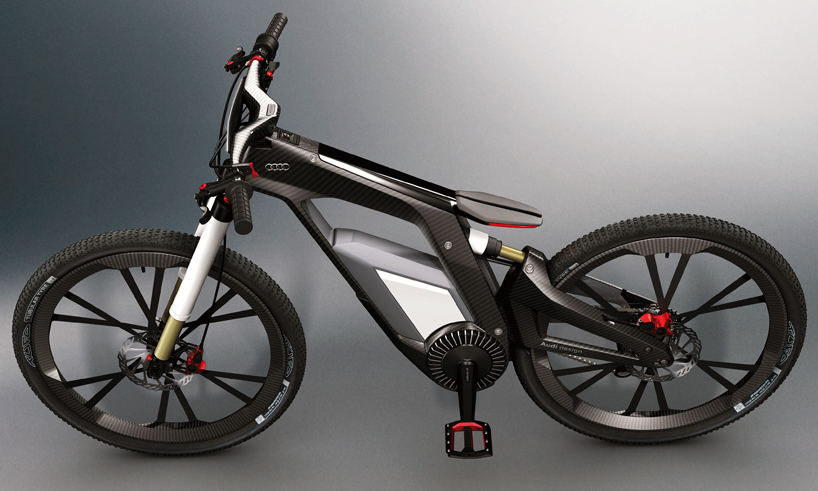 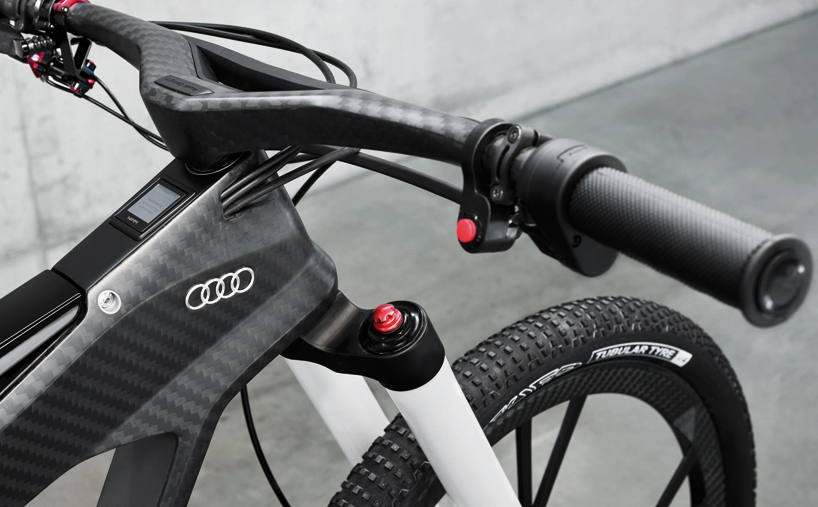 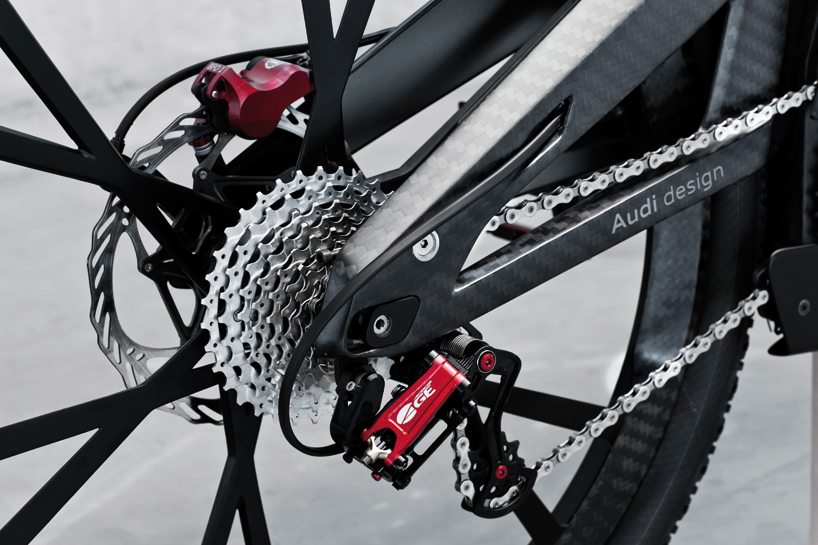 take a behind-the-scenes look at the design of the bike in designboom’s exclusive preview ‘designing the AUDI e-bike wörthersee‘.