just in time for the 2013 CES in las vegas, the state of nevada has declared AUDI as the first automaker to obtain a license allowing the testing of autonomous vehicles on its public roads. the announcement opens the door for pushing the technology envelope forward as AUDI envisions motorists  to enjoy the convenience of allowing cars to handle automatically in mundane stop-and-go driving conditions, while still being able to take control when needed.

developed jointly by the volkswagen group electronics research lab in silicon valley and stanford university, a modified version of the AUDI TTS completed the 156-turn, 12.42-mile pikes peak circuit in just 27 minutes. below you can see an example of the vehicle doing over 200 km/h (120 mph) on the circuit. 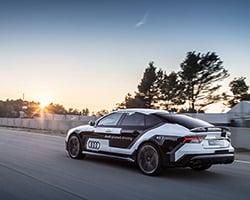 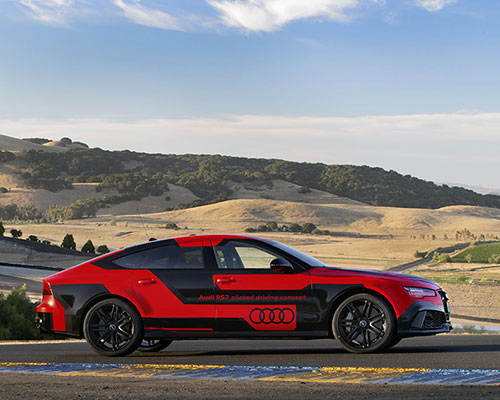