NAIAS 2017: AUDI has fully unveiled its highly-anticipated Q8 concept car at the annual north american international auto show held in detroit, michigan. with the dynamic lines of a coupe, the model is considered an elegant alternative to more robust sport utility vehicles. an efficient plug-in hybrid with 330 kW of system output, and 700 Nm (516.3 lb-ft) of torque, powers the vehicle. a production model of the four-seat car is set to launch in 2018. present at the international car fair in motor city, detroit, designboom took a closer look at the german automotive brand’s greatly expected concept model. 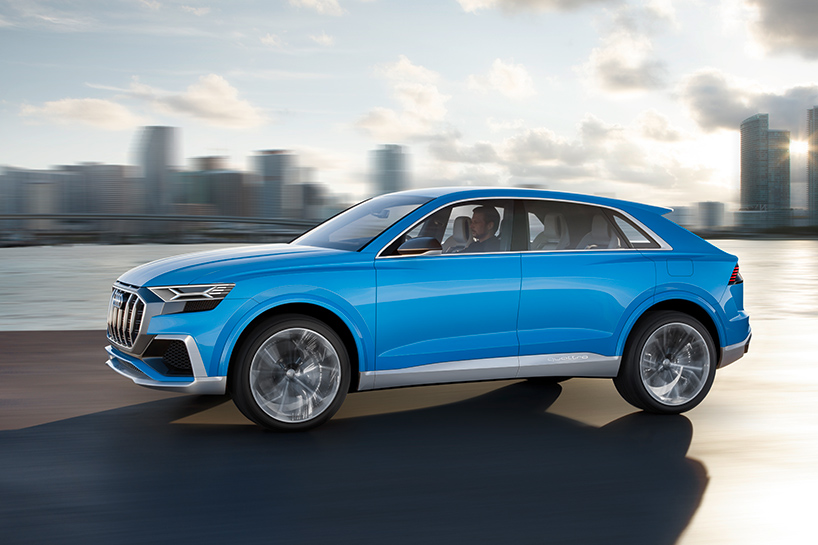 at just over 5 meters (16.5 ft), and with a 3 meter (9.8 ft) wheelbase, the full-size AUDI Q8 concept offers plenty of space for passengers and luggage. despite the sloping, coupe-like roofline, rear-seat passengers are able to enjoy ample head and shoulder room. an internal control concept uses large touchscreens in the cockpit and is rounded out by an expanded version of the AUDI virtual cockpit and a contact-analogue head-up display. the latter uses intelligent augmented reality technology, designed to merge the real and the virtual worlds. 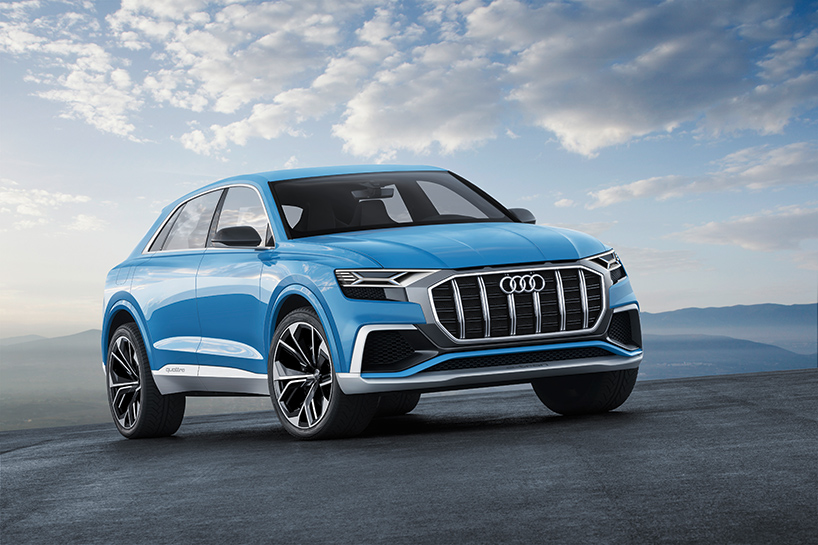 with the dynamic lines of a coupe, the design is considered an elegant alternative to SUVs

‘the Q8 concept is an AUDI in peak form,’ says dietmar voggenreiter, member of the board of management for sales and marketing at AUDI AG. ‘it demonstrates the strengths of our brand in both technology and design while providing a glimpse at a future full-size, production SUV. with its next-generation display and control solutions, we are enabling customers to experience connectivity in a whole new way.’ 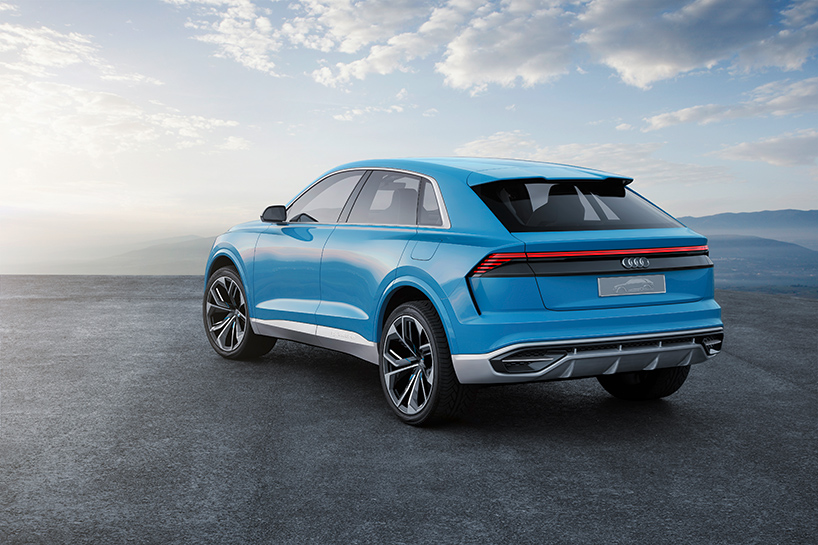 the car’s front end is defined by the octagonal singleframe with honeycomb insert — a distinctive grille significantly wider than today’s AUDI production models. here, the outer air inlets evoke the intakes of a turbine, while a distinctive aluminum blade forms the bottom edge of the bumper. meanwhile, individual lighting units have glass covers, but the headlights as a whole are open. an X-shaped, blue laser light signature highlights the digital matrix laser technology used for the low and high beams. 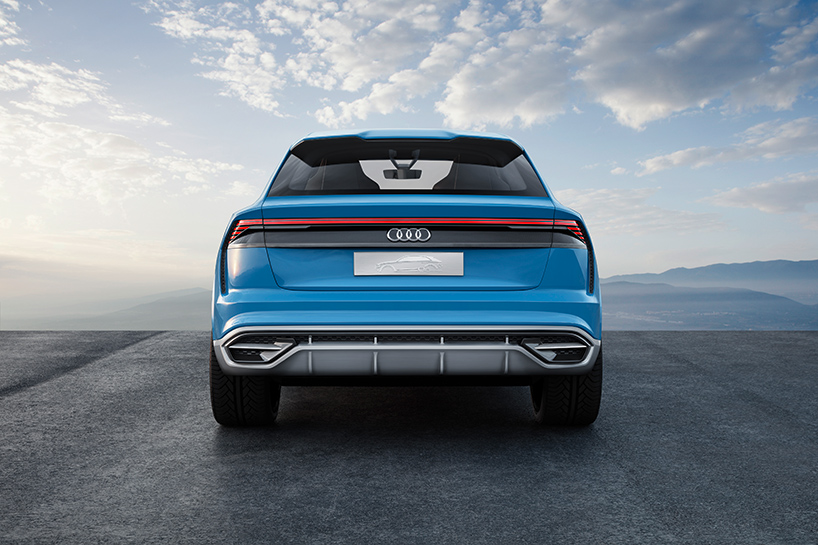 contributing to the flat roofline, the doors do not have window frames. standing at a height of 1.70 meters (5.6 ft), the car features dynamic lines that climb upward toward the rear. doors are opened via touch sensors, whereby as soon as the door detects hand contact, it opens easily and swings to a defined opening angle. from the reverse, a long roof edge spoiler shades the extremely flat rear window of the concept car. a strip of lights extends over the entire width of the rear end, which serves as both the tail and brake light as well as the turn signals. the license plate is located on a black trim strip between the lights. 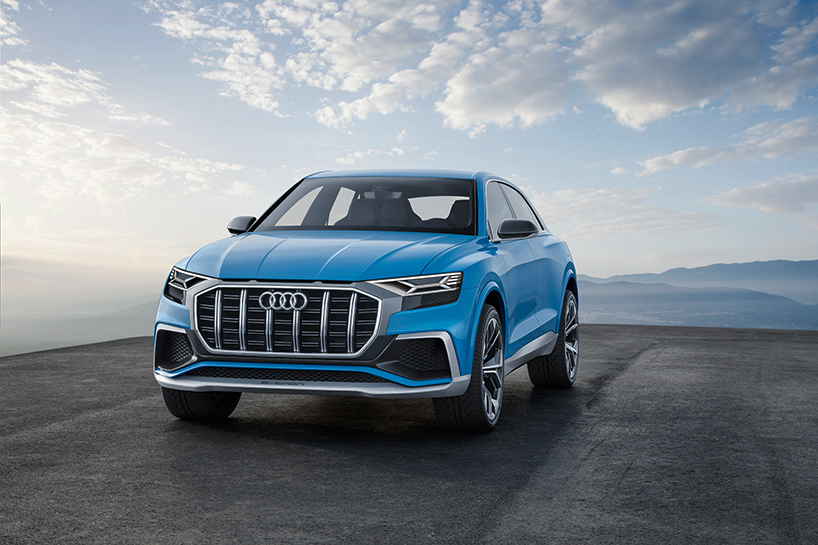 the car’s front end is defined by its octagonal singleframe

internally, the instrument panel with its distinctly horizontal character descends in steps. the central control and display surfaces are integrated into a glossy black strip framed by an aluminum clasp. when switched off, the monitor is invisibly embedded in the surface. alternatively, when in operation, it assimilates into the remainder of the design. the colors and materials used have been selected to establish a ‘cool and sporty atmosphere’. 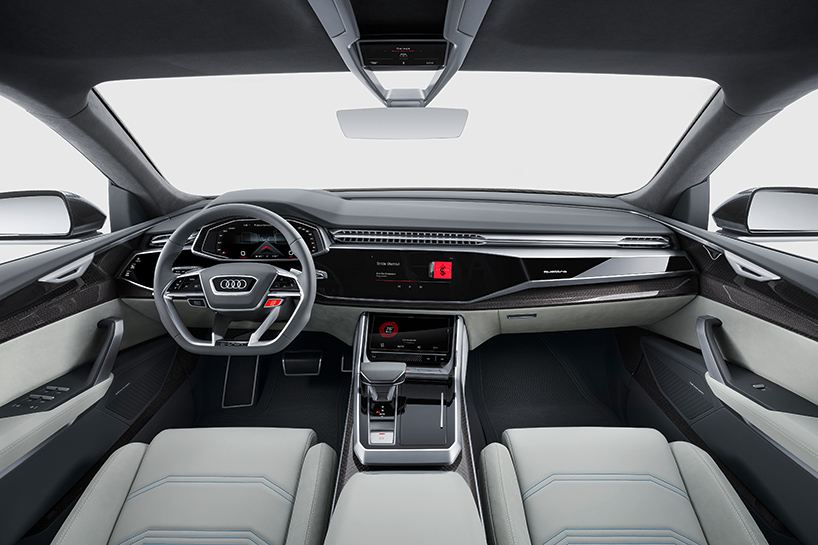 the instrument panel, with its distinctly horizontal character, descends in steps

the head-up display projects important information onto the windshield in the driver’s direct field of view, seemingly placing updates in the real environment. for example, a navigation arrow appears in the same position as an actual arrow on the road — an intelligent application of augmented reality. the AUDI virtual cockpit feature has a resolution of 1920 x 720 pixels that displays graphics with more detail than ever before. 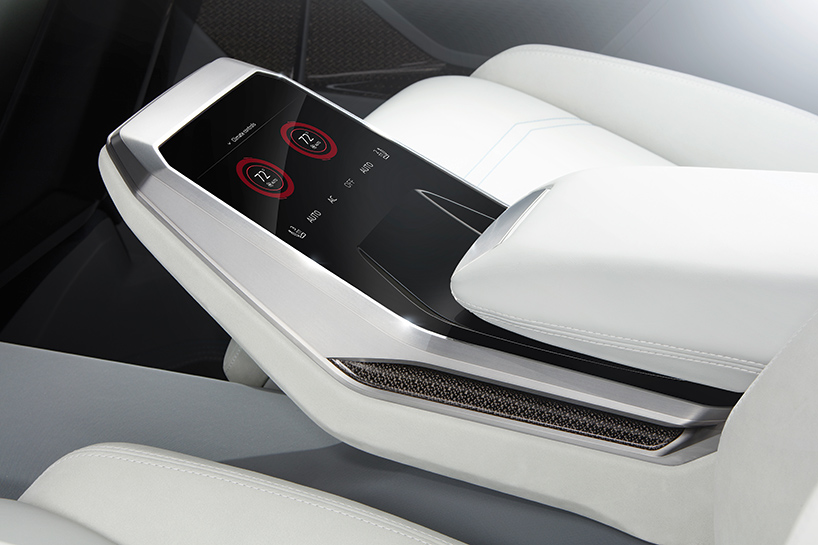 monitors are touch displays, which reduces the number of buttons, switches, and levers

in ‘auto’ display mode, the 12.3-inch TFT display offers generous space for maps, lists, and additional information, while the top-down map view visualizes the selected route. when zooming in, the current position and surroundings are displayed in 3D. ensuring direct, fast and intuitive operation, all other monitors are touch displays. this also means that AUDI was able to reduce the number of buttons, switches, and levers, resulting a neater and cleaner interior design. 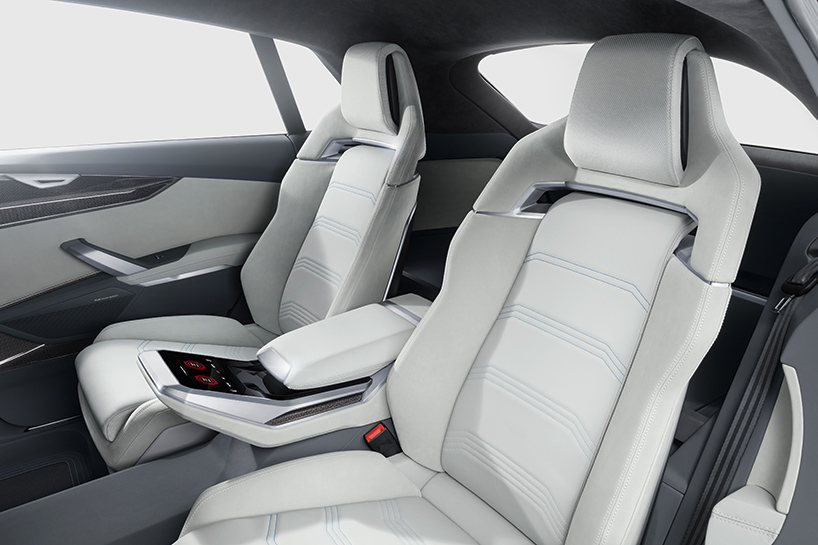 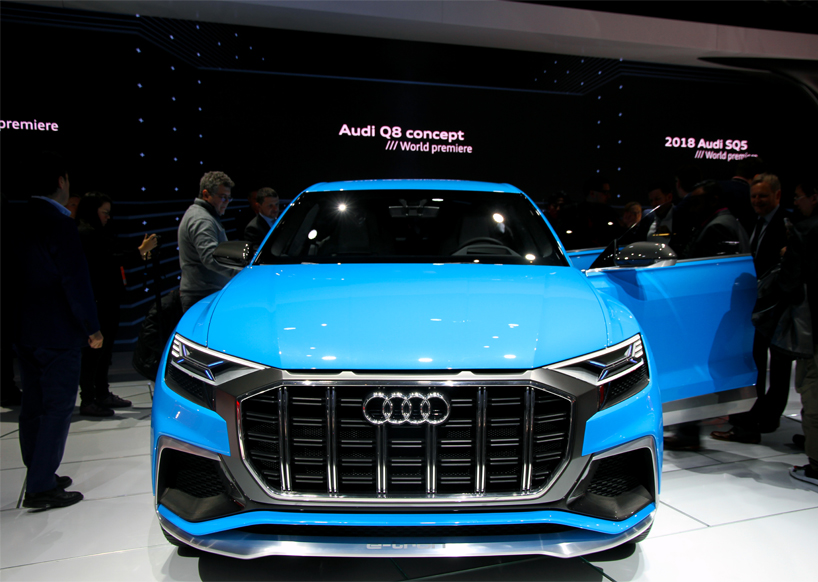 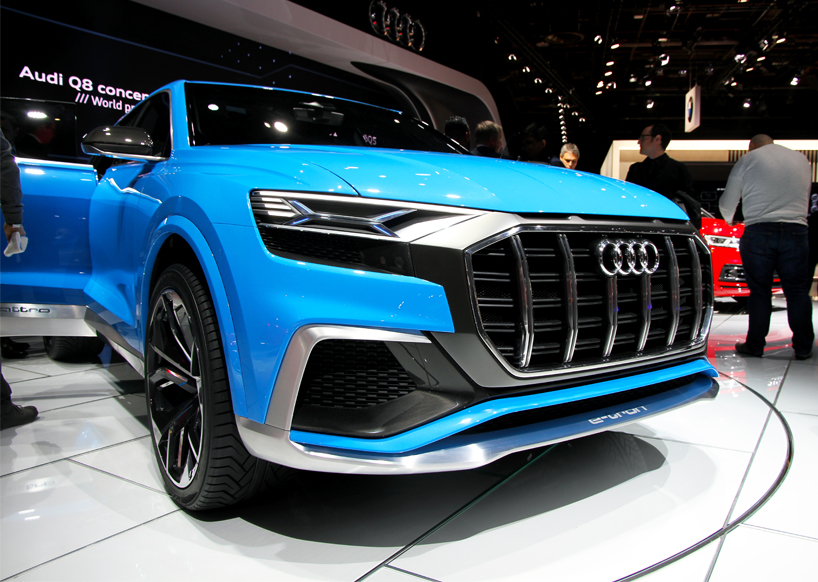 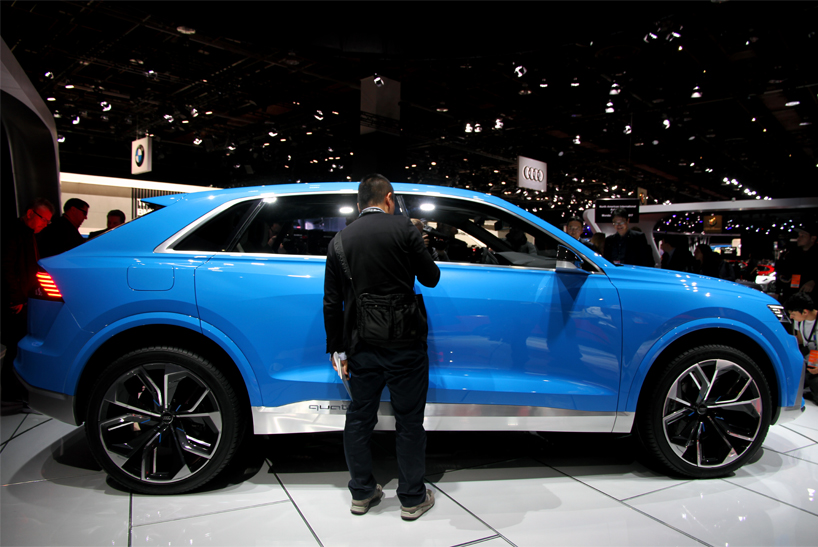 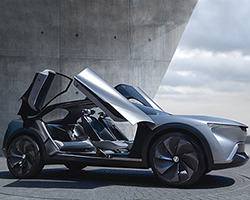 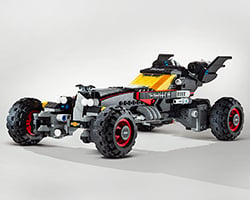 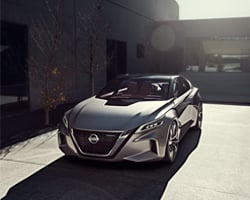 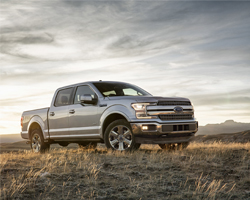 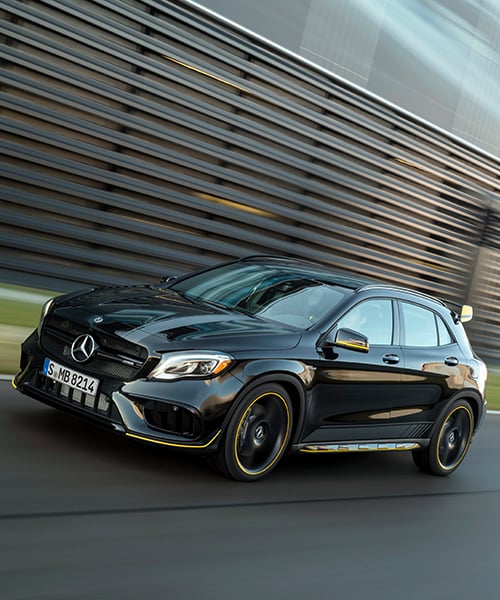 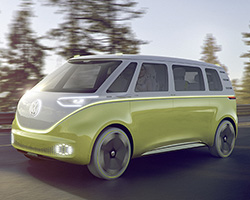 Sep 30, 2020
hy-generation unveils a self-adjusting electric boat propeller without an axis
the hy-generation engine is equipped with patented self-adjusting blades that improve the performance (thrust and speed) and autonomy of ships.
technology
0 shares