AUDI sport bolsters the acclaimed ‘R8‘ range with the limited edition ‘R8’ rear wheel series. even more uncompromising in its pursuit of driver reward, this latest version of the much loved V10 super sports car makes history as the first ever rear-driven series production model, following the success of the ‘R8 LMS GT3’ racing car. 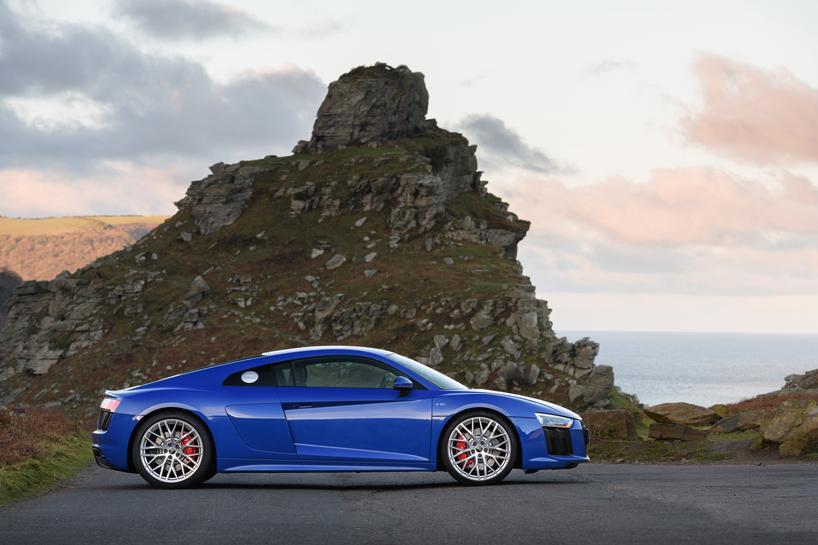 despite the overtly rearward bias in the drivetrain, performance off the line and beyond remains reassuringly breathtaking, with the 0-62mph sprint being dispatched in just 3.7 s and the pace remaining furious until V-max at 198 mph. the mid-mounted AUDI V10 engine, which is now one of the last naturally aspirated powerplants in the segment, produces 540 ps and peak torque of 540 nM (398.3 lb-ft) at 6,500 RPM. its enthralling, visceral sound can be further enhanced by the fitment of a sports exhaust. 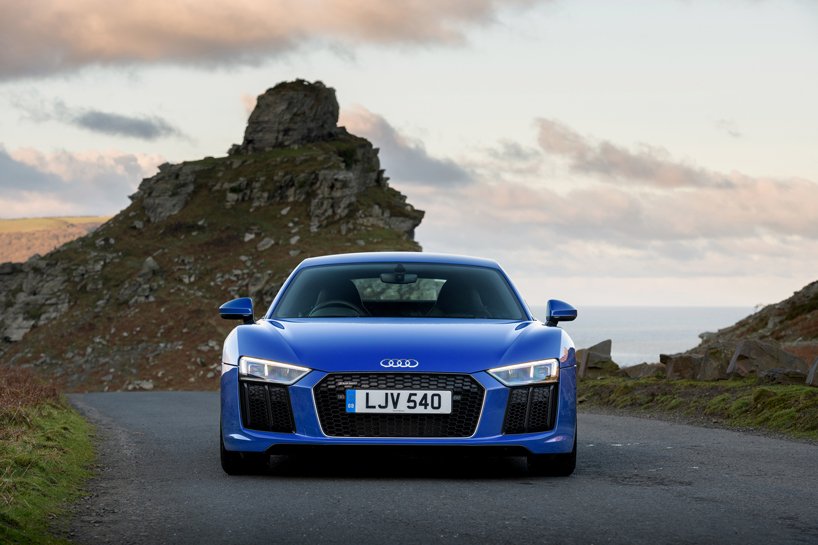 the ‘R8’ coupé weighs 1,590 kilograms (without driver), 50 kilograms (110.2 lb) less than the r8 coupé with all-wheel drive which needs additional components like the propshaft, multi-plate clutch and centre differential. the ‘spyder’ is 40 kilograms lighter than the ‘spyder V10’, weighing in at 1,680 kilograms (without driver). the axle load distribution of 40.6:59.4 (coupé) and 40.4:59.6 (spyder) together with chassis and handling tuning specially adapted for rear-wheel drive provide for particularly entertaining driving. the electromechanical power steering is completely free of torque steer and enables precise handling. 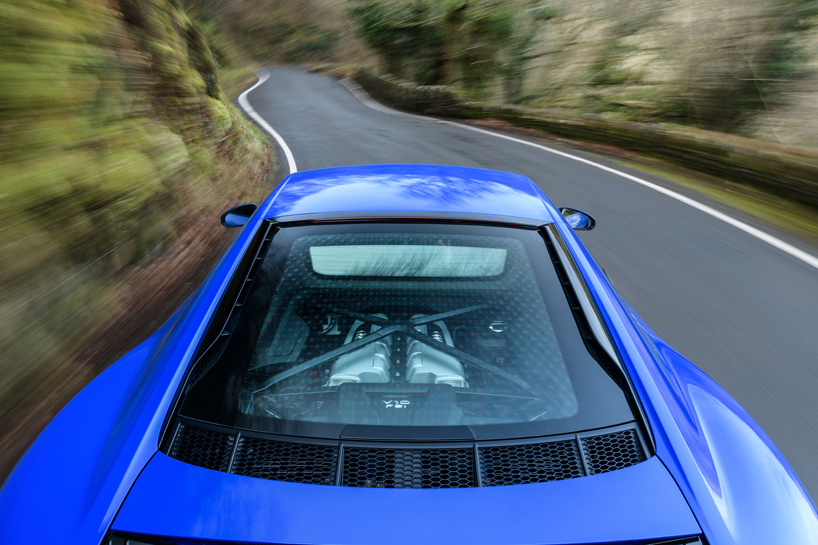 the purebred character of the ‘R8’ variant is underscored by the matt black grille of the singleframe and the matt black air apertures at the front and rear of the car. the upper sideblade of the coupé is finished in gloss black, with the lower blade in body color. similar to the ‘R8 LMS GT4’, a red AUDI sport decal running over the bonnet, roof and over the rear spoiler can be optionally applied to the coupé. 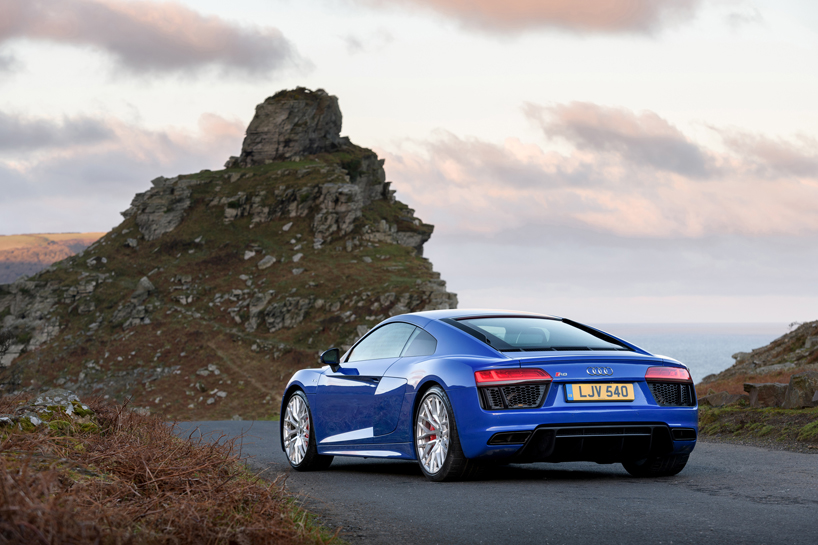 the ‘R8 V10 RWS’ is fitted as standard with black-finished, 19 inch, cast aluminium wheels in a five-spoke V-design, with 245/35 tyres up front and 295/35 at the rear. as an alternative, optional 20-inch forged aluminium alloy wheels in either matt titanium or gloss anthracite black are shod with 245/30 front tyres and 305/30 rears. 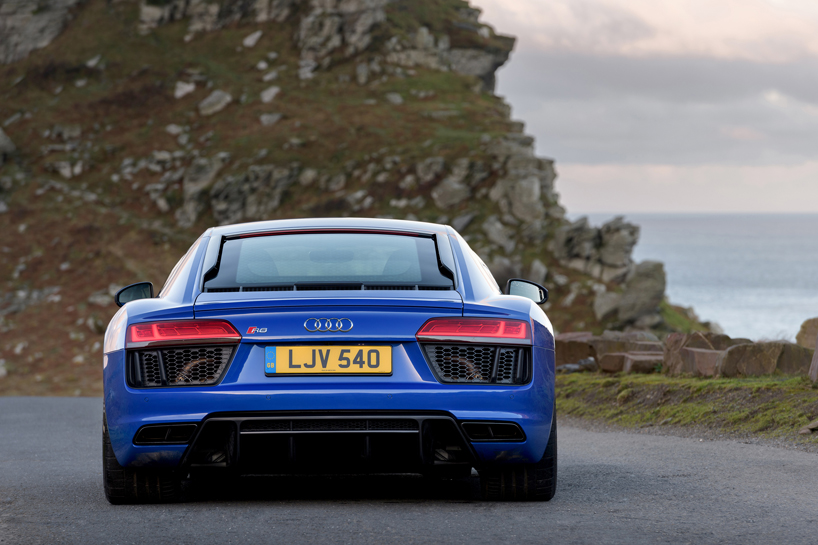 inside, the driver and passenger sit in heated sport seats covered in leather and alcantara. as another visual identifier, the dashboard bears an emblem ‘1 of 999’ indicating the limited number of units. further enhancements can be made to the infotainment and assistance systems on board by specifying options such as laser light extending the headlight range, a specially developed bang & olufsen sound system, the AUDI phone box and smartphone interface. 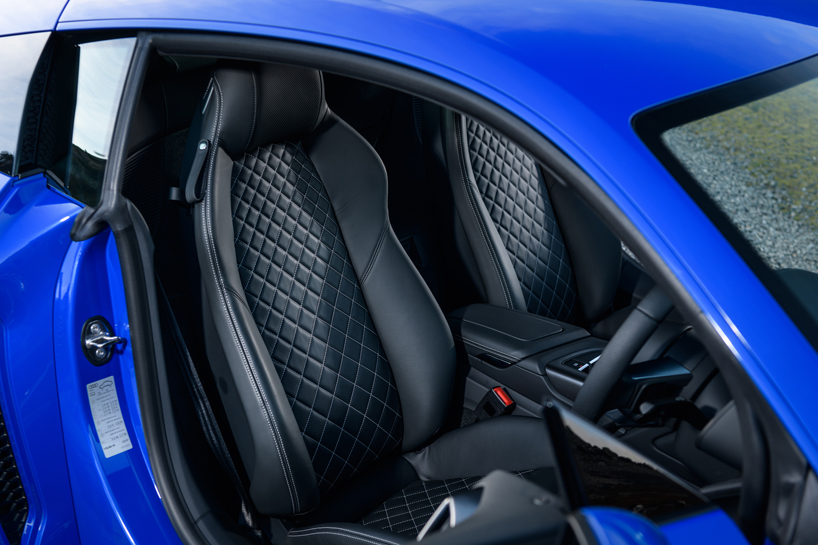 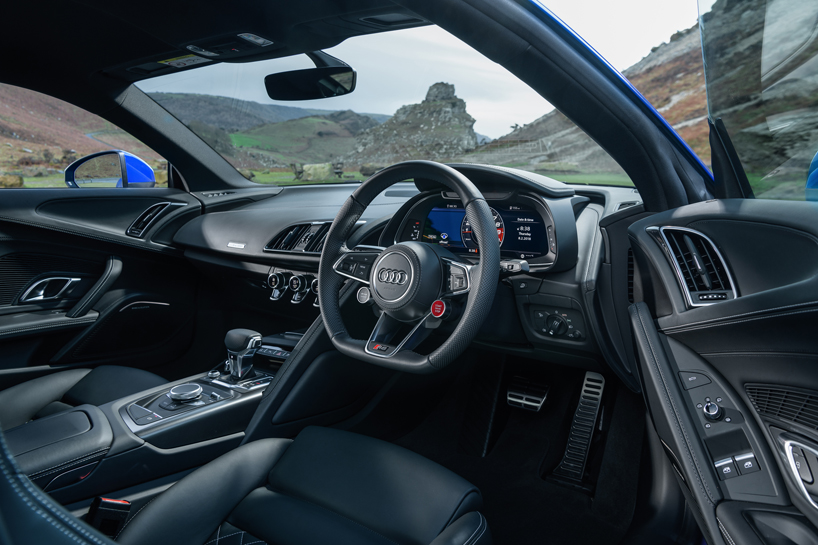 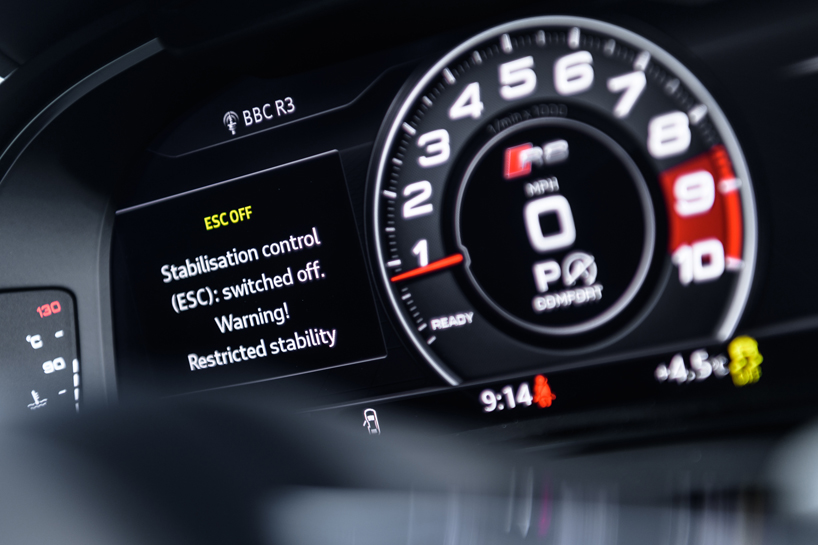 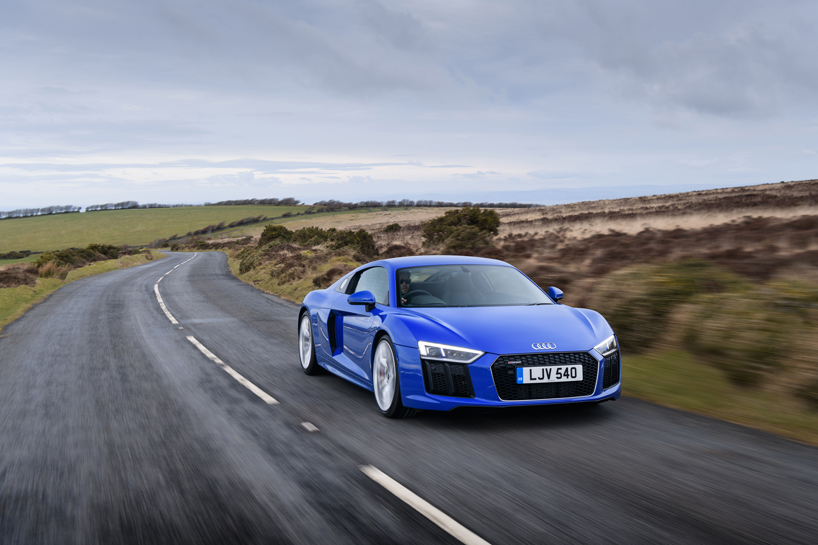 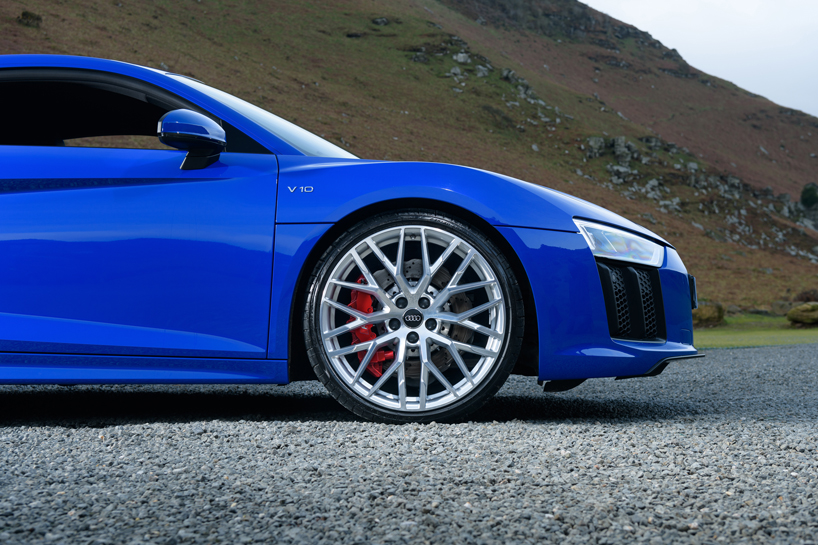