while marketers and publishers have been using augmented reality for some time, t-post has now brought the world of art to fashion with their augmented reality t-shirt. t-post is the first wearable magazine since it is published every six weeks as a t-shirt. for their 51st issue, the magazine created a t-shirt that can be digitally enhanced through augmented reality. the shirt features a black and white image of some rocks, a paper bag and multiple pairs of scissors. however when viewed through a web cam, the t-shirt becomes and interactive game of rock, paper, scissors. a 3D hand pops out from the shirt and interacts with the user, playing against them in real time. 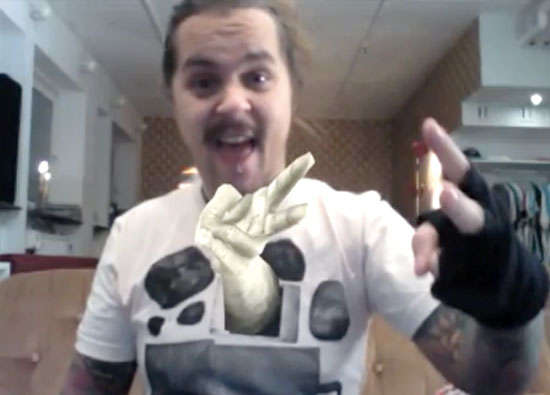 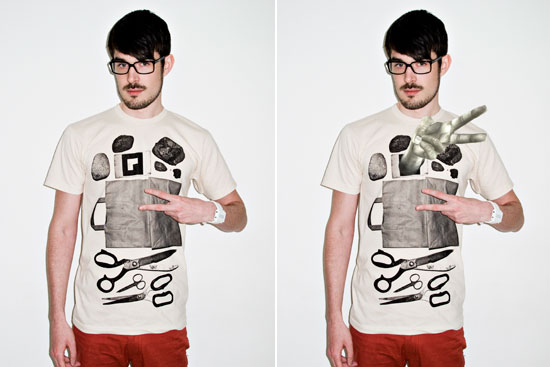 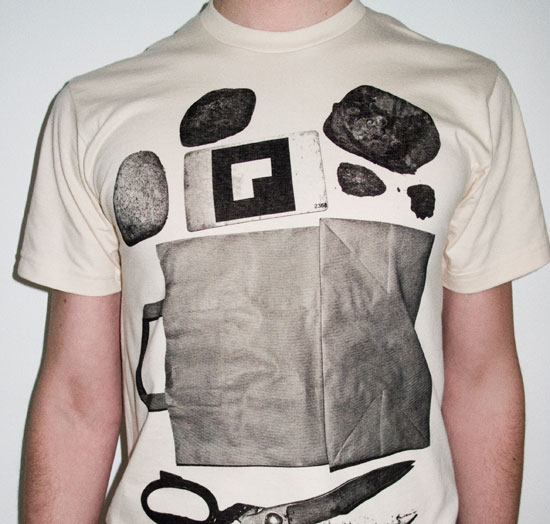 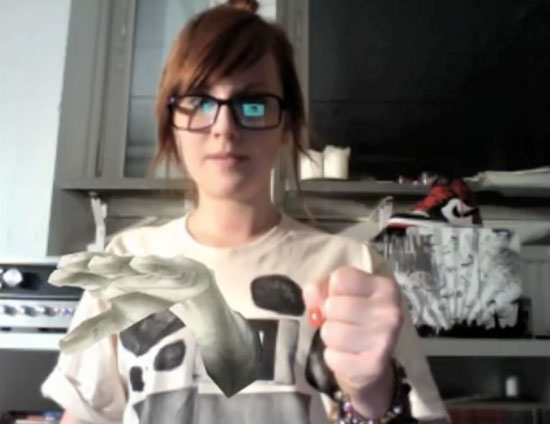