on the bailang river bridge in the city of weifang, in the shandong province of china, stands a mighty installation that takes the title of ‘world’s largest spokeless ferris wheel.’ the ride, which goes by the name of the bailang bridge ferris wheel, measures a total height of 145 meters — already 10 meters taller than the world-famous london eye. kitted out with 36 carriages all able of hosting 10 people, the landmark will be open for the public to ride,and even boasts wifi and individual television sets in every carriage should you get bored of looking out at the magnificent view of the bailang river. 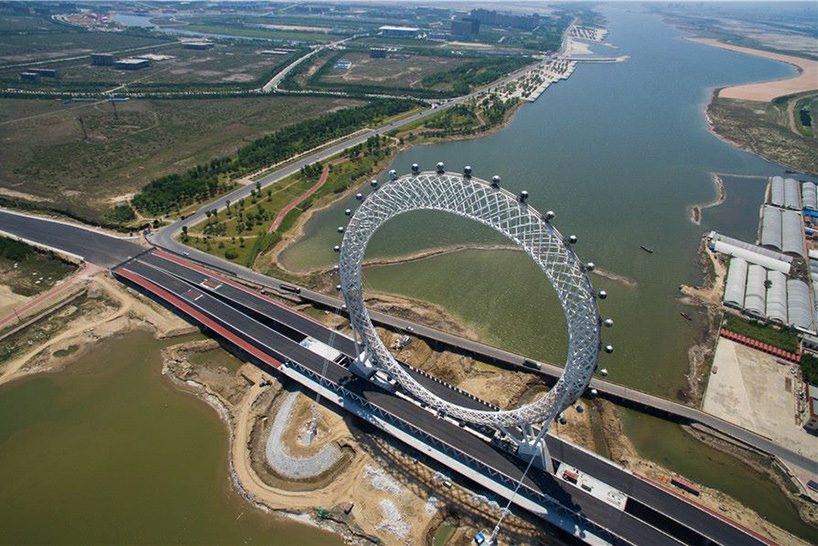 the structure marks the first time that a spokeless ferris wheel has been constructed with a grid design. the wheel is planned out using the same design structure as a kite, explain chinese newspaper xinhua, who have photographed the magnificent monument. general superintendent sun xuping from china construction sixth engineering division—the team behind the project—explains to the tianjin tourism information network how the spokeless structure works, noting that ‘the body of the ferris wheel does not rotate, instead, a built-in running gear rotates the cars around the circle.’ 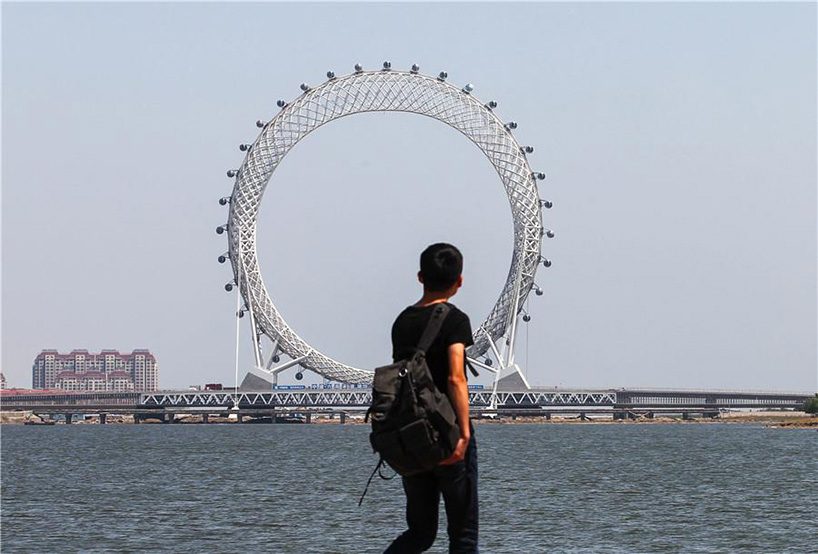 the construction of the bailang river bridge wheel tops the size of the famous ‘turn of fortune’ spokeless ferris wheel which was also built in china, in a city of changzhou, jiangsu. the team behind the project have high aspirations for their eye-caching new ride, elaborated that ‘we sincerely hope that the ferris wheel will become the landmark architecture of urban landscape of weifang.’ 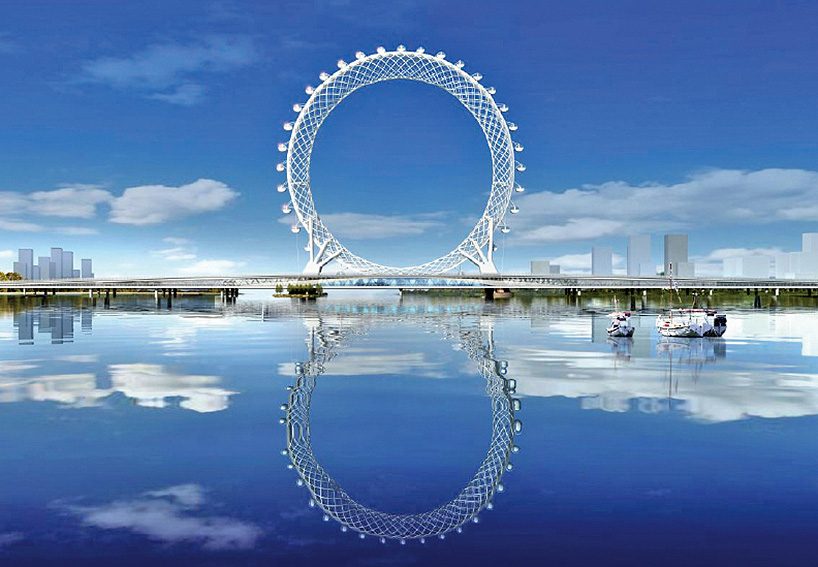 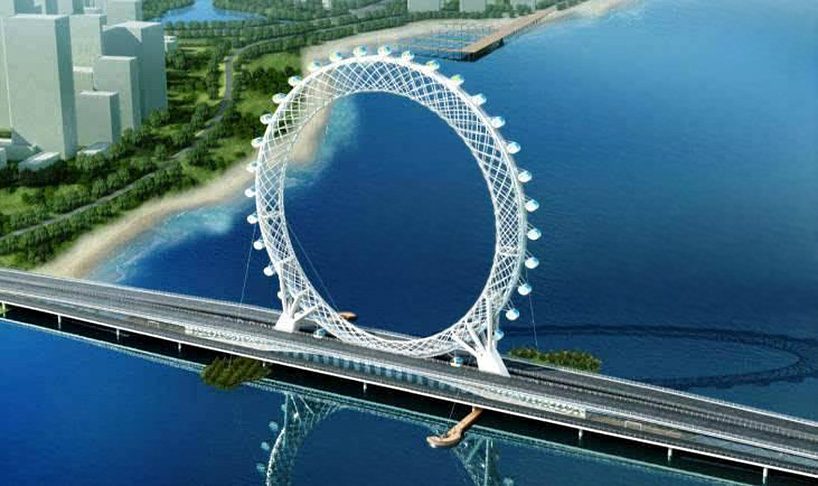 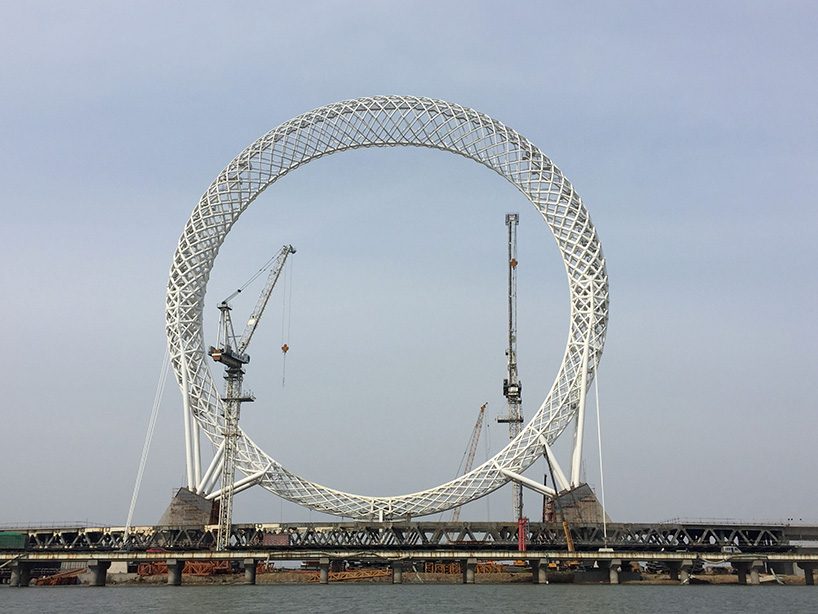 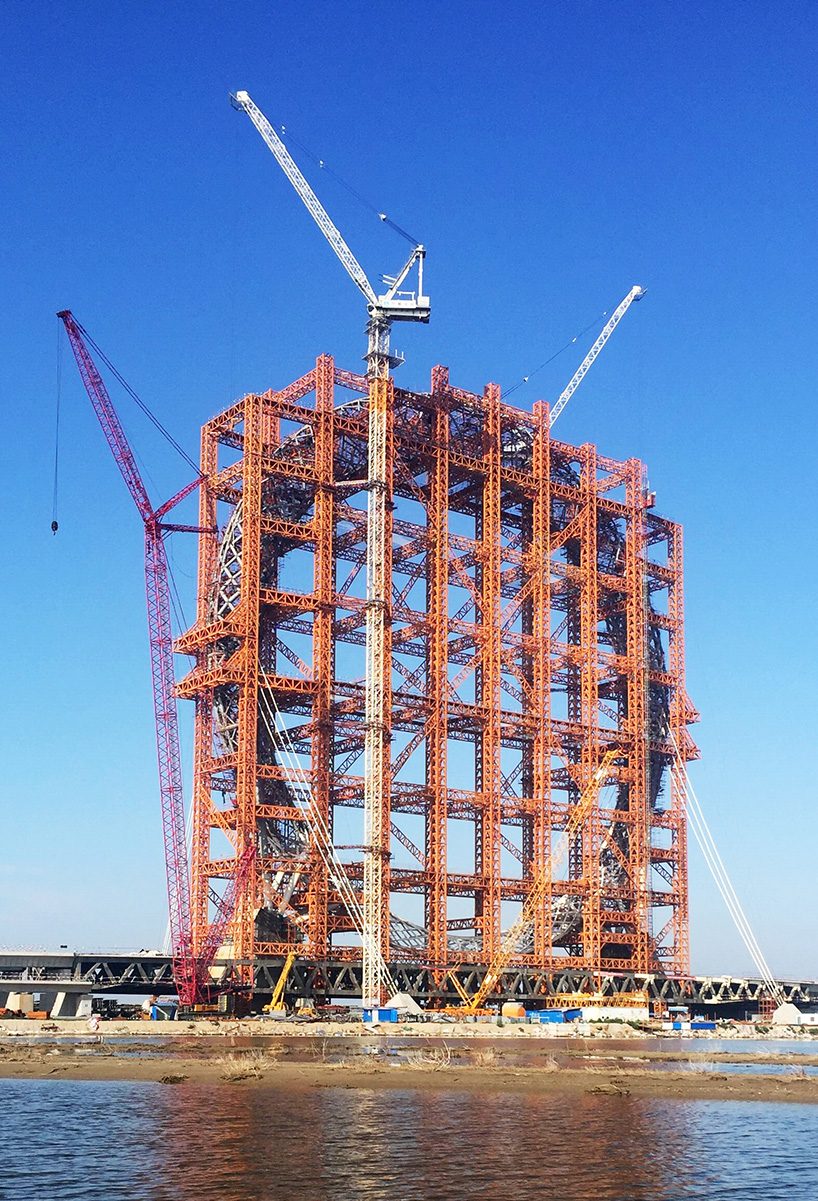